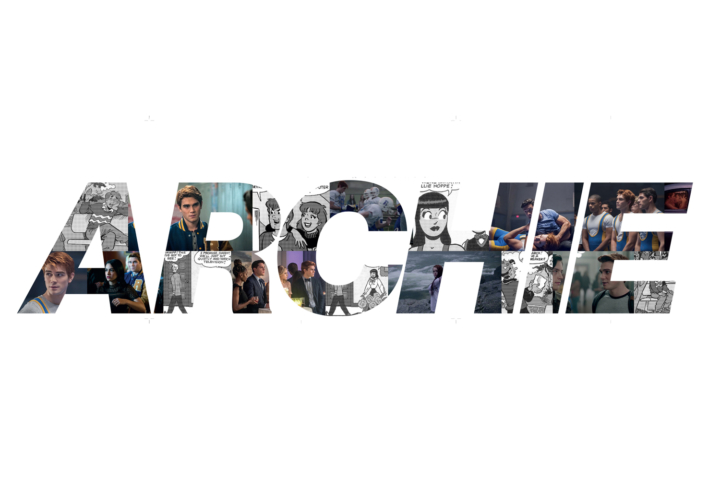 Who is hotter: Betty or Veronica? This is the unanswerable question at the heart of the Archie comics franchise. The characters first appear in a serial comics anthology in December 1941, at which point the dilemma of Archie Andrews, the work’s protagonist and the object of the girls’ desire, is introduced: Should he date Betty or Veronica? The ensuing seventy-seven years have seen an empire of publications, films, television shows, albums, and video games built on Archie’s fundamental ambivalence.

The most recent of these is Riverdale, a teen drama TV series whose first season aired early last year. It takes its name from the fictional small town in which the Archie comics universe is set: a generic Connecticut or Massachusetts idyll populated by American teens, malt milkshakes, varsity sweaters, and truant officers. At its center is Archie, the high school student whose whiteness and maleness are written as neutral in the midcentury imaginary, positioning him as just a representation of the average teen. He is joined by Jughead Jones, who is characterized in the original largely by his antipathy toward women and work, and Reggie Mantle, a hunky frenemy. Betty Cooper is a friendly blonde, and Veronica Lodge, a selfish brunette; together they represent white womanhood’s two genders. Produced by the CW network, the new Riverdale adaptation subjects this postwar fever-dream readymade to a Gossip Girl treatment, with its attendant renderings of intimacy and betrayal. Particular, however, are the detours the series takes — through murder, drug wars, rape revenge, anti-gentrification protest, protofascist vigilantism, survivalism, gay conversion therapy, and the prison-industrial complex, among others. A second-season story arc uncovers the town’s illicit economy of a fictional drug with a profile similar to MDMA: jingle-jangle, or “the JJ.” These kinds of dramatic departures from Archie convention place the Riverdale universe in a temporal uncanny, where its WWII-era stock characters are retrofitted for eternal youth.

Riverdale’s version of Archie has two defining features, of which only his red hair is canon. The other — his newly muscular body from working at his father’s construction company over the summer — is a significant deviation from Archie’s historical averageness. Over the course of just the first episode, the show’s characters describe Archie variously as “hipster Prince Harry,” “Justin Gingerlake,” and a “red-headed Ansel Elgort.” A viewer might picture the series’ writers’ room using a document with two columns to generate epithets such as these. On the left would be a list of vapid and uninteresting famous men, and on the right, character attributes that define Archie. The latter would contain mostly just different words to describe red hair. As is the case with similar protagonists in the mold of the white male neutral, Archie is largely free of personality. Life and its variations happen in the periphery, and Archie stays the Riverdale universe’s bland central core.

An upgrade to Archie’s beauty works at justifying his desirability to the Riverdale women, which in turn reiterates the Betty-Veronica rivalry that’s spawned three quarters of a century’s worth of cultural production. Betty is the paragon of virginity, literally the girl next door, which, in this adaptation, conveniently occasions views of Archie’s hypertrophied teenage chest through their adjacent bedroom windows. Veronica arrives in Riverdale from New York City in the first episode, wealthier and more soignée than her provincial counterparts, and is cast here as a white Latina. Betty and Veronica compete for Archie’s attention for roughly the series’ first ten minutes, after which their historic rivalry is largely resolved. Their interest in Archie wanes, and they instead become best friends. They make out at cheerleading tryouts (as a stunt; “faux lesbian kissing hasn’t been taboo since 1994,” says the ever-perceptive Cheryl Blossom).

Jughead provides the series’ diegetic framework with a voiceover narration, ostensibly reading passages from the “novel” he’s often seen typing into a word processor on his laptop late at night at Pop’s Chock’lit Shoppe. (A significant number of plot devices are made possible by the fact that no one in Riverdale ever visits any other restaurant.) The prose, as well as the fact of its composition by a teenage misanthrope in a diner, is very tumblr, but happens somehow in obliviousness of the internet. Jughead calls the work “Riverdale’s very own In Cold Blood.” Veronica calls Jughead “Riverdale’s very own Holden Caulfield.” Imagine Holden Caulfield writing In Cold Blood, and you get a sense of what Jughead is going for.

Our story starts, Jughead tells us, tapping at his keyboard, with the disappearance of Riverdale High’s star quarterback, Jason Blossom, twin brother to Cheryl. (Both characters are drawn from the comic books’ minor arcana.) Jughead draws a discontinuous image of Riverdale, where its social surface obscures some deeper violence — a setting with an explicit precedent in Twin Peaks. Jason goes missing while boating with Cheryl at Sweetwater River, and his body is later discovered punctured by a bullet wound. Riverdale is designed in Twin Peaks’s image, where the traumatic loss and recovery of a body at water propels an investigation, the course of which exposes the latent chaos of the sleepy American anywhere. Despite its ostensible location in the American Northeast, Riverdale is filmed in Vancouver, under its characteristic glowy overcast. The series uses the woods of the Pacific Northwest as a theater for Jason’s disappearance (as did Twin Peaks for that of Laura Palmer) as well as for the background of its title sequence. These visual references are striking, not only because of the differences in the show’s formal aspirations. Whereas Twin Peaks rendered the investigative drama horrific by way of camp, Riverdale recycles camp as gloss, a smooth spectacle of the psychic otherwise of American life.

The two series also share actress Mädchen Amick — Twin Peaks’s teenage waitress Shelley Johnson has grown into the owner of the Riverdale Register and mother to Betty. Riverdale follows comparable CW teen soap dramas by including the central cast’s parents as independent agents, but some of these parents to famous teens are former famous teens also, notably Archie’s parents, Molly Ringwald (of Sixteen Candles, Pretty in Pink) and Luke Perry (of Beverly Hills, 90210), and Jughead’s dad, Skeet Ulrich (of Scream). Another anachronous appearance in the Riverdale timescape is from New Queer Cinema director Gregg Araki, who directs an episode in the second season. In it, Veronica’s dad, Hiram Lodge (played by Mark Consuelos, real-life husband to Kelly Ripa) invites Archie to a wrestling match in a symbolic battle over the patriarchal custody of Veronica (who Archie is, for now, dating). As Riverdale High’s wrestling team warms up in the gymnasium, a tracking shot from above surveys the spandexed teens, each boy an island of aerobic motion against a matted floor of cobalt blue. Araki’s treatment figures muscular bodies in old-timey, low-cut singlets, a stylized queer erotics of masc Americana.

This wrestling plot, and Archie’s trials to make the team, monopolize nearly the entire volume of the episode, after which the sport is subsequently dropped from the series entirely. This kind of pacing gives Riverdale a strangeness that’s difficult to name, where new information is established and forgotten at such speed that one often gets the impression of having started watching in the story’s middle. What would, in other shows, be constitutive of a character’s identity is here casually introduced or reimagined, sometimes so many times over that it results in wild incongruities. Jughead, for example, begins the series as an emo misfit before becoming a gang leader and engaging in a sort of class warfare against his middle-class Riverdale peers. There’s an odd plasticity to the characters, as though their stereotyped outlines are so distinct that whatever happens inside of them is immaterial.

Hiram’s criminal activity is another example of how endlessly fungible these details can be. He begins the series as a roughly Bernie Madoff-shaped absence, recently sent to prison. His assets are seized by the state, displacing Veronica and her mom from their Upper West Side apartment, and forcing them to start a humbler life in Riverdale. Upon his release, Hiram rejoins the family and begins his amorphously criminal business in Riverdale anew, though now in the style of an organized crime syndicate: there’s disreputable business partnerships, drama about family loyalty, hired goons in suits.

The second season sees Hiram acquire a suite of properties in Riverdale’s South Side in a bid to tether his illegitimate wealth to legitimate commercial operations. Eventually it’s revealed, to great local outrage, that he intends to use this land as the site of a private prison. It’s an anger whose politics are difficult to locate in the Riverdale context — no one here is talking about the injustice of incarceration, or even the possibility of criminal justice reform. Jughead, as a resident of the South Side, and member of its biker gang the South Side Serpents, comes the closest to articulating an anti-carceral politic, but his rejection of the project seems to stem mostly from the dislocation of his community from its home. Elsewhere, residents’ indignation at the prospect of a private prison in their town seems to emerge from a weird kind of law-and-order NIMBYism, where what’s undesirable isn’t necessarily for-profit incarceration so much as its evidence in their lives. Given that the prison industry is just one iteration of Hiram’s evolving and indeterminate criminality, one wonders if private prisons now register as so nefarious in the popular imagination that their development is understood as commensurate with investment fraud and extortion. (They’re plainly worse, but rarely do they make an appearance on cable TV as such.)

Despite Riverdale’s residents’ near-universal objection to the construction of the prison, Archie petulantly defends it, as well as Hiram’s vision of community safety enacted through racialized mass incarceration. His reactionary fixation on security against unnamed malevolence leads him to form a militia of shirtless teens who call themselves The Red Circle. He buys a gun, and takes jingle-jangle to keep watch over his family home overnight. Archie still lives in the idea of Riverdale as it was conceived in the 1940s, even as his surroundings — and political discourse — have been updated, placing him at odds with his family and peers, even. Perhaps an inevitable outcome of the kind of temporal displacement that makes up Riverdale is that the character who best represents the values of the original comics is also the contemporary adaptation’s most retrograde, desperate to maintain a universe in which his talents — his physical stature, his investment in authoritarian models of justice, his characterlessness — maintain his position at its center. 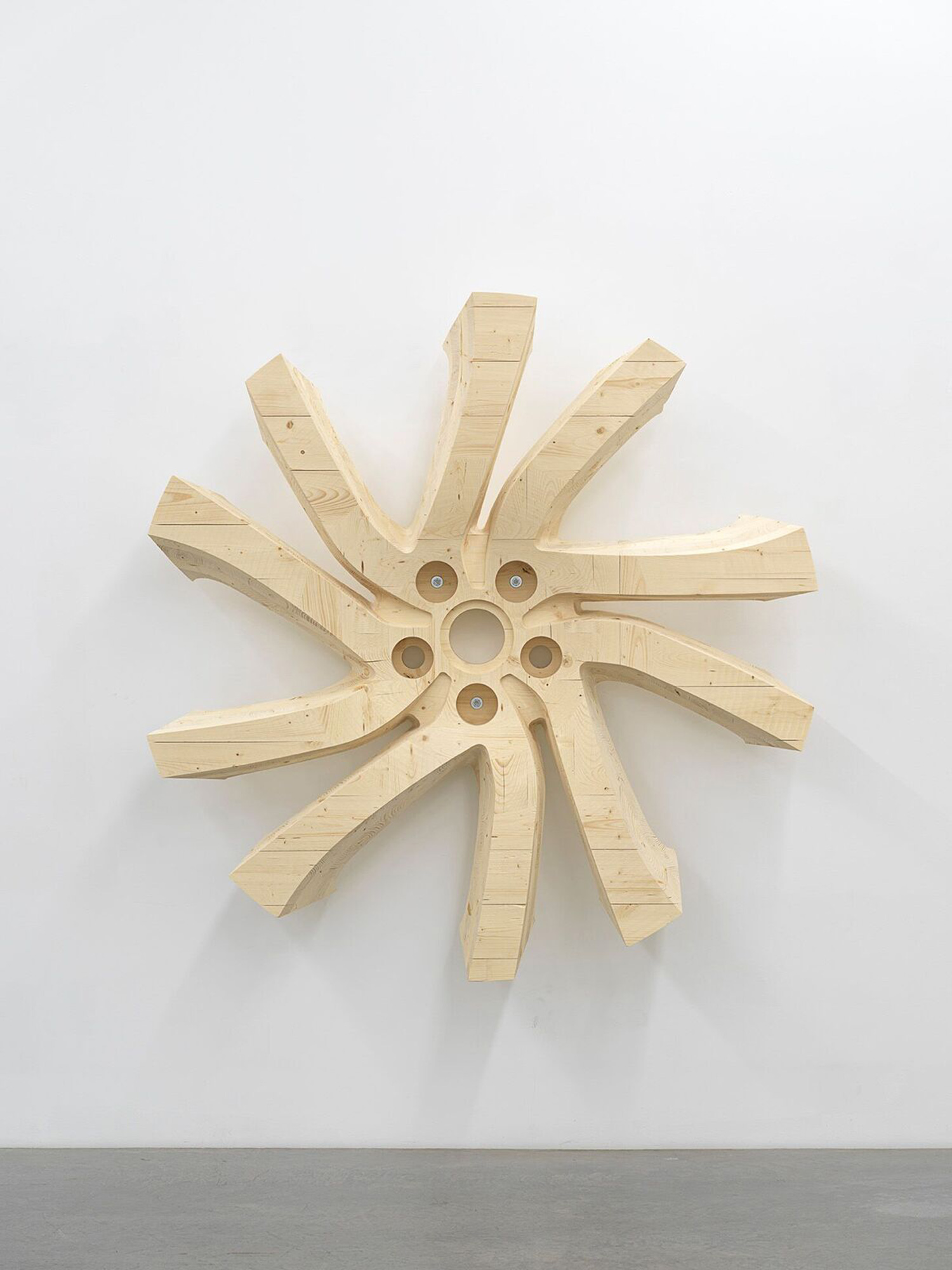