Matt Paweski makes domestically scaled works. The works are modest accumulations of basic wood- and metal-shop techniques — the methods of sign shops and furniture makers. Looking at a work of his, it is easy to track the steps of its production, and every part is usually visible. A typical recent work may be an assemblage of two pieces of wood, two pieces of metal and ten rivets holding it all together. The paint doesn’t cover the surface like a skin, but lightly permeates the wood in careful saturation to highlight the pattern of the grain. Even though you’ll never see it, there’s no hanging hardware on the back. It’s keyholed so that there are no superfluous parts. This is a minor point, but it reveals a lot about Paweski’s deliberate craftsmanship. Cuts in the wood reveal the imperfections of the hand and the thickness of the blade used to make the cut.

Paweski says of his sculptures: “I like the idea of an heirloom, or your favorite chair; an object you have an intimate relationship with for a long time. Your body is engaged with it over time. It might be neglected or you don’t think about it, but that’s how it operates. That kind of intimacy, that’s what I hope to achieve.”

Obviously, as a maker of objects, anything Paweski makes or presents is a new thing, and when we see it for the first time it is new to us. How does he make a work that evokes this kind of familiarity?

Each work involves careful hand-fabrication of parts and the presentation of a few thoughtful details. Every element is calculated for its effect on the physically present viewer. The works hang more or less at eye level. They don’t much exceed one’s shoulder width. Recent forms are like open boxes: a back that touches the wall and supports the work; two sides; and a front or crosspiece joining them. The simple 4/4 rhythm of the form — 1-2-3-4 = front-back-side-side —establishes a pattern. This is the human familiarity within the work, and this is also where Paweski’s slightly eccentric decisions become heightened. Earlier works used furniture forms to the same end.

Paweski is from the Southwest, and he has always lived in the American West. When I asked if he wanted to talk about light and space, he had more tactile and proximate intentions to discuss. However, when pressed a little further, he confesses to a lightness in the recent work. “They are breathy. I like that there’s a breeze going through them… A dusty breeze going through the kerfs. They’re all on the wall, so that stops you, but they’re almost like passages. You go through them. Which is a nice way to think about sculpture. They almost whistle.”

Paweski’s sculptures are premised in basic formalism. They are mostly open space defined by planes and lines. He shapes space, appearing to stack volumes by color shifts or other slight variations.

One recent work, Prom Night (2013), takes a shape like a bow tie or two triangles meeting at their points. Typical of Paweski’s work, this is a clear and simple drawing. The two converging triangles push the viewer’s eye toward the center. Once at the center, where the points meet, the line is softened. The triangles have been pushed hard against each other and appear to fold or curl, like the top of a soft-serve ice cream cone. Closer examination reveals that this apparent soft and organic motion is really just a cutting trick — two well placed little curves opposite one another. There’s nothing soft here; this is a single piece of wood, and instead of two points gently succumbing to force, what is really present is a very fussy little cut. Anyone familiar with wood’s brittleness could be made a little uneasy by this realization. There is so little wood left that the back plane could easily snap in two and ruin this careful cut. There’s an extremely dynamic tension between the aspect of drawing, which suggests softness, and the shop work that suggests risk and material failure. What might otherwise be seen as a carpentry blunder is so deliberately made that there is a tension between ideal craft and material misuse.

This makes the front bar in this piece extremely important. It is holding the two sides firmly so this fragile and delicate moment can last a little longer. In fact, taking the very long view, at some point it is absolutely inevitable that this back plane is going to break at the point of the triangles, maybe in five, ten or one hundred years—it all depends on how the sculpture is cared for. This front plane/bar is the temporary guardian of the back plane. This puts the back and the front in a dualistic and symbiotic relationship. The front bar is a line that pushes out or expands, the back plane contracts and pushes in. As all of this material tension plays out, there is still the element of drawing. Two graceful, dipping curves into the front bar add a vulnerability to its function, but also suggest a gun stock or household furniture. Trapezoidal planes form the sides, sending the lines of the piece in alternate pinwheeling directions. Straight kerf cuts contribute more visual weight on the wider bases of the two pointed triangles. It is all a very well planned and executed composition. Yet, at first glance, it is as familiar and mundane as a spider web in your home — a collection of lines and materials in which very small, ordinary and fierce dramas are enacted.

Robert Heinecken liked to describe himself not as an artist or a photographer but as a “paraphotographer.” He explained that…

Douglas Fogle: About the mattresses… Kaari Upson: I saw them as this intermission, a project between two very large acts, a…

Madness and Reason in the Minimum Security Studio by Gea Politi Visiting Sterling Ruby’s studio in Vernon, California, you are… 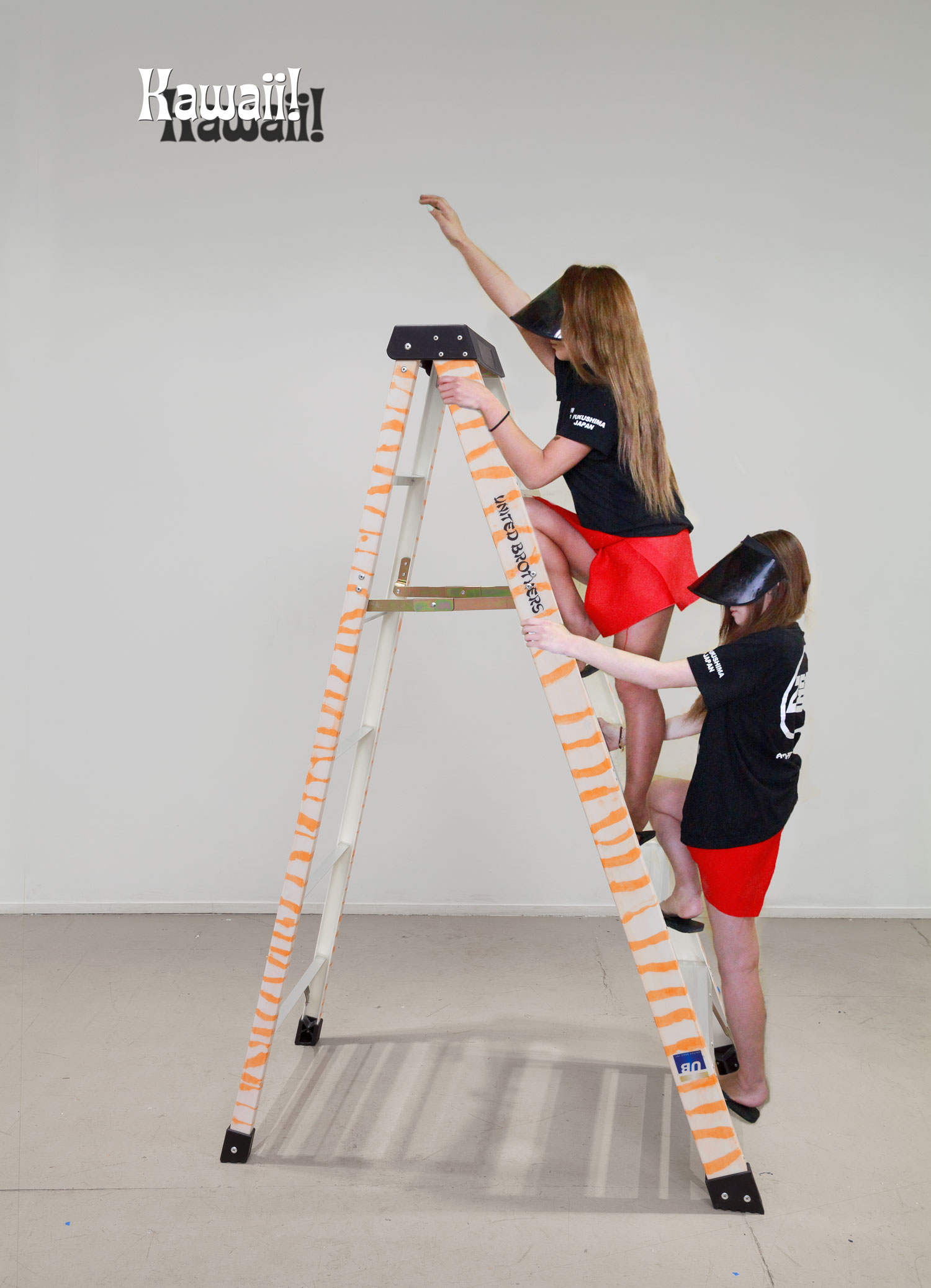 Amy Yao’s little beauties, shiny, glassy, delicate life-size fetishes, seem to play on our lost innocence. They are remnants of…