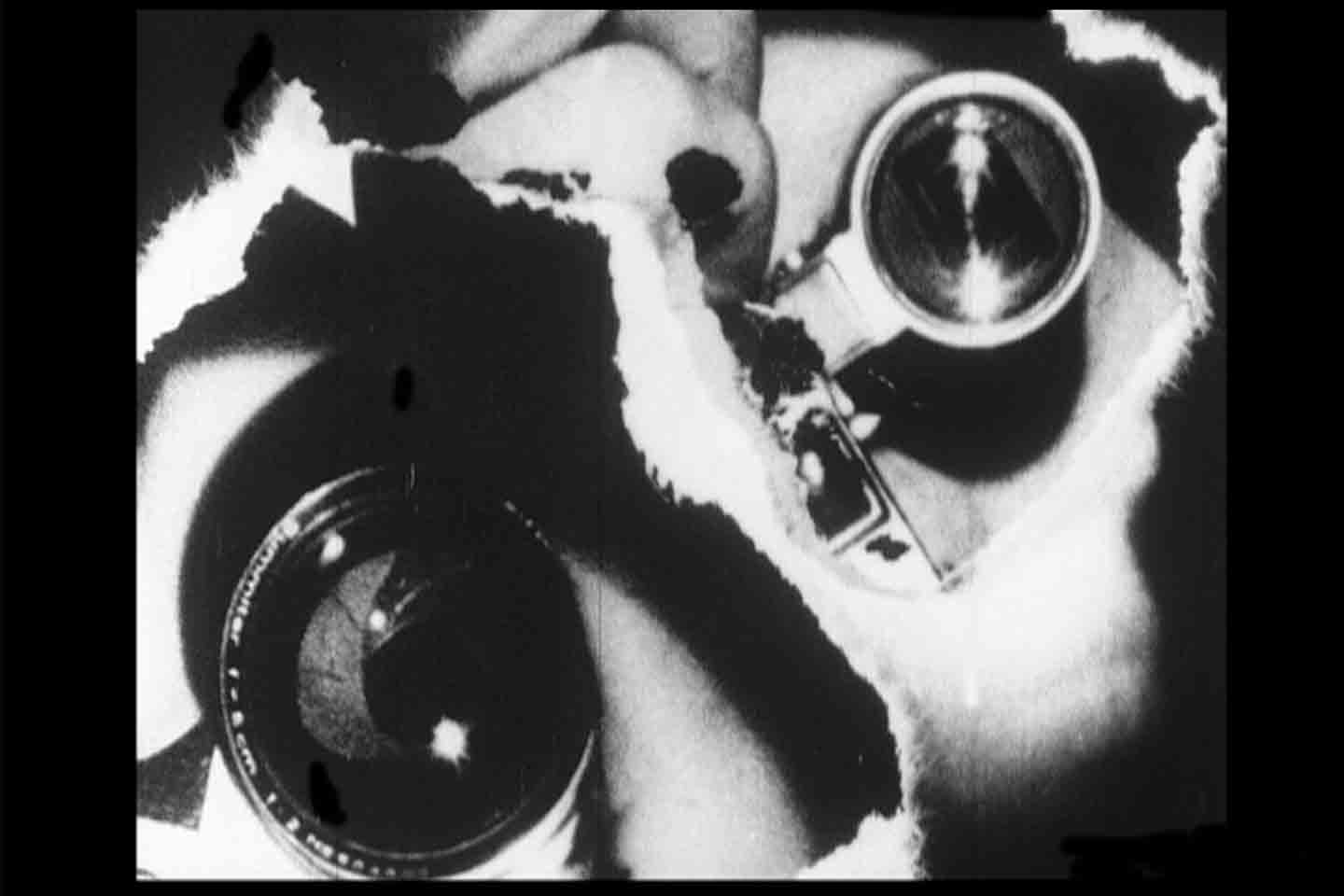 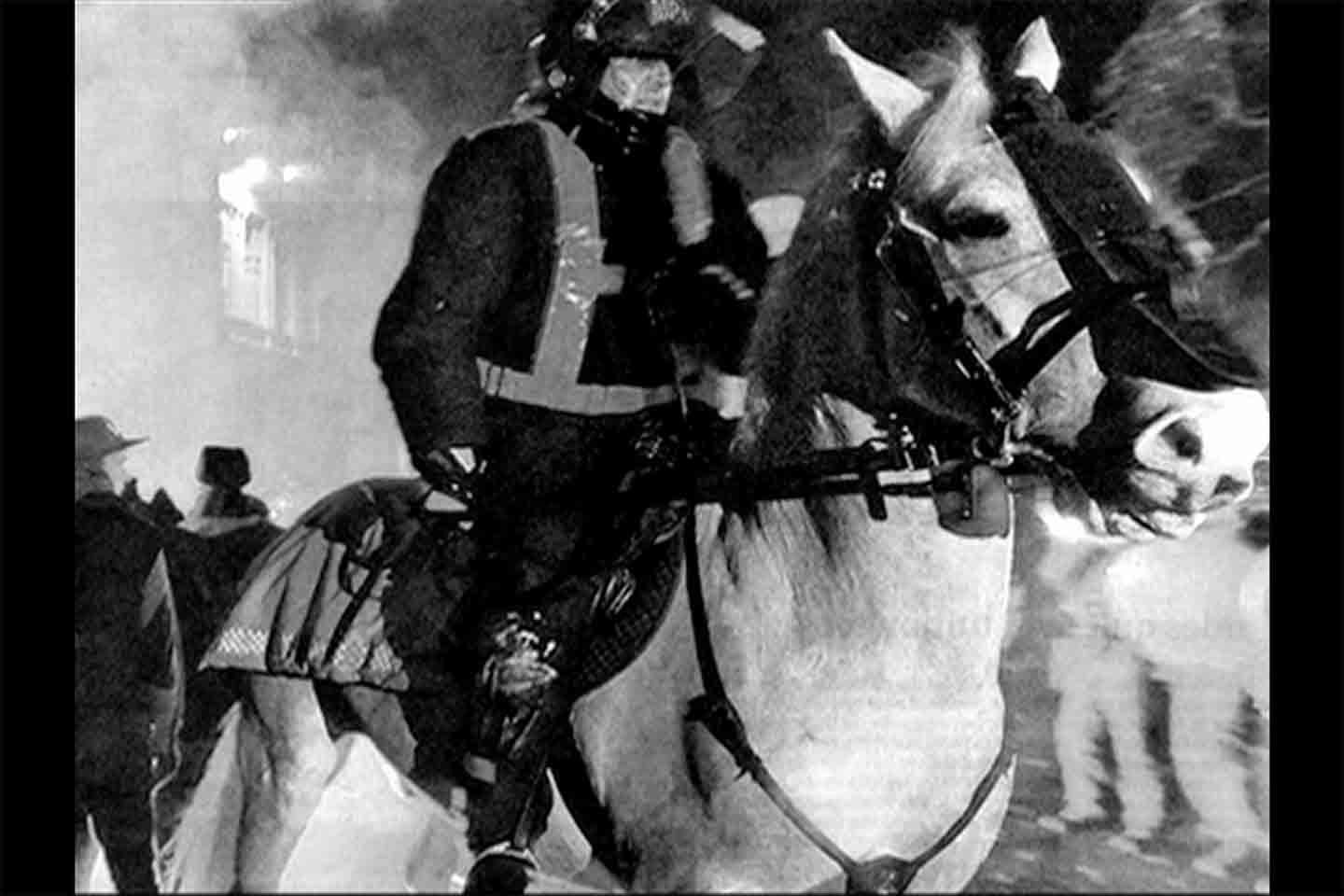 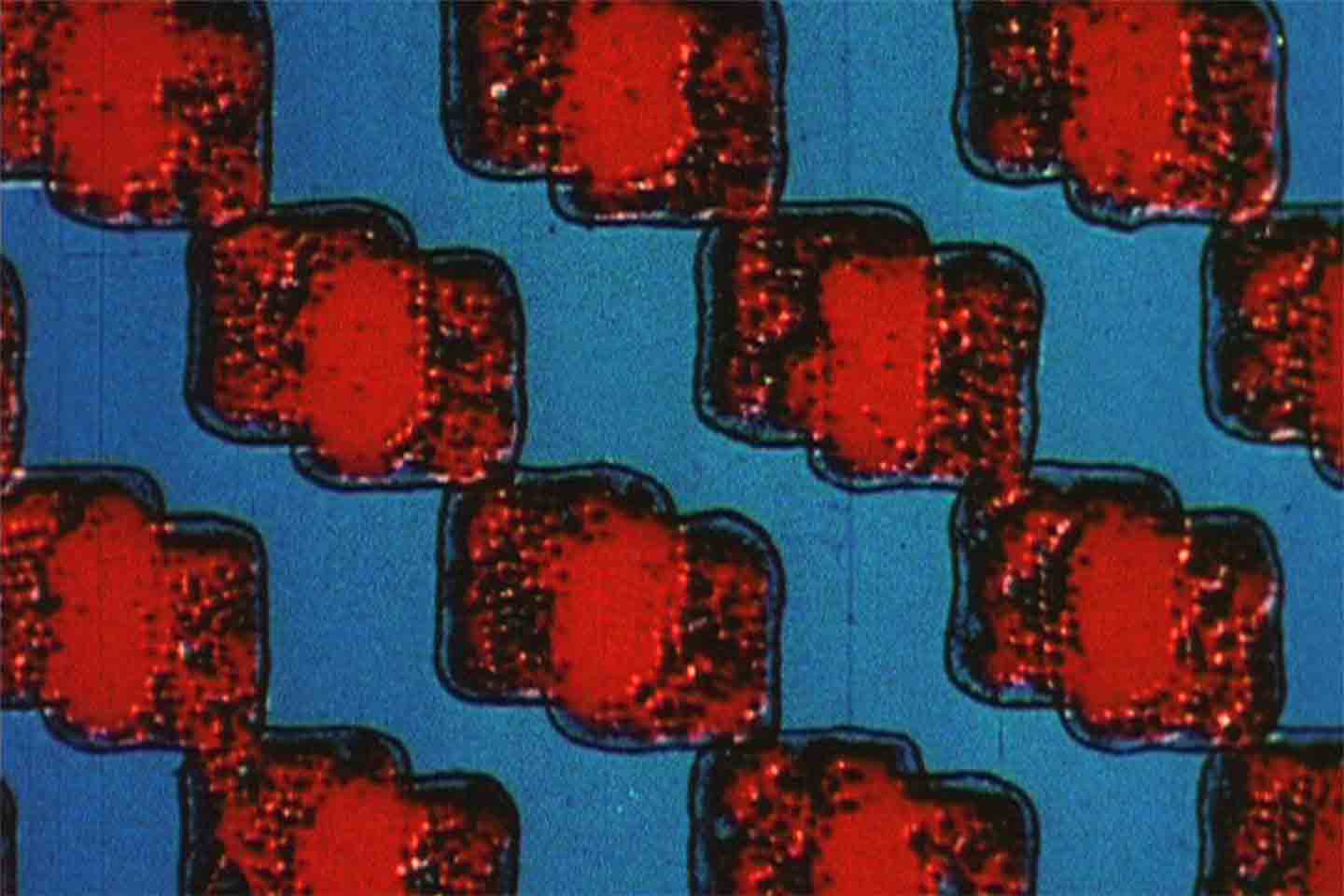 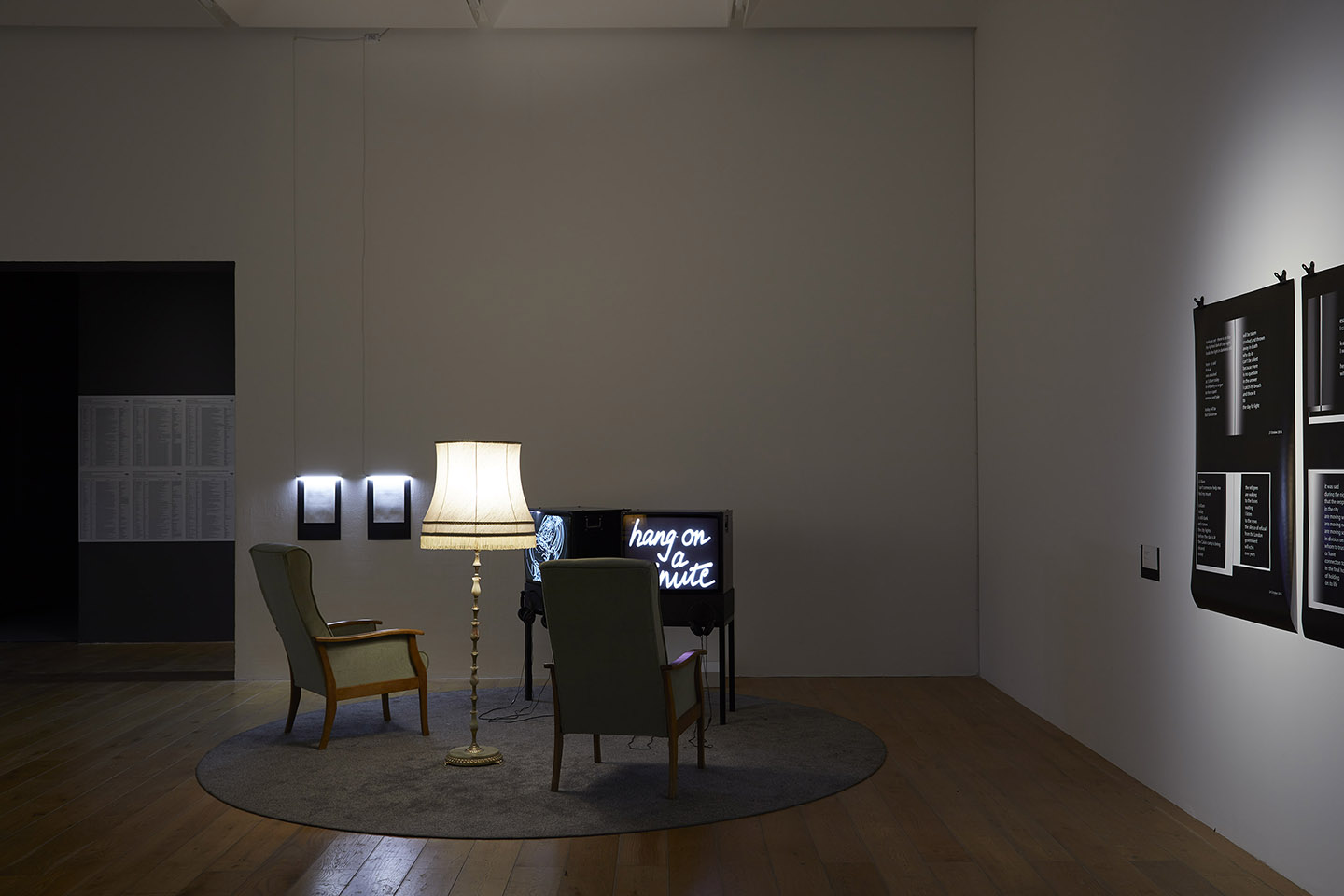 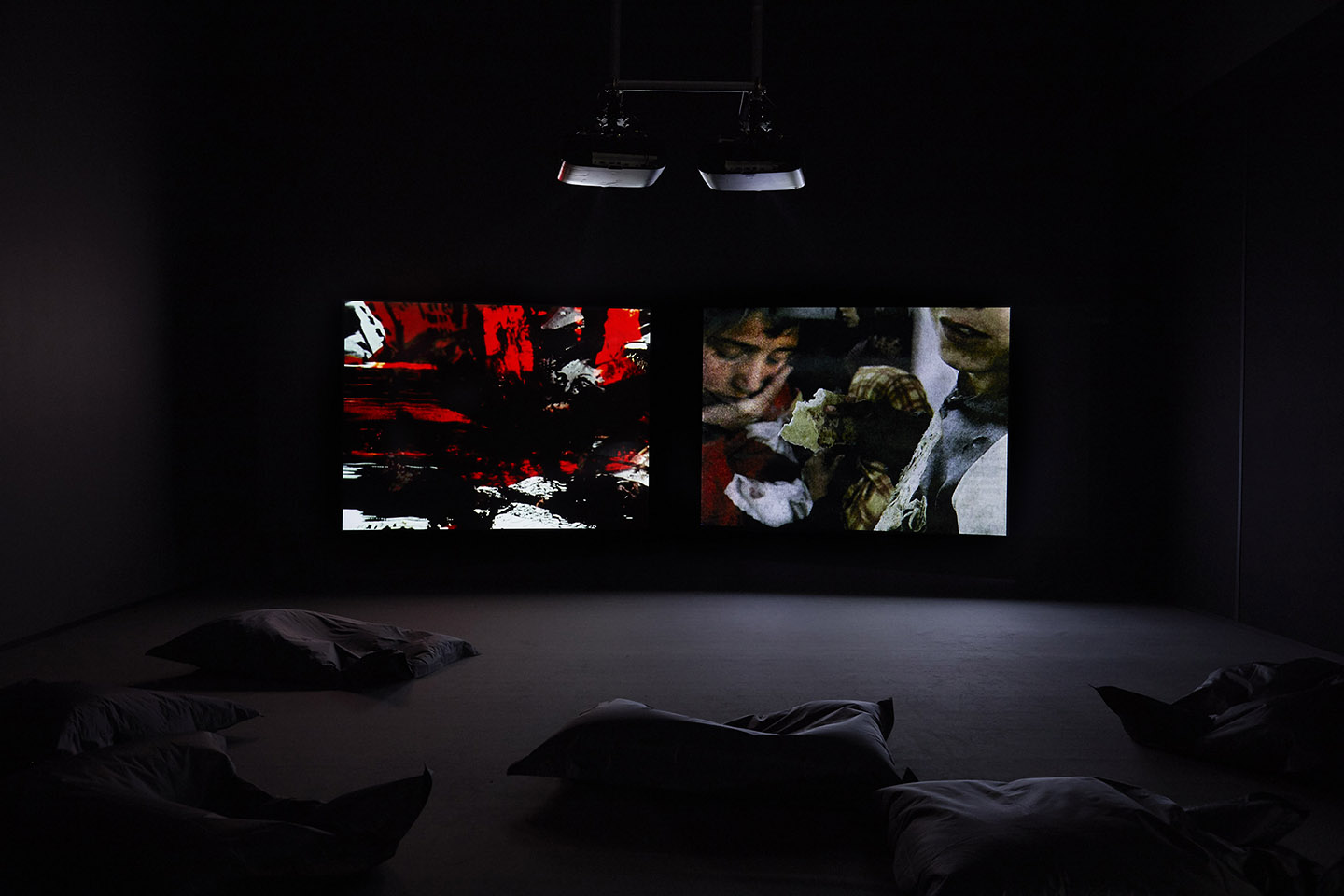 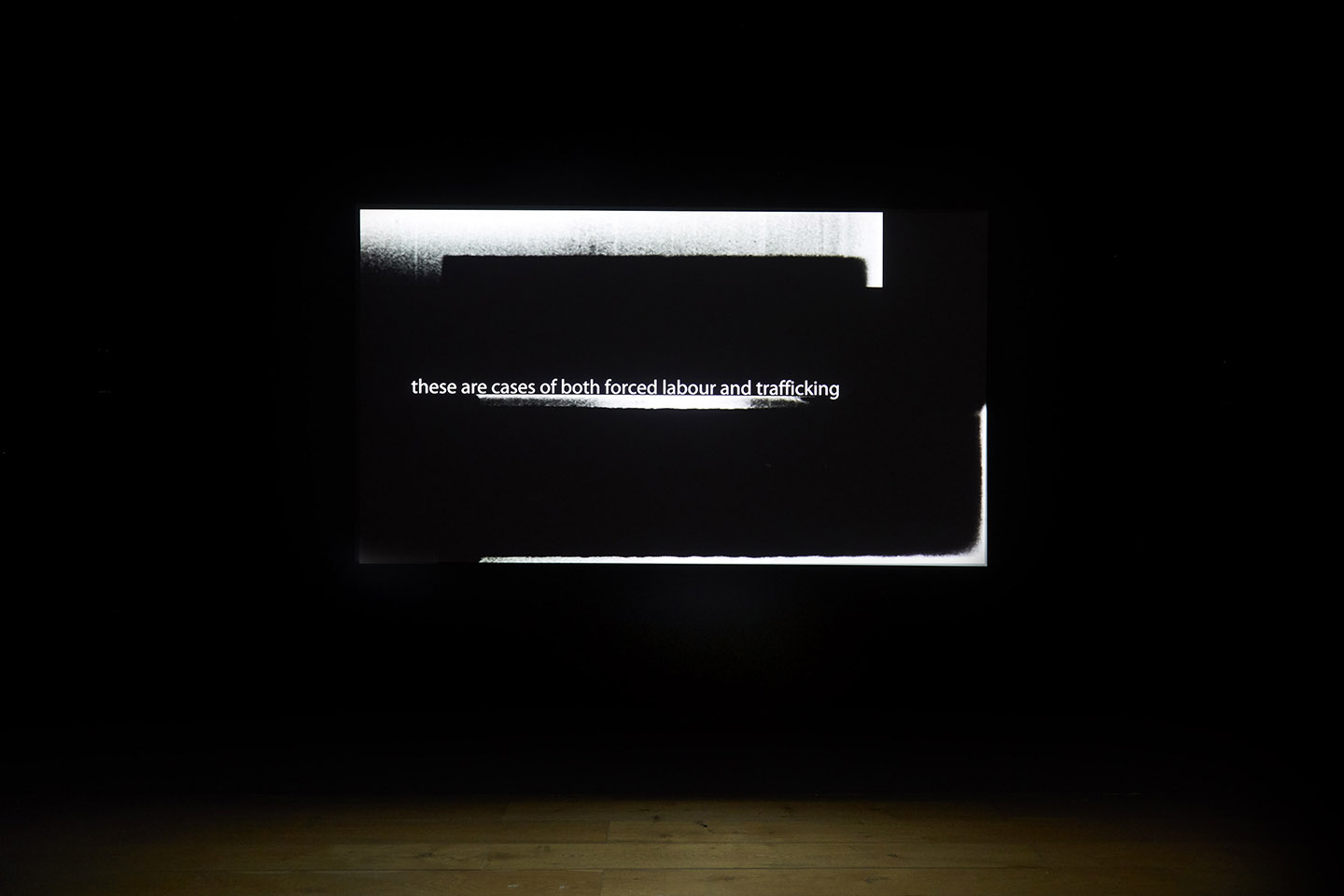 This summer, all four galleries at Nottingham Contemporary are dedicated to the largest survey exhibition of Lis Rhodes to date in the UK. The artist is not only a pioneer of experimental filmmaking and visual essaying, but also an activist and educator whose artistic and cultural practice incorporates a fierce political agenda. Drawing from semiotic approaches, Rhodes interrogates, pushes the limits of, and deconstructs the cinematic language to reveal structural power imbalances within society and to explore sociopolitical matters such as migration, the so-called refugee crisis, labor exploitation, and patriarchal oppression. The exhibition includes a new commission and a parallel screening program.
Works from the artist’s five-decade-long career are not organized in a chronological order. Rather, media experiments, visual essays, and histories of resistance in printed form are interwoven to give background to the filmmaking process and to provide breathing room between a vast array of moving-image works. Dresden Dynamo(1971–72) is Rhodes’s first experimental film, an abstract composition made of overlapping sonic and visual codes created without a camera or an audio recorder; its piercing sound encroaches on the other works in the gallery. The exhibition also includes four episodes of the series Hang On a Minute, commissioned by Channel 4 in 1983 to be broadcast between advertisements. Shown on old-fashioned TVs staged within cozy ’80s-style living rooms, the short films are rescued from oblivion; meant to address everyday topics, the majority of them were originally considered too provocative to air.
Gems such as Running Light, Dissonance and Disturbance, and Ambiguous Journeys, her latest work, deliberately play with the discursive texture of photographic black-and-white archival material, text, and the artist’s own voice-over. One final element is required to complete the works: that is the viewer’s engagement with the enduring abuse of power and lack of humanity that permeates the world today.