A vast colony of ants is devouring the world. They make quick work of it. Britain doesn’t stand a chance, and America is quickly gobbled up. Three regions survive longer than the rest: South America, Africa and Russia. The audience is kept guessing: Which will be consumed last? It is Russia? This astonishing event is documented in a video by Rivane Neuenschwander in Contingent (2008). He covered an image of a world map with honey and let the ants do what comes naturally. With the video sped up, it takes them just over ten minutes to make the world disappear.

The video appears in the final “act” of “Keeping It Real,” a four-part exhibition at the Whitechapel Gallery of works from the Dimitris Daskalopoulos Collection. The shows are part of an ongoing program at Whitechapel that offers public access to rarely seen collections, and the four parts of the exhibition have loose curatorial themes, this one given the subtitle “Material Intelligence.” According to the exhibition statement, the idea is to “forge a direct link between art and everyday life,”with pieces by many significant contemporary artists, including Martin Kippenberger, Gabriel Orozco and Arturo Herrera. Unfortunately, this description does little to illuminate the works chosen, and instead feels like a somewhat superficial overlay placed upon a wide variety of artists and styles.

There is no denying the quality of the works however. Two pieces by Cady Noland — the influential yet notoriously exhibition-shy US artist — are displayed, both of which reek of disillusionment with the American dream. One, Cowboy Eating, with Holes and Scarf in Crotch Hole (1990) shows the impassive figure of an American cowboy struck through with systematic holes, while the other, Objectification Process (1989), features a steel zimmer frame with a rolled US flag placed inert within its carrier basket. Politics and questions of nationalism appear elsewhere too. Sam Durant scrawls a famous French political slogan from the 1968 protests across a mirror in La Plus Belle Sculpture (2007), inviting the viewer to reflect on its meaning in today’s world, and on the globalization of such events now. Questions around the significance of protest also arise from Quick Standards (2005), a set of banners by Gabriel Kuri created from silver emergency blankets that feature no words or images. Though referencing the endurance of resistance, they suggest these may ultimately be empty gestures. I Am Too Political (1995), a large painting by Martin Kippenberger that was first exhibited at the Athens Biennial just before his death, features a voluminous nude created across six slightly differing panels. It is a striking vibrant piece, typical of Daskalopoulos’ taste as revealed in the four parts of “Keeping It Real.” He has only been collecting contemporary art for 15 years, but has amassed an impressive selection of works representing some of the most significant artistic voices of recent years.

Staging such an extensive show from a personal collection in a public gallery could prove profitable for the collector. To offset this Daskalopoulos has ostensibly agreed not to sell any of the works shown for the next three years. For the casual viewer, though, this issue is beside the point; what matters instead is the chance to view these important artworks, which would otherwise remain hidden from sight.

Eliza Williams is a writer and critic based in London.

“Keeping it Real: Material Intelligence” runs through May 22, 2011, at the Whitechapel Gallery, London.

Donatien Grau: You became a gallerist mainly for artists. Hannah Barry: I opened the gallery out of a sense of…

As a performance artist, I always hated the theater. I didn’t think it was something real. Performance art is about…

Originally published in Flash Art no. 278 May–June 2011. Chiara Bertola: I would like to approach your work through a… 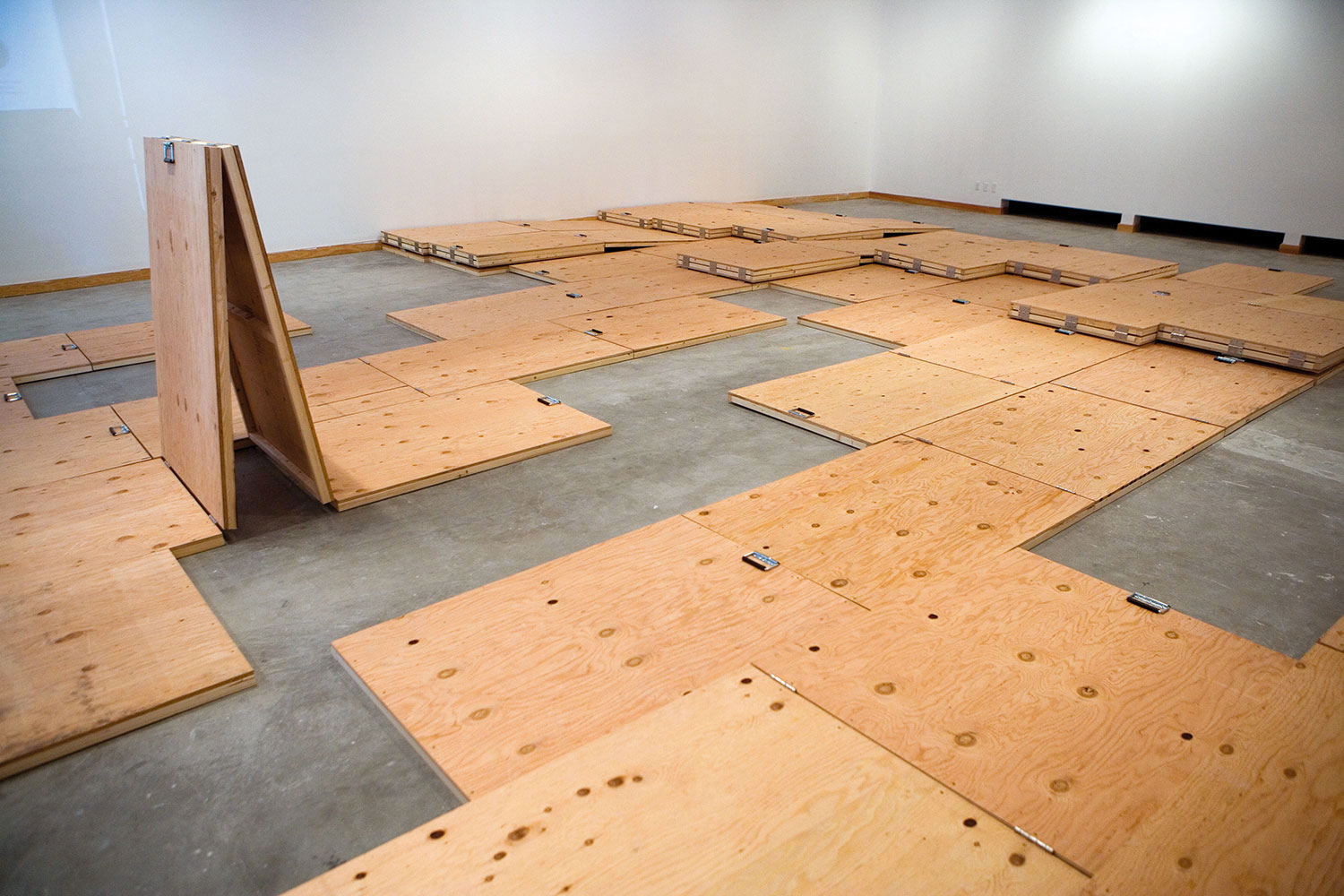