This is the story of how I was shot eighteen years later on October 30, 2004. There are other versions of it, both true and untrue.

My story starts in high school where I recently moved from Vancouver, Canada, to Malibu, California. I had a hard time connecting with other kids and the city itself. If you don’t drive a car you are stuck because Malibu lies along the Pacific Coast Highway, which has no sidewalks and very few buses. My parents were divorced but we all lived in the same duplex. My dad lived in the garage. If you opened the rolling garage door you would usually find him asleep on his bed or working at his desk. The second I got my driver’s license and bought a 1986 Volvo station wagon, I left. I went everywhere and anywhere in the city, mostly traveling around to go watch bands play. I finally found my place in the punk music scene. I became best friends with a group of guys from Boyle Heights where we all started bands together. I would drive across LA in rush hour after school every day from Malibu to Boyle Heights with a few friends.

The night before Halloween was a Saturday and I was driving back from an Interpol show in San Diego. I called up a friend who was with three other friends who were all making costumes to go party hopping. I remember their sexy cat, bear, and bat costumes. I asked to join and made a costume as a sexy park ranger with a mustache, short shorts, and baby blue Ugg boots. I didn’t know I was a lesbian.

The night began in my friend’s brand new 1980s Mercedes. It had a white exterior and an all-blue interior. We both bagged groceries at the local grocery store and she worked for this car; it was her favorite thing in the world. We got some guys to bootleg drinks for us and we stopped at a few kickbacks on our way to a warehouse party downtown. I remember trying on a persona of the bossy bitch, calling “shotgun” all night, insisting on the front seat to myself. Halloween in LA means you have to either hide from it or join in. I felt dangerous and powerful that night. As we drove down Interstate 10 toward downtown, the song “Take Me to the Hospital” by The Faint played on the stereo.

We arrived at the warehouse party off of 7th and Santa Fe Ave, which was an industrial zone at the time except for the Playpen strip club next door (which is still there). We parked on Sacramento Street and went in to check out our friends’ band from Chino. The crowd was thin. We couldn’t decide to stay or go. We got back in the car, smoked a bowl, drove around a city block and decided to go back to the party. As we pulled up to park again, the street suddenly filled up with people from the warehouse and the Playpen and started fistfighting.

We couldn’t get away and were surrounded by the crowd. I jumped out of the car and I remember screaming at people to stop. I also remember the surge of energy that exploded at the scene when someone yelled, “Gun!” I jumped into the car and everyone inside is screaming “Duck!” I remember the sound of gunshots and thinking that it was fireworks going off. The next thing I know is getting hit in the head with what feels like a brick and all the noise around me turns into a high frequency monotone sound. Beeeeeeeeeeeeeee. The crowd dispersed immediately and my friend, finally able to break free, lurches past a parked van, scraping the side of her car.

I realized I was bleeding and turned to my friend to tell her to stop and when I did blood was just pouring out of my mouth. I was soaking wet with the warm liquid. Horrified, she stopped the car and I jumped out, not wanting to get blood all over her new car. My friends looked at me and turned to ghosts. I remember seeing all of my blood all over the concrete and then someone is wrapping a blanket around my head and moving me to the back seat. We started heading for the freeway to drive to the hospital we knew in Santa Monica. We are on hold with 911.

Leaning on my hand and the blanket I looked up and saw the window where the bullet flew in. The glass was a spiderweb. I guess I was really shot. The strangest thing about getting hurt in public is this feeling of embarrassment. You don’t want to be seen but you need the help. Then my parents popped into my head and I decided that they should never find out about this. I decided that I would tell them that I fell through a glass door and that my ear got cut off because at this point I thought it was my ear that was shot. I started to imagine myself with one ear and what hairstyle I would wear. It was hard to assess what was happening to my body. Was my ear gone? You don’t survive getting shot in the head. My mouth is bleeding and my teeth feel loose but I can tell that they are all still there. I cannot die a virgin, I thought.

We get through to 911 and they tell us to pull over immediately. Everyone gets out of the car but me and I see a giant light pull up behind us. There’s a fire truck, cops, and ambulances, and it looks like the freeway is closed down. It occurs to me that maybe this is a really big deal and I start to feel sleepy and relieved help is here. They put me in the ambulance and I imagine the sequence of events that would happen next because I watched Trauma: Life in the E.R. every day after school. The morphine and oxygen mask bring relief as I gaze up at the EMTs, hearing them talking about lunch and how Halloween is so crazy every year. We pull up to Cedars Sinai and a medic says that everything will start moving fast and there will be many hands touching me all over my body. Then I remember I am dressed up as a sexy park ranger.

I am stabilized. They cannot find the bullet in my body, and later, when they search the car and the alleyway, it is never found. The bullet went through the back passenger side window, behind my right ear, missed my jaw, my teeth, grazed my tongue and cleanly came out my mouth. My theory is that the bullet went into the car air vent with no visible damage to the front of the car. The only damage to my head is a hole in the back and my facial nerve is severed. Which has left me with half of my face being paralyzed.

After I healed, I joined a band called Mika Miko where I learned to play the drums in two months and toured the world. This became my therapy, and I hit the drums as hard as I could every night. Later people thought that I was shot at a Mika Miko show but that’s not the case. After a few years of band life I returned to art, went to school, and have been living and working in Los Angeles ever since. In 2022 I want to celebrate the eighteen years since my accident, which happened at age eighteen.

*Special thank you to Rachelle Sawatsky for helping me with this text, and thank you to Emily Segal, Aimee Goguen, Seth Bogart, and Hayden Dunham for the support.

Kate Mosher Hall’s first solo exhibition at Tanya Leighton, Berlin, will be on view until October 23, 2021. 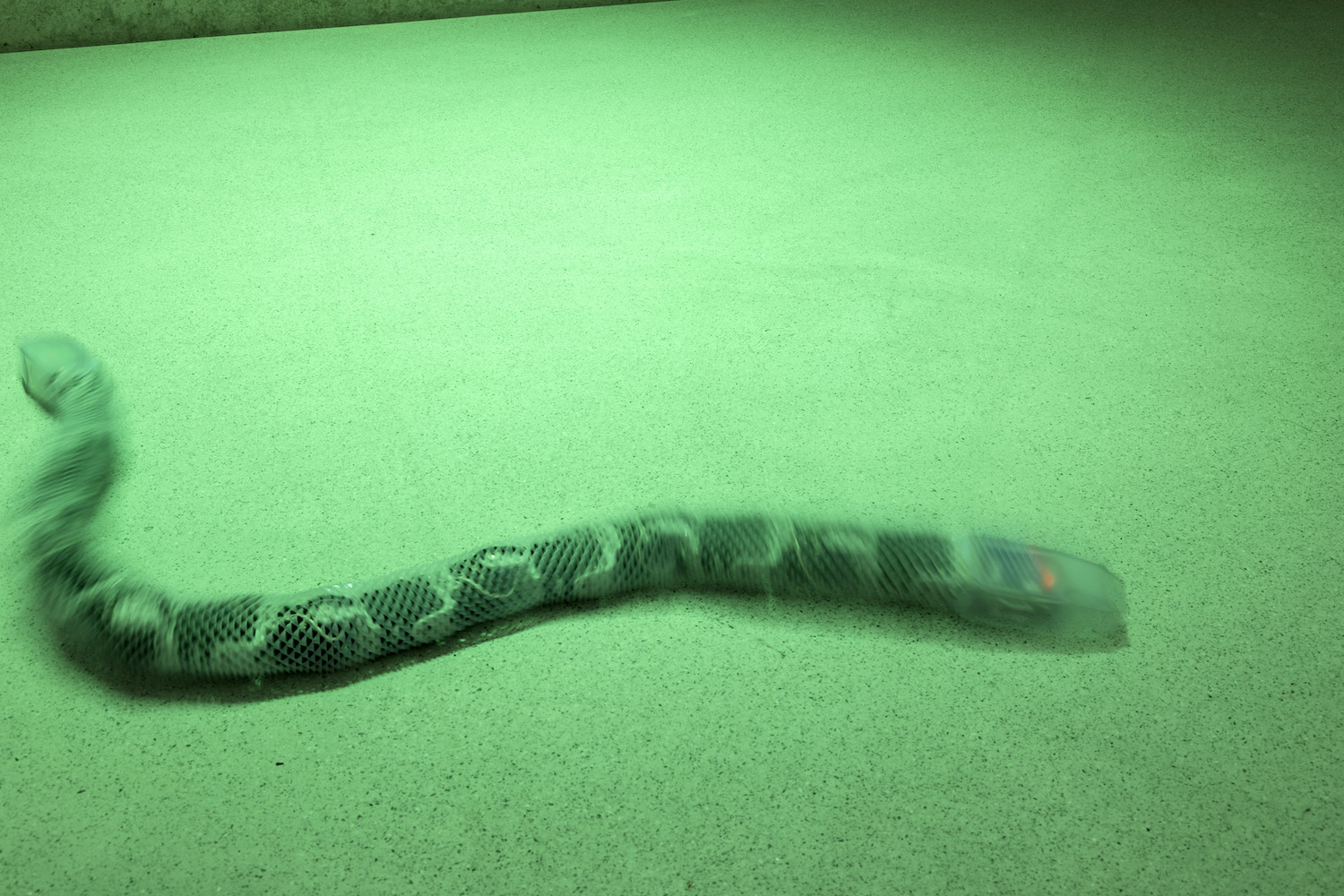 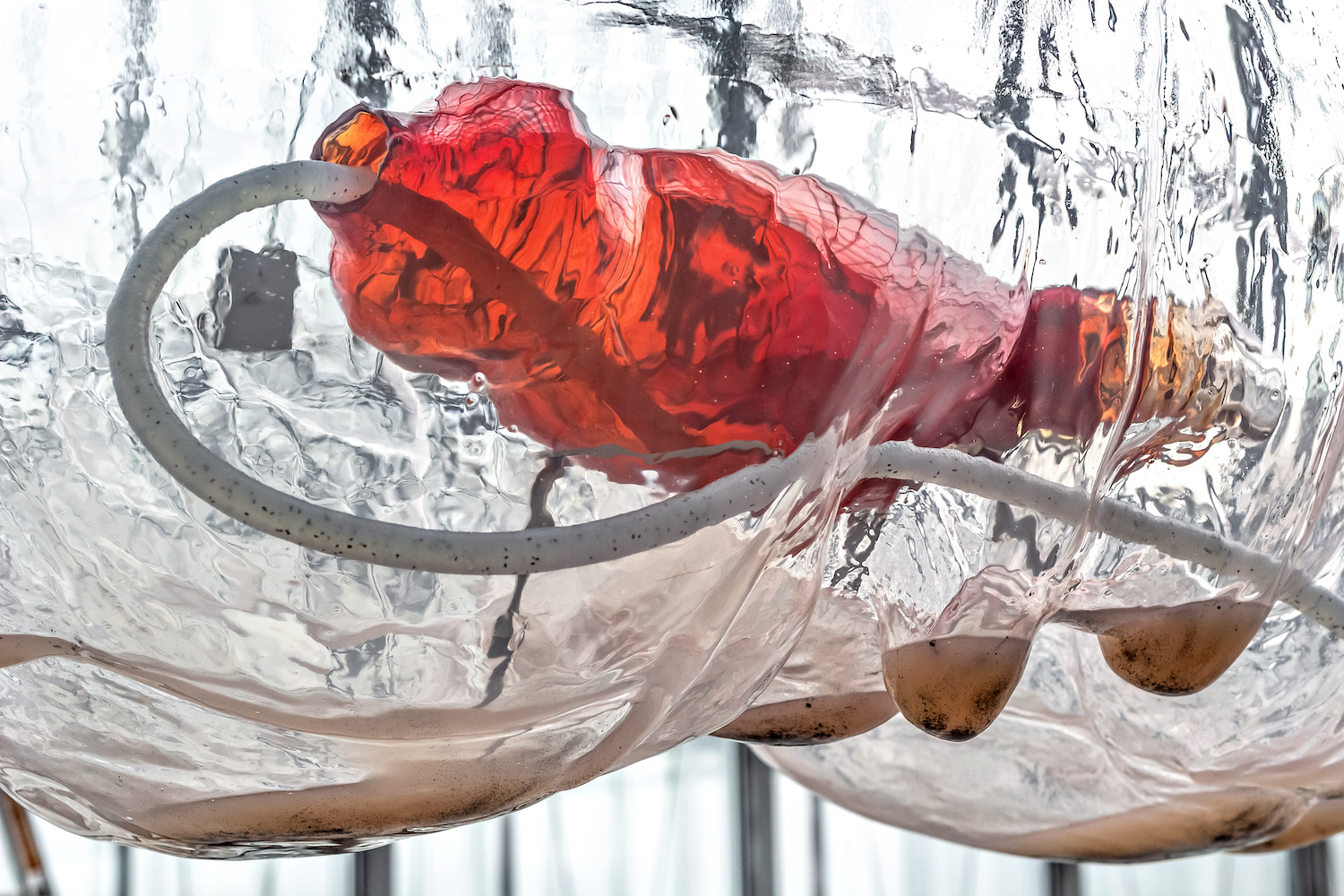 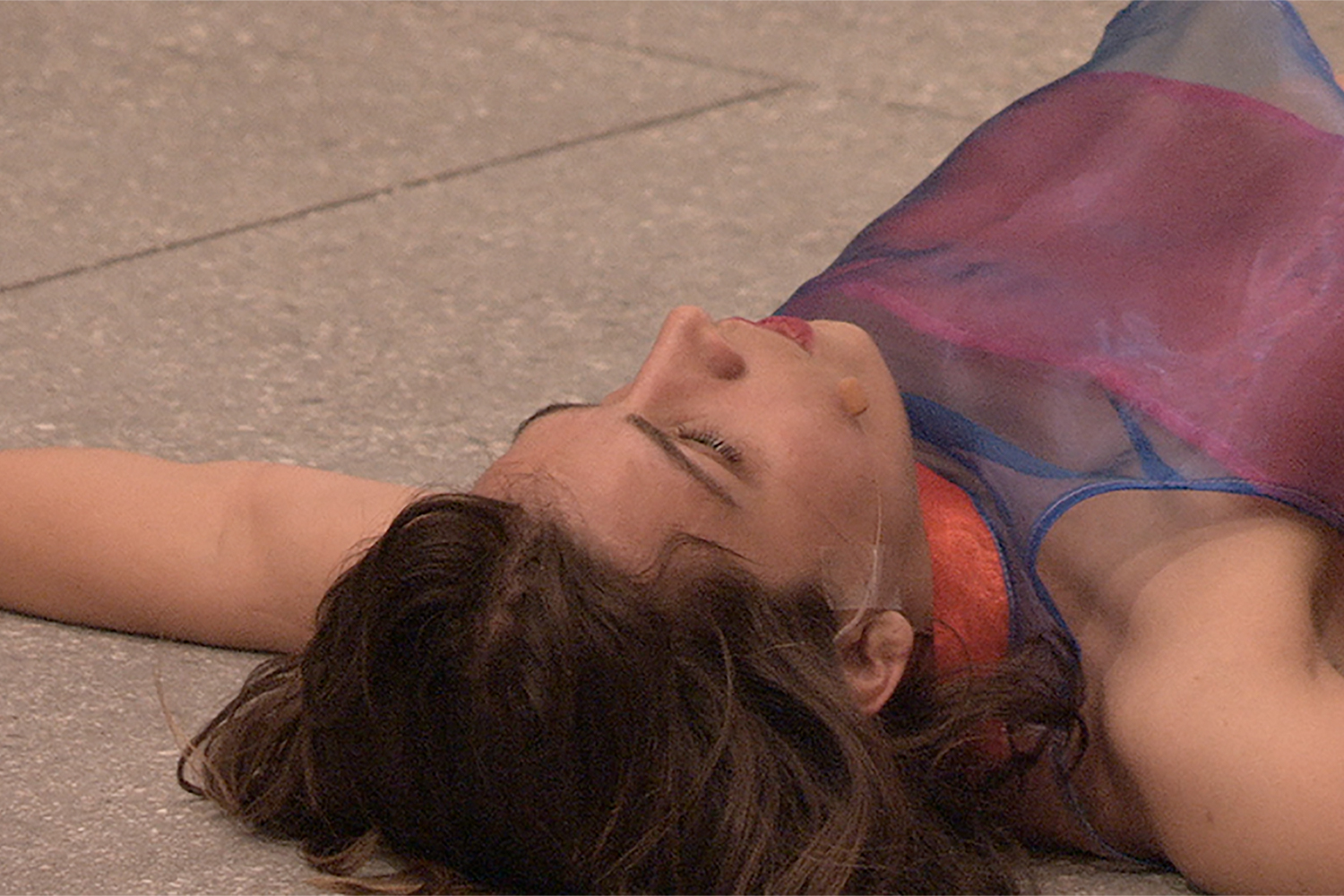 In installations with multi-channel sound sources, Mobarak mixes the words of her polyglot father, whose memory is failing, with the…