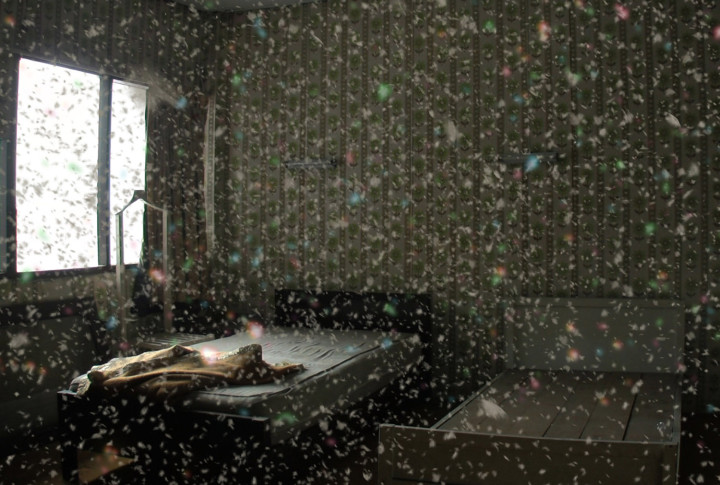 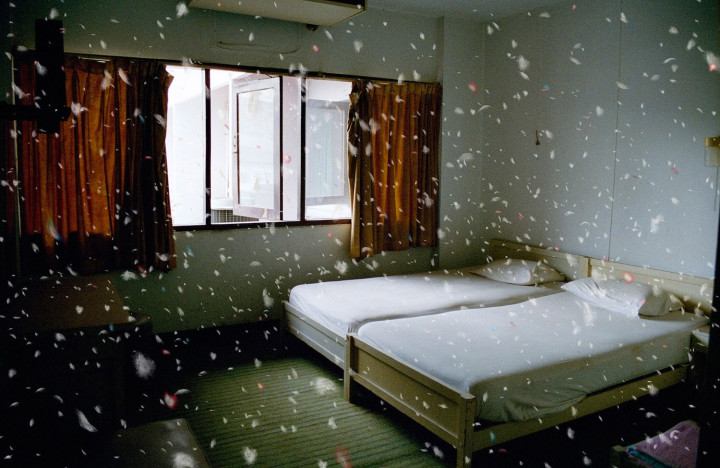 1
2
Morakot (Emerald) (2007). Courtesy of the Artist. Photography by A. Weerasethakul and Gisle Bjørneby.

Whether full-length features or shorter art projects, the magnetism of Apichatpong Weerasethakul’s films does not rely on their intricate narratives, nor on the sparse dialogues that punctuate their visual trickery. Morakot (Emerald) (2007) captures the viewer’s attention by its astute, constant play between movement and stillness, reality and fiction, escaping the need for a linear chronicle.The film takes place in the eponymous Bangkok hotel, a building abandoned when the financial crisis hit the newly successful country. The scene is set by an opening series of images whose stillness is only troubled by the flight of what seems to be feathers, perhaps gone astray from the bed’s pillows. Shots succeed themselves silently, the camera begins almost imperceptibly to move, then embarks upon grand Hollywood-esque motions. One after the other, the many pieces of furniture crowding these poorly appointed and deserted rooms are scrutinized.

Faint differences signal the passage from one room to the next, where the last guests have each left their marks, unchanged for the past decade. At the top of the wall, on its metallic arm, the television can only be imagined from the burn stain it has left on the wallpaper. A telephone remains, maybe too old to be worth taking.

A slow conversation breaks the silence. Three people talk about a dream, laugh, one of them recites a poem written for an early yet unforgotten love. The distinctive sonority of Thai language allows one to both situate the work and dive into the unknown, for those who, ignorant, can let themselves drift in its musicality, and are too captivated by the image to pay attention to the subtitles. At the same time, what began as a documentary falls into the unreal as the rooms gradually populate with dust or feathers; the only mobile elements, as if to symbolize the memories or living remains of the phantom hotel. A backlit shot in which the window frames become pitch dark reveals silent traffic through the stained glass, the cars in the rain mimicking the motions of the flying particles. As laughter suspends the conversation, the particles take on shades of blue and coral, their number now giving them the appearance of a snowstorm or germs seen through a microscope.

In two adjacent rooms, a head appears on each bed’s pillow, a ghostly vision. Whether they are incarnations of the protagonists from The Pilgrim Kamanita, a 1906 novel by Karl Gjellerup that inspired Weerasethakul’s Morakot (Emerald), has little importance. Mirroring the novel’s division into two parts, Earth and Heaven, the work of Weerasethakul organizes a dual mise en scène, both formal and narrative, to highlight the interconnections between two cognitive universes. His dual status of filmmaker and artist informs the hybrid quality of his vividly seductive works, themselves caught in intertwined layers of meaning.

Simon Castets is Art Editor for V Magazine. He lives and works in New York and Paris.