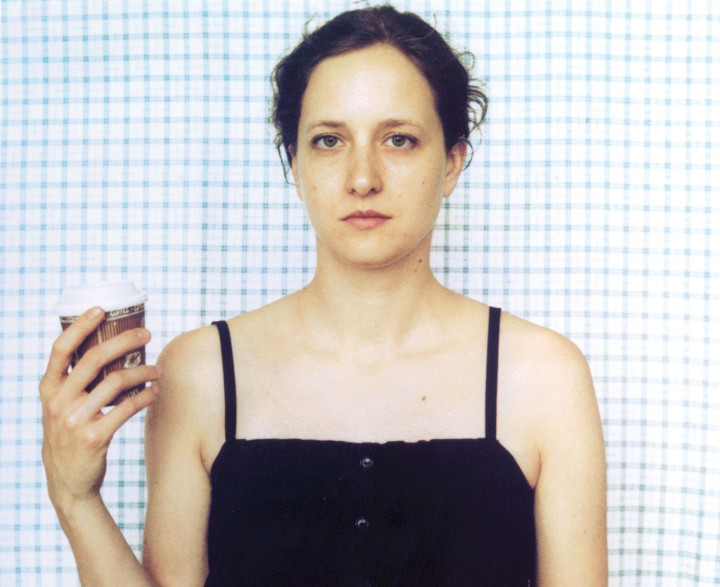 Thinking about Annette Kelm’s images is like thinking of a kind of photography that could be. A photography that is unheimlich or, as it is called in English, uncanny. But for the sake of this discussion — and perhaps for the sake of the artist’s nationality — I’d like to focus on the German word, which literally translates to “un-homely.” Freud used this term to describe that which bares a resemblance to the familiar but at the same time creates a kind of discomfort based on the anxiety of its difference.

In Kelm’s series “Michaela Coffee Break” (2009), a young woman is photographed multiple times in slightly different positions but always seated and holding a cup of coffee. Yet there is something off. She is posed in a way that makes it impossible for her to actually be drinking the coffee. She is holding the coffee cup up too high, close to the side of her head. She is a statue. She is posed for a long-ago portrait. She is not at home; she is somewhere else where the cup of coffee is a prop. She is also a photograph. In some of the images in which the print seems grainy and dulled, she seems to be a photograph of a photograph. There is not one image that is dominant; they are all versions of more or less the same thing. However, they are not images of the same thing. She is posed slightly differently in each image. The photographs are not printed exactly the same way. No one version is any more or less reliable than another, and none gives us any more information than the other. There is repetition and there is difference. In this way we, the viewers, are left with the curiosity and anxiety of not knowing what exactly we are looking at, a picture of a picture, a picture of a young woman posed, a picture of a statue. Something is familiar and something is not.

Many of her series evoke everyday domestic scenes or scenes that could be domestic, if not in, then around the home. Images of drapery. Of plants. Of cars and other things that comprise a kind of unspectacular landscape of the everyday. And yet these too point towards something not quite right. The fabric patterns in the drapery, such as in Big Prints #6 (Jungle Leaves – Cotton Twill 1947 Design Dorothy Draper, Courtesy Schumacher & Co) (2007), appear to be from a different era. They are stained and otherwise marked by time. Or a car that does not have bumpers, glass or license plates (Art Car, 2007). A small orange tree is serially photographed in front of a lime-green background (Untitled, Oranges 2007), the dated color scheme evoking memories of 1970s-era living room decor. But there is no living room visible. Once again, what feels like it could be someplace familiar is not.

The domestic — both in terms of the physical space of the domestic and the world of products — does not occupy a stable position in Kelm’s work. Even that which is most domestic is marked by distance. Take for example Kelm’s well-known series “Caps” (2008). These images depict caps found in New York’s Chinatown and photographed at different angles. They at once represent the emblematically American (and from the position of this writer, domestic) baseball cap, and yet are also visibly different or foreign because they are thatched. Photographed against a white background, they come to look like images from an impossible catalogue of somewhat familiar products. A baseball cap for the rice harvest.

There is a productive cultural dissonance in these images. Marx describes commodities as alienated from the labor that produces them. Sneakers in a superstore bare no visible trace to a place of origin, to a factory in China / Mexico / Thailand / Queens or to the workers who produced them. They appear, as if magically, to be consumed. Yet by subverting the expectation of what is being consumed, Kelm demystifies the source of so many of the products we as consumers construct our lives around and through. A thatched baseball cap comes to signify something very different than a more familiar cloth one. There is no team or product emblem. Their material difference points towards physical distance, to where and how these products are actually made.

It has often been remarked how carefully crafted Kelm’s images are. How she shoots and prints all her own photographs through traditional analogue technologies. Her own labor is present somehow in all her images, though again, not in a direct way; this labor is really only visible through the sense of the unheimlich present throughout her work. However, in her recent series “Michaela Coffee Break” and “Stars Look Back” (2006), the labor of her process has been subtly foregrounded. As discussed earlier, in “Michaela Coffee Break” some of the photographs appear to be photographs of photographs or printed in a way that seems somehow imperfect. In “Stars Look Back,” subtle shifts in the angle of the camera and the object photographed — as well as shifts in the color, lighting and texture within the three photographs that make up this series — produce a kind of material difference. These photographs are all images of what appears to be a Bauhaus-era side table set against a plaid fabric backdrop. One photograph seems to be tinted in blue; the other two appear to be nearly monochromatic. One shows the reflection of lights or a flash, as if the scene was photographed from behind glass. None are technically perfect, and this is where the labor of the making becomes visible. Through the imperfections — which are made more apparent in the grouping of three images of the same object with the same background — the idea of creating a ‘true’ photographic representation of an object is called into question. The repetition of images and the difference in their printing complicate any notion of a complete picture of the thing. All we have are versions of an idea of representation, versions of a true picture. It is not the era of Photoshop that eradicated the possibility of photographic truth — these problems always existed. Kelm’s use of analogue technologies and her eschewing of digital means of production allow her to point out how photographic representation, whether analogue or digital, is always a highly constructed and crafted thing. There is no perfect representation; there are only degrees of labor and technique that go into producing something that appears or, in this case, does not appear to be real.

Kelm’s practice as a whole contributes to a way of thinking about and making photographs that is more than the sum of her individual projects. She’s a precise and wide-ranging scavenger. The stuff she chooses to photograph includes things that reference the art historical, the personal and the infinitely broad geographical and cultural origin of commodities. Often these elements are elegantly collapsed into a single image, a series, or a carefully considered exhibition context.

Though the unheimlich is an operative and generative force in Kelm’s practice, in the end, a viewer is paradoxically left with a sense of home. Or a sense of what that could even mean in this, the cultural condition she documents. Home exists only in relationship to the viewer — it is a conditional, unfixed space. We as viewers, as consumers of information and goods, of images and experiences, exist only in relation to what is in front of us. Somewhere between the differences and repetitions in her photographs, the cultural and geographical dislocations and collapses, we are constituted as viewers and residents of a very particular cultural and historical space. We become at home in a world marked by the unsettled, by difference. It is a world that is always constructed with a poetry of presence — a place for us to be.

Lisa Oppenheim in an artist based in New York. She studied Art and Semiotics at Brown University in Providence, Rhode Island, and earned an MFA from the Milton Avery Graduate School for the Arts at Bard College.

Annette Kelm was born in 1975 in Stuttgart, Germany. She lives and works in Berlin. 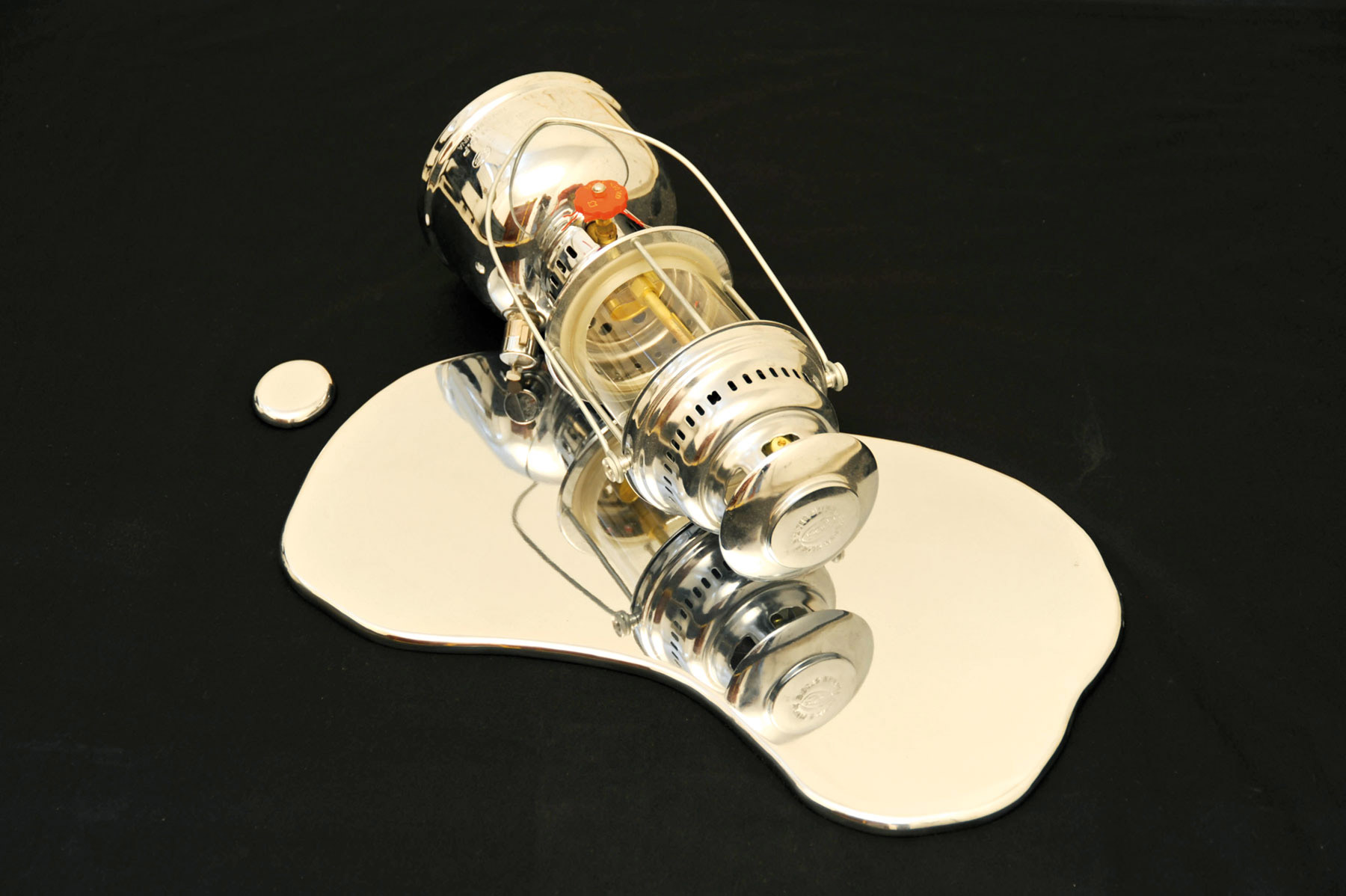