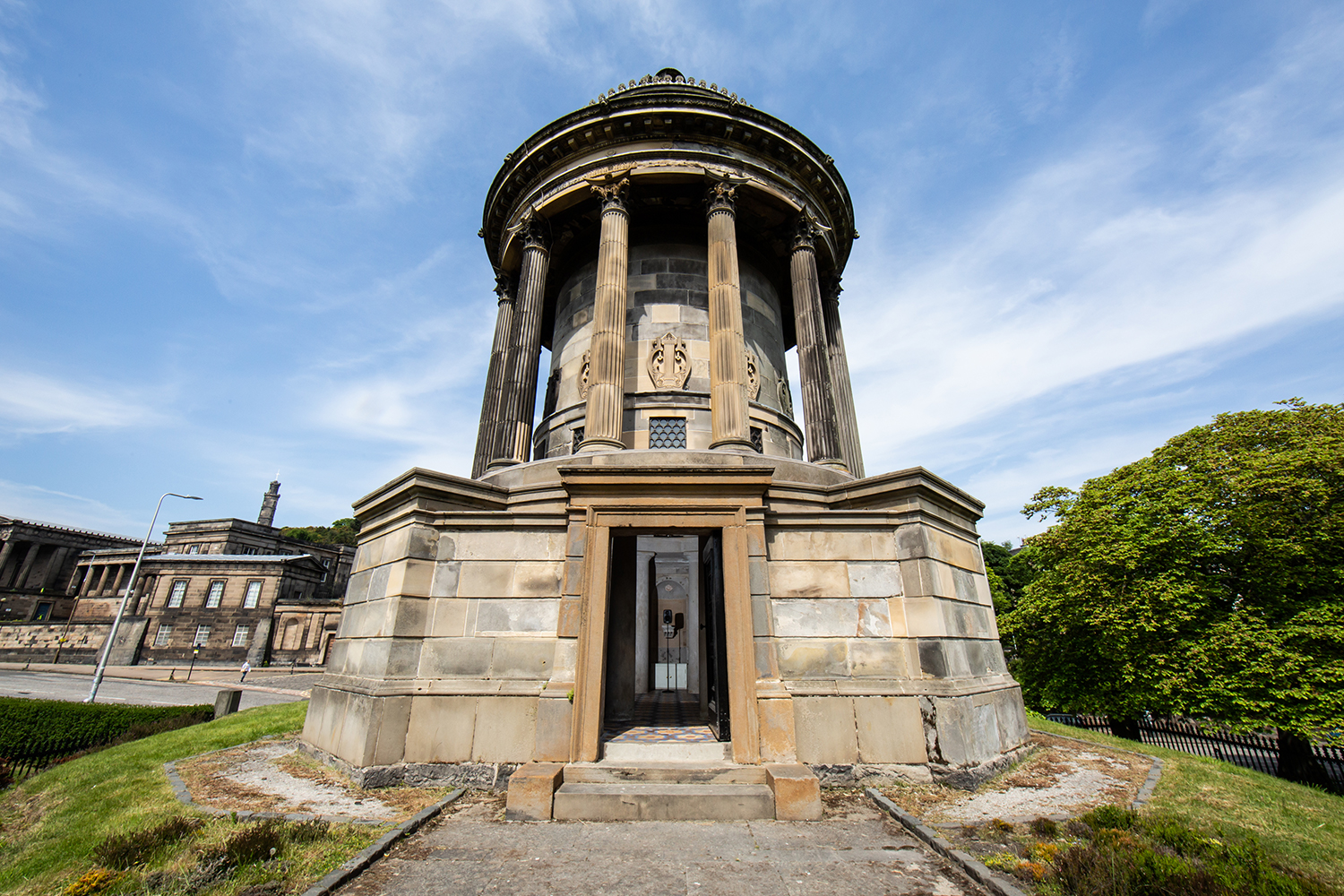 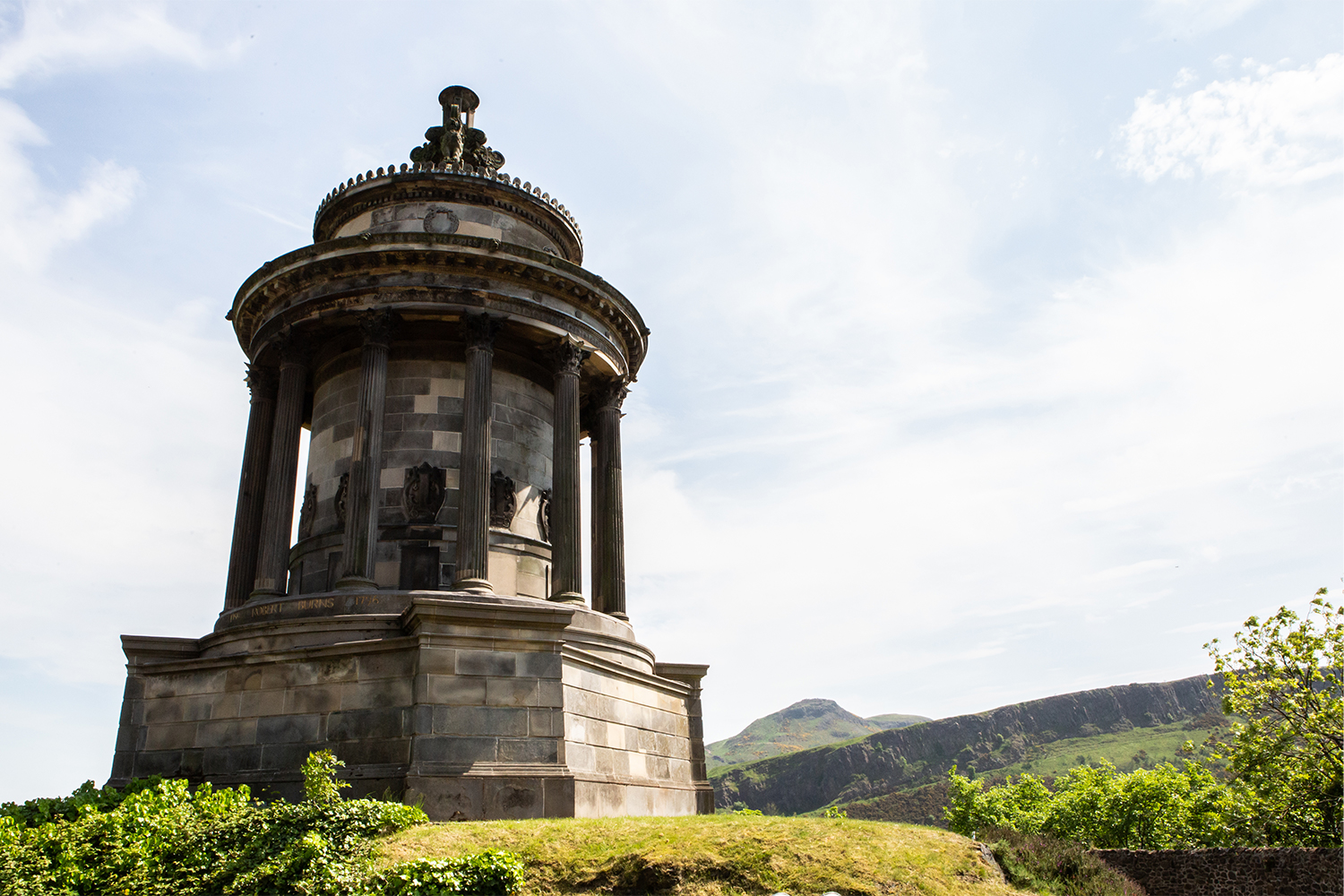 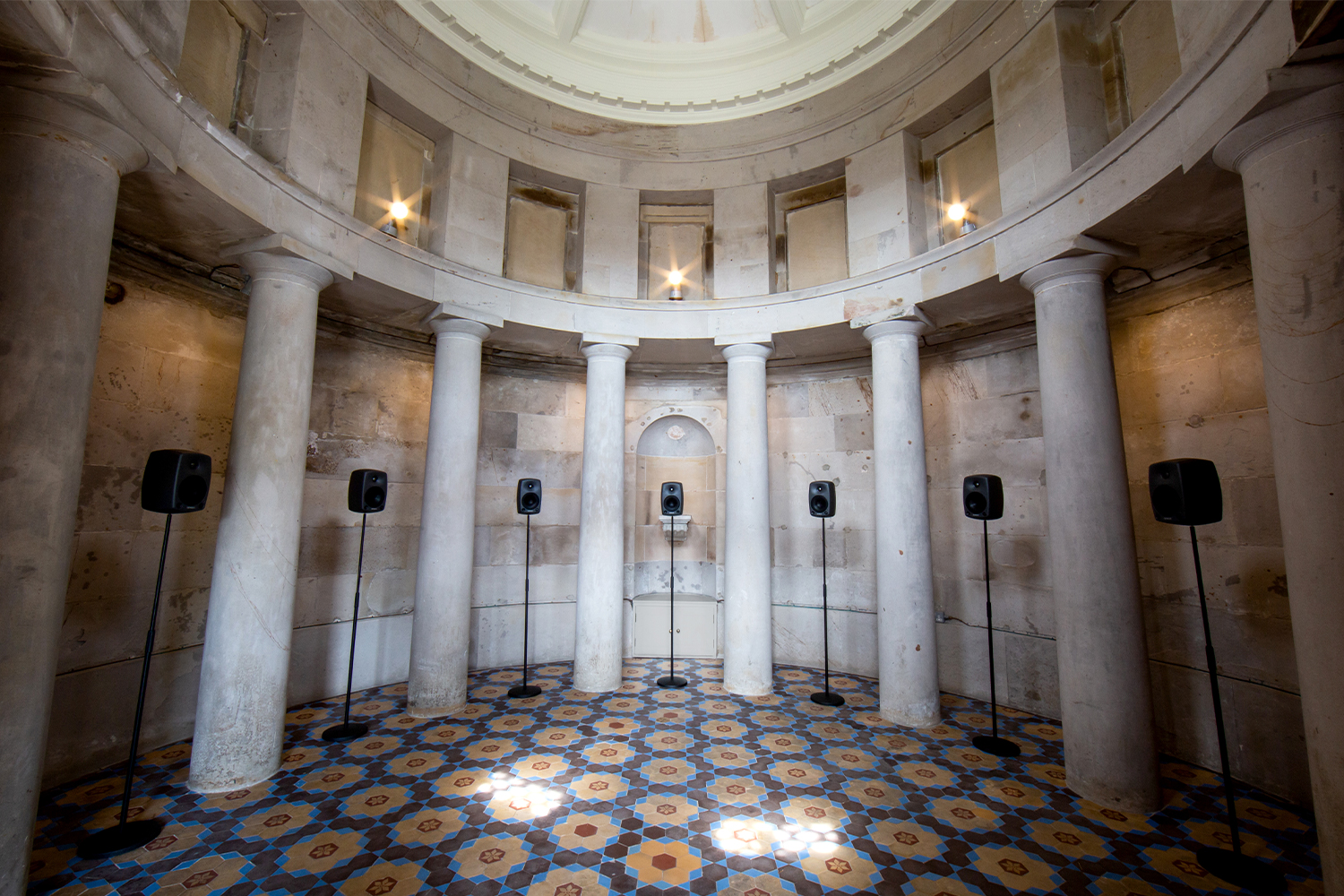 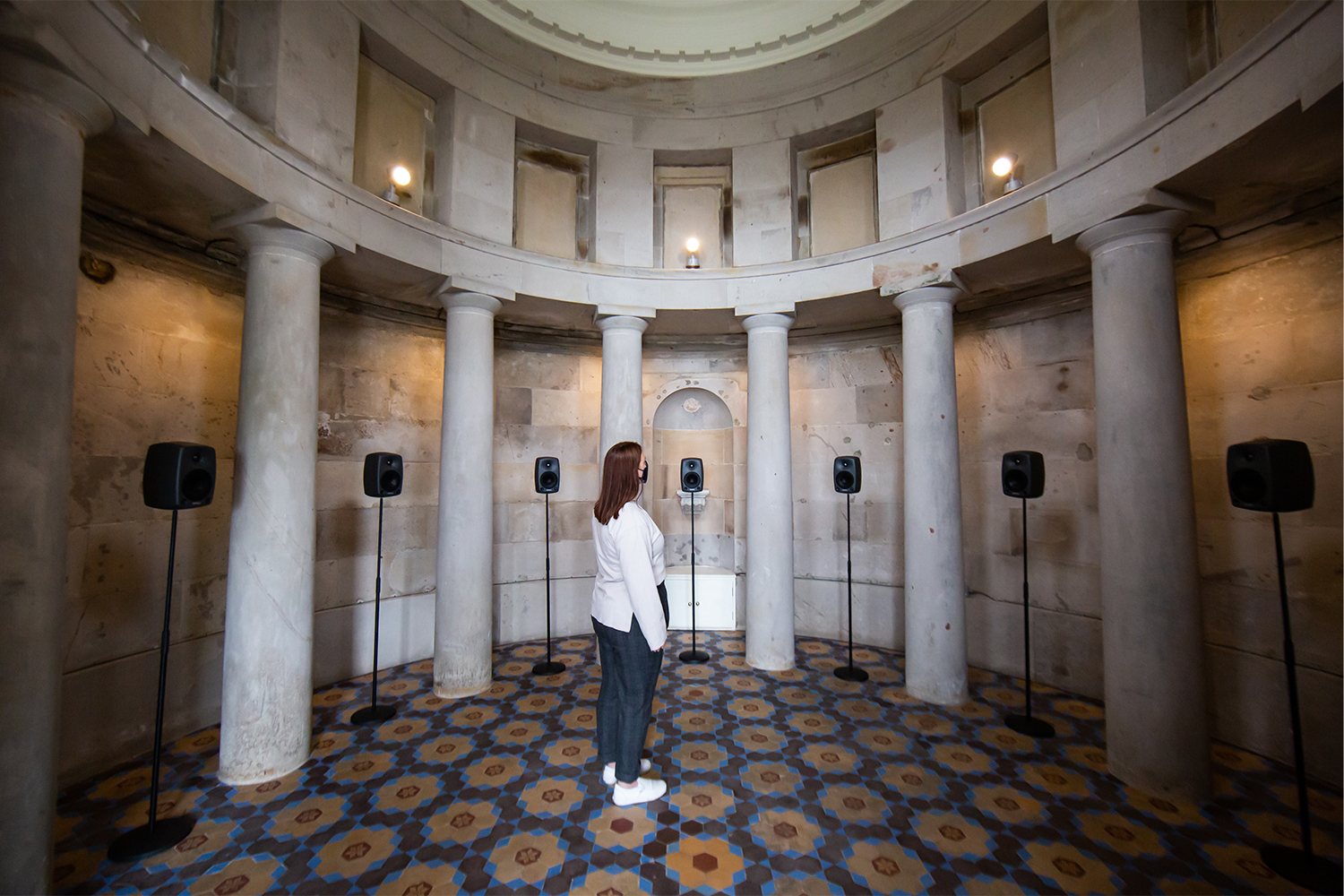 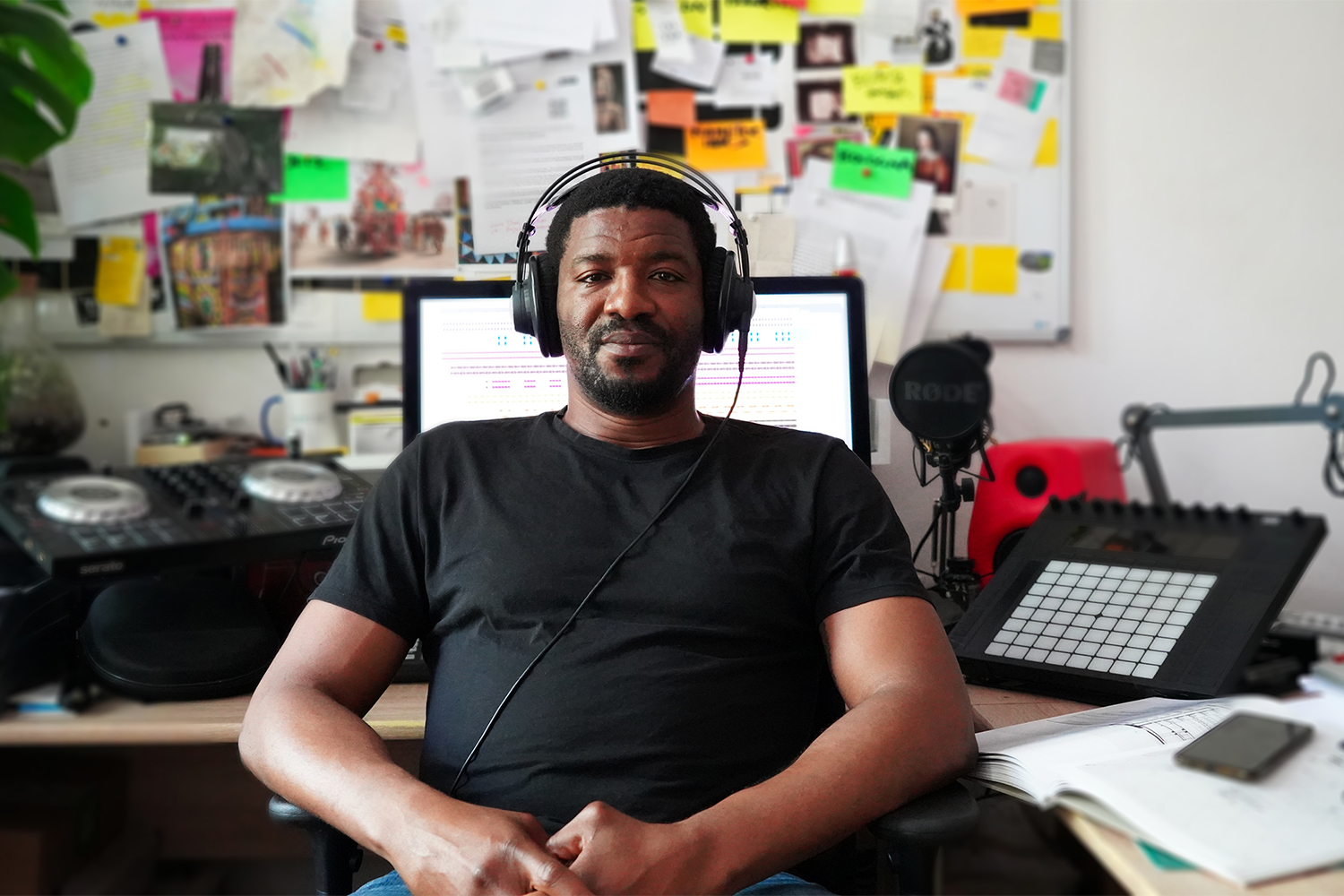 Emeka Ogboh currently lives and works between Lagos and Berlin. His work explores how private, public and collective memories and histories are translated, transformed, transcribed, and engraved in sound: and has been shown in solo exhibitions at Cleveland Museum of Art, Cleveland (2019); The Power Plant Contemporary Art Gallery, Toronto (2018): Tate Modern, London (2017), as well as documenta 14, Athens/ Kassel (2017), Skulptur Projekte Münster (2017) and the 56th Venice Biennale, Italy (2015).

On the 29th January 2020, as the United Kingdom departed the European Union and as a final gesture of farewell, Members of the European Parliament took to their feet in Brussels, held hands and sang Robert Burns’ Auld Lang Syne – a song which has come to represent solidarity, friendship and open doors. The following week, Nigerian artist Emeka Ogboh stood in the Robert Burns Monument in Edinburgh and conceived of Song of the Union, a sound installation featuring singers from all 27 EU member states living in Scotland today, as well as one from the recently departed UK. The resulting polyphonic choir gives voice to those who were unable to vote in the 2016 Brexit referendum, and has been created at a time when the post-Brexit reality is still far from resolved.

The recordings were made in Edinburgh and Glasgow in spring 2021, and have been programmed and sequenced to create a constantly changing arrangement for a 7channel sound installation placed inside the historic Burns Monument for the duration of Edinburgh Art Festival 2021.

The Burns Monument provides a resonant site for the work, as further to Robert Burns being Scotland’s national poet and author of Auld Lang Syne, the monument is nestled between two significant historical sites: it is adjacent to the Old Royal High School / New Parliament House, the original site prepared to house the Scottish Assembly following the nation’s first (unsuccessful) referendum for a devolved parliament in 1979; and it overlooks Holyrood where the Scottish Parliament sits today.

In addition to the sound installation, there will be an artist’s book published on the occasion of the exhibition. This will include the 27 Auld Lang Syne scores with translated lyrics from all the EU states, alongside essays by musicologist M. J. Grant and Director of the Scottish Centre on European Relations Kirsty Hughes. The book will also include an essay by the project’s curator, director of Talbot Rice Gallery Tessa Giblin, as well as writer and curator Bonaventure Soh Bejeng Ndikung.

Ogboh’s artwork forms part of the commissioning programme for Edinburgh Art Festival 2021, which this year will also include new work from Sean Lynch in a cocommission with Edinburgh Sculpture Workshop, a programme of new work curated by associate artist Tako Taal, and the UK and European premiere of Lessons of the Hour by Isaac Julien, in a partnership with National Galleries Scotland.

Alongside Ogboh’s Song of the Union at Burns Monument, Talbot Rice Gallery will present ‘The Normal’, on view until 29 August, which has been curated in real time, and is a vivid reflection of life during the pandemic. Through artworks that express hope, grief, survival, violence and solidarity, the exhibition situates our lived experience within a global artistic dialogue, and includes: Larry Achiampong, Amy Balkin, Anca Benera and Arnold Estefan, Boyle Family, Alexandra Daisy Ginsberg & Sascha Pohflepp, Gabrielle Goliath, Femke Herregraven, Jarsdell Solutions Ltd, Kahlil Joseph, Tonya McMullan, Sarah Rose, and James Webb.

RAGGA NYC is a cross-disciplinary collective of Queer Caribbean artists and their allies. This growing network recently staged an eponymous…