“The source of life in any dancer is his inactivity in a gesture or movement.” So stated Merce Cunningham in a talk given at Anna and Lawrence Halprin’s outdoor “dance deck” in Kentfield, California, in 1957, during one of their pioneering annual summer workshops that brought dance into proximity with visual artists, poets, and musicians. Inspired in part by Walter Gropius’s Bauhaus-tested pedagogy at the Harvard Graduate School of Design, where Lawrence Halprin had studied landscape architecture, Anna Halprin’s workshops were seminal to the cross-disciplinary scene, now much mythologized, that coalesced around Judson Memorial Church in New York City in the early 1960s.

Cunningham’s statement is paradigmatic of the kind of process-oriented “pedestrian” movement archetypal of Judson in retrospect, for the ways in which practitioners inventively probed the zero point of dance. Yet if Judson’s performances tended toward a refusal of “theatrical bloat,” as Yvonne Rainer wrote in the Tulane Drama Review in 1965, then the Museum of Modern Art’s “Judson Dance Theater: The Work Is Never Done,” curated by Ana Janevski and Thomas J. Lax, reveals other dynamics: effusive, often lushly visual, and sometimes vaudevillian experimentation are on view via a plethora of photographs, film documents, scores, and ephemera (related to iconic as well as lesser-known Judson-era work) alongside an ongoing program of live reconstructions.

The exhibition begins by mapping contact zones of phenomenal confluence from which the collective energies that eventuated Judson first emerged. On Halprin’s dance deck, one such environ, participants received impetus for movement from ecological phenomena, such that nonhuman agents — cloud formations, branches, birds, and insect life — wrote themselves into improvisatory dances that became the seeds for subsequent work in and around Judson Memorial Church. (Simone Forti recounts in an audio recording that fellow participant Robert Morris, after studying a rock, took “a full minute” to compress himself into “as tight a knot as possible.”)

Back in New York City, these experiments converged with dance composition workshops rooted in chance operations, initiated by Cunningham accompanist Robert Ellis Dunn and his wife, Judith, a Cunningham dancer, following John Cage’s encouragement. Sonic thinking in experimental music and theater ricocheted with a discursive turn in dance-making too, arriving in tandem via Cage, La Monte Young and others; Yvonne Rainer’s interest in working with “ordinary movement” came from Cage’s engagement with “everyday sounds,” while James Waring and David Vaughan’s cooperative Dance Associates, a nexus of actors and poets among dancers including David Gordon and Valda Setterfield, valued talking about dancing as much as dancing itself.

“The Work Is Never Done” moves us from these choreographic “clearings,” as Robert Ellis Dunn described them, into the incubatory space of Judson Memorial Church, helmed by reverends like Al Carmines (also an actor), who were committed to social justice and cultural production in Lower Manhattan — and who, crucially, understood the need for space that belies most art-making processes. Carmines opened the church’s doors to Dunn’s students when workshops became oversubscribed, and let Jim Dine operate a gallery space that hosted Claes Oldenburg’s Ray Gun Spex in 1960. Within such conditions of radical hospitality, and amid an alchemy of other downtown gathering hubs, including Yoko Ono’s Chambers Street loft and the Five Spot Café, it was in Judson Memorial Church that the eponymous series of sixteen free concerts were staged from 1962–64.

A profound sense of slippage and solidarity between performances in and around the church is evident in compelling photographic groupings. Lucinda Childs, for instance, appeared in Carolee Schneemann’s color-saturated early works like Chromelodeon (1963), while premiering her own austerely slapstick solo, Carnation (1964), shortly thereafter. The first painter to present work at Judson, Schneemann is also represented by Meat Joy (1964), her kaleidoscope of sensuality. Forti’s Dance Constructions (1960–61), on the other hand, are intermittently performed live in galleries for the duration of the exhibition. These include Platforms (1961), in which two performers hide themselves in plywood boxes, only to project whistled voices beyond their boxes’ confines; and Censor (1961), a palpably conspiratorial scenario in which one performer rattles a cooking pot filled with nails at overwhelming volume while the other strains to sing audibly over the din.

An additional program of live performance of Judson-era works by Yvonne Rainer, Steve Paxton, Lucinda Childs, and others, runs in the adjacent Marron Atrium throughout the exhibition. Movement Research, a platform for movement inquiry at large, will occupy the atrium during the show’s final two weeks. If, in hindsight, Judson can be interpolated cartographically vis-à-vis the spaces of assembly that set it in motion, then Movement Research’s residency helps to again fulfill the legacy of Judson’s conditions for production, a recipient here of hospitality. 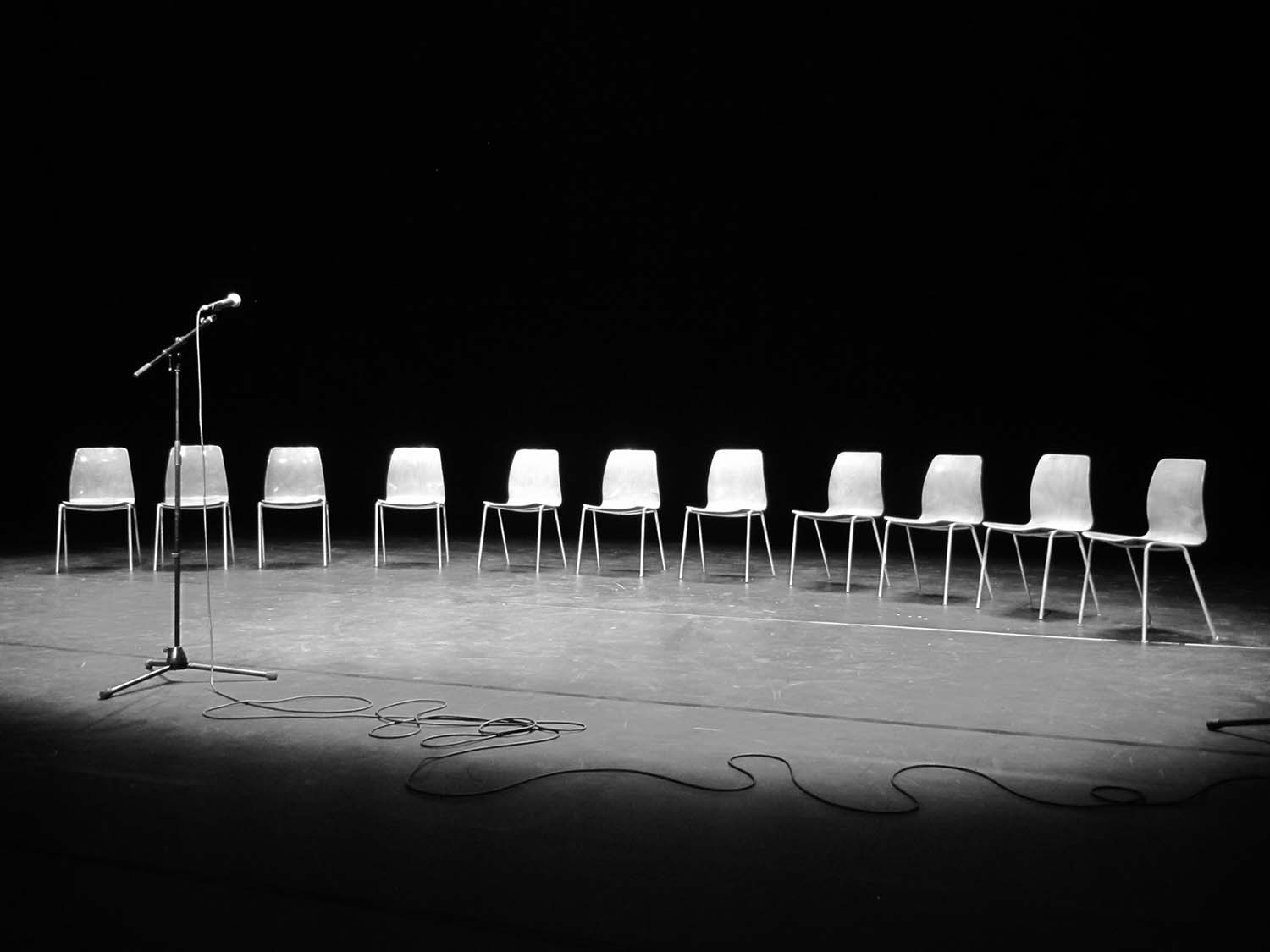 Beginning with an analysis of the ideology of the performer’s ability on stage, the collective book Disabled Theater, published by…