We are pleased to announce that the November – January issue of Flash Art is now out.

Bodily figuration features prominently in this issue of Flash Art, which includes Judy Chicago’s Immolation (1972) from her “Women and Smoke” series (1968–74) on its cover. The work counts among those Chicago made before taking up the central core imagery that constitutes her landmark 1974–79 work The Dinner Party, with which she is often narrowly identified. On the occasion of “Judy Chicago: A Reckoning,” a major survey opening at the Institute of Contemporary Art, Miami, this December, Flash Art invited Géraldine Gourbe, Viki D. Thompson Wylder, William J. Simmons, and Stephanie Seidel to reflect on Chicago’s practice and legacy. This special dossier seeks to supplement the artist’s popular recognition with a plurality of critical voices.

This issue also features an essay by Thomas Duncan on the work of Antek Walczak, who writes that the artist “clearly exploits painting as a means of working through technological systems, social networks, and the omnipresent forces of capitalism,” while also appearing “distrustful of painting’s ability to properly channel these ideas outside the realm of art.”

Agnieszka Gratza interviews Tania Bruguera on “10,142,926,” a takeover of Tate Modern’s Turbine Hall this fall with a series of works and interventions that includes a heat-sensitive floor and a tear-inducing air diffuser.

“My starting point was to ask: ‘How can Tate be global and at the same time local?’ I suggested we talk to Tate’s neighbors and see how they feel about the institution, whether they feel welcome or not, and what would need to change in order for them to feel it’s their institution.” — Tania Bruguera

Tiana Reid on landscape and the figural in the sculptures of Tau Lewis:

“By mining the line between a human figure and its other, artist Tau Lewis’s doll-like figures make the known feel strange, and the strange feel known.” — Tiana Reid

“Representation as art’s historical, institutionalized function in modern society — which much contemporary art prides itself as having overcome — in “Landline” appears as a treacherous revenant, introducing the painterly impossibility of consistently staging visual affirmations of the present.” — Kerstin Stakemeier

Fanta Sylla speaks to artist and filmmaker Cauleen Smith on the occasion of her exhibition “Give It or Leave It” at ICA Philadelphia:

“‘Give It or Leave It’ is just as you say, constructed around individuals, collectives, spaces, and places that reflect radical forms of generosity and visionary ideas around sociality and living and producing culture.” — Cauleen Smith 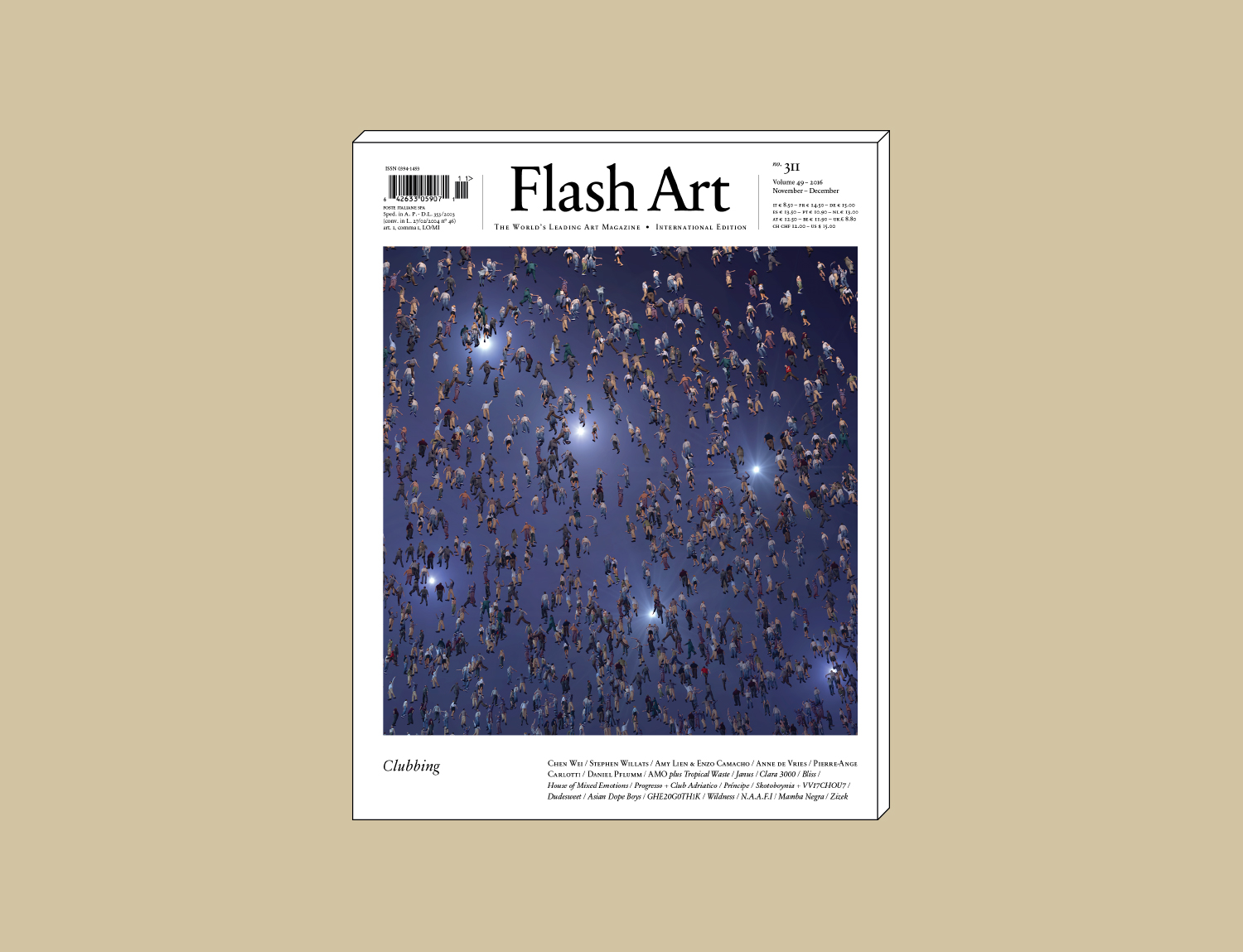 We are pleased to announce that the November – December issue of Flash Art International is out now. This issue…