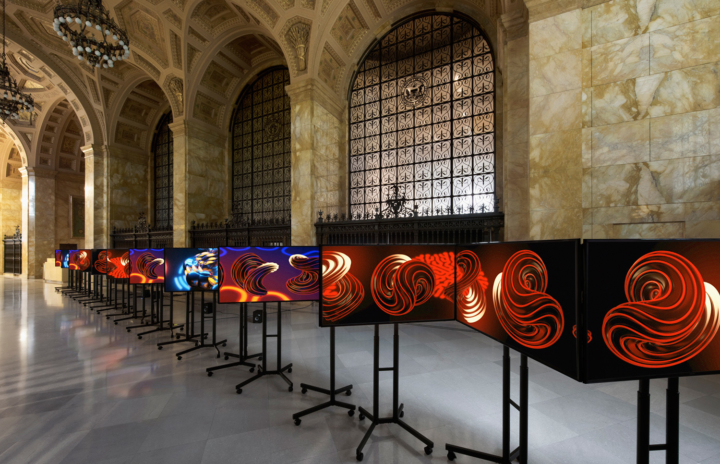 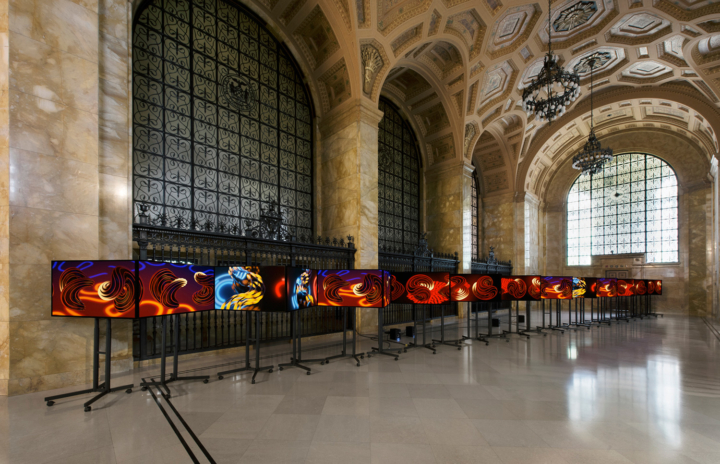 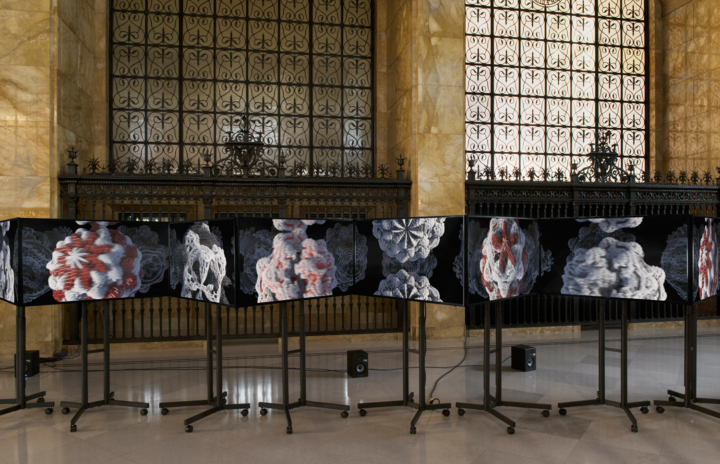 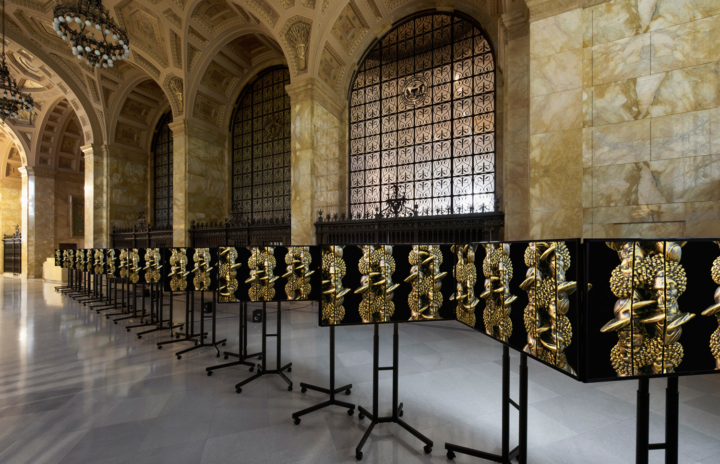 The theme of the first FRONT International: Cleveland Triennial for Contemporary Art is “An American City.” Like most art festivals, the idea is not only to present and celebrate art, but to use the work of contemporary artists as an introduction and invitation to experience the host city. This summer saw a profusion of new art festivals springing up in the Midwest — which is doing its best to rightly assert itself as a hotbed of artistic talent and opportunity outside some U.S. capital cities that have become difficult places for artists to make a living.

Events like Open Spaces in Kansas City and Detroit Art Week also debuted this summer, and all of these new festivals are figuring out their identities. FRONT is perhaps the best organized and most heavily financed among them, having taken the last three years to develop its inaugural content and curriculum. It’s clear that curator Michelle Grabner, a Wisconsin native, made a serious and successful effort to engage with the city of Cleveland, in part by not restricting herself to conventional art institutions as settings for dozens of installations featuring more than one hundred artists.

For example, the downtown Federal Reserve Bank of Cleveland is a financial institution, and while its interior is elaborately appointed with decorative metalwork, inlaid marble floors, and historic frescoes and murals, these serve primarily to bolster confidence in the abstract system of federal finance and the American dollar. There is a kind of delicious tension, then, to Grabner’s decision to make this venue host to a new iteration of a work by Philip Vanderhyden, Volatility Smile 3 (2018), which directly references ideas of financial insecurity from both a personal and a market perspective. Vanderhyden’s installation is a digital video work that plays out across a series of twenty large flat-screen televisions on stands, arranged to form a kind of digital folding partition along one ell of the Fed’s wing of teller stations. The looping content of the video is a dynamic, psychedelic whirl of morphing and transforming imagery, rotating in virtual space. The figurative elements draw details from the location’s architecture, among other sources; there are telescoping eagles, gilded faces, leaves and wheat drawn from representations of the commodities of the region. The title refers to the smiley-face shape that appears on a pricing graph during moments of great market instability (causing a sharp dip in the value of a given entity), and the work is intended to convey some of Vanderhyden’s feelings about the financial instability of being a professional artist — someone whose stock might rise or drop precipitously, due to forces beyond one’s control — as well as to invoke that same kind of roller-coaster anxiety in the viewer. Certainly, the ceaseless churn and change of Volatility Smile 3 gives the observer no easy resting place. Its modern-ness, both in content and form, stands out in high contrast to the classic and ornate 1923 architecture of the high-ceilinged bank, leaving one with a sense that perhaps these structures were built without being able to predict the change that capitalism would wreak on the future. One wonders if the center can, indeed, hold.

One thing conspicuously missing from FRONT’s otherwise ambitious and expansive effort to present Cleveland, the eponymous American city, is a lack of Clevelanders. Not only are the bulk of regional artists relegated to a single exhibition space, but most of the city’s local talent — which, it should be understood, comprises a community that has held Cleveland in trust as it struggled through decades of dissolution and financial collapse due to waning industry — was excluded entirely from the festival’s design and content. One cringes a bit at the great investment of resources in a Cleveland art event, when so little of it ultimately ends up supporting the artists of that place, or addressing the concerns of its permanent residents. The exception to this oversight is the exhibition hosted by SPACES, a longtime grassroots exhibition space and residency program that has, for decades, staked its identity as a place for Cleveland art, even as its SWAP program brings in residents from around the country and the globe.

For FRONT, SPACES presented an ongoing installation work by Michael Rakowitz, whose oeuvre demonstrates a similar passion for making art that connects with the people of a given place — especially overlooked or neglected communities. A Color Removed (2017–18) is an attempt to redact the color “safety orange” from the entire city of Cleveland (an effort that would be impossible, even if it were not one of the colors of the football team, the Cleveland Browns) as a response to the 2014 police shooting of a twelve-year-old boy named Tamir Rice. The official justification for the shooting, which took place within seconds of cops descending upon Rice as he played alone in a Cleveland park, was that the toy gun he was holding had the orange cap — which indicates it is not a weapon — removed. Rakowitz’s work raises questions about who deserves safety: if not Tamir Rice, then perhaps no one in Cleveland should have “safety orange.” The work has collected hundreds of objects via street kiosks. These have been installed in the back exhibition space, which hosts a battery of community-based programming. In the front gallery, Rakowitz turned the space over to a curated group of Cleveland-based artists, ruminating on the subject of gun and police violence, and the impact it has on their lives and communities.

These two very different approaches to FRONT show the wide range of possibilities presented by this extraordinarily complex and dynamic festival. Grabner’s work is detailed and will be a tough act to follow. But one hopes, as this American city begins to take its place among the pantheon of international art destinations, it remembers to bring its residents and artists along for the journey.