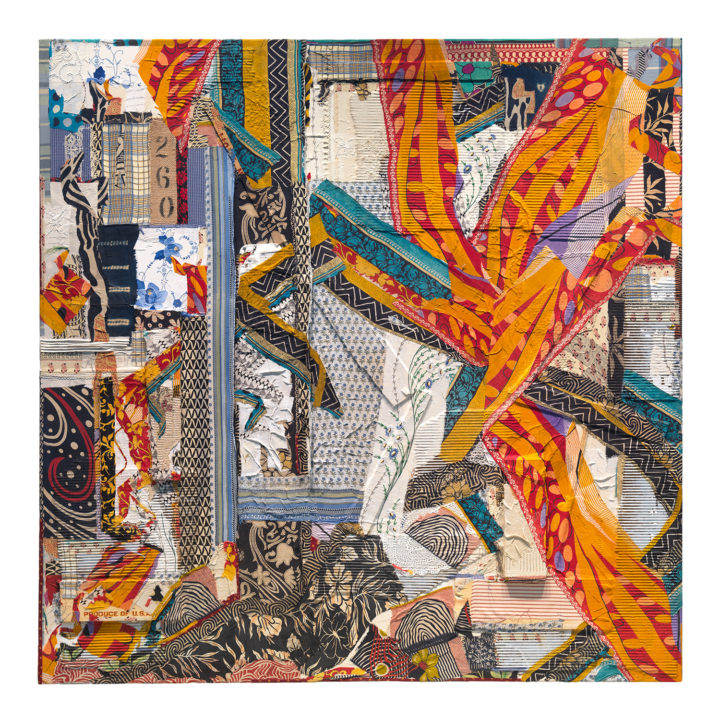 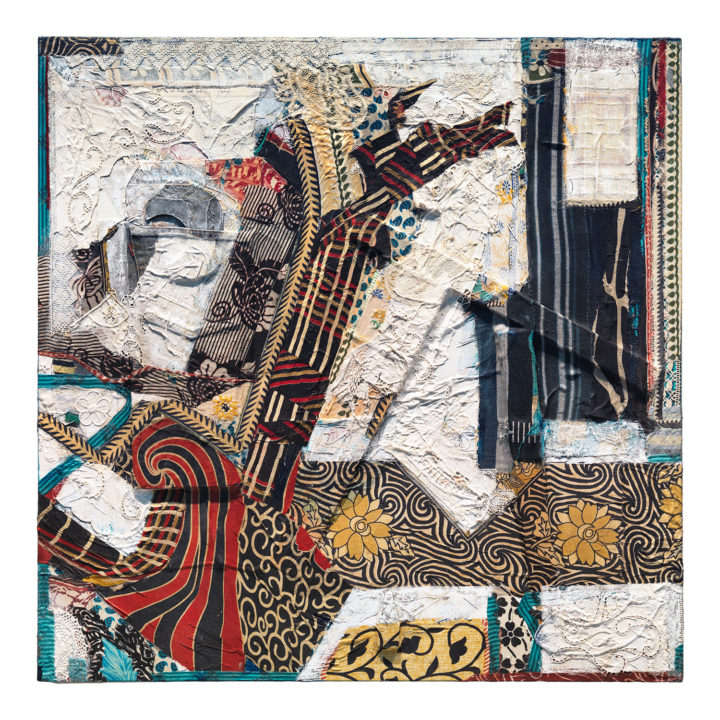 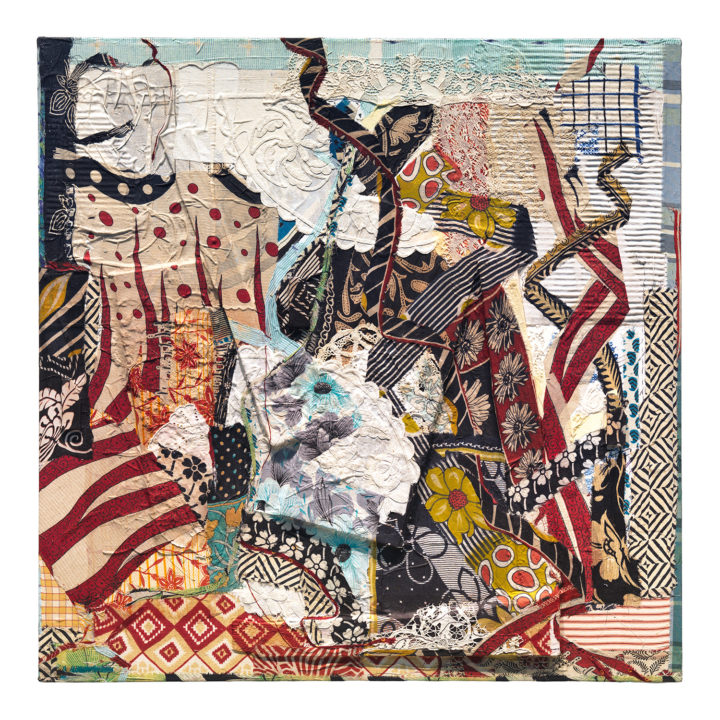 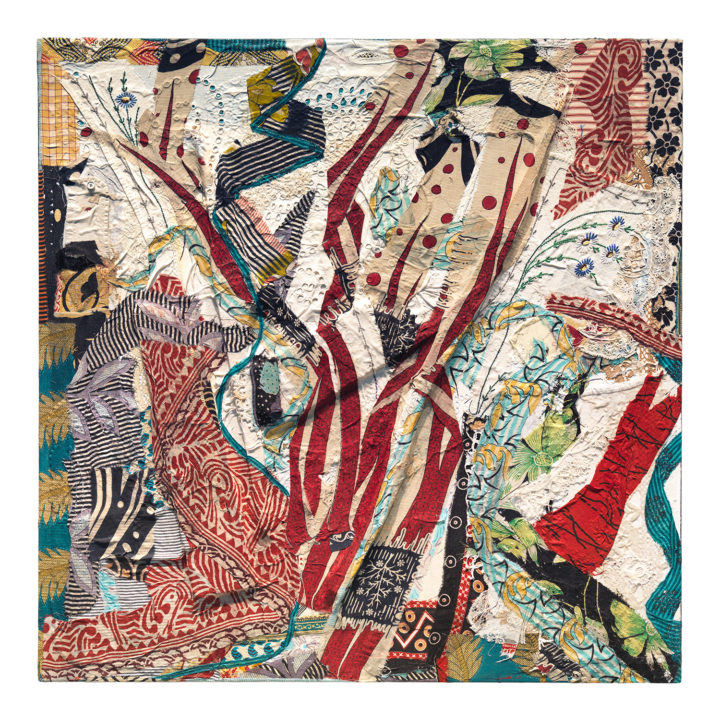 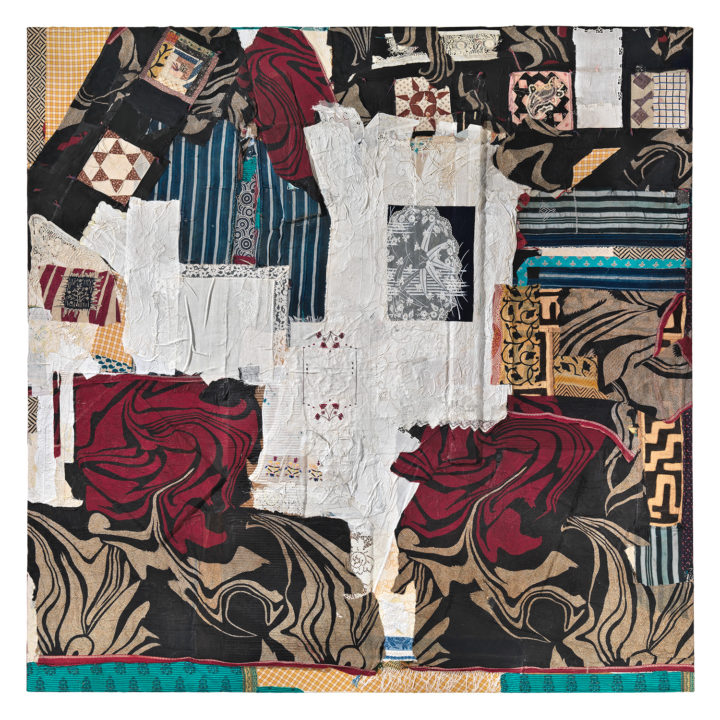 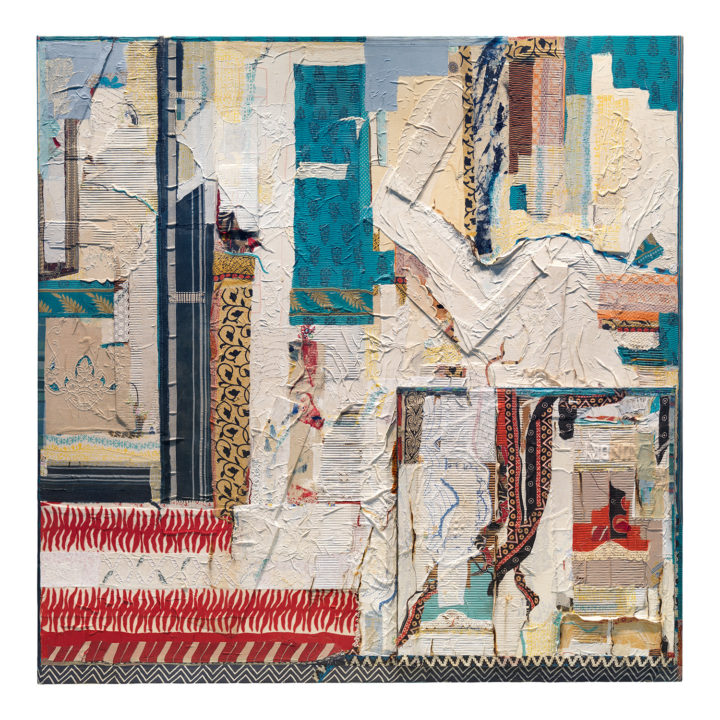 Peter Sacks began his creative life as a poet, making visions with words. In the late ’90s his preoccupation with words led him to want to painstakingly type them with a manual typewriter onto the relatively more permanent and resonant surfaces of discarded fabrics. He then used such scraps to make the colourful collages in his current exhibition, works of visual art that contain a myriad of stories. Like some restless rag-and-bone man, he’s reaped cast-off clothing and threadbare domestic linens, material evidence of souls now freed from need of such accoutrements by good fortune or death, with thousands of tiny stitches, every stitch a second, he’s made piece-full gatherings of anonymous and now unremarkable lives once lived in comfort or misery, all hoping for joy. From remnants, he has created art true to the tumult of life, works of living, breathing beauty.