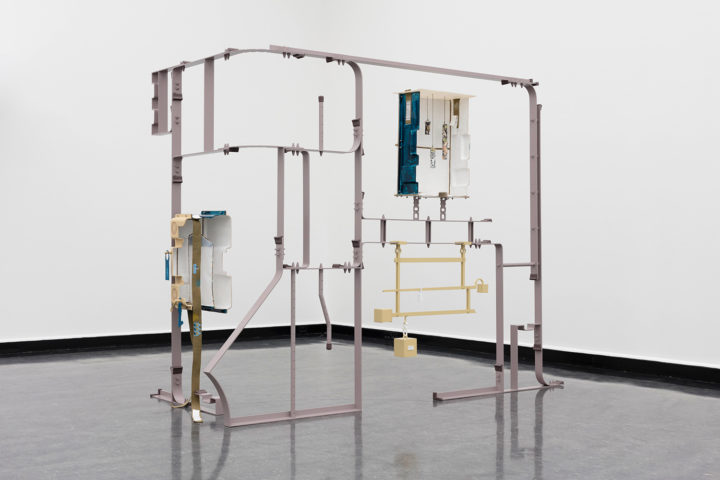 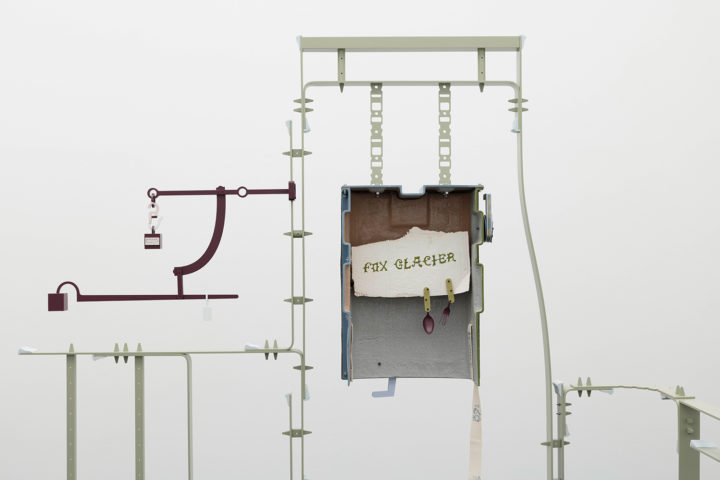 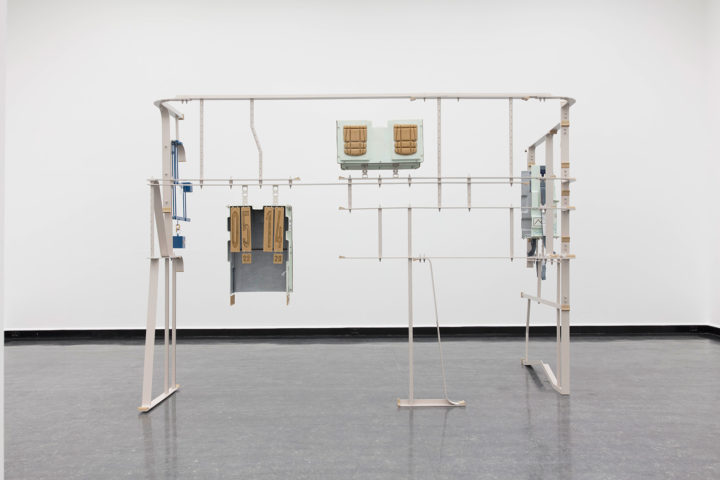 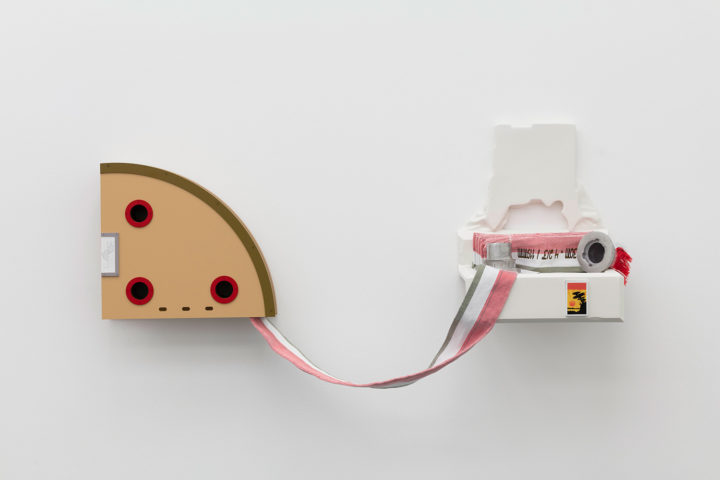 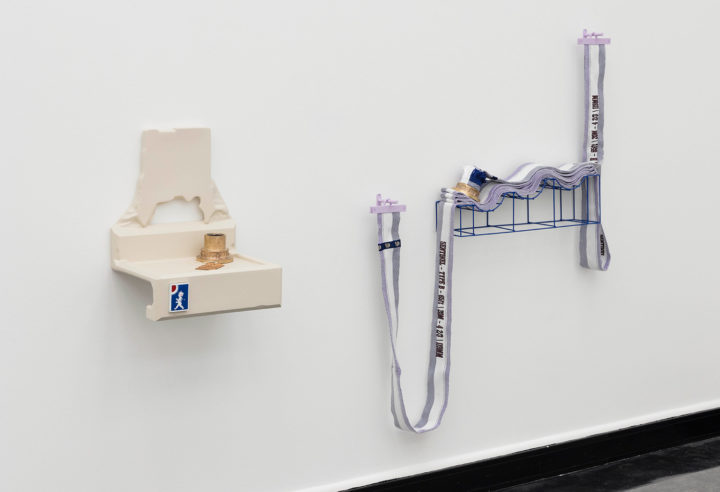 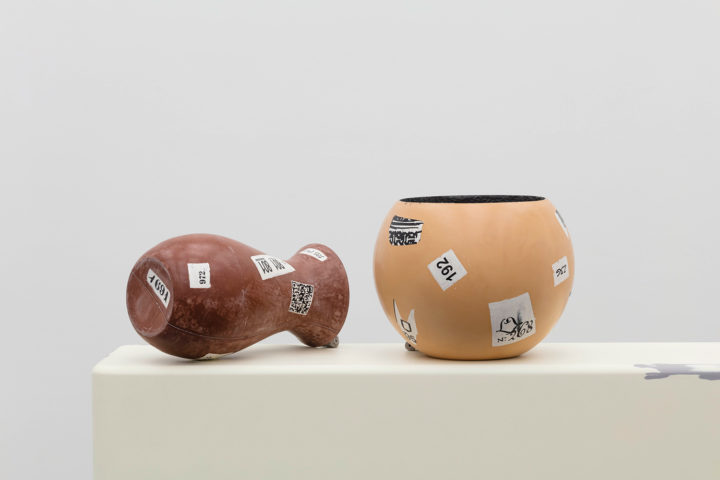 With Magali Reus, use-value circulates in a deep recess. In “As Mist, Description,” repressed utility is massaged to the surface; with smooth repose these assemblies offer augmented darts of mythic function. Previously on show at Bergen Kunsthall, the exhibition includes the “Hwael” series (2017); Old Saxon for whale, the three variants resemble a disarticulated carcass, yet the remains suggest a more mechanical constitution.

Analogous to “the skeletal framework of the public bus,” as the press release suggests, the “Hwael” also invoke water, situated around curving white plastered walls engraved with numbers to measure the water level from a ship’s hull. The desiccated steel structures seem to display a termination of singularity, appearing as an instrument once suited for strange economic development as well as a reserve for the imagination.

Framed as vessels for memory, objects can embody a supporting role for the mind. Yet Reus inverses the relation, creating objects and structures that intimate for themselves any manner of psychological and emotive qualities independent of our own feelings for them. As elaborate scaling instruments, the “Hwael” appear to demand preservation, their frameworks trimmed with incisor-like thorns; hung carapaces are adorned with autographs or wood veneer marquetry: a cross between backpacks and domestic boiler tanks. Cryptic ornamentation evolves: glyphs and graphemes proliferate; sketchy embroideries snake down straps that trail to the floor; lemon, aubergine, and white weights restore some innate balance; a plaque features a hand holding an egg to the sky; sulfurous doorknobs host teal signage; a molten trainer resides inside one carapace chamber. Indicating customization and conservation, they hint at the object-as-souvenir, the possessive aesthetics of personalization, and the symbols of repair manuals. Elements suggestive of personal possession imply the conventions of externalizing selfhood that, when addressed to objects, serve as vain attempts to domesticate the beast. Disentangled from anthropocentrism, ornament appears elemental to the object. Their excess is intrinsic. 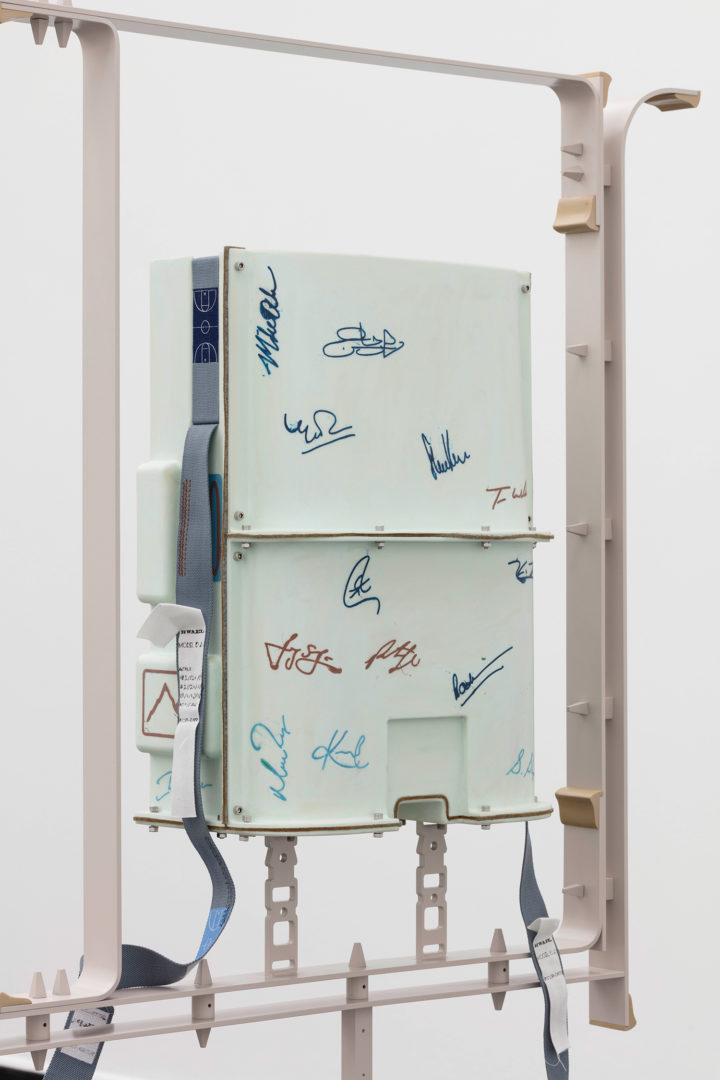 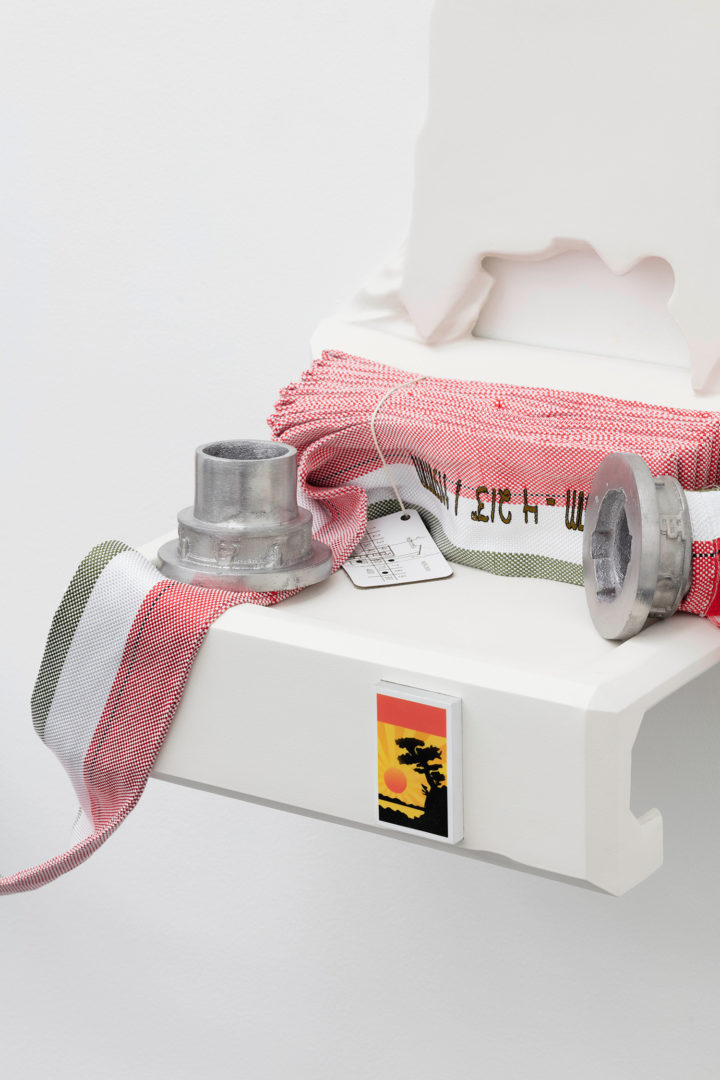 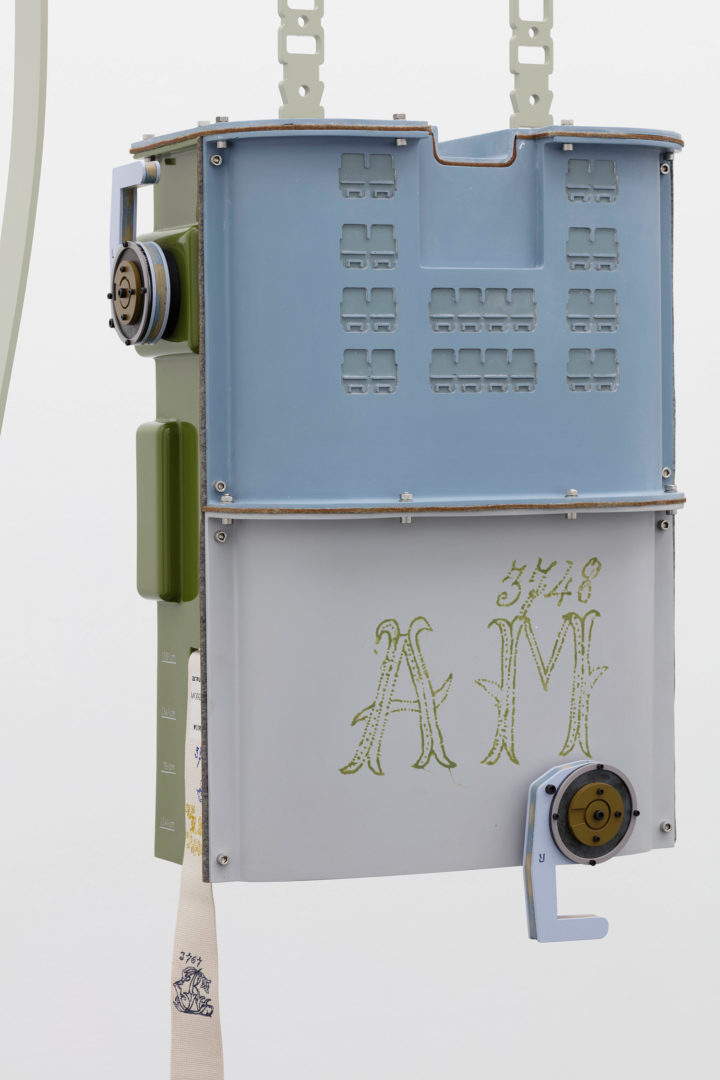 The “Hwael” works communicate a masculinity that distinguishes itself as pure projective force. In this sense they invoke the structure of seduction itself, belonging to the order of artifice, ritual, and signs; seduction eliminates discipline that aims at meaning and finality. Seduction is the puckered envelope but never its content. The “Hwael,” then, demonstrate speculation.

Reus often produces in series, and this repetition with difference reinforces the possibility of an object’s lineage. The “Sentinel” series (2017) demonstrates the need for seasonal maintenance. Reminiscent of fire hoses, each “Sentinel” features a length of embroidered cotton webbing, each with a small plaque depicting a different matchbox design similar to Norwegian Nitedals. Cross-punched tickets are attached, indicating a monthly performance check.

Reus is adept at demonstrating the impression that objects reserve ontology of their own. Each sculpture is rendered to acute specification, becoming an emblem of bountiful and mutable industry in materials such as aluminum, resin, cotton, felt, and Jesmonite. Ultimately, one might consider this entire space an arena. From the matte chocolate industrial floor, the embroideries of gymnasium floor plans, to the wooden scoreboards and athlete’s autographs, competition is prevalent. Exquisite and exploitative, industrial production is a complex sport. It is an exercise in which audiences and users are made habitually codependent on silent devices and invisible systems; we may only harness a sense of control by servicing them, by crossing each box.