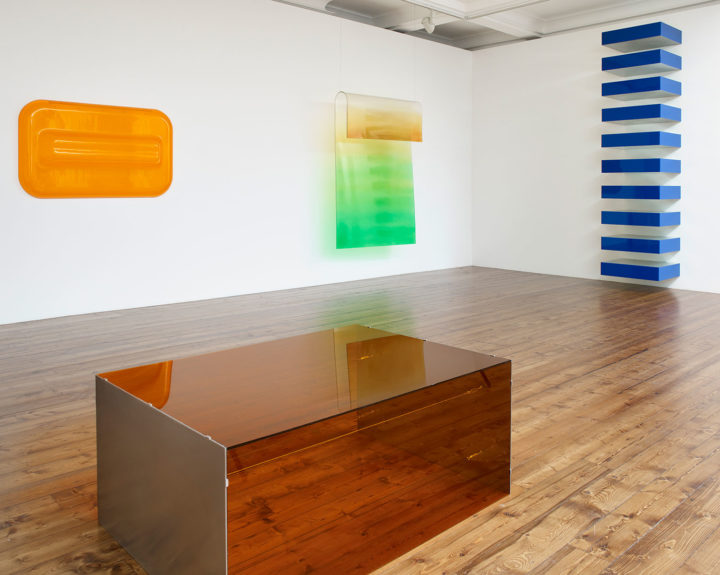 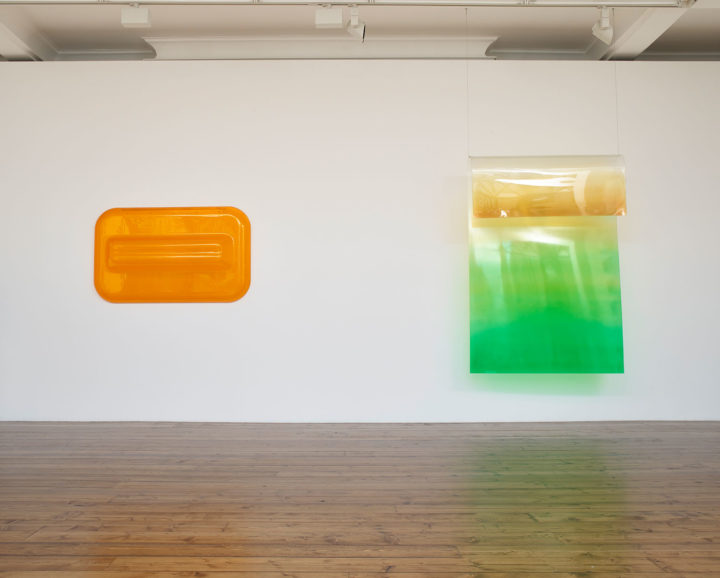 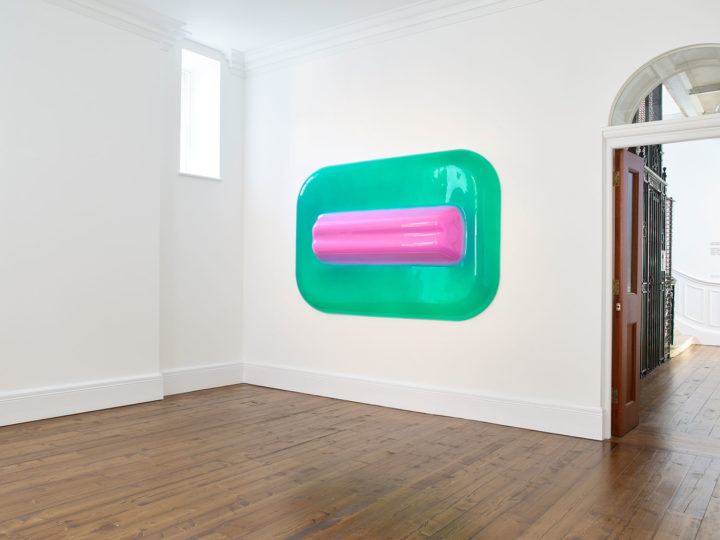 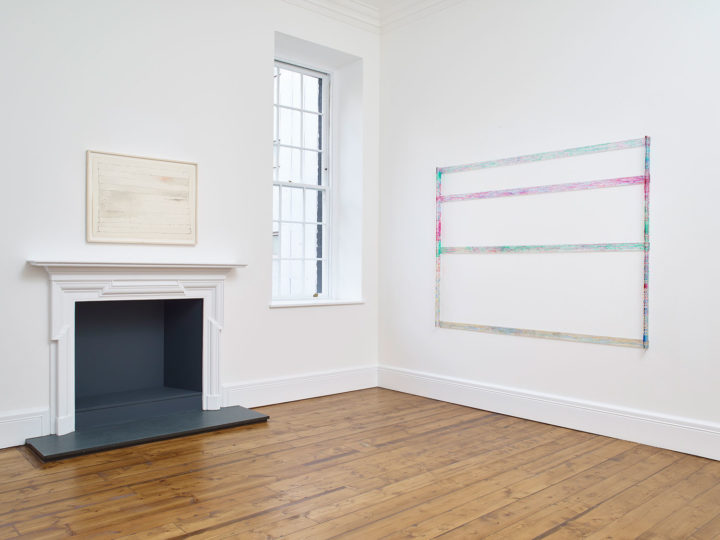 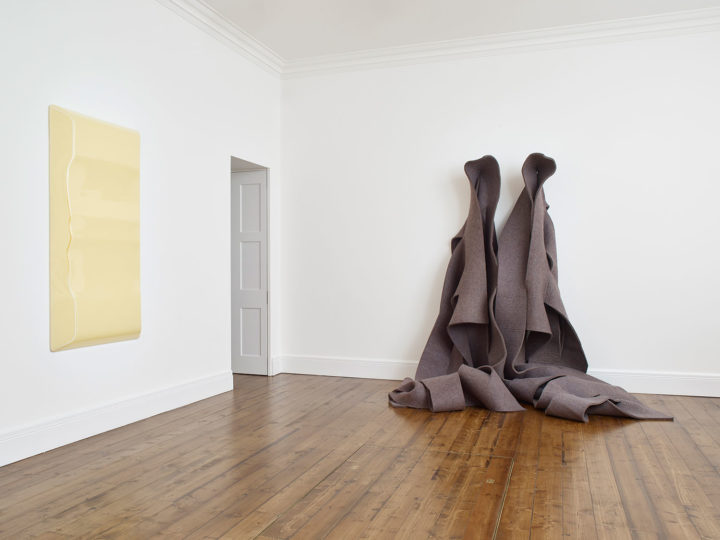 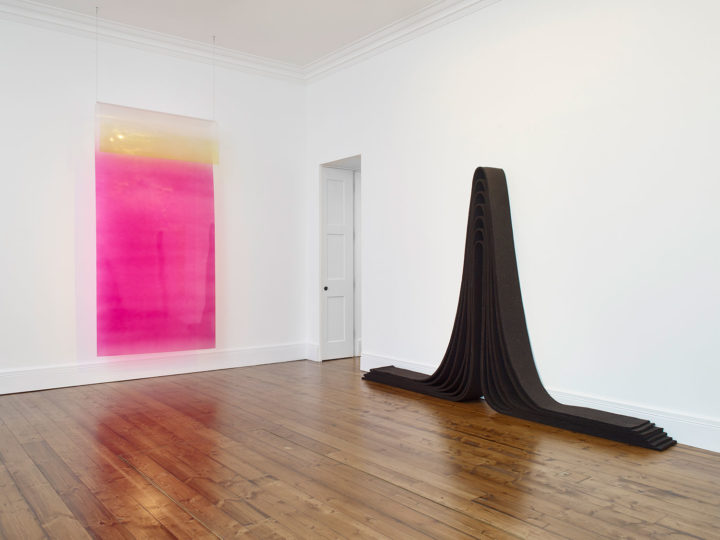 Inaugurating a new year in the immaculately refurbished Sprüth Magers in London, “Crossroads: Kauffman, Judd, and Morris” charts a minor territory of Craig Kauffman’s career between 1966–71, spotlighting the artist’s work during this period alongside fellow contemporaries Donald Judd and Robert Morris.

Though primarily known as a Los Angeles-based artist, the period in focus aligns Kauffman to his life in New York — his friendship with Judd and Morris — during which time Kauffman refined his approach to structure, form, dematerialization, and process. It suits that Morris and Judd be in dialogue with the center — Kauffman — whose sculpture actively declined keyword labels, unlike Judd’s “specific objects” or Morris’s “unitary forms.” Nevertheless, any series generates traction, and so with Kauffman decidedly more lively descriptors would travel over loose lips: “Washboards,” “Bubbles,” “Loops,” and “Hurdles,” to name a few icons of the Kauffman estate.

In this way, Kauffman’s work on show demonstrates an unchallenged desire for phenomenological observation, a project of formal pleasure that distends from concerns of figure and ground, wall and support, industrial procedure and material contingency. The ground floor features Kauffman’s bulging biomorphic and bullishly lusty vacuum forms, shellacked and uniform like candies in chronic tangerine or extravagant duotone: ridged carnation pink protruding from a lacquered jade. Each one has its own resolute charm.

Upstairs elaborates Kauffman’s easing of painting’s formal properties, with continuations of process-oriented work presented alongside Morris’s Fountain (1971) and Untitled (1968), two large-scale undulating felt works. Here, Kauffman’s “Loops” really shine. Large gradient-dipped vertical sheets of plexiglas, each “Loop” is draped from a wire allowing the plastic to curve as it cools, effectively suspending itself, irrepressibly relaxed. In the two examples on view, pliant steel pink or apple green both succumb to a dilatory lemon crown; needless to say they operate best in morning daylight.

Archival exhibition catalogues illustrate the trio’s various intersections, as well as portraits and original drawings of Kauffman’s. A second room upstairs displays ink sketches and a clear plexiglass relief with horizontal bars, a “Hurdle,” replete with splattered drops of translucent color — turquoise, raspberry, chartreuse — casting atomized, glorified shadows in a pattern much like the skin of a discus fish.

All three artists began as painters, but it is Kauffman that identified himself as such throughout his entire career. This constant, along with his intersections across San Francisco, Los Angeles, and New York, prove Kauffman to be a useful figure in reimagining Minimalism’s bicoastal relationship. At Crossroads, Kauffman is the line of enquiry, the channel that liberates the assertive framework of Judd and Morris.

As demonstrated by Olafur Eliasson’s The Weather Project, Tate Modern is establishing itself not just as a museum, but also…