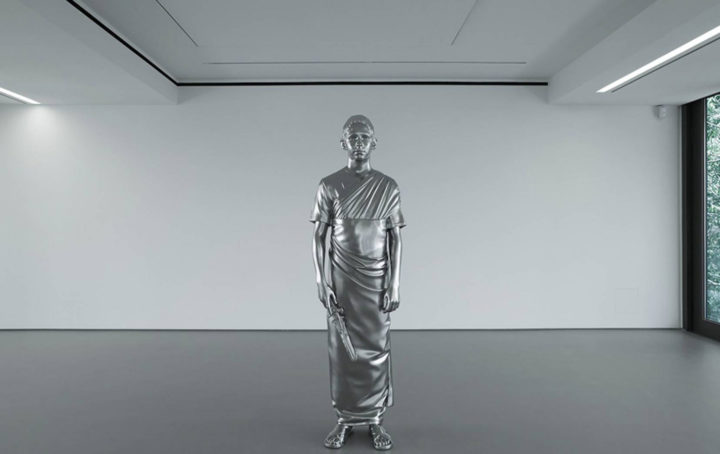 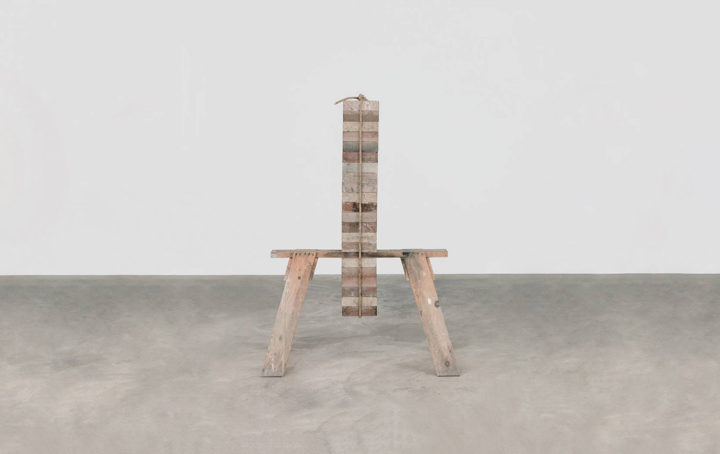 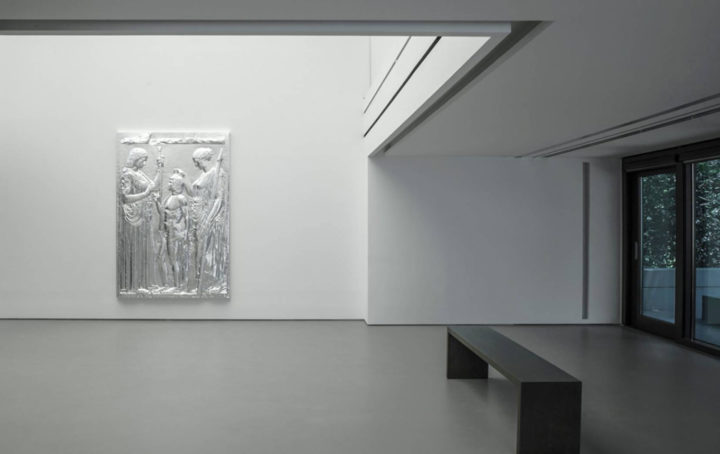 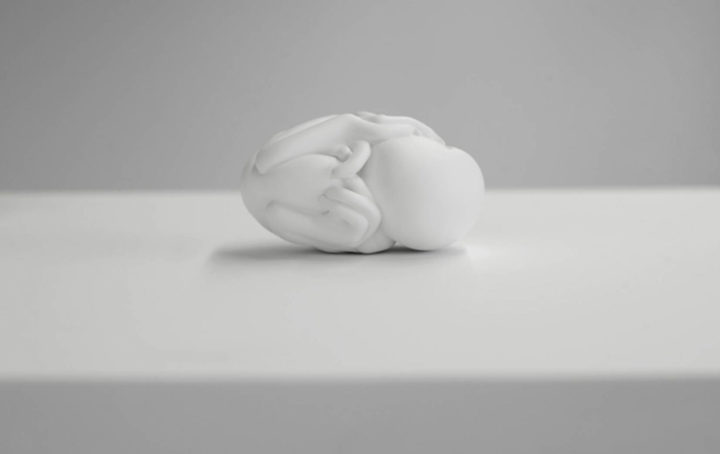 Charles Ray has staged a dramatic exhibition with four works, pregnant with philosophical ideas about representation, the human condition, and the confluence of past and future.

Largely indebted to Hellenistic sculpture, Ray is fascinated by the Great Eleusinian Relief, circa 440–430 BC, on permanent display at the National Archaeological Museum in Athens. A Roman version of this work is in the collection of the Metropolitan Museum. Unlike the refined marble carving of the original, the Roman replica was reproduced mechanically through a technique known as the pointing process. Thanks to the most advanced technology, Ray has recreated the Eleusinian relief in solid aluminum. His is a copy of a copy.

One could easily refer to the work as an example of appropriation art and put forward an argument about the postmodern condition, yet it is important to consider the myth behind the Eleusinian Mysteries: the abduction of Persephone by Hades, god of the underworld. Persephone was the daughter of Demeter, goddess of earth and fertility, who in one of her violent outbursts caused much suffering to the people. Zeus intervened and Persephone returned to her mother. Her rebirth stands for the rebirth of all life on earth and is often cited as the symbol of eternal life.

The embryonic sculpture Handheld Bird (2006), which, as its title suggests, depicts the birth of a bird, is another musing on life. More enigmatic, School Play (2014) depicts, in solid stainless steel, an adolescent boy dressed in toga and sandals and holding a sword; he could be the twenty-first-century version of Triptolemos, featured in the Eleusinian relief. Ray captures the awkwardness of adolescence and the struggle between acting and authenticity.

“Past crimes create future jails. This exhibition does not live in the present tense. It is created for the future,” writes the artist in the catalogue. His recreation of a work from the 1970s — a phallic stack of bricks tied to a sawhorse — suggests an impending catastrophe. It evokes the burden of today’s world on the individual and denotes the risks, guilty pleasures, and abundant possibilities of making and thinking about art.