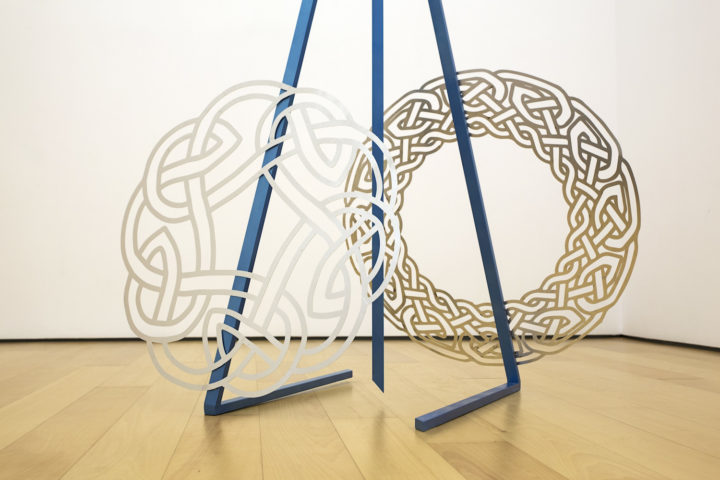 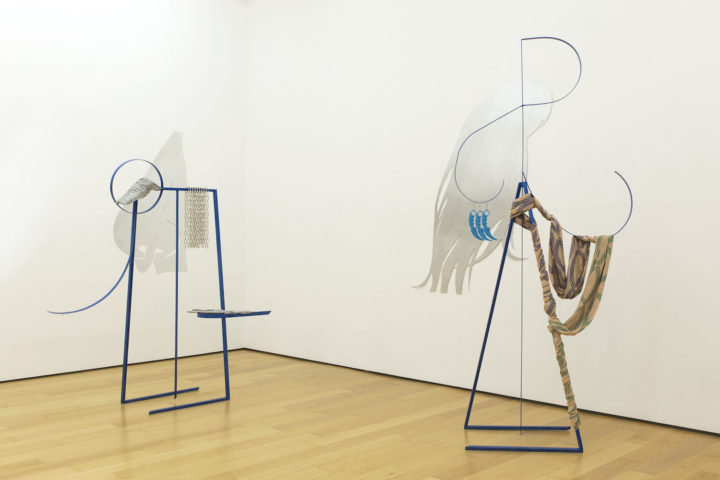 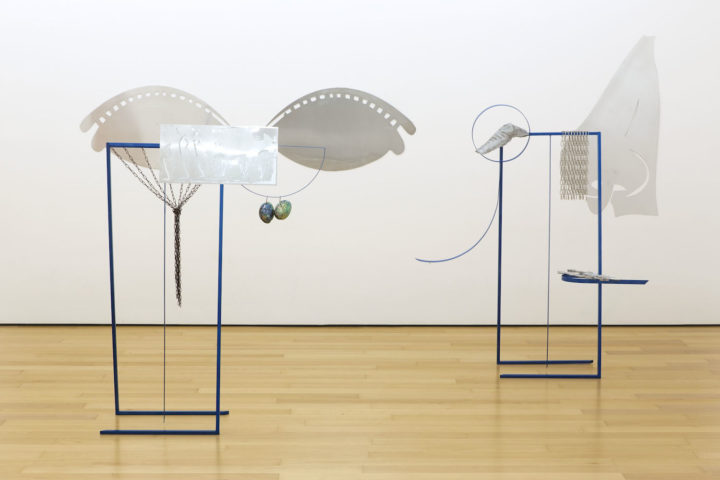 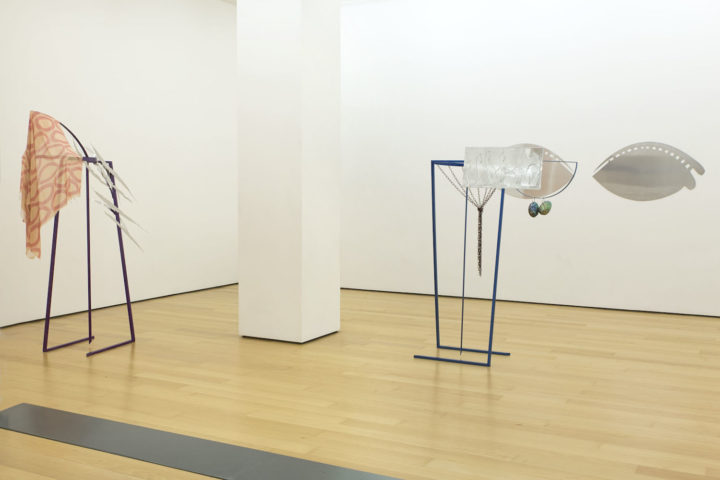 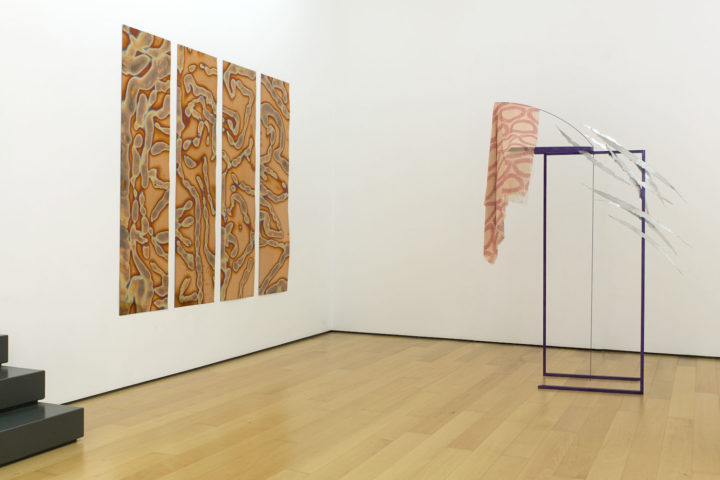 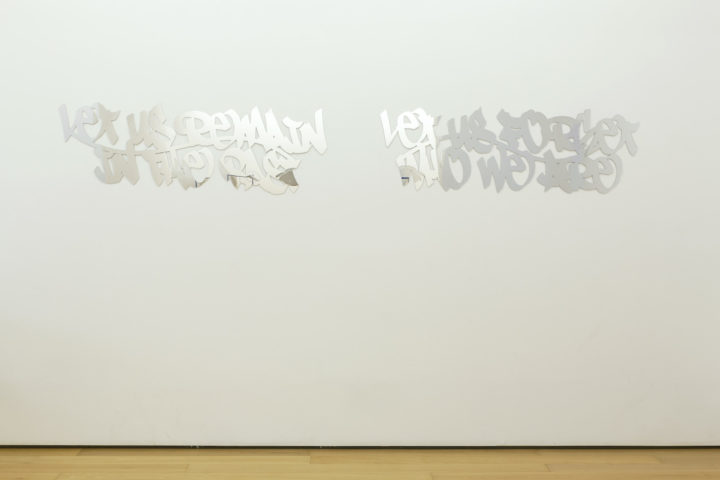 It is night and you are walking in the streets when, suddenly, the lights go out and you become tangled in darkness. Your sense of location shrinks while your sense of temporality expands. You wait for the moon to stop masking the sun, as if in a startling solar eclipse. Or, you wait for the police to decide that the fight is over and that it is okay to switch the lights on, as if on a Friday in Exarcheia, Athens. “Night Fight,” the first solo show by Lito Kattou at Eleni Koroneou Gallery, is similarly muffled across a poetic distance and a violent proximity.

Near the gallery entrance, two “Demands” (all works, 2017) read: “let us remain in the past” and “let us forget who we are.” The texts are rendered in mirror-finished PVC, in a font suggesting a graffiti tag, whose decontextualized affect here is not unlike that of a fresco in a museum. It is not clear from whence they have been displaced, nor who is making these directives. Suffice to say, they recalcitrate the looming present — even though their reflecting surfaces (temporarily) curb the images of the sculptures opposite them, in the lower level of the gallery. There, five freestanding elements are arranged in a seeming clockwise formation and are equipped with textiles printed with ring braids, cut-out aluminum scars or flattened plastic swords, to be used as decorations and weapons, tattoos and talismans. Coated in shining violet and blue car paints, these steel “Warriors” are assemblages of alphabetical symbols: the tops form semi-/circular and straight lines, while the bases are S-shaped trestle legs with a potentially basculating pendulum hung between. Thus, these otherwise thin, graphic signs suggest the possibility of oscillation or, more generally, movement — a gesture as simple yet potent as the leg moved forward in a kouros-type statue.

Such sequencing of references to, and divergences from, ideas of humanness and aliveness is amplified by the “Evening Shadows” series: slim aluminum silhouettes of body parts mounted on the walls, whose indexicality speaks of haunted ontologies and sculptural absences. Crucially, these frictions broaden Kattou’s investigation of the politics of volume, manifesting the latter as a problematic premise upon which the qualities of subjectness and agency are granted. In this sense, they participate in a transformative process of mythopoesis, aimed to politically open the way for new space-times populated by subjectivities yet to be known.