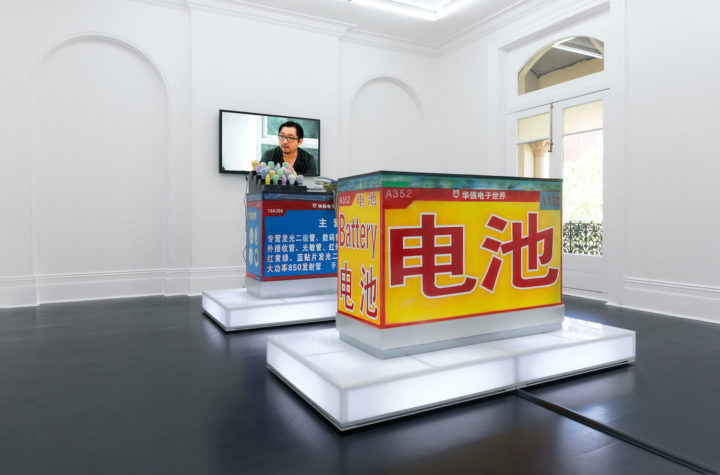 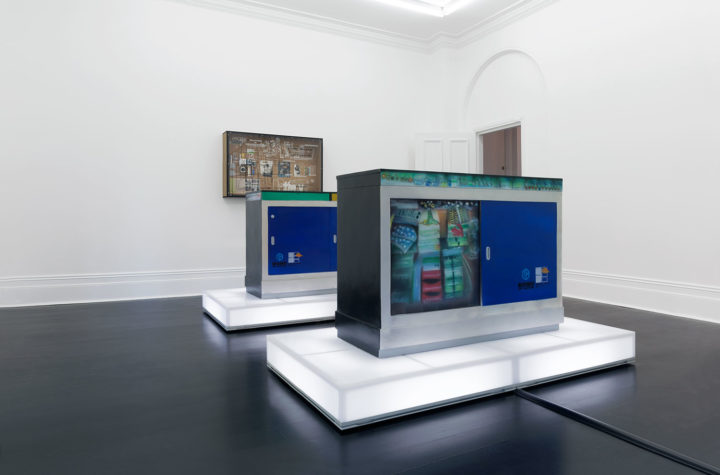 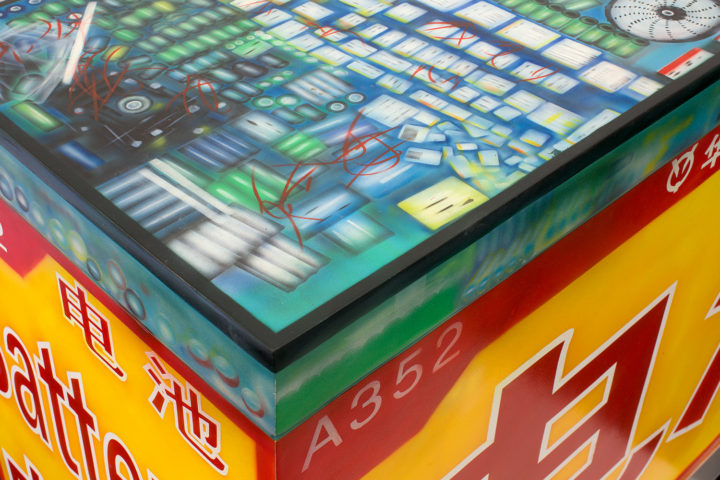 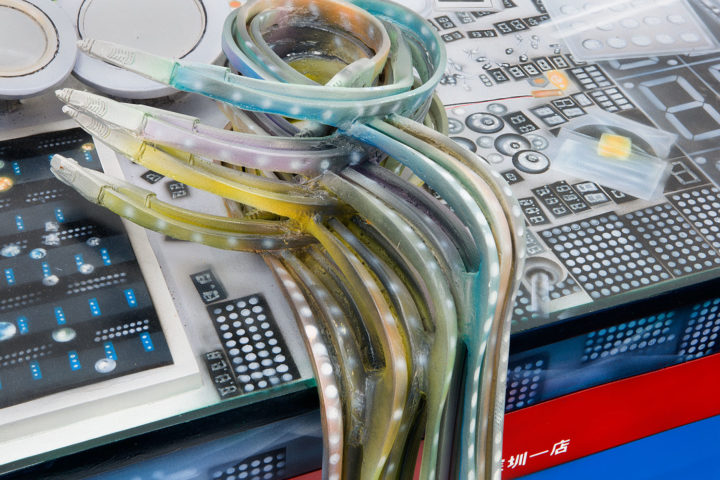 To most, the term “Silicon Valley” invokes the idea of American tech-billionaires based in San Francisco. It is the foundation of a modern technological force that now underscores everyday existence; smartphones, search engines and social networking sites all have their origin and spiritual home within its vicinity. What is perhaps lesser known within the popular (or rather Western) imagination is the city of Shenzhen, sometimes described as the Silicon Valley of China and renowned for its technological industry and enterprises. This is the city that conceptually foregrounds Simon Denny’s latest solo exhibition, titled “Shenzhen Entrepreneurial Form.”

Shenzhen is a fitting location for the New Zealand-born, Berlin-based Denny to base his latest work upon. The artist has become renown in recent years for his large-scale installations that interrogate the complex intersection of technology, corporate culture, labor and society within the twenty-first century. A 2015 installation titled A Secret Power for the Venice Biennale, for instance, was a critical examination of the contemporary world as reflected by NSA PowerPoint slides leaked by whistle-blower Edward Snowden.

“Shenzhen Entrepreneurial Form” is technically precise and clinically executed. Contained within a single room, the work consists of three large synthetic plinths, perched atop light box platforms and imprinted with colorful airbrushed images of electronic innards and Chinese text characters. A documentary video of factory workers in Shenzhen projects onto one wall, while a deconstructed karaoke microphone sits encased within a glass cabinet on the opposite. The effect is almost church-like, akin to a kind of technological altarpiece, and it feels both complex and calming: a shrine to the achievements of late capitalism, to the bizarre ingenuity of wireless karaoke microphones and the artificial glow of LED lights.

This is not without critical intent, however. In an accompanying essay, Denny extrapolates that “China aims to encourage self-sufficiency via a program of mass entrepreneurship; a meritocratic system wherein everyone has access to the tools for creating their own business, and thus a means of supporting themselves. In short, this could feel like Thatcherism on steroids.”

The show is distinctly complimented by the newness of the gallery space itself. Its director, Ryan Moore, previously of Modern Art London, has recently relocated to Sydney, with Denny’s show only the second to be held in the new space. An upcoming show of work by another Berlin-based artist, Juliette Blightman, has solidified the gallery as a showcase for international contemporary art — much needed within the current Sydney art landscape.

It is an extremely promising start for the young gallery. Denny’s installation forges a sense of critical engagement with the far-reaching impact of technology under late capitalism. As the century progresses and global markets continue to expand, the effects on society are yet to be fully realized. Denny’s contemplative body of work essentially begs the question: What now does the future hold?