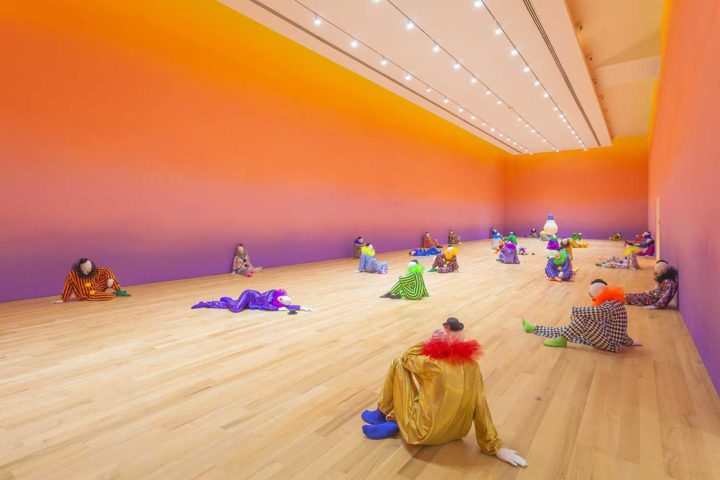 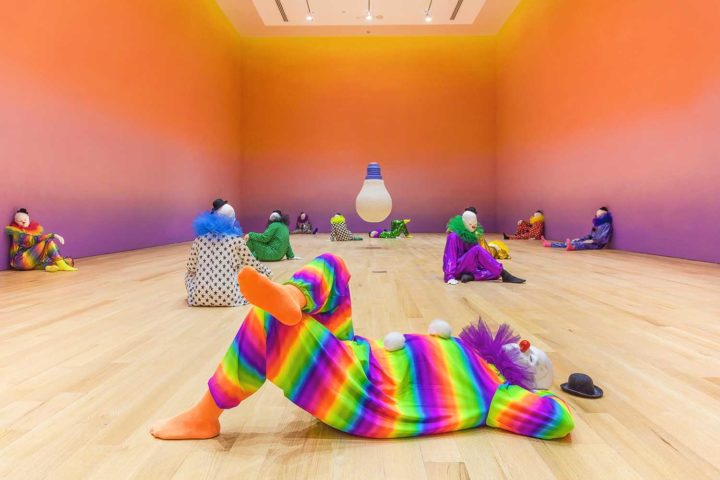 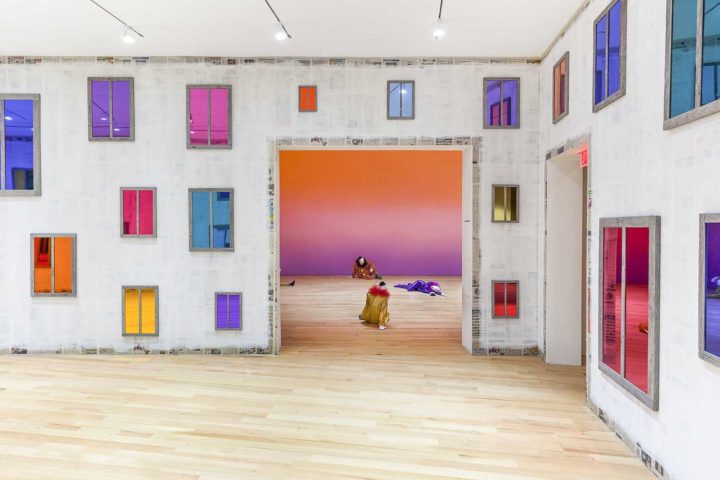 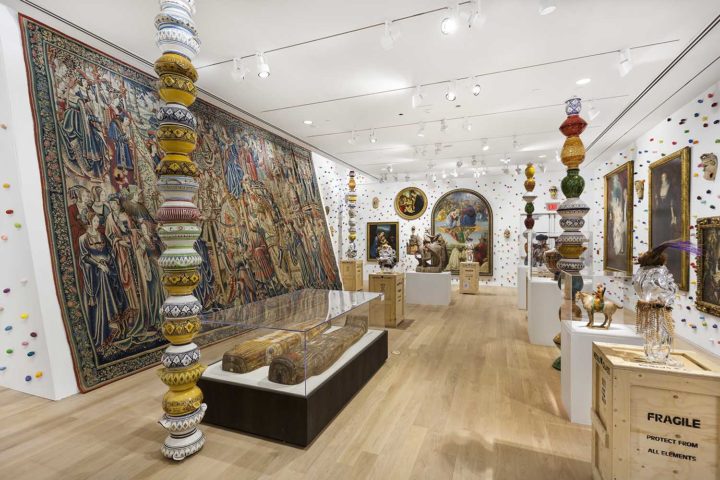 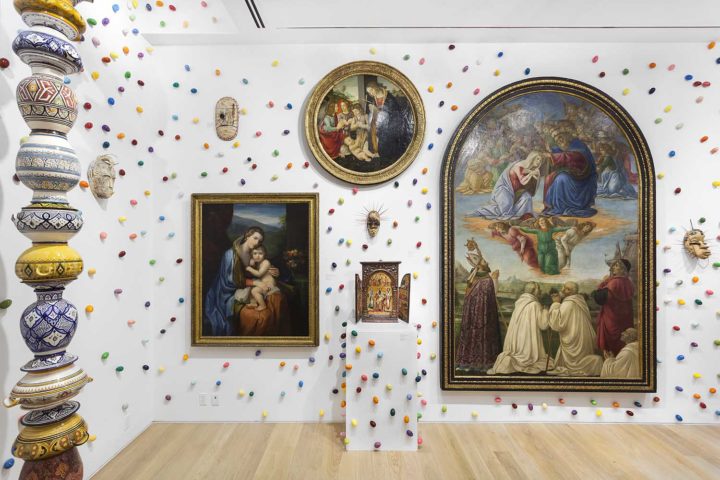 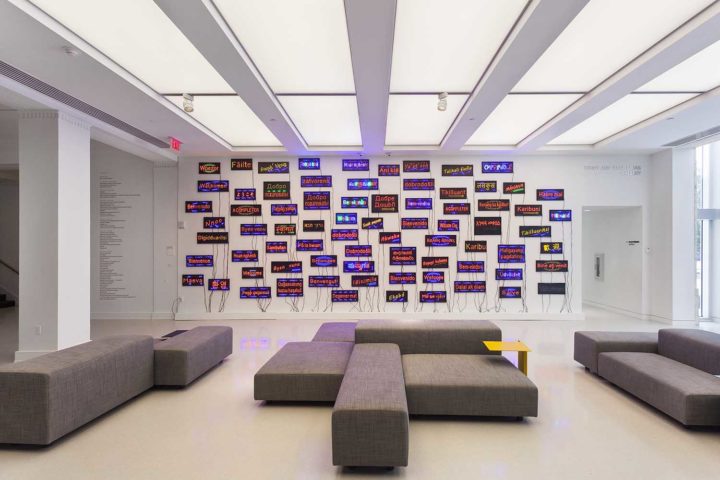 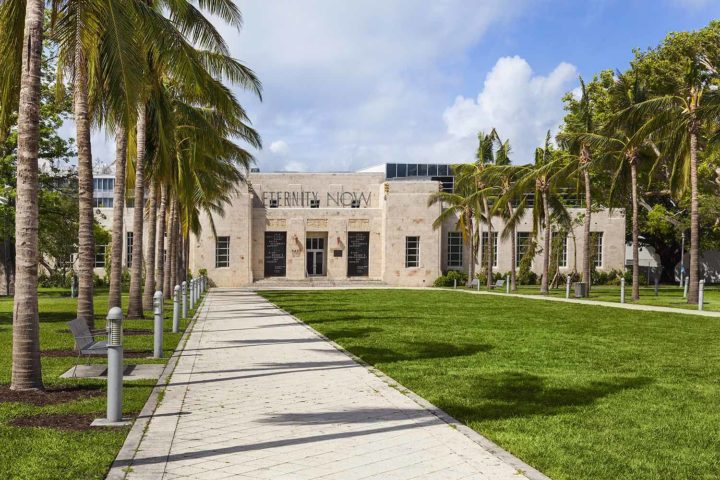 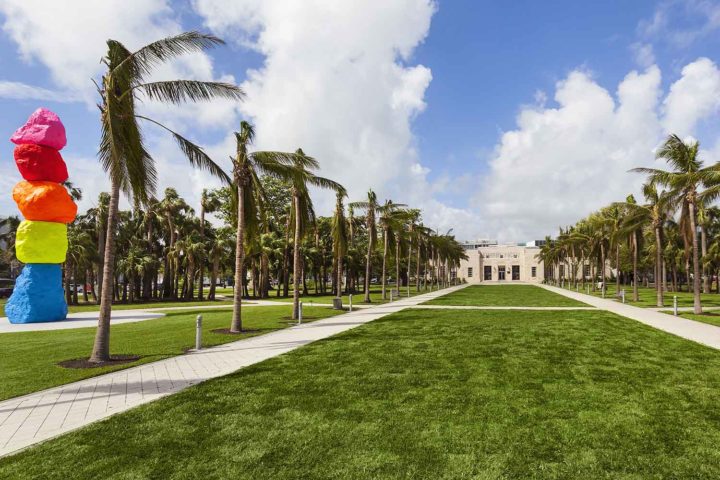 “I call that Bazooka Joe pink,” says the man dispatched from New York to spruce up Ugo Rondinone’s forty-two-foot-tall Miami Mountain (2016) in preparation for the reopening of the Bass Museum of Art on Sunday, October 29, 2017.

He’s gazing up at the topmost boulder in the stack of five, all freshly repainted in a rainbow of graffiti-resistant fluorescents, but could just as easily be describing Miami’s signature hue. According to Rondinone, whose clown-filled solo exhibition “good evening beautiful blue” inaugurates the renovated Bass, “Day-Glo color is the most artificial color that you can get.”

Nature and neon, art and artifice flourish under the blistering Miami sun, and the two-year, twelve-million-dollar transformation of the Bass, founded in 1964 by the city of Miami Beach with the donated collection of residents John and Johanna Bass, promises to extend the institution’s role as a cultural hub well beyond the annual bacchanal of Art Basel. Rondinone’s Miami Mountain, an Instagram sensation since it was installed outside the museum last fall to kick off a decade-long collection-building initiative, is just the tip of the iceberg.

“The Bass is Miami Beach’s contemporary art museum, and what we’ve done with this new design is create spaces where you can spend more time with the art,” says executive director and chief curator Silvia Karman Cubiñá. Architect David Gauld, working with Arata Isozaki (who designed the museum’s previous expansion, completed in 2001), carved out an additional forty-seven percent of exhibition space within the existing building, a 1930 Art Deco edifice by Russell Pancoast that began its life as a public library, bringing the total area to 41,000 square feet.

A series of clever moves — replacing the space-hogging central ramp with a sleek staircase, enclosing a terrace to create a sky-lit pavilion for special events, reconfiguring another part of the first floor to make a dedicated space (and entrance) for educational activities — and cosmetic enhancements (an overhauled lighting system, fresh floors and finishes, new signage) combine to create a more polished, integrated and flexible museum that is intuitive rather than daunting to navigate.

Once lobby-less, the new Bass boasts a central gathering space with ample comfortable seating. On one side is a constellation of LED signs that read “welcome” in an array of languages. This Welcome Wall is a new site-specific work by Cameroon-born, Belgium-based Pascale Marthine Tayou, whose solo show “Beautiful” shares the opening bill with Rondinone’s. An exhibition of recent work by Mika Rottenberg will debut in December.

“We’re an urban museum,” says Cubiñá. “You bump into this museum while you’re walking to the beach or a restaurant, and we take that responsibility quite seriously because if people can bump into art, the possibilities are endless.”