This year, just as Documenta is engaged in a dialogue between Kassel and Athens, Skulptur Projekte Münster has sought to collaborate with Marl, a city that, despite its close proximity, has experienced a very different social and visual development since the end of the Second World War. The exhibition has always stood out for its sensitivity toward art’s democratic role within public space. The fifth edition will open to the public on June 10, 2017 and is a timely chance for reflection a decade on from the last. Flash Art speaks with curators Britta Peters, Kasper König and Marianne Wagner.

The “Out of” magazine series that accompanies Skulptur Projekte 2017 calls attention to ways in which our experience of sculpture has changed recently, mediated by an increasing digitalization of life. How do you see our understanding of public space having changed since the last Skulptur Projekte a decade ago, and how does this year’s exhibition reflect that?

Skulptur Projekte Münster: Since we are in the middle of a rapid development, it is hard to define the situation we are in now. But digitalization changes our ideas of public and private dramatically, that’s for sure. The term “private” today only seems to fit for property, no longer for private data or a private atmosphere. Numerous aspects of the term “public” might, these days, be understood in terms of “transparency,” which doesn’t necessarily lead to a critical public — think of Trump and how little all the knowledge of his lies and manipulations affected the election. In some sculptural projects the questions of digitalization are very much in the foreground — for example Hito Steyerl, Aram Bartholl, or Andreas Bunte — in others it is a more implicit subject. A lot of works are reflecting the body, which can be read as a way to think about digitalization; focusing on a body which disappears and is substituted through digital and mobile devices.

From its beginnings Skulptur Projekte has engaged in a robust dialogue with municipal authorities and private entities, emphasizing its democratic foundations. Has the current political climate brought a greater urgency to this edition, perhaps informing its greater emphasis on performance?

SPM: The first two editions of Skulptur Projekte caused a number of conflicts with the citizens of Münster, additionally kindled by the local press. Since 1997 this relationship has altered towards one of greater acceptance, even including a misunderstanding of the exhibition as a city marketing tool, something the curators and artists are definitely not interested in. These days it is just part of the frameset we have to deal with. The interest in performance takes its starting point from various directions: the interest in the body, as well as questions about sculpture and time. What does material presence mean and how does this relate to a more ephemeral experience? The latter may also be felt very strongly, remaining as lively in its remembrance as the encounter with a material work of art. In Münster one encounters a lot of “ghosts” of former art works, and the performance pieces will add some new ones. It is important that the exhibition itself is always set up temporarily, even though many works have stayed in the city since 1977.

Of the more than thirty-six sculptural projects that remain in situ in Münster from earlier iterations of the exhibition, are there any that feel especially resonant to you right now?

SPM: The so-called public collection is very important, because it offers the public a longtime relationship with the presented works of art. Some of the contributions of the artists from 1977 to 2007 are stronger than others, but the majority hold great aesthetic power. Some of them, for instance Maria Nordman’s plant-based work De Civitate from 1991, lay “dormant” for over twenty years and now seem to get more relevant. By contrast, Bruce Nauman’s Square Depression, proposed in 1977, was only realized in 2007. It is certainly of the most interesting ones.

This edition is marked by the collaboration between Münster and the nearby city of Marl. What was the rationale behind this, and how has this dialogue been born out?

SPM: To put it in a nutshell: the identities chosen by the two cities after World War II — reconstruction and continuity in Münster, radical modern architecture in Marl — could hardly be more different. For various reasons, art in the public space plays a decisive role in both. Whereas the development in Marl can be understood, broadly speaking, as an integral element in the conveyance of a modern humanist worldview, it would be another decade before the first Skulptur Projekte was realized, in conflict with and in opposition to the conservative town society. All this makes the exchange very interesting for both sides. And it is not far between the two, only sixty kilometers by car — everyone can visit and appreciate the different settings. For the fifth edition of Skulptur Projekte this collaboration means to open a window: not only focusing on Münster, but to put this island-like city — with its educated, wealthy population working in administration or at the university — in a relation to the surrounding Ruhr region, which was formed by the rise and fall of industrial work. 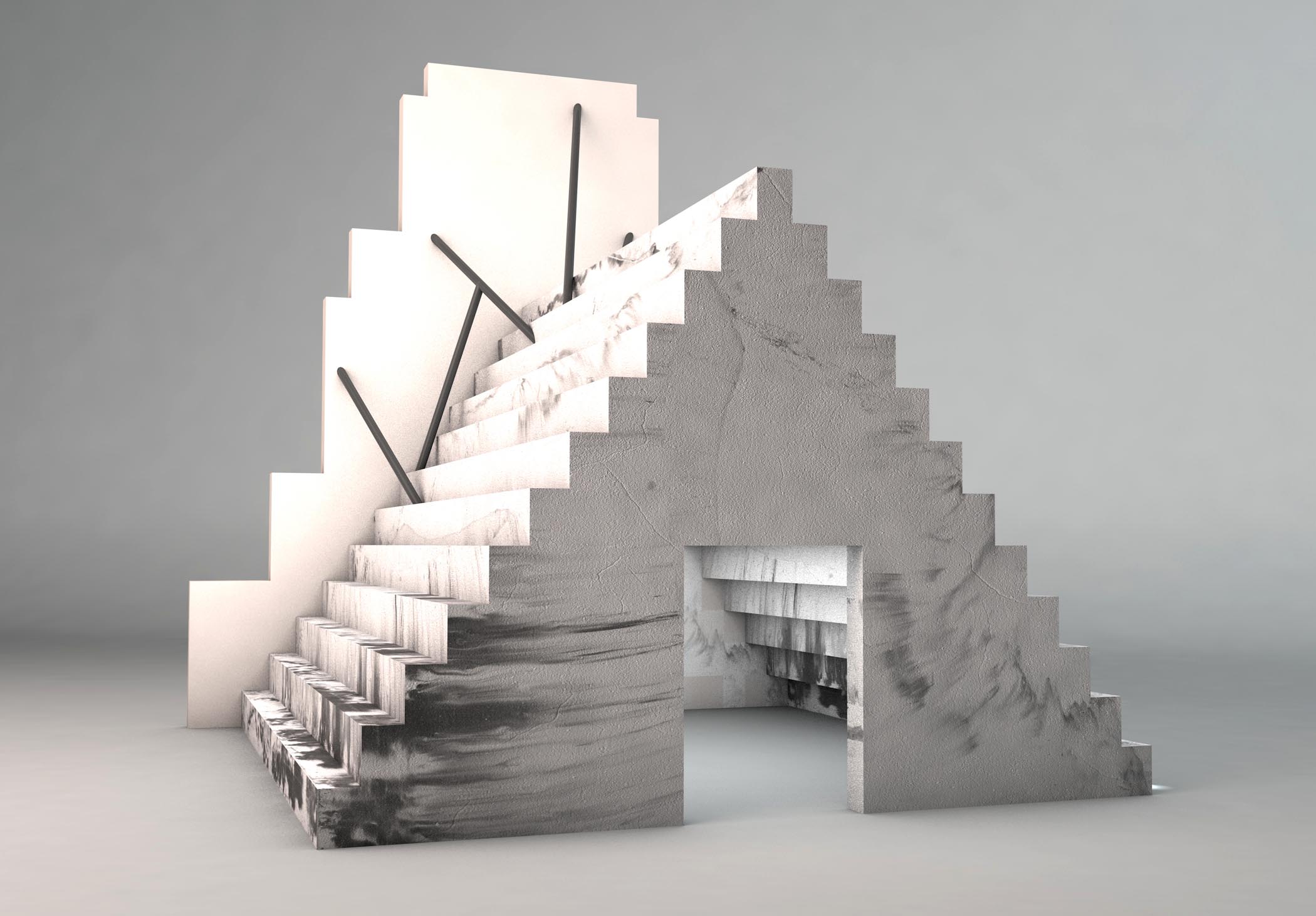