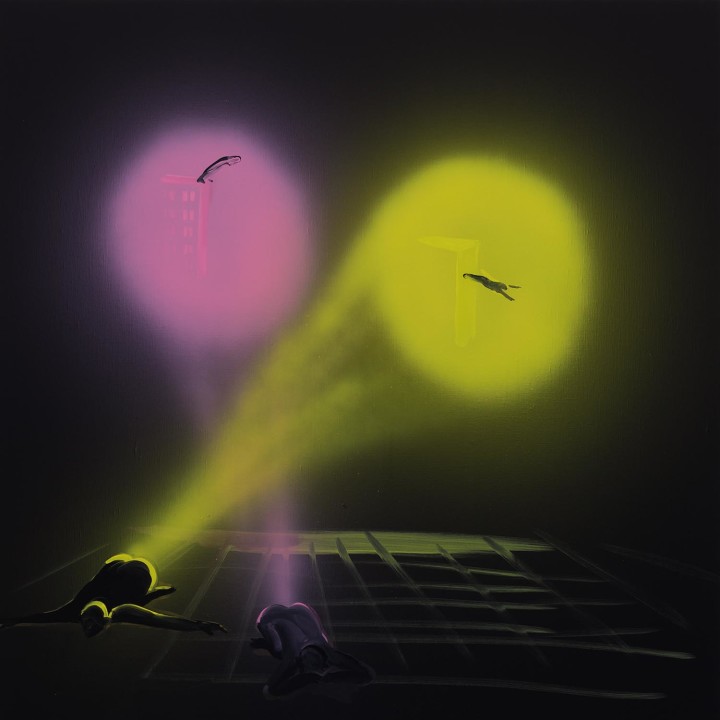 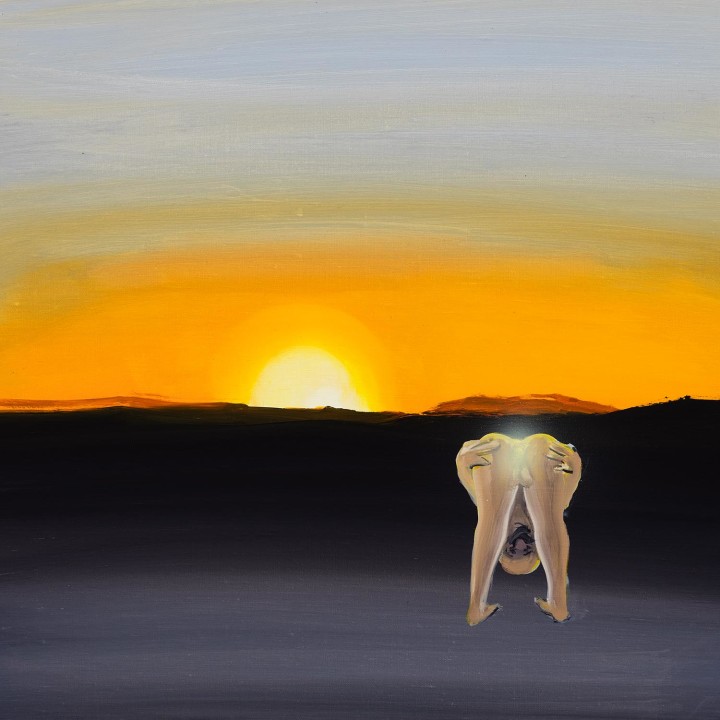 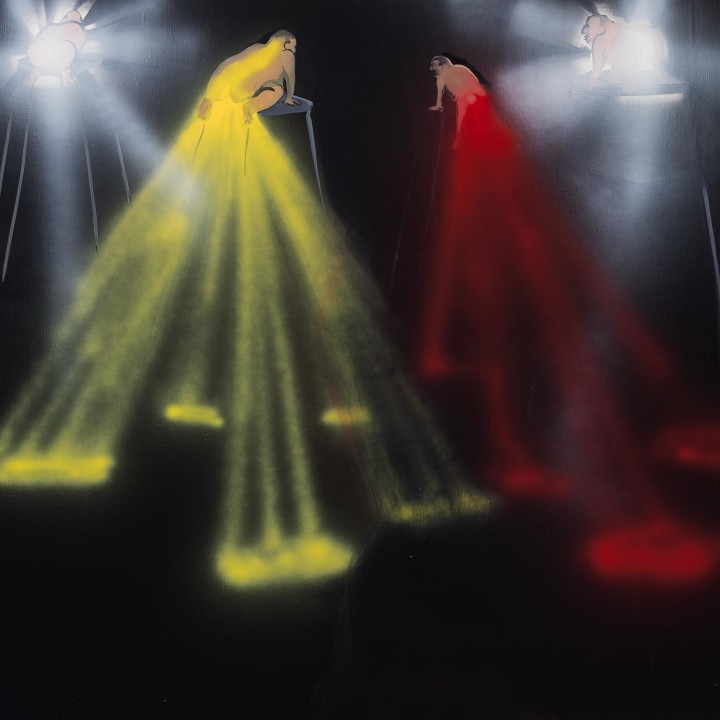 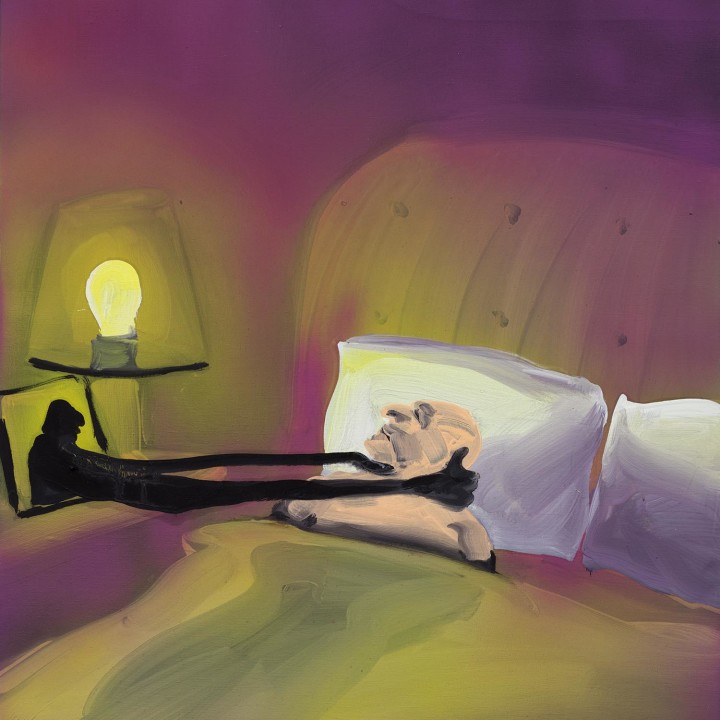 For Tala Madani’s first solo show in France, Nicolas Bourriaud has selected seventeen paintings and one animated film, all about the “presence of light and the patriarchal théâtre de la cruauté.” With a grotesque and caricatural approach, Madani develops a male-dominant imagery. Her cartoonish style and loose, expressive brushwork render her figures fumbling and clumsy. Men run wild in a world of homo-social fraternity, of secret societies.

They appear at times aggressive, ludicrous, inconsistent and vindictive within darkly comic and uncomfortable mise-en-scènes. Often balding and paunchy, they engage in absurd activities and scenarios that fuse playfulness with violence and perversity. They are presented in their most primitive form, dominated by sexual impulses and inhabiting a universe defined by ritualistic behavior, buffoonery and debauchery. Madani seeks to “subvert a particular overflowing masculinity, a certain type of masculinity that is deflated.”

Light as an artificial and special effect is central to many compositions, as in her ongoing Rear Projection series (since 2003). Her figures are the source of light, projecting content from their “solar anus” onto the canvas. According to Bourriaud, “[it reminds] us of a searchlight whose purpose is to leave nothing cloaked in darkness. It’s a police dragnet, a crime-fighting tool, an aggressive raid. In Madani’s work, light never shows anything; rather, it blinds the viewer like a spotlight: too bright, it impairs the gaze.”

The majority of her paintings depict men playing with their anuses, penises or bodily fluids in childlike fashion. Concentrating on the unapologetic baseness of human behavior, Madani reveals the externalization of an internal process: excretion as both economic symbol and allusion to death. 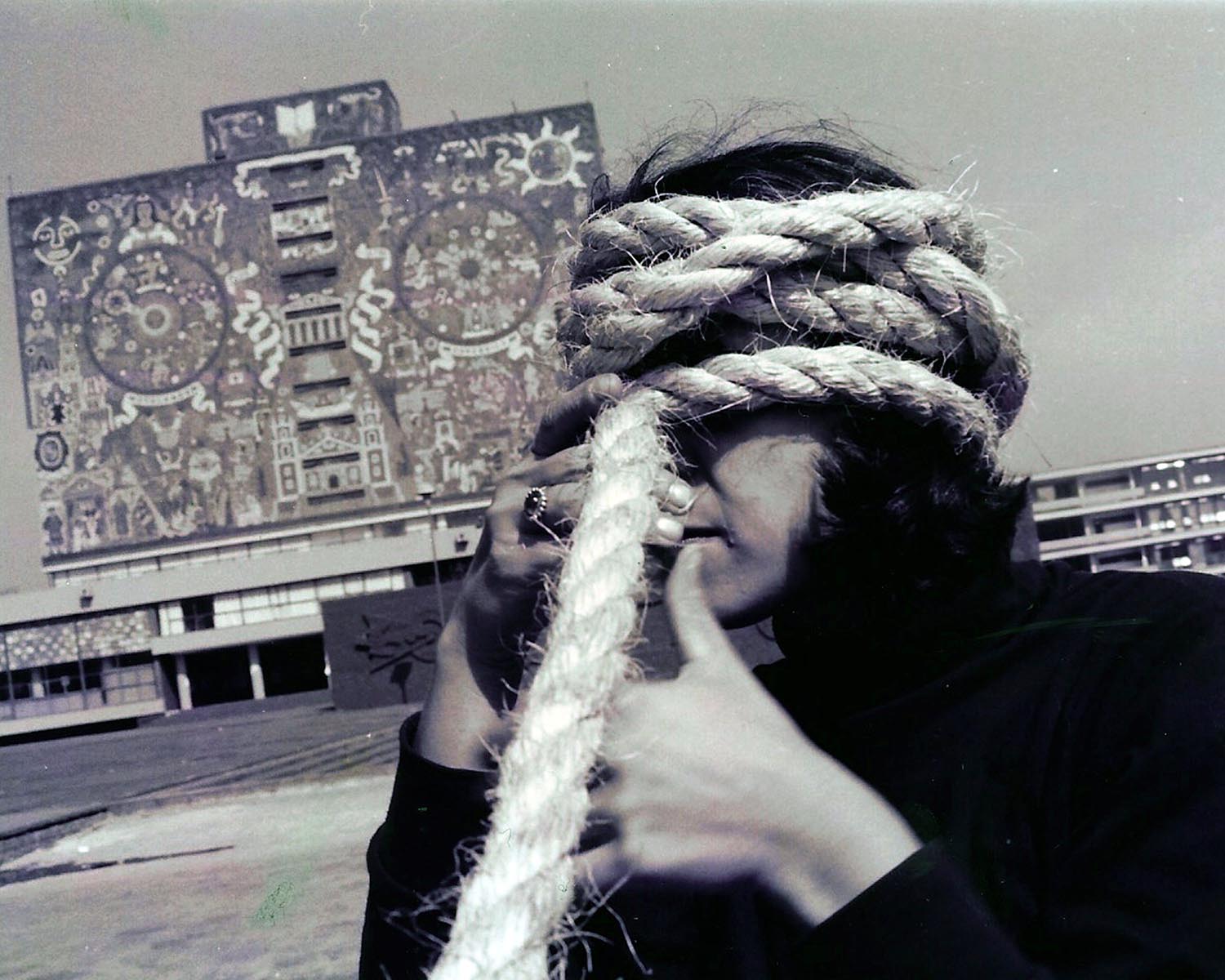 Every few years, the Getty embarks on something called Pacific Standard Time (PST), a bat-signal to Los Angeles’s institutions, galleries…