The four-year research project “The Human Condition” — curated by Viktor Misiano across three art institutions — aspires to raise fundamental ontological questions regarding human nature and being. The first of its planned seven sessions, “Limits of the Human,” has opened with the exhibition “Elective Affinities” at the NCCA.

Taking Goethe’s famous novel as its point of departure, the exhibition looks at artists who address eternal problems and subjects across all categories of knowledge, similar to the ancient Natural philosophers. Here Misiano discusses the premises behind “The Human Condition”.

The title of your overall project refers to the eponymous book by Hannah Arendt. Was it an important allusion?

Hannah Arendt was a very important allusion, because the initiator of this project was the Jewish Museum. We started to discuss the exhibition, and while I was thinking of its subject, I actually seized on the Arendt that I was reading at that moment. It implied the image, metaphorical meaning and a multitude of cultural references. In general, the idea behind this project is to respond to what one may call “the anthropological turn” that superseded scenarios popular in the 2000s. What I see now is the return to metaphysics, “eternal” values and subjects as well as to existential, private and personalist experience.

The Russian artistic context is often reproached for being derivative. Is “The Human Condition” an “original intellectual statement stemming from the Russian context,” as you described it?

Quite often serious and well-articulated curatorial projects that we receive are in fact “exported goods.” Such is the politics of the Garage Museum, where “Grammar of Freedom: Five Lessons” was made by the Museum of Modern Art (Ljubljana), or the Multimedia Art Museum, where Ilya Kabakov’s solo show was organized by Dutch curators from the Van Abbemuseum. As for our exhibition, it is a long-lasting international project that can become a subject for further export to other museums or galleries. “The Human Condition” is made simultaneously by three museums. The reference to the discursive and theoretical context implies that the subject of this project is taken very responsively. Organizers and curators invite specialists, theorists and researchers from different spheres and disciplines, such as postcolonial theorist Madina Tlostanova or sociologist Alexander Bikbov. Each of seven exhibition projects will be accompanied by a research program.

How do post-humanism, the Anthropocene and other trends in philosophy and theory, which try to equate human beings with other species, correspond to “Elective Affinities”?

I did not want to run skippingly among some fashionable subjects, but rather tried to be adequate to my intellectual history and curatorial experience. This exhibition unites specific artists; even though they resonate with these subjects, most of them are representatives of my generation. Their oeuvre reflects the issues around the Anthropocene and the return to the natural, but they came to these topics through their own intellectual history, e.g. relational art, which is also characteristic of my own intellectual biography. Almagul Menlibayeva, Katie Holten, Elizabetta di Maggio, Alexandre Joly, Christiane Löhr and Vadim Fishkin — all of these artists began to work in the ’90s in the context of “relational aesthetics” and “communication aesthetics.” I responded to discussions around the Anthropocene because most of the problems were familiar and clear to me. To a certain extent, it could be read in the context of dialogical aesthetics and ontology, but in this case not social but natural.

Your show reminded me of the “retour à l’ordre” of the ’80s. However, this return to traditional materials was made not to praise art’s subjectivity and expression, but rather to testify to certain “subjectless” natural and geological processes.

I would confess, after my experience of communication aesthetics of the 1990s as well as political activism of the 2000s, I am ready to accept today neo-romanticism and artists’ own mythopoeia in the manner of the 1980s as something refreshing. There are such tendencies, and I assume they will find their own place in the further exhibitions of “The Human Condition.” Nevertheless, “Elective Affinities” is about something different: this exhibition speaks of ontology and gnoseology, rather than of artists’ subjectivity. Thus, you perhaps associate this exhibition with retour or rappel à l’ordre because it is plastic, expressive or, simply, beautiful. This is what distinguishes it from the stylistics of activist exhibitions of the recent past, which tried to be deliberately careless or even trashy. However, recently in the activist milieu there were long-lasting and passionate debates about whether politically engaged art has a right to aesthetics, visual expressiveness and even autonomy. One day before the opening, a cleaner from Central Asia mopped the gallery floor and then came back to shoot the exhibition on her phone. I must confess, it was very touching and pleasant.

The term “human condition” speaks of the human in a generic sense that avoids such specific characteristics as sex, race, class, etc. Is it engaged in the polemics of identitarian politics?

The current situation could be understood as the second stage in overcoming identitarian problems of the ’90s. During the first decade of its existence, globalization was primarily an economic process, therefore social and ethical problems were discussed in the language of marketology. In this regard identity turned out to be a very successful tactic, because it represented a marketological attitude toward anthropological issues. In the 2000s it became subject to “sublation” when globalization became political and when the political became the dominant trope for describing humanity and the world as a certain unity: through common interests, protests, political goals, mobilization slogans. So I think the discussion of humanity in an ontological and metaphysical sense is the third phase in the development of globalization. 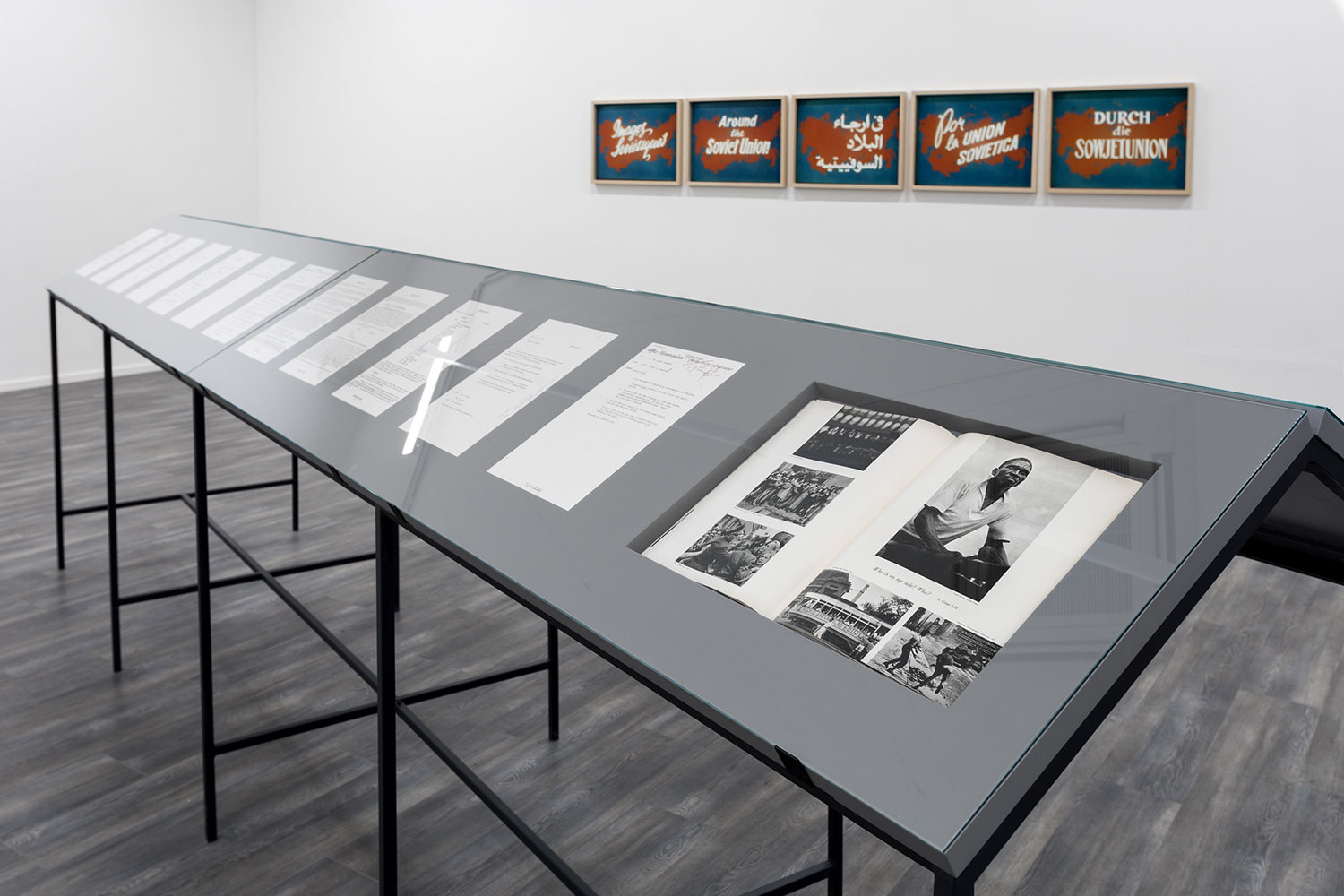 Contrary to the widespread belief in Soviet isolationism, cold-war borders were more permeable and the differences between superpowers were less…