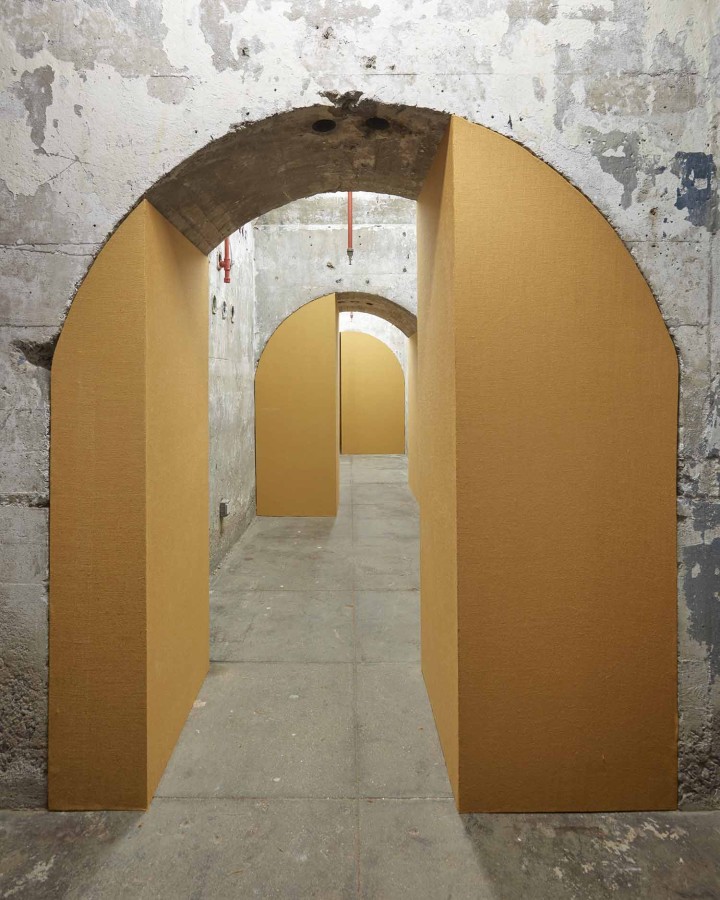 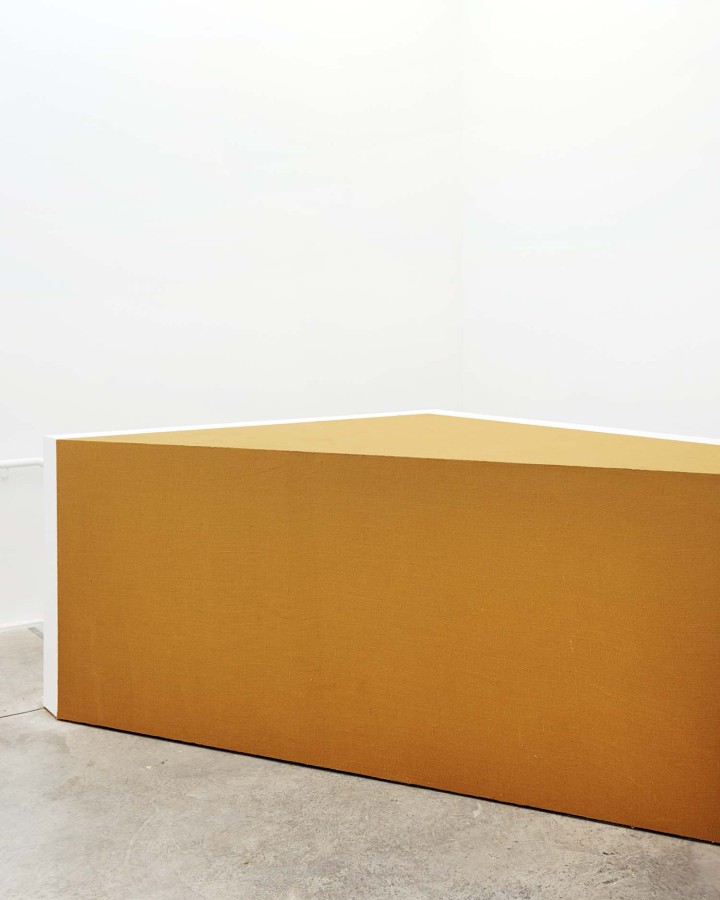 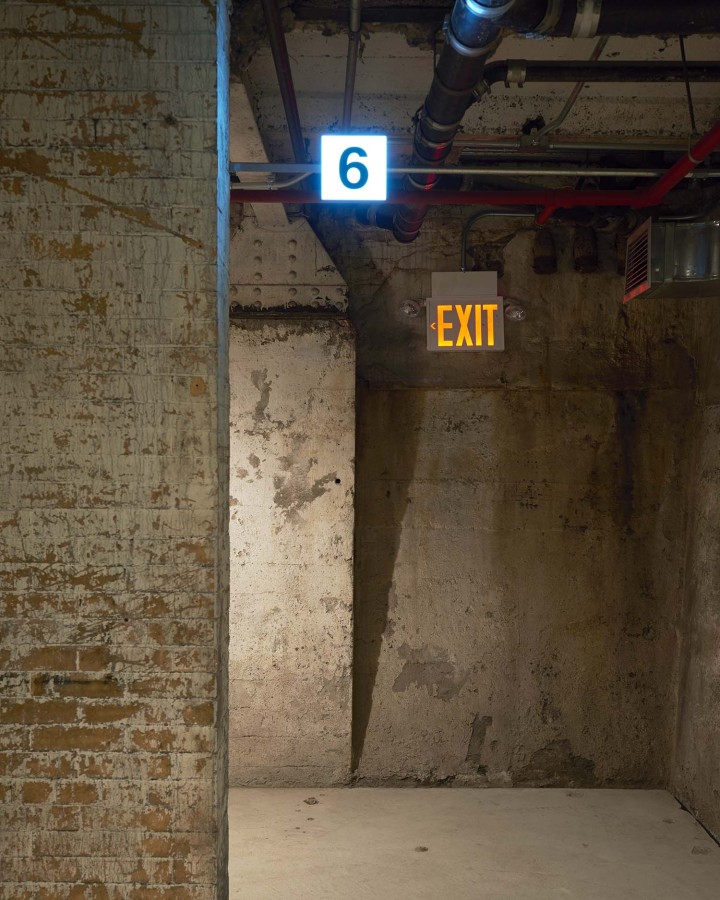 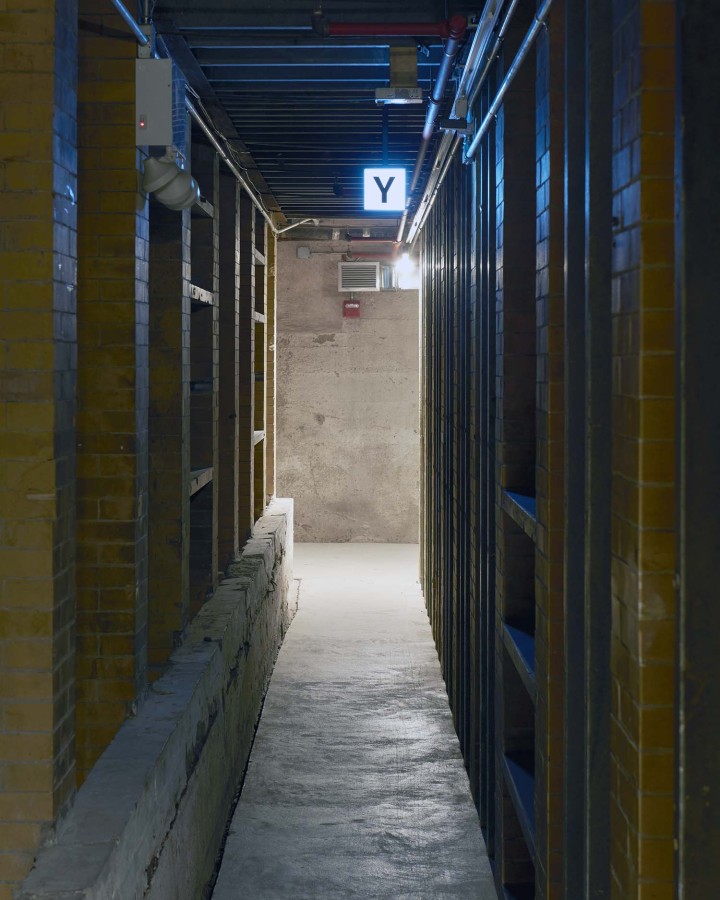 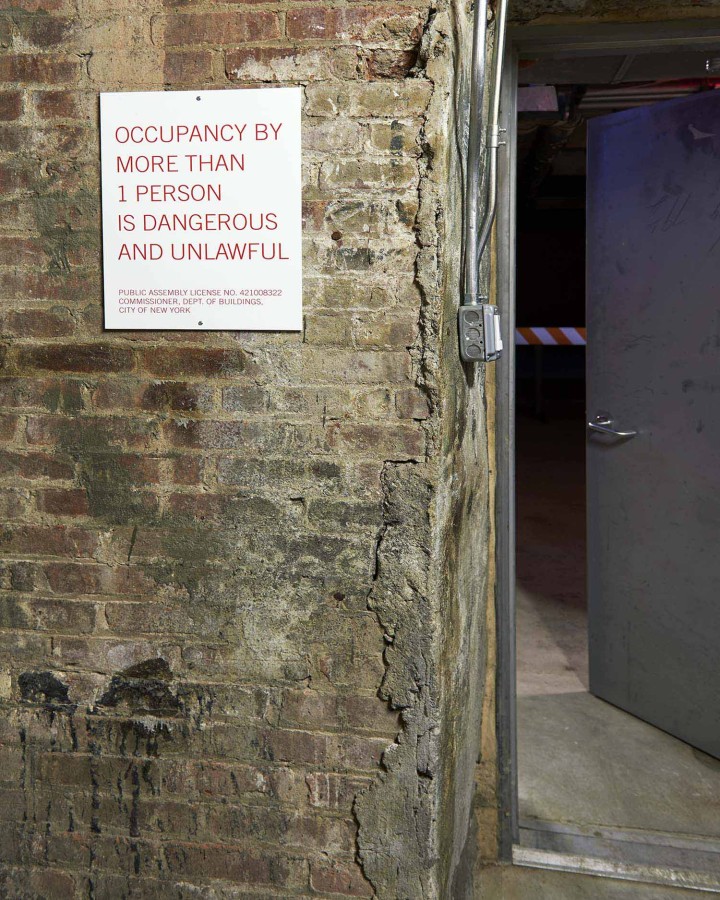 “It feels like we shouldn’t be down here,” said one woman to another as they prowled the dark bowels of SculptureCenter, where Gabriel Sierra’s “Numbers in a Room” exhibition unfolds as a series of intrusions so quiet that they whisper. The nine site-specific works, deliberately unspectacular, evoke a spectrum of emotions — from anxiety to glee and back again — as they alter and shape one’s path through the institution’s catacomb-like lower level.

The windowless space retains for this show its raw, industrial character: all scabby concrete walls perforated by piping and lit sporadically by fluorescent tubes. The subterranean floor is divided into four corridors and can be entered from two sides: choose the more obvious one and find a path narrowed or walled-off entirely by Untitled (o(op(ope(open)pen)en)n), the largest of several forms covered in cheddar-hued burlap (at the artist’s request, this installation is reconfigured so as to block passage on Mondays; visitors must return to the main floor and walk through another exhibition to locate the other set of stairs).

In one hallway, an adulterated exit sign moves at an almost imperceptibly slow speed along a ceiling-mounted track. In another, the white and orange diagonals that signify a barricade are projected into a dark abyss to illuminate a horizontal plank of wood. The narrowest hallway, with room for just a single person to pass comfortably, takes on the air of a haunted house. Its brick-lined darkness is broken only by Untitled (keyboard): a jutting square of metal, mounted high like the marker of a train track, on which the alphabet is slowly projected, letter by letter.

The real delight comes in the corridor formed by a series of six concrete arches. In a continuation of Untitled (o(op(ope(open)pen)en)n), each of these spaces is partially yet snugly filled with a burlap-covered form that both directs movement through it and impedes vision of what lies ahead or behind. Consequently, the spaces between the arches take on a certain playful intimacy — a quality that is also to be found in a small, tin-ceilinged room reachable through a door to be left ajar, per Sierra, at an angle of 47 degrees. Inside are neat piles of construction detritus, a ladder leading to ground level, and a lone sign warning that “Occupancy by more than 1 person is dangerous and unlawful.” 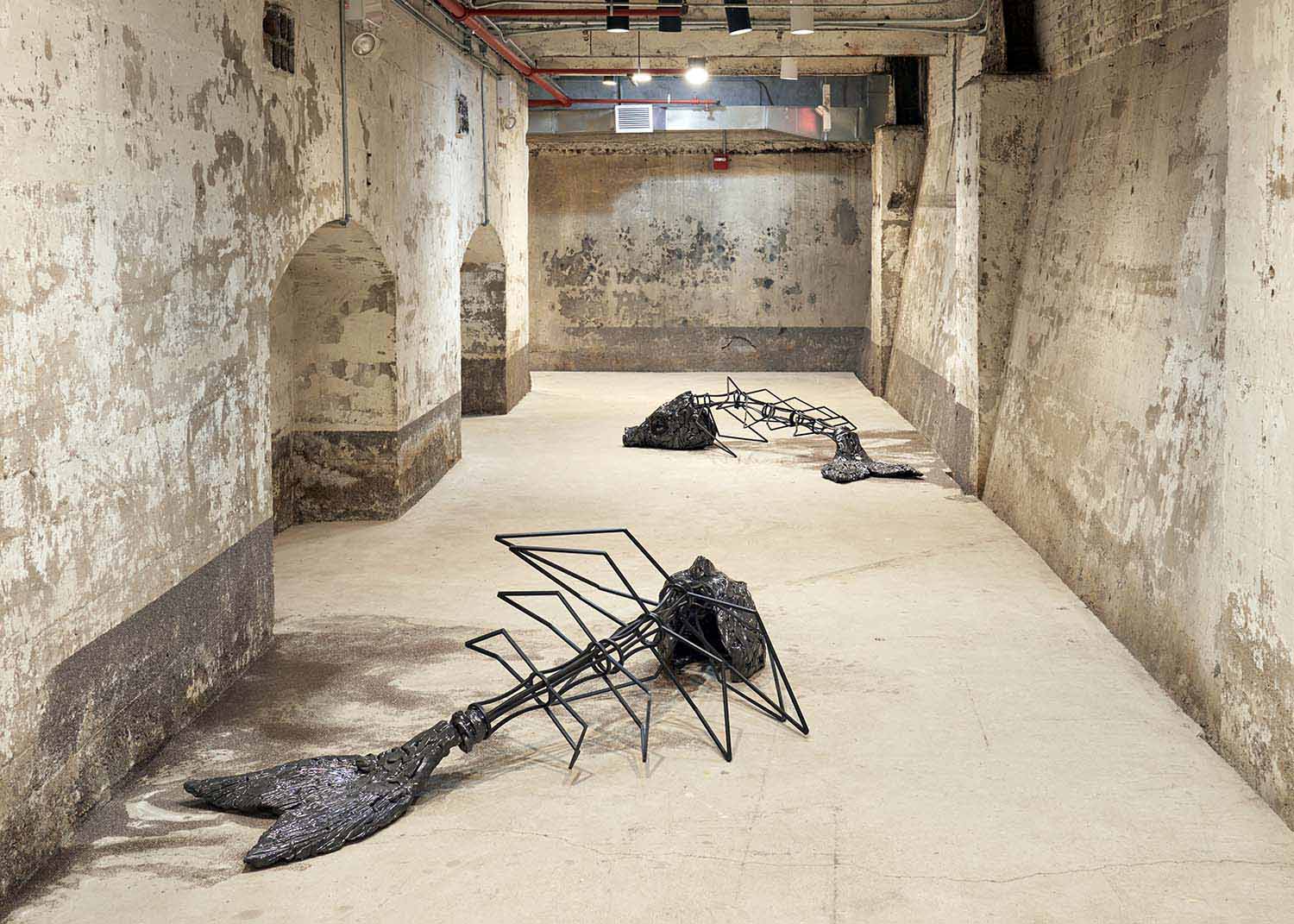