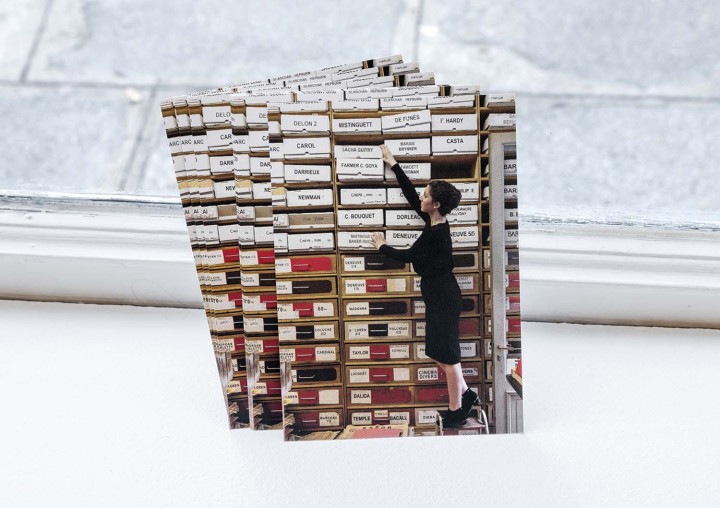 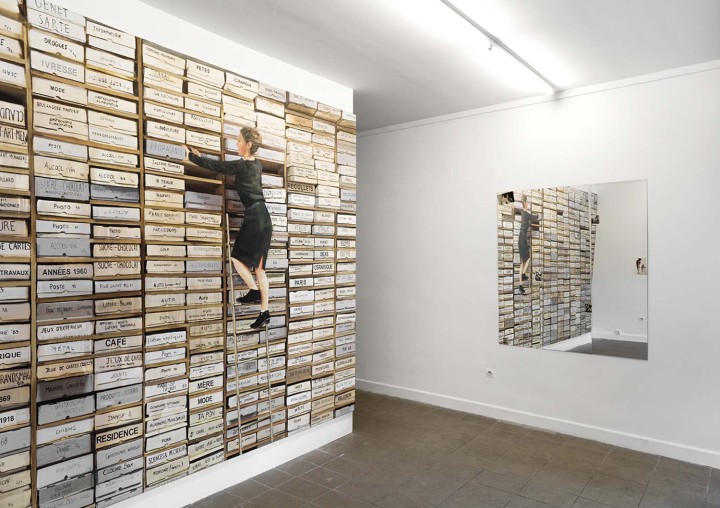 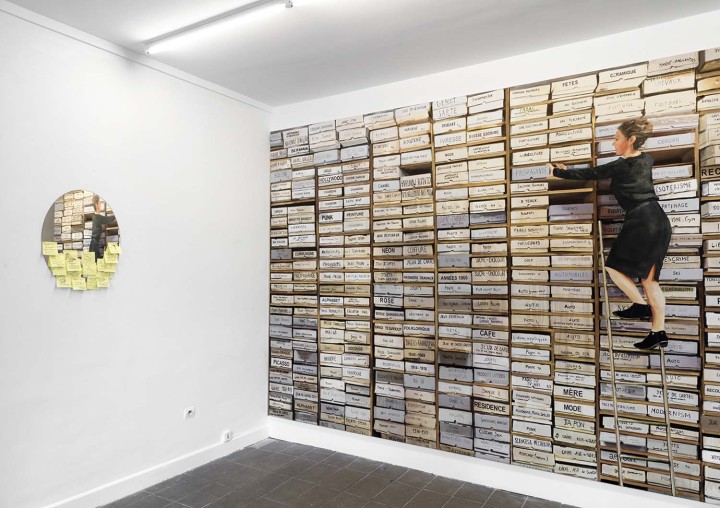 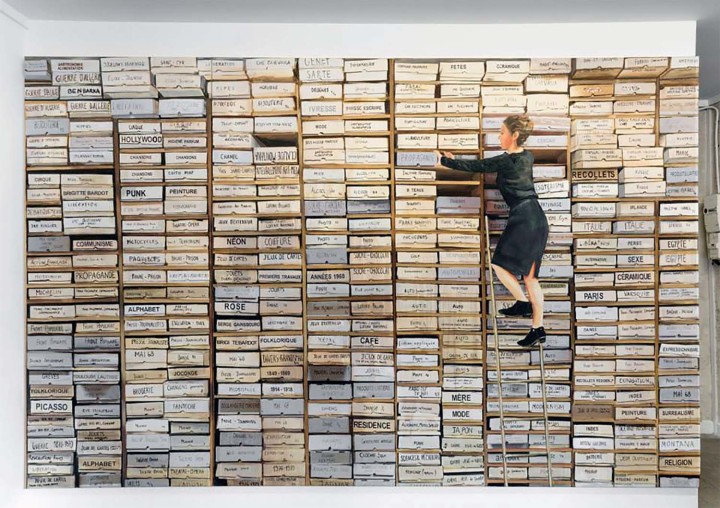 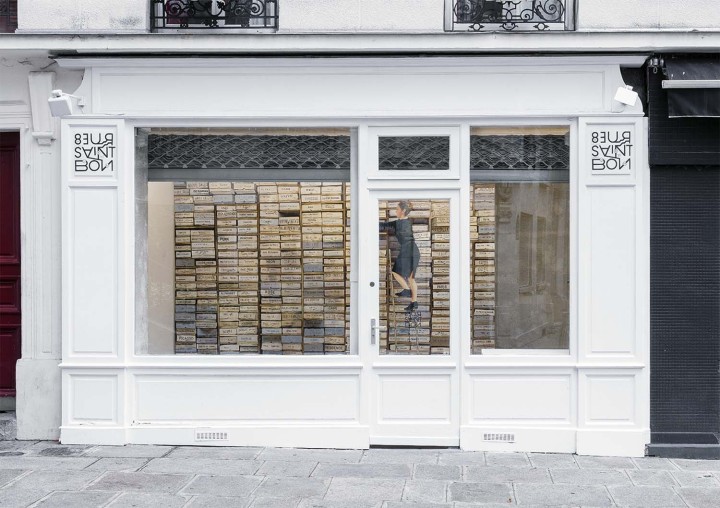 Paulina Olowska has had a string of major exhibitions over the past few years, many of them full of collaborations, performances and commissions — efforts seemingly aimed at realizing a Gesamtkunstwerk that acknowledges the impossibility of just one artist authoring it.

In “Montana Ensemble” at 8 Rue Saint Bon — Olowska’s first solo exhibition in France — the choreographers, graffiti artists and neon fabricators of earlier exhibitions are absent, but the artist’s predilection for acknowledging her inspirations is nonetheless the show’s central focus.

Just off of the Rue de Rivoli, the tiny storefront of 8, Rue Saint Bon is a fitting setting for Olowska’s work, which frequently references the awakening of modern consumerism. Flanked by two mirrors dotted with Post-It Notes, the centerpiece of “Montana Ensemble” is a painted self-portrait that depicts the artist delicately posed on a library ladder. The canvas spans the entire wall in a sprawling illustration of labeled archive boxes. The painting is based on a photograph of her assistant in La Galcante, an Antiquariat specializing in old periodicals that is a short walk from the gallery. Apparently Olowska has changed little in regard to the labels that denote each box’s content; boxes dedicated to countries, cities, authors, terrorism, Mai 68, parties and alcohol will all be found down the street at La Galcante. The artist has added a box for Rue Saint Bon — within which her exhibition’s postcard would surely be filed — as well as a box for the fashion designer Claude Montana, for whom the exhibition is partially dedicated. There is also a box labeled “Joconde” — the French title for the Mona Lisa, as well as the name of a massive archive maintained by the French Ministry of Culture, containing nearly half a million entries, which one would imagine the artist has browsed during her own research.

Olowska’s successes as a visual artist are many, but few are on view here, which makes it easier to focus on her intellectual merit. Superficially, “Montana Ensemble” is nostalgic, but nostalgia involves wistfulness, and Olowska does not long for the past. “Montana Ensemble,” like so much of Olowska’s work, is an apprenticeship to history — tacitly acknowledging that a student predicates a teacher. Olowska the student has selected many professors over the past fifteen-odd years, perhaps with her own future pupils in mind.