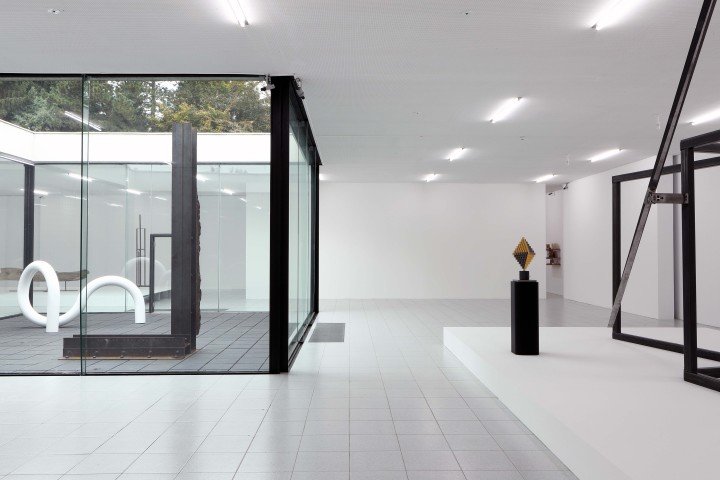 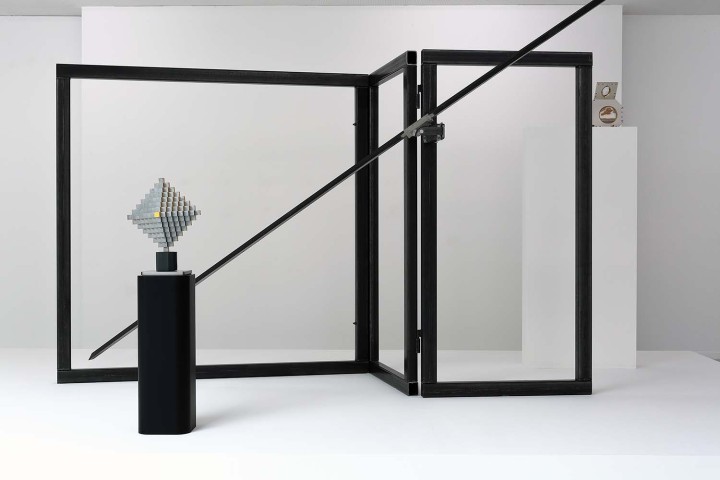 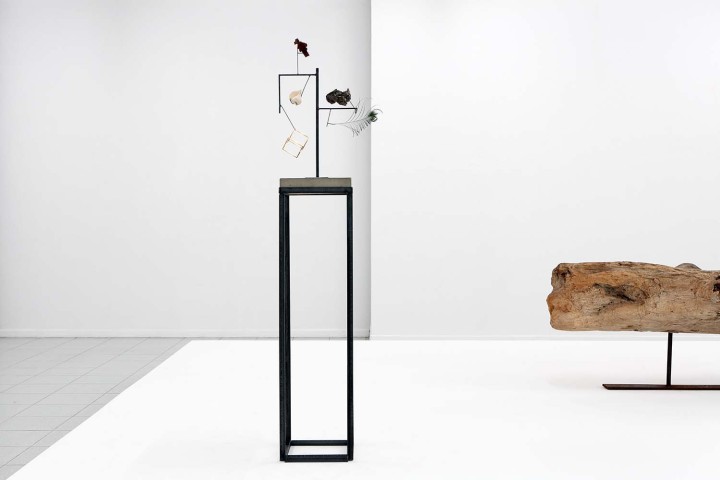 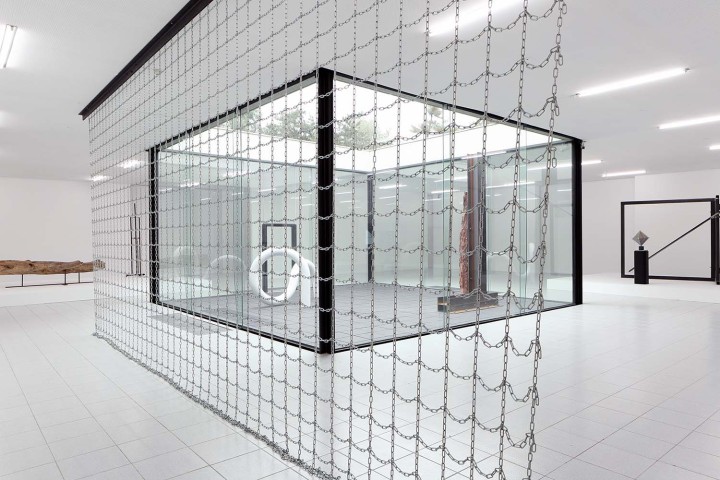 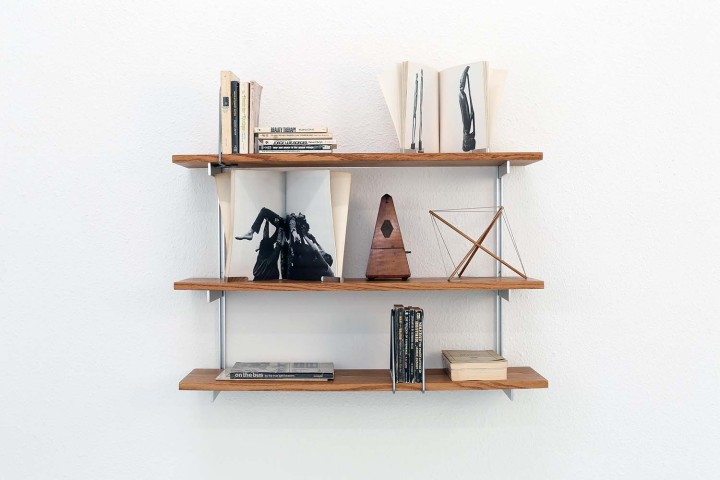 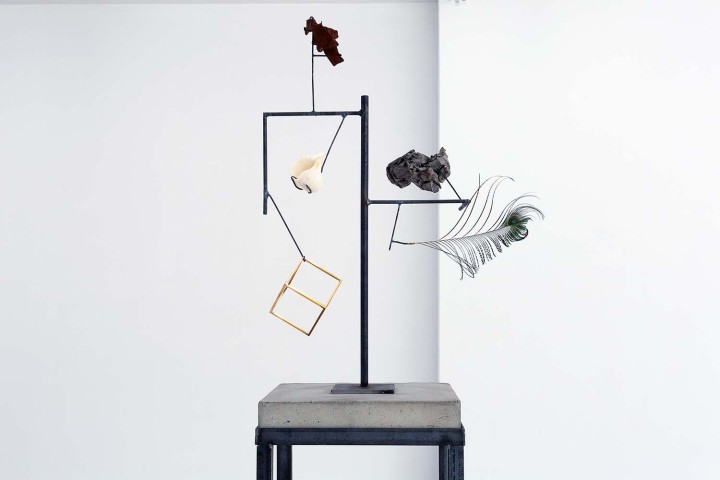 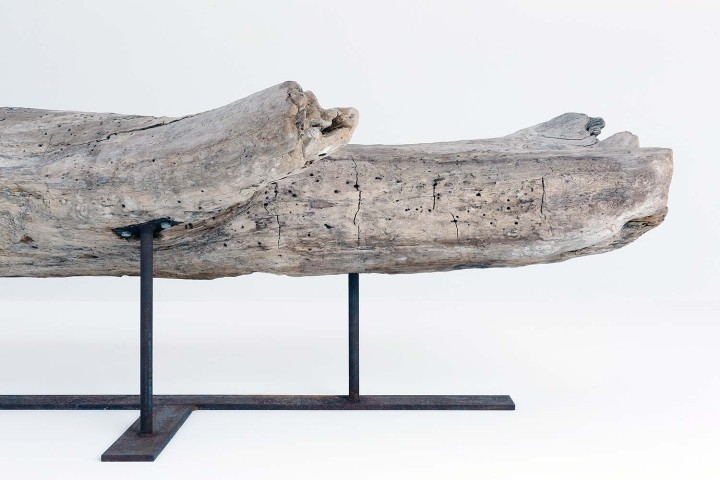 Before its presentation at the Museum Dhondt-Dhaenens in Belgium, the exhibition “Carol Bove / Carlo Scarpa” was curated by the Henry Moore Institute in Leeds.

The original collection of the Museum Dhondt-Dhaenens comprised mostly works by Flemish artists known as the “group of Sint-Maarten-Laethem,” a picturesque village nearby. It grew bigger with works by contemporary artists such as David Tremlett, Marthe Wéry, Marcel Maeyer and Joëlle Tuerlinckx, among others. Its building, designed by Erik Van Biervliet in 1967, and typical of Belgian modernist currents of the late 1960s, seems like the perfect place to stage an encounter between the sculptor Carol Bove (1971) and the architect Carlo Scarpa (1906–1978).

Scarpa is well known for the way he managed to create an equilibrium between existing structures and new elements. The two vitrines and the easel he designed for the Museo Civico di Castelvecchio in Verona (1956) fit perfectly within Van Biervliet’s architecture, whether they are empty or used to display objects, such as elements for the Brion Tomb in Treviso. Right next to it is Carol Bove’s Conversations with Jorge Luis Borges (2003): typical of her wall-mounted shelves, it gathers various books and objects referring to utopian ideologies and the quest for Asian wisdom in 1960s America. Both Scarpa and Bove transcend in their own way the utilitarian function of the objects they use or create, and they share a common interest in the encounter between past and future. The show focuses on Ambiente, Scarpa’s contribution to the Venice Biennale in 1968, with several sculptures shown against freestanding textile panels.

Carol Bove created a dynamic re-enactment of this installation, acting both as an artist and an exhibition designer: For Asta (2014) is a new sculpture made of several metal frames that hold Scarpa’s Asta (1968), while the structures she designed for Contafili and Crescita (1968) can merely be described as pedestals. Other recent sculptures in the show, such Cretaceous or Heraclitus (2014), demonstrate Bove’s ability to build visual poems by assembling artifacts of various natures. By juxtaposing these two distinctive oeuvres, visual poetry is precisely what the exhibition achieves.