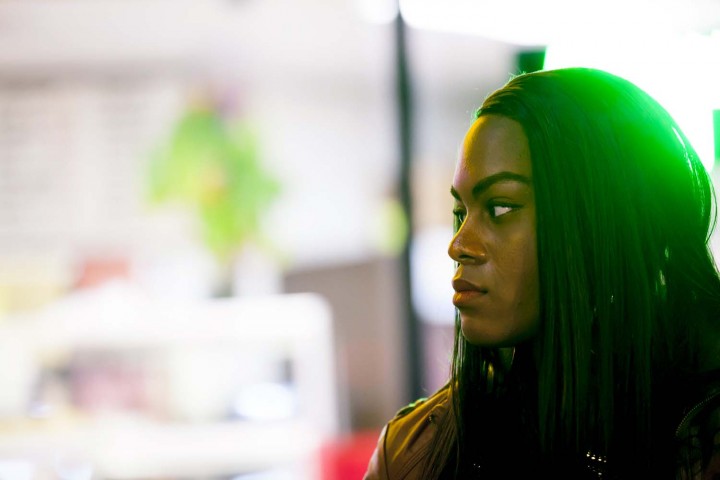 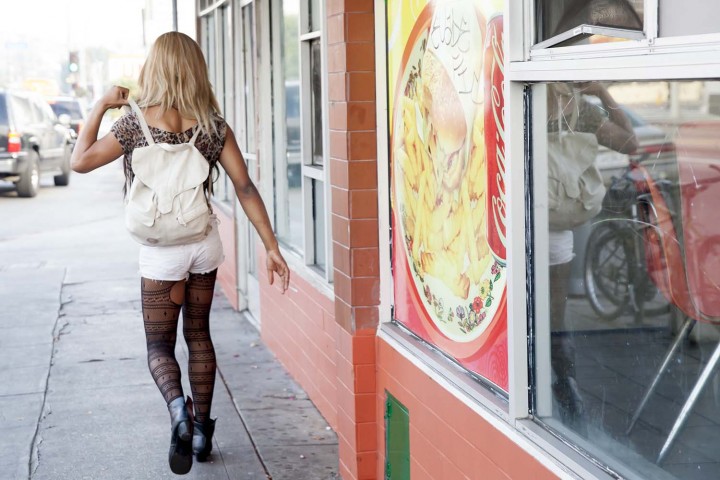 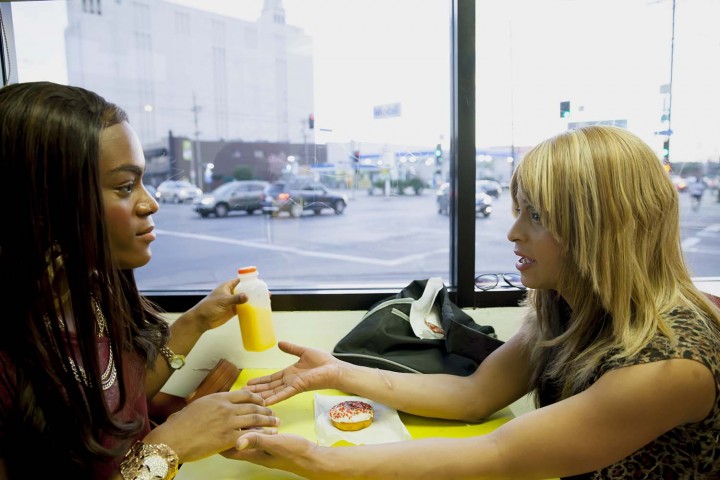 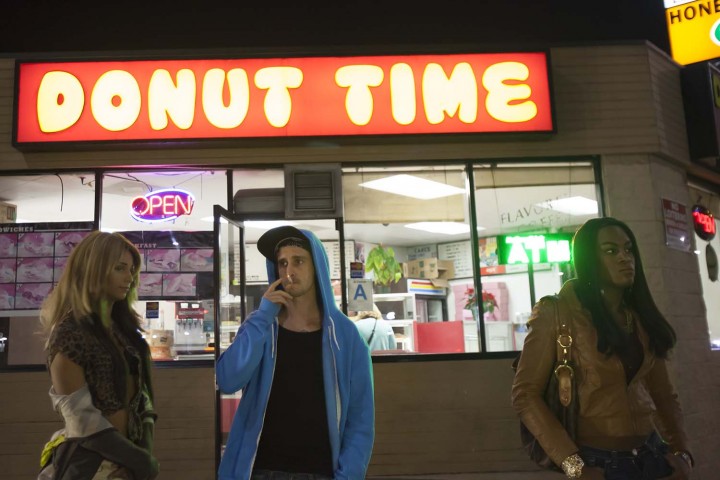 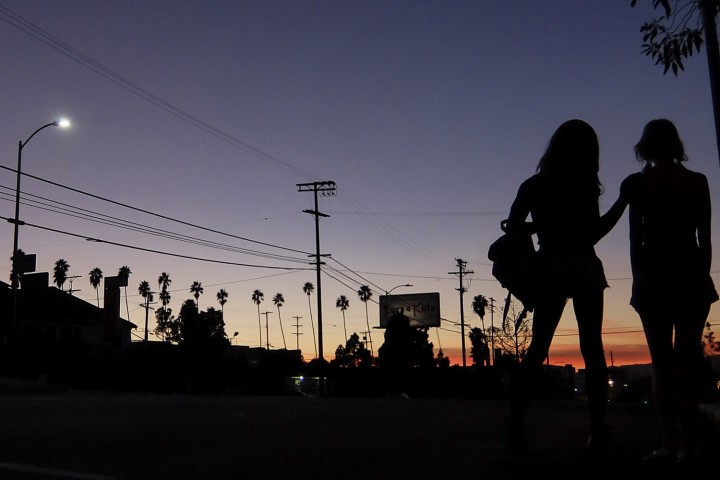 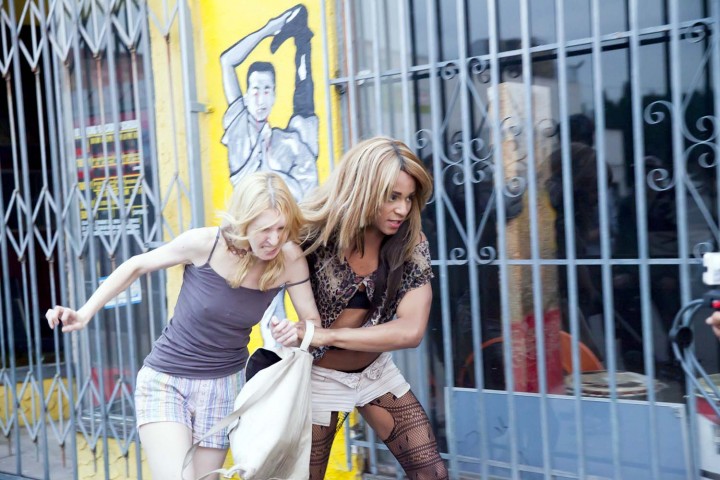 As it happens, “LA Talks” could well have been a working title for Sean Baker’s magnificent Tangerine, and not just because so much of the heart of the film comes through the torrential dialogue of co-stars Mya Taylor and Kitana Kiki Rodriguez. On the contrary, in whatever expansiveness of mood may lead one to propose an alternate name to begin with, the opening shot of two transgender women in a donut shop on Santa Monica Boulevard on Christmas Eve evokes, however distantly, the memory of the 1959 Cooper’s Donuts riot, and with it some notion of the precarity of oral history.

For if that uprising, considered the first of its kind in modern history, is less well known than Stonewall, it isn’t simply that conditions had sufficiently changed in the intervening decade so as to permit the emergence of the broader LGBT movement as it is understood today. Rather, as the ongoing controversy around the “whitewashing” of Stonewall shows, the voices and experiences of trans women, and particularly trans women of color, continue to be marginalized when they are not forgotten completely. That we know anything about transgender experiences of the AIDS crisis, for instance, is owed to those who survived to tell their stories; despite having one of the highest rates of HIV infection, official statistics to this day often miscategorize trans women as men who have sex with men, or fail to provide a mechanism for distinguishing trans women from cis.

Of course, as befits a comedy, Tangerine doesn’t have much to do with such seriousness, at least overtly. As in Baker’s earlier Prince of Broadway, the focus is on individuals whose labor falls somehow outside of the so-called legitimate economy, a predicament that becomes entwined, directly or indirectly, with questions of authenticity and kinship. Where Broadway’s protagonist, a seller of counterfeit fashion items, is suddenly saddled with a child who may or may not be his, Tangerine portrays a Christmas Eve, that most family-centric of holidays, in the lives of sex workers with no hearth to return to.

As such, nearly all of the film takes place in public or semi-public settings, with perhaps the sole exception being the cab driver and John Razmik’s apartment, site of the film’s lone Christmas tree. The foreignness of this space to the streets, shops, buses, cars, hotel rooms, bars and laundromats that otherwise comprise the film’s mise en scène is emphasized by the fact that these anomalous domestic scenes are shot in Armenian. Moreover, this home is no place of refuge — discontented with his in-laws, Razmik, beautifully played by Karren Karagulian, leaves Christmas dinner early to try to track down the prostitute Sin-Dee.

If the film thus asks after the lives of those who, voluntarily or involuntarily, fall outside of recognized forms of kinship, its strength lies in its refusal to stage a moral recuperation of these outsiders into an intelligible alternate form. On the surface, this manifests in a kind of contradictory character that seems to refuse to resolve itself into any particular standpoint. Sin-Dee may take to the streets, but her fight is not a revolutionary one. Rather, she seeks reassurance that her engagement to the pimp Chester has not been shattered by his infidelity with a cisgender sex worker, and fights in the name of the very institution of marriage at the center of what has been identified, recently with a renewed vigor, as the assimilationist tendency in the contemporary LGBT movement.

This ambivalence is most acute in the scene that intercuts the parallel narratives of the sex worker Alexandra and Razmik’s rendezvous in a car wash, with Sin-Dee beating and dragging Dinah, who she believes Chester cheated on her with, through the streets. The former is a moment of disarmingly effortless tenderness, however brief and comically circumscribed by the rhythms of the conveyor belt, rotating brushes and water; the latter stretches our subjective experience of time in quite the opposite direction, the violence only as harrowing as its invisibility to passers-by, in a moment that is indeed designed to test the audience’s sympathy for Sin-Dee, the nominal protagonist. The discomfort evoked is of a piece with the scene in which Razmik mistakenly picks up a cisgender prostitute and rejects her, the fight between Alexandra and an earlier john, or Chester’s derogatory remarks to Dinah later in the film. Tangerine is often unflinching in its portrayal of sex work — as well as the family — as a site of gender-based abuse, yet refuses an easy, moralizing attitude toward the power relations undergirding it.

Yet, politics aside, the true exuberance of the film can be seen in the matter-of-factness of the traffic on the 101 as Alexandra and Sin-Dee walk past, capturing the life of the city in a manner not quite achieved since Kent Mackenzie’s The Exiles, itself a portrait of a now long bygone Los Angeles.