We are blind to the history of most objects — for all we know they just show up in the shop, museum or on our shelf. So you wouldn’t think seeing a foreign movie poster on a wall or a pair of shoes in a glass case could be that enlightening. But in his assemblages of pop-culture items, including old magazines, a basketball jersey and even musical scores, Benzel exposes the interesting, sometimes conflicted stories behind these items. The selection of his work from the past five years included in this exhibition also underlines the artist’s interest in perceived value.

Through the doors of the gallery, the first thing I see even before entering is a pair of colorful high-tops that look like they’re from the 1990s: Counterfeit Nike ‘Heaven’s Gate’ SB Dunks (2011). But they’re not on someone’s feet, or even on the floor — they’re in a vitrine. The shoes are a fake pair of Nikes that were produced in China and were copied from an actual model from the 1990s. However, it turns out that Nike stopped production on the shoes because those who died in the Heaven’s Gate mass-suicide were found wearing them. This historical tidbit — learned only after research — sucked me into trying to figure out the lineage of the objects in Benzel’s repurposed-object-as-art-object emporium. How did Benzel get his hands on Leonard Nimoy’s monogrammed towel, and who made the fake ones in Doubled/Counterfeited (2014), for example? 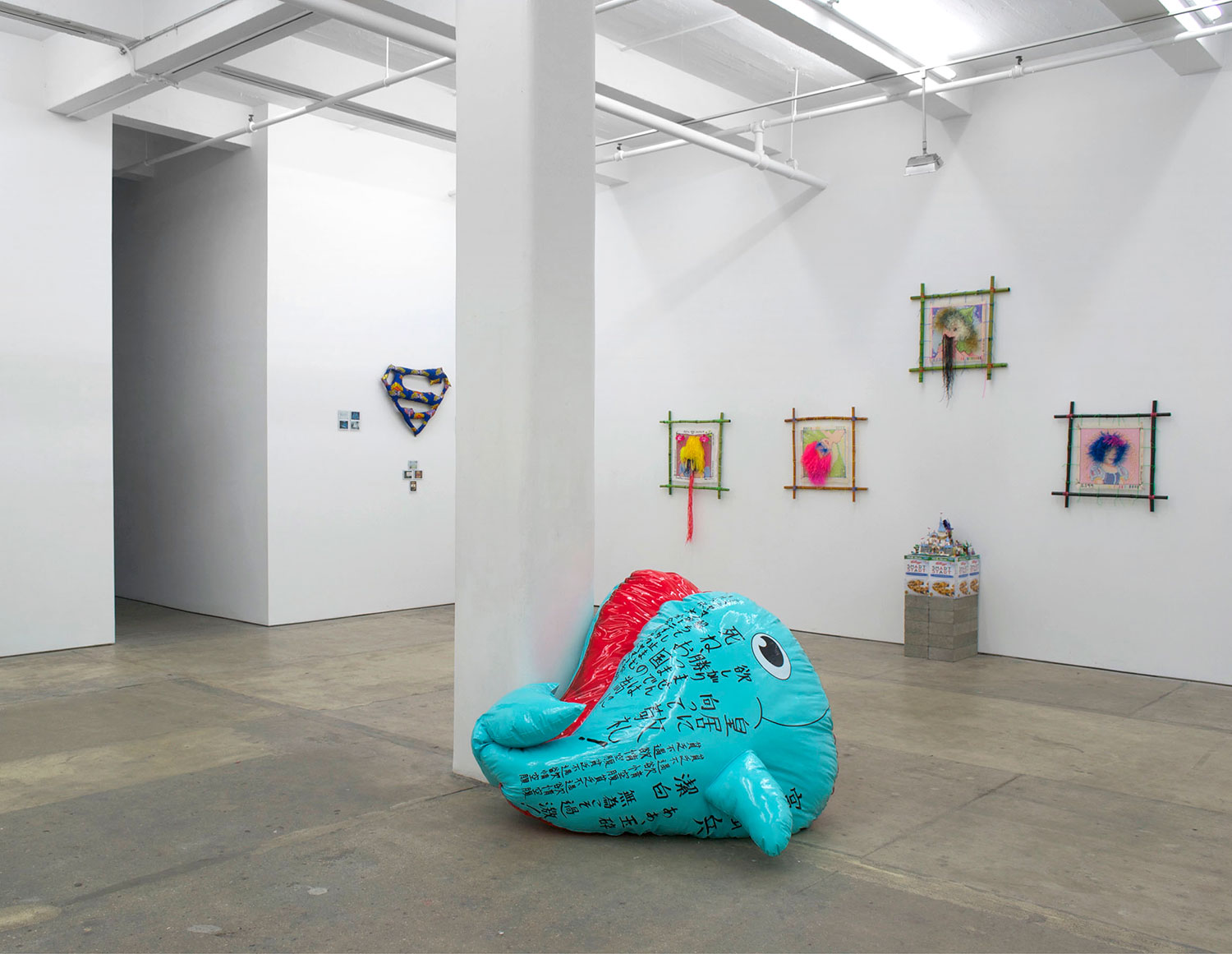 Unease will creep in when one is openly confronted with guilty pleasures and private vices. Such is the case with…