David Korty hasn’t done reinventing himself. The Californian artist made his mark at the start of the millennium with a series of dewy watercolours reminiscent of Japanese landscape painting and went on to paint city scenes full of pleasing, bulbous shapes and roughly outlined figures in muted, pastel colours, abstracted from photographs which he would take himself.

More recently, Korty has shifted his focus to making collages based on newspaper clips, book pages and photograph borders (with mixed results), and in the process has nearly dispensed with colour altogether.

The new body of work, which stylistically bears scant resemblance to the earlier paintings, succeeds in combining some of the materials and techniques the artist has been experimenting with over the last three years into a coherent whole. Prosaically titled Blue Shelf and numbered (all works 2013), the ten large-scale paintings of varying sizes presented in the upstairs gallery space form a sequence, alternating horizontal and vertical canvases divided up into anywhere between two to seven tiers. Rimmed by a plywood edge, each tier “houses” a disparate assortment of flattened, frontally-presented monochrome objects, manmade and natural wonders, recurring patterns and shapes, lined, blotted, perforated, and etched out against an inky blue backdrop. More orderly (but also, as a result, less appealing than the rest), the seven-tiered Blue Shelf # 14 with its neat array of (for once) spaced out rather than overlapping objects that form a visual lexicon of sorts, recalls an apothecary cabinet.

The series of ten canvases is matched by as many vessel-like ceramic sculptural works – a new departure for the artist – that come in two types. Each vaguely evokes but eschews any easy identification with a domestic object, be it a candlestick or a vase, a jug or an iron. Just as the off-white ceramic works echo the two-dimensional objects lined on the “shelves” within the paintings, so do the dotted, splotchy and lined surface patterns – black on a faded, yellowish ground that suggests they are related to the previous newspaper series – of the smaller-scale collaged Paper Frame group of six, hung on the contiguous wall in the downstairs gallery space. 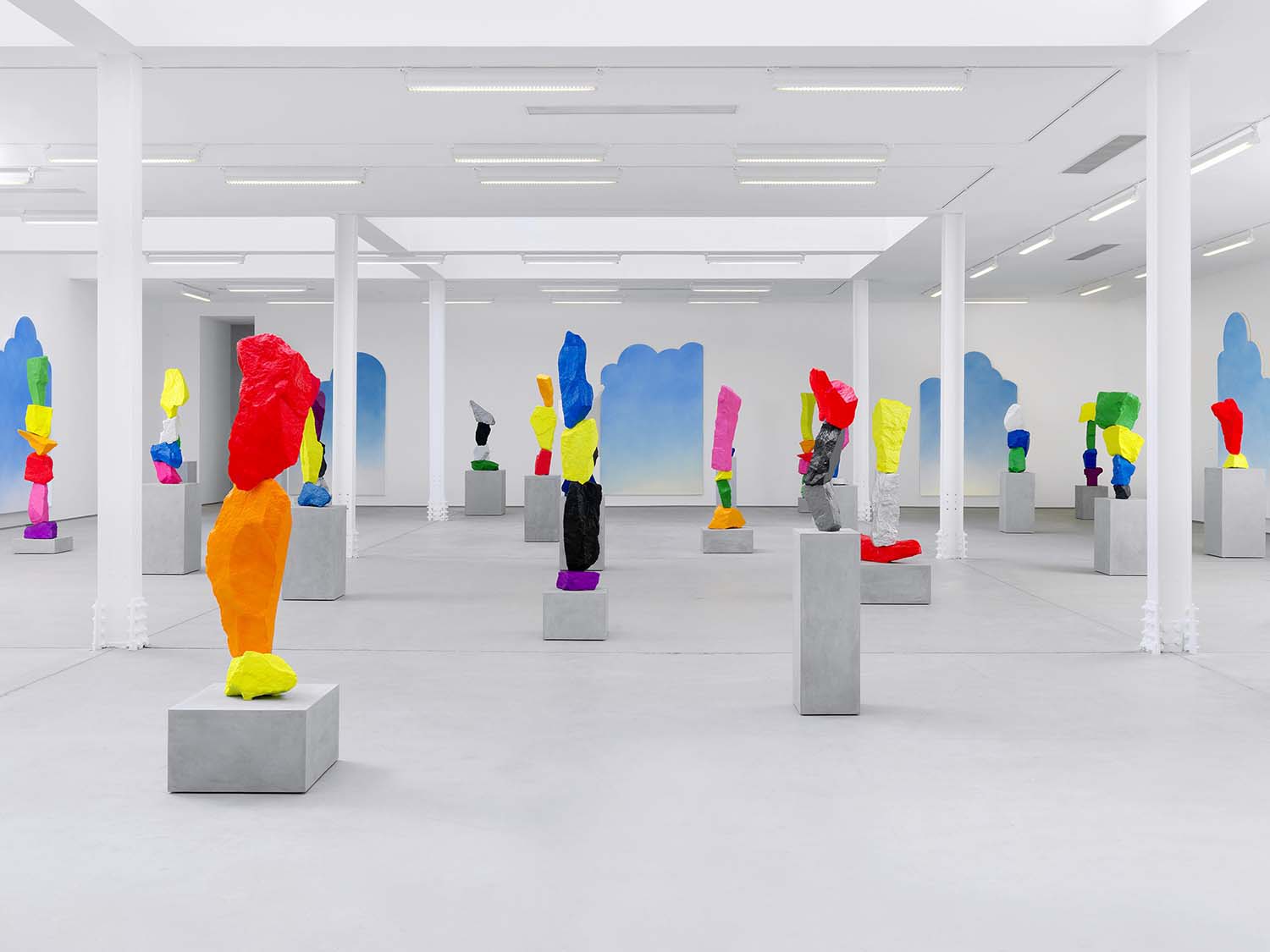 Sadie Coles first opened her eponymous gallery in 1997, with two concurrent shows, one of John Currin, the other of…