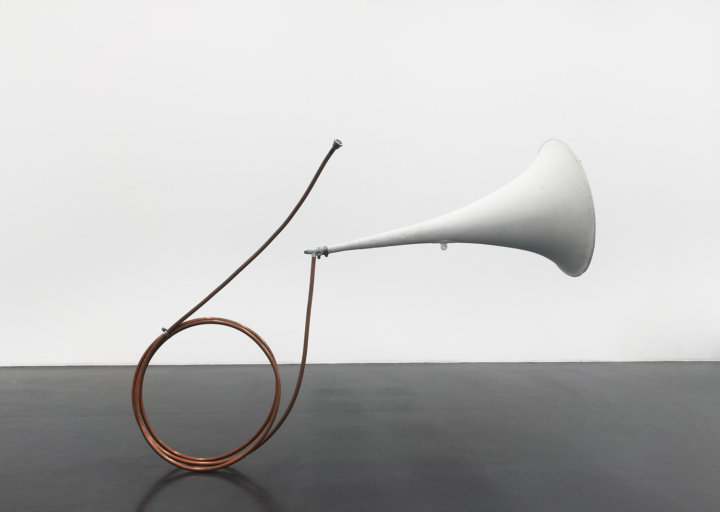 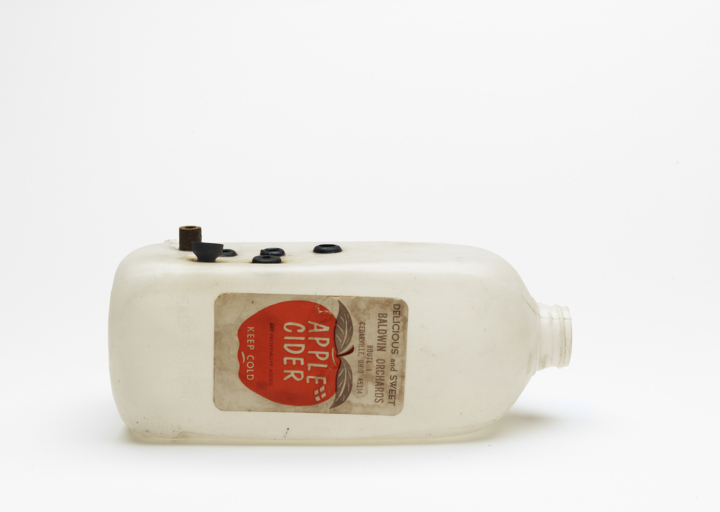 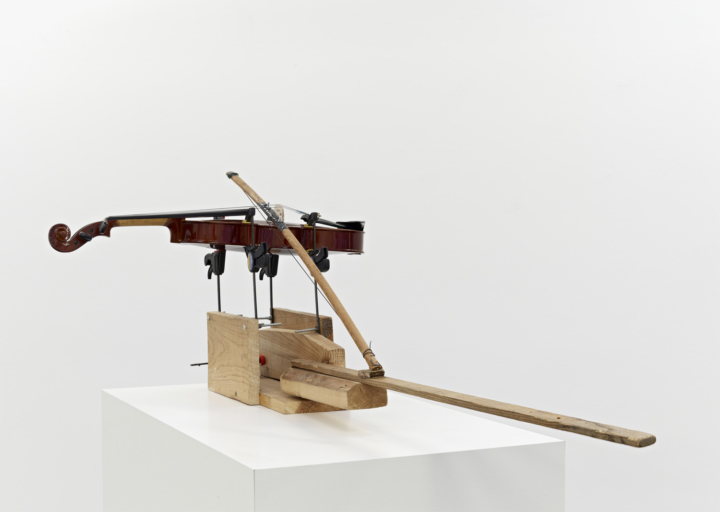 I met Tony Conrad the first time while playing the carillon at Saint Thomas Church one afternoon between 5:00 and 5:30, as I did every weekday for almost seven years between 1963 and 1970. It was 1968 — this year would have been the fiftieth anniversary of our friendship. I heard someone shouting “WOW, WOW, WOW!” from the spiral staircase that went from the church’s lobby to the bell tower high above. It turned out to be artist, filmmaker, and musician Tony Conrad, who had fallen in love with my bell sonorities that he had heard several times before while passing by the Museum of Modern Art on 53rd Street, as Saint Thomas Church was just next door. We became immediate friends. He invited me to his studio that was above a 42nd Street porno shop, and where he and his wife Beverly Grant, a legendary underground film actress, offered a twenty-four-hour salon for all the avant-garde artists, bohemians, and crazies to come and hang out together, while Tony and Beverly were both working night and day in a small corner of the loft, on their feature-length collaborative film starring Francis Francine and titled Coming Attractions. The film became an enormous patchwork of techniques and processes. Tony and Beverly had already chosen music by La Monte Young, Terry Riley, Angus MacLise, and then included my bell music among them. Beverly was very motherly toward me, and Tony very brotherly. I felt still at that time “outside” of all the tendencies of that moment in the New York art and cultural scene. You could say that I’d been brought up in a cultural backwater, Brownsville Brooklyn, and was just beginning to make my way into the new avant-garde. It was nice to have two older and wiser/crazier members of the underground tribe at my side! For the next few years Tony and I met often and performed together at WBAI, the alternative radio station, and had other undergroundish gigs here and there, sometimes with other friends like saxophonist Robert Feldman and flute player and electronics experimenter Rhys Chatham.

In 1970, Morton Subotnick invited me to come and join him and his team at the newly invented California Institute of the Arts, which would open that year outside of Los Angeles. So I left NYC, coming back only from time to time for the next three years, playing some gigs again with Tony when we were both in town at the same time. When I definitively came back to NYC, in 1973, Tony was working on a series of wall canvases that he called Yellow Movies. He explained the whole concept to me, about the screen canvases being painted white with cheap house paint and that gradually over the years they would eventually become more and more yellow; and then he asked me to sit down and watch one for a while, which I did, for a half hour or more. Then he giggled and asked me if I’d noticed the immense changes that were taking place at each and every moment! Truthfully, I was not sure that I had, but we were all much more sensitively attuned to the very subtle aural and visual phenomenon that we were experimenting with in those days!

Soon after, Tony was invited to teach at Antioch College in Yellow Springs, Ohio, and left New York with Beverly. Then he separated from Beverly and went to teach in Buffalo. For thirty years thereafter Tony and I would sometimes bump into each other here and there, in New York, in Europe, but didn’t collaborate any more until in 2005. I was now living in Brussels, with my wife Aude Stoclet, and Philippe Franck of Transcultures had recently sponsored a series of performances of mine in Brussels, and had organized a performance for Tony in Luxembourg at the new MUDAM contemporary art museum. Philippe contacted me to say that Tony was ill with a serious flu in Luxembourg and would it be possible for him to come and stay with us in Brussels for a few days. More than thirty years had passed since our last experimental duet in public. Tony arrived for five days, first recuperating from his flu, and then we casually started to play together one afternoon. He had brought one of his “low-quality” amplified violins with him, and I had my Bösendorfer piano in our salon.

Aude, my wife, remarks about that special moment — that in five minutes if not less, she heard a natural musical chemistry of beauty and power coming from the kitchen that greatly shocked and transported her. And yet Tony and I hadn’t played together or conversed about sound or art or anything in over thirty years! The results were totally surprising, dazzling, and deeply satisfying. We had the impression, and later others confirmed, that we played better together now than we had ever played years before. So we began to seriously perform together again, in Paris, Nantes, Naples, and Brussels, eventually bringing out a CD on Sub Rosa records in 2006, a duet recorded live in October 2005 at the Théâtre Mercelis in Brussels. Our duets had no title until then. But, when Sub Rosa asked me for a title, I asked myself: How is it that Tony and I can play so magically without rehearsing? Without discussing or planning or anything? We often didn’t even look at each other while we played!!! I had no idea!!! Then it popped into my head, late one night in bed: “IT’S AN AURAL SYMBIOTIC MYSTERY,” which became the record’s title. The CD was a big success and established us as a unique, dazzling duo of “continuum music.” But unfortunately, again some years passed, with Tony in Buffalo and me in Brussels. Afterwards we were only invited to play for a jazz festival in Melbourne, Australia, and a festival at the Hasselt Cultural Centre in Belgium, which was recorded and filmed and released as a DVD in 2013, titled More Aural Symbiotic Mysteries from Belgie, which immediately sold out. And then Issue Project Room in Brooklyn organized a performance at a Unitarian Church in Brooklyn Heights, in March 2015, to coincide with Tony’s seventy-fifth birthday celebration that his New York gallery, Greene Naftali, had organized. It was a duet between Tony and I for piano, pipe organ, voice, amplified violin, and long string drone that lasted around seventy-five minutes. Again, a great evening of “aural symbiosis.” Unfortunately, this would be our last duet, as Tony would die one year later, in April 2016. During this performance and the birthday celebration we had no idea that Tony was ill. He was the same funny, friendly, witty, charming, generous Tony. It was probably better that way. There was no sense of a “farewell” at all! The contrary!!!

My almost fifty years of “aural symbiosis” with Tony was magical and unique. But looking at his career as an artist, musician, filmmaker, teacher, friend, and collaborator… Tony was mutualist symbiotic with everyone he worked and collaborated with. He was not just a ME + ME genius artist, which he was, but also a ME + YOU + WE genius artist too, with great imagination, humor, and generosity toward everyone. Of course, needless to say, he is SUPER SORELY MISSED!!!

TONY, HOPE WE MEET AGAIN, after a long absence “ON THE OTHER SIDE,” for ANOTHER DUET. THIS TIME A REEAAALLLYYYYY REEAAALLLYYYY LLLLOOONNNGGGG ONE!!!!!!

CHARLEMAGNE PALESTINE is a composer, musician, performer and visual artist. 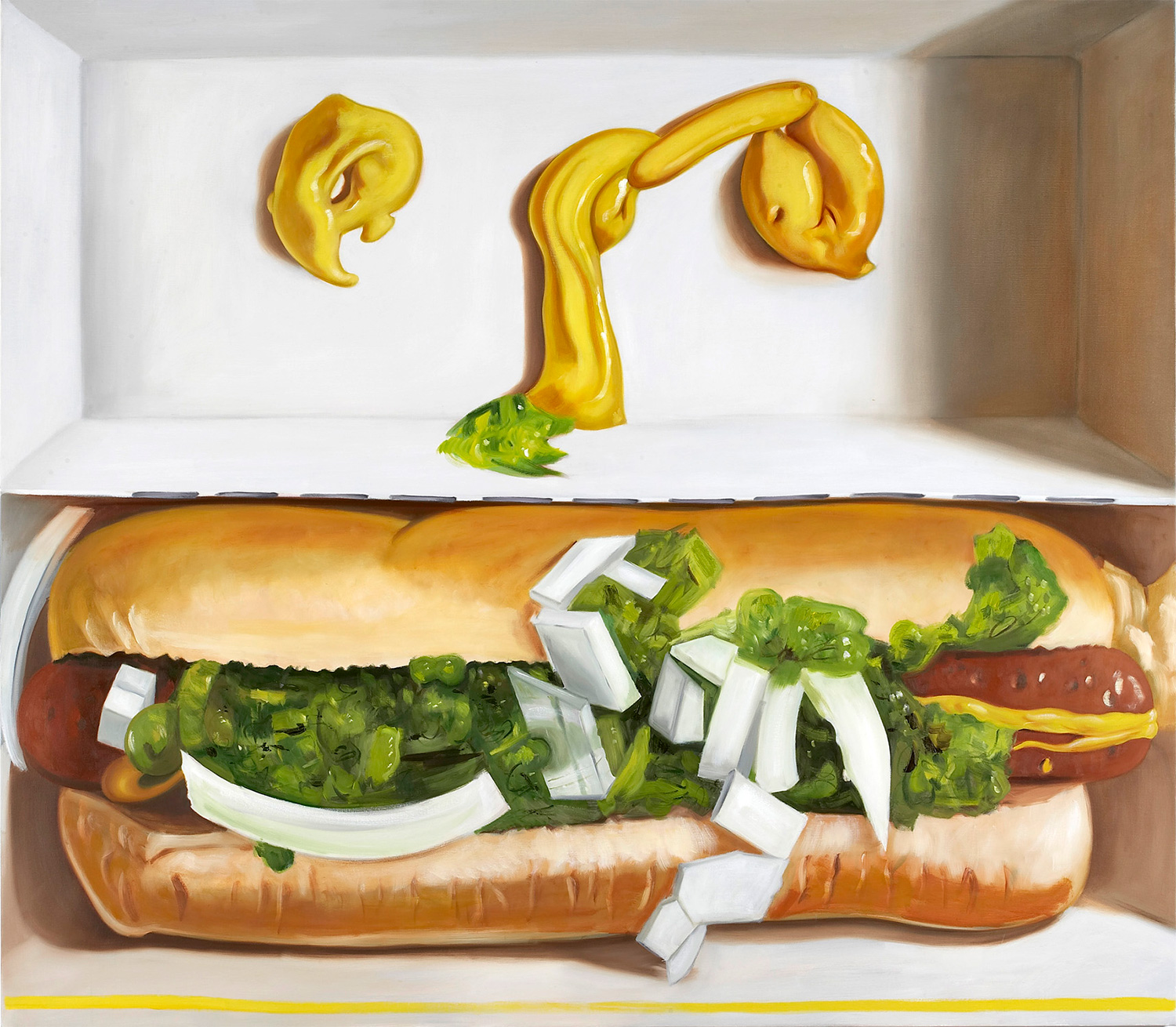 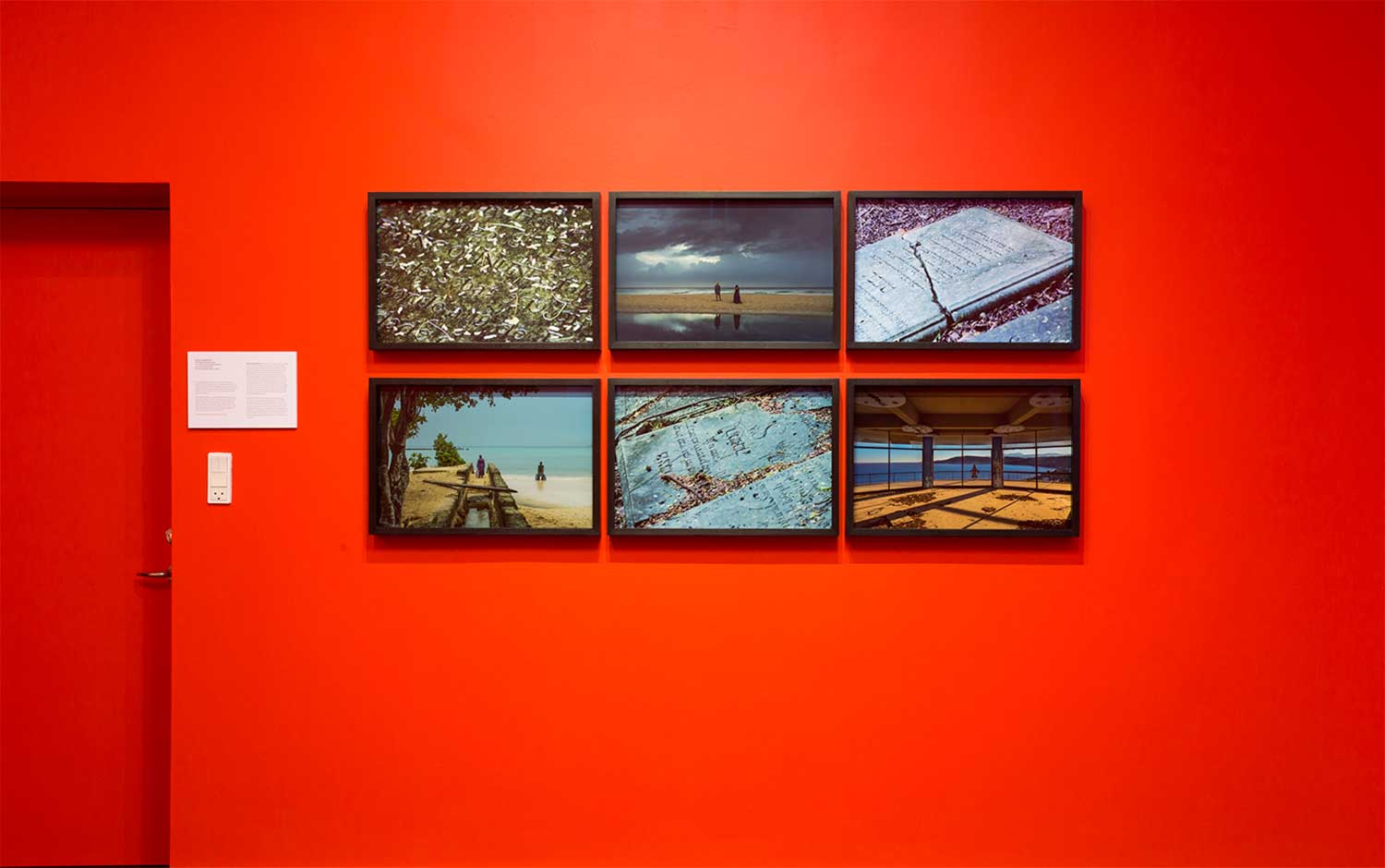