Up-and-coming “abstract” painting makes headlines mostly for being trended and flipped by the changing powers that be, meanwhile being decried as zombified by the peevish powers that were. All but a token it would seem, tossed back and forth — and frequently out — by those who Ad Reinhardt once unflatteringly grouped into either the “wheelers-dealers world” or the “art-critters world,” respectively. Painting caught up in this kind of regressive loop of fast consumption and summary conviction, willingly or not, is thereby made to trade any residual opticality for an increasingly fast-paced-yet-not-so-new status of speculative, wall-hanging whateverness. Consequently, if one agrees that the critical quality unifying the bulk of painting in the disinformation age is the discipline’s fast-track studio-to-screen proliferation and instantaneous pseudo-egalitarian peer review powered by social media, it is less surprising that recent museum surveys of the medium have made a pass at its superficially noncontextual, so to speak, mum positions.[1] Squaring this with Reinhardt’s snarky comment that “the more stuff that’s in a painting, the simpler it is”[2] is one way to take the proverbial step back and readjust one’s view of Emil Michael Klein’s smart body of painting to date, the anfractuous and consistently outward sprawl of which evades easy circumscription.
For some time now, Klein’s myriad resampling of the line — or as he would probably consider it, the outline — has grown more austere when juxtaposed with the preceding, more botanically hued Mediterranean to tropical flatlands that have come to be synonymous with his brand over the last eight years. Those former compositions betray the sheer infinite naive phenomenology Klein’s work can, or rather is bound, to admit and suck up — combat patterning, stock images of microscoped cells, California hard-edge painting or the often wild upholstery of public transport all propose relevant pointers — while simultaneously casually collapsing the figuration versus abstraction tale as much as attendant figure-ground dynamics for the nonreferential pixel era.
Since roughly 2014, newer works have resembled blown-up surface details of veined marble or the latest preference in natural stone flooring, all of them sharing a multilayered oil foundation of alabaster to drab off-whites, built up in such a way as to enhance their densely foggy yet ever so slightly translucid quality. While the lines range from Nile blue to red and various blacks in tone, Klein blurs, weakens or otherwise alienates and activates them here and there, making his canvases sensorially interact with the human apparatus of vision and thus of causal behavior — a procedure as effective as it is economic while forgoing any material spectacularization in the vein of so-called “zombie formalism.” In fact, Klein’s paintings actually reverberate less with Greenbergian titans of post-painterly abstraction than with the notion of faktura of Russian avant-garde painting, as they seem to be fully absorbed with mining the medium’s material and sensorial possibilities rather than projecting allegedly immanent (and famously monetized) metaphysics.
Having originally trained as a woodcarver, one can thus also appreciate Klein’s overall layer-to-(out)line architecture in these works as the strictly pictorial yet methodically inverse translation of his plastic techniques of cleaving and chiseling into the picture plane. In this context, even his early figurative wood sculpture Ape (1999) loses some of its singularity, its primary nature aligning with that of a notion of painting as steadily exploring an already multivisioned and nth-time-delineated environment and its surface properties. Rather than being the result of conventional explicitly illustratory or gestural acts, Klein’s lines gradually come into being by the unhurried distribution of this whitish prime matter across the deeper-hued foundations. These property shifts, swapping mark-marking for painterly accumulation, result in a slightly disorientating topography of aerial glacial and crisscrossed landmasses, seemingly alternating between the unknown and some rudimentary, thermographically tracked sectors of power-supplied terrain suggesting energy.

The peaceable and light guardedness Klein’s paintings transmit is usually reinforced by the works’ mostly nondescript (Untitled) or in turn flatly descriptive titles (Filled in, Outlined, etc.), save for some more personal ones like Rafa, Bongo or Wenger (all works 2011), possibly dedicated to sports personalities such as Rafael Nadal, the Congolese striker Christ Bongo or longtime Arsenal trainer Arsène Wenger. The artist’s solo exhibition at the Kunsthalle Zurich this winter by contrast carries the more cryptic neologist title “Darkotic,” yet whether that’s a subtle wink at some wider unease on the part of the artist’s everyday or simply introducing a new, more ominous pitch to his works’ reception remains everyone’s guess. Far less vague is yet another set of works Klein began in 2015 and has included in the Kunsthalle show’s selection. Casually filled in rather than representing “radical painting” as such, the fairly sizable monochromes are executed in the titanium buff (a kind of clinical dirty white) he regularly uses as well as in cool pinks, producing a spectrum that’s slightly off-color as it is modern. The paintings’ defining detail is Klein’s spartan, small and yet clear monogram “EMK” occupying the bottom-right corner. Neatly applied, usually in black paint, it forms the first step rather than the orthodox final touch completing the work’s profane genesis. After the presumably bankable tag meets its creator’s approval, the color of the actual picture plane is gradually applied to the entirety of the canvas, spreading out from the letters. (Vernacular forms such as graffiti or tags-as-logos may be positively acknowledged by Klein’s aesthetic frame of reference while their long-ago co-optation and commission, from retail spaces to municipal efforts at soft gentrification, are dryly understood.) The monogrammatic gesture as such, again inverse in process while divested of the street, at least fully admits Klein’s own worldly abstractions to the category of the (however manually made) ready-made, an unlikely balancing act involving Duchamp’s Fountain (1917) and Broodthaers’s La Signature (1969) in equally twisted measures. After all, the answer to the anxious query “When is a painting finished?” still is an offhand: “When it’s sold” (Olivier Mosset). If it hasn’t occurred to the viewer or reader until now, Klein hereby checks any thoughts of diligence toward some unencumbered autonomy of modernistic painting, instead inscribing and promoting himself literally into the waves, ebbs and flows of tracked values and signature styles. 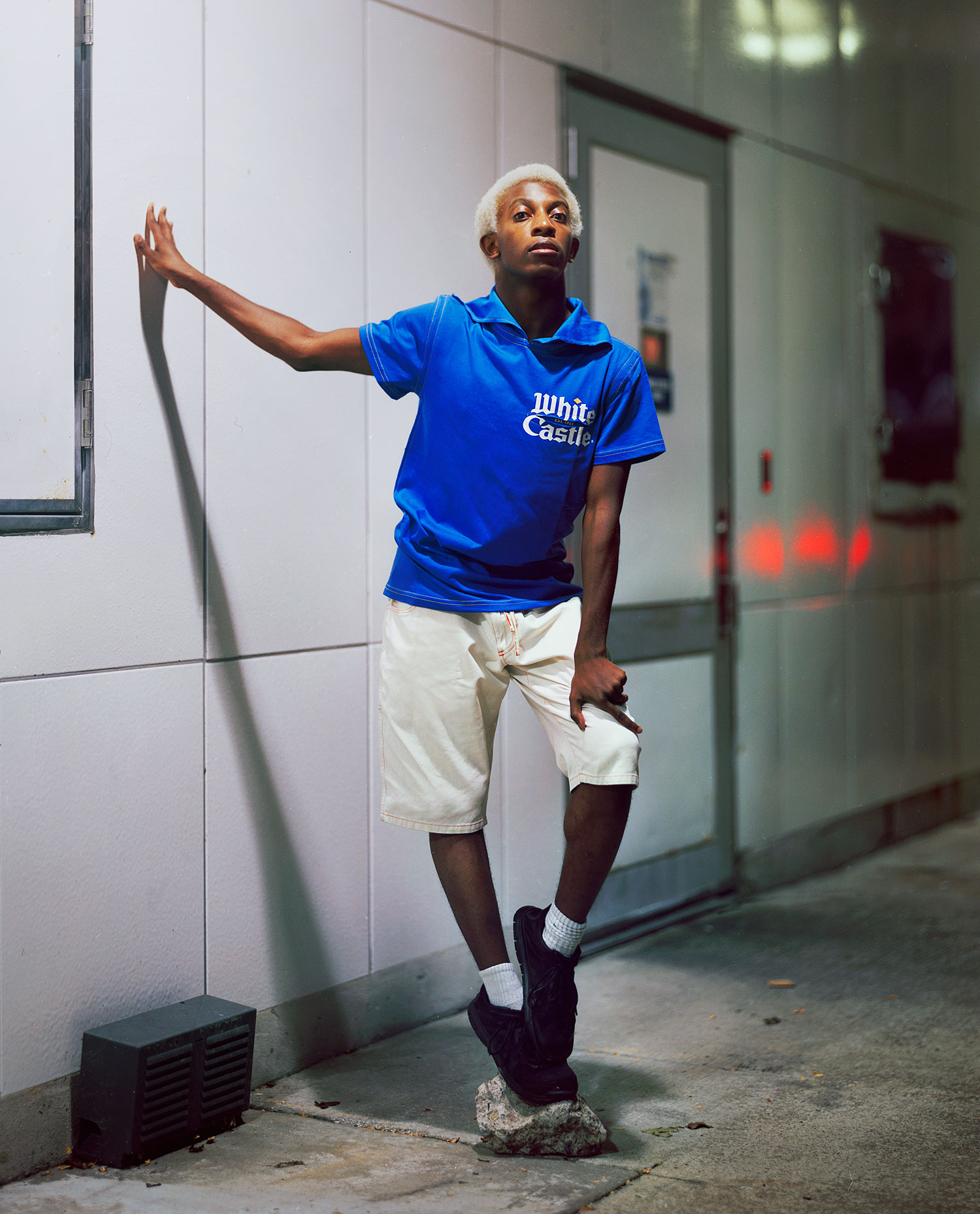 The debut Telfar collection in 2005 featured hoodies sutured into quasi-ponchos, cardigans truncated into near-crop-tops, and drawstring sweatpants elevated into… 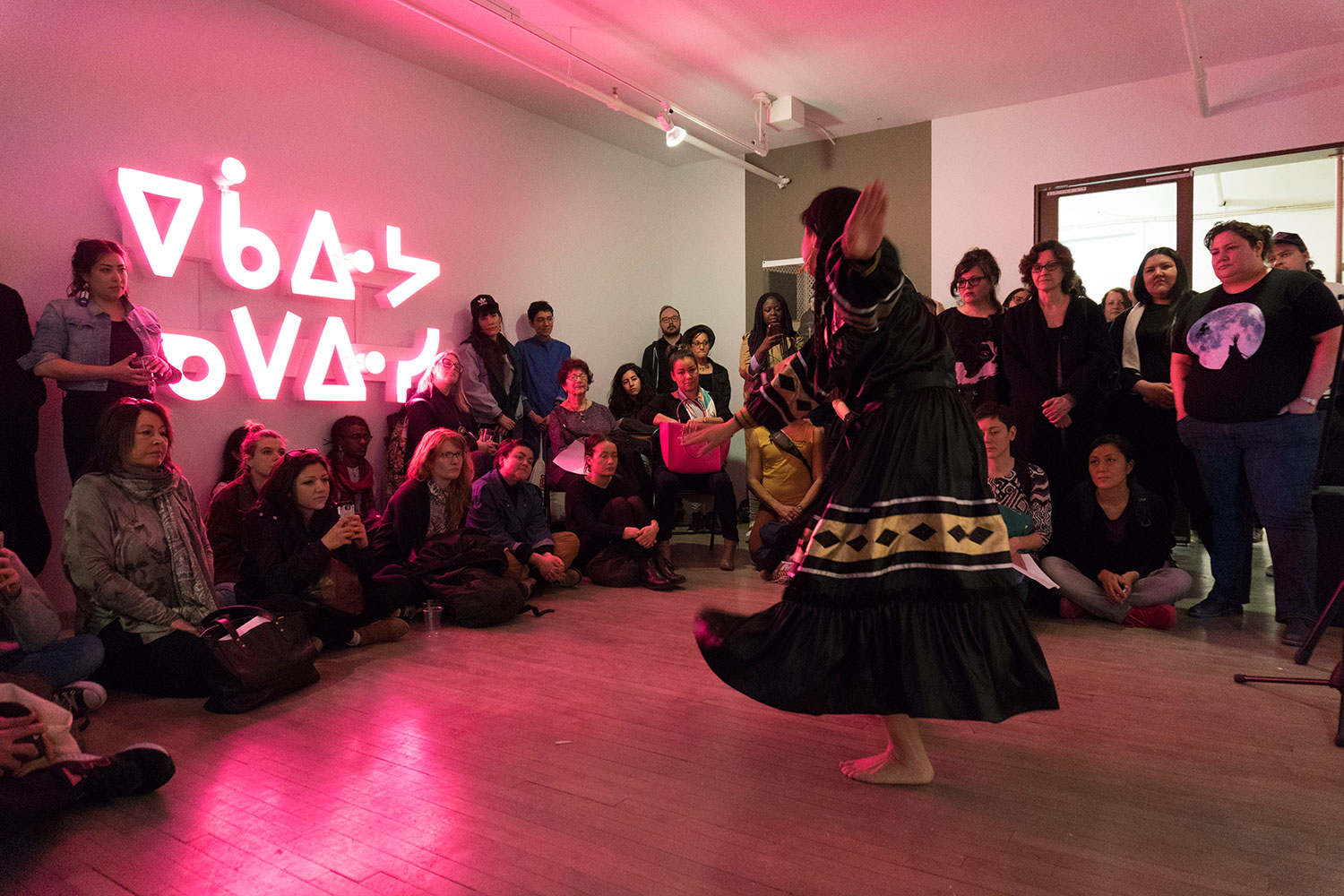