Frances Stark (b. 1967, US; lives in Los Angeles) is constantly introducing herself. “Okay, now I guess I should say that I’m an artist and I’m a professor of painting and drawing and I don’t know how to paint and I don’t know how to draw and I want to quit my job,” she writes in “Notes Towards an Eroticism of Pedagogy” (2008), working in her anxious, self-critical mode.

But her best introduction may well be a succession of questions that appear somewhere in the middle of Structures That Fit My Opening (2006), a fluent and effusive animated essay: “Do I aspire to be a female figure? a more feminine figure? an outline of a woman? Or do I just want to have written something that someone else might underline?” Those familiar with Stark’s career might recognize that outline of a woman as the female figures that appear from time to time in her works on paper, neat black line drawings that either are or bear a resemblance to Stark. So too the desire — or possible desire — to be underlined brings to mind her own exuberant appropriation of texts, which has taken many forms, though the most literally relevant here are perhaps those early works in which she traced out of books printed passages and scribbled marginalia, including a rendering of John Dewey’s Art as Experience as a sequence of pure — textless — underlines.

Stark herself, I think, has long since answered the principle question in the affirmative: she does in fact aspire to be a figure, while the figure she presents is unquestionably female. Of course we might read figure as personage, someone of significance. And indeed in Structures, as elsewhere, Stark considers the lodestar of status and recognition. But it is equally that other kind of figure I want to emphasize: Stark’s project has long entailed — in writing, video, collage and drawing — a kind of piecemeal self-portraiture. Her texts are always in the first person, but so too frequently are the works on paper. She has drawn extensively from her personal life in her videos and writing. Even as her work has frequently engaged with that of other artists, musicians, and above all writers — most frequently taking the form of quotation — this referentiality seems always to gesture back toward the figure of Stark. Quotations serve for her as so many costumes to wiggle in and out of.

There is a tendency to emphasize the confessional aspects of Stark’s work, and understandably so. She reveals a lot, goes headlong into fear and desire, admits to feeling stupid or experiencing self-doubt. We call it brave, honest and personal. All of which is fair. But this emphasis can obscure the depictive qualities, the cleverness and invention of the self-portrait. Stark accents these processes of self-figuring — the heightening, editing and aestheticizing — in, for example, works on paper where characters busy themselves assembling the very works of which they are part. “The separate parts of the body suffice to form a solid and artistically constructed whole,” begins a passage from Witold Gombrowicz’s Ferdydurke that Stark quotes at some length in the collage By Way of Digression (2007–08), “and this applies to words and my construction yields in no way to the best examples of construction. What will you say, finally, when you have seen the whole of all the parts as well as the parts of all the parts?” At the bottom right corner a Stark-like female figure — an outline — dwarfed by the text, crouches, ruler in hand, making level the final line or else measuring a part of her whole.

In My Best Thing (2011), Stark’s celebrated feature-length animation based on transcripts of her online sexual encounters and developing relationships with first one and then another Italian man, the dialogue moves fitfully between sex, politics, translation and a dozen other topics, eventually encompassing discussions of the process of the making of the video in which the characters find themselves. As the Stark character comments on the difficulties, excitement and choices involved in the shaping of the work, the movie becomes a document — and fictionalization — of its own construction, of her construction as well.

The self that Stark depicts is often contested, ambivalent, fractured. At the same time, the craft and methods of depiction often work by deft accumulation, subtle wit or a light touch. “Why should you not be able to assemble yourself and write?” The question appears scrawled on a piece of paper held by a seated female figure, viewed from above, in a collage of the same title (2008). The work echoes an earlier statement, another self in need of assembly, appearing in her essay “AT THE RIM OF THE FUCKING PARADIGM” (2005): “It’s time I collected myself and began a dispatch from Los Angeles.” But the thematics of disintegration are ironized in the collage both because something has been written and — with intricate patterned fabrics enveloping the figure — someone has been assembled — so that a second reading renders the question rhetorically affirmative: and why shouldn’t you be able to assemble yourself and write?

In Structures That Fit My Opening, Stark begins by quoting her correspondence (a favorite tactic) with the organizers of an exhibition: “I’m likely to respond as more of a thinker or a writer less as an artist perhaps. That shouldn’t bother me but it does. I’d really rather contribute more as an artist. In any case, I’d like, at least, to push myself toward a better understanding of what kind of ‘liberation’ I — as a woman, artist, teacher, mother, ex-wife — am really after.” Following this opening volley from the interstices of prescribed or desired roles, Stark goes on to produce a work about her misgivings about producing the work (another favorite tactic). The formal efficiency of Structures — a simple and delightful cinematic essay made in PowerPoint, with occasional sound effects, dissolves, and dancing letters — might seem the breezy inverse of the emotional and political disquiet of the subject’s inability — or refusal — to fit, but the strength of the work depends on Stark’s capacity to simultaneously vent and laugh at herself, making playfulness assume a kind of political urgency.

A comic poetics of in-betweenness imbues much of Stark’s work, glimpsed, for example, in her frequent deployment of dualisms — parts/whole, housewife/architect, clever/stupid, figure/ground, pretty/ugly. Slapstick for an audience long warned off of binary oppositions, Stark goes along bumping up against categorical antitheses. The key binary against which she seems most to bang her head and stub her toe is work/non-work, with each side always implicating the other, whether she depicts non-work as a purgatory of procrastination, unproductivity, anxiety and self-excoriation or — less frequently — an Arcadia of blissful idling and daydream. In the sex-chat trilogy, Stark presents herself as both always in her studio and always killing time on Chatroulette, which in the end adds up to her most ambitious project.

Of course this vision of continuous work and continuous timewasting seems to fit right in with so many truisms about life in the Internet Age — both anomic and technophilic — and one has to assume that this has something to do with the artist’s embrace of Instagram. Stark is not merely, like so many others, an avid user of the app, she has made it central to her practice. The majority of new work she has exhibited over the past couple of years has been if not about then from Instagram. She assigns images posted from her @therealstarkiller account a four-digit identification number — as if to emphasize the sheer mass of material — before transposing them into videos, collages and a steady stream of square, seven-by-seven-inch photographic prints housed in plexiglass encasements.

A very partial inventory: Nancy comics, blocks of text, moments of accidental beauty and accidental oddities, art (hers and not hers), still lifes, selfies, screenshots, and snapshots of friends, of her son and of her muse, Bobby Jesus. The video What goes on (2014) presents a slideshow of such photos set to the Velvet Underground, the images sliding and dropping away with simple built-in transitions. Stark plays with a similar procedure in the four videos in the Poets on the Pyre (2015) series, swapping in Big Sean’s “I Don’t Fuck With You” and adding a zooming, panning Ken Burns effect. The video ends with a credit sequence explaining that she made the piece completely on iMovie and downloaded the music from YouTube.

It can be hard to know what to make of this work. It is — ironically — not very likable. And maybe that’s the point. In contrast to her earlier inventive use of consumer technologies — PowerPoint with Structures That Fit My Opening and the free animation software Xtranormal with which she made My Best Thing — Stark uses Instagram as so many others do, indeed the way it is meant to be used: as a tool for self-fashioning and self-promotion. She then translates the material into sluggish slideshows and photo-objects that feel especially inert, that give the impression of large paperweights. She traces out a trajectory in the workings of the commodity form — from the “free” consumer commodity that depends on our donated affective labor (working as we waste time) to the suddenly thudding materialization of the lifeless luxury commodity of art.

There is something brazen and provocative about this work: it, in fact, dares you to like it. Stark seems willing — eager even — to test the resilience of her project as it passes through the banalizing and homogenizing lens of Instagram, emphasizing the commonalities and continuities between the two: that piecemeal self-portraiture, the precise aestheticizing of bits of everyday life, the fundamental insight that every picture is a selfie. Here, she seems to say, now how do you like the figure of Frances Stark?

Or maybe she’s just re-introducing herself. 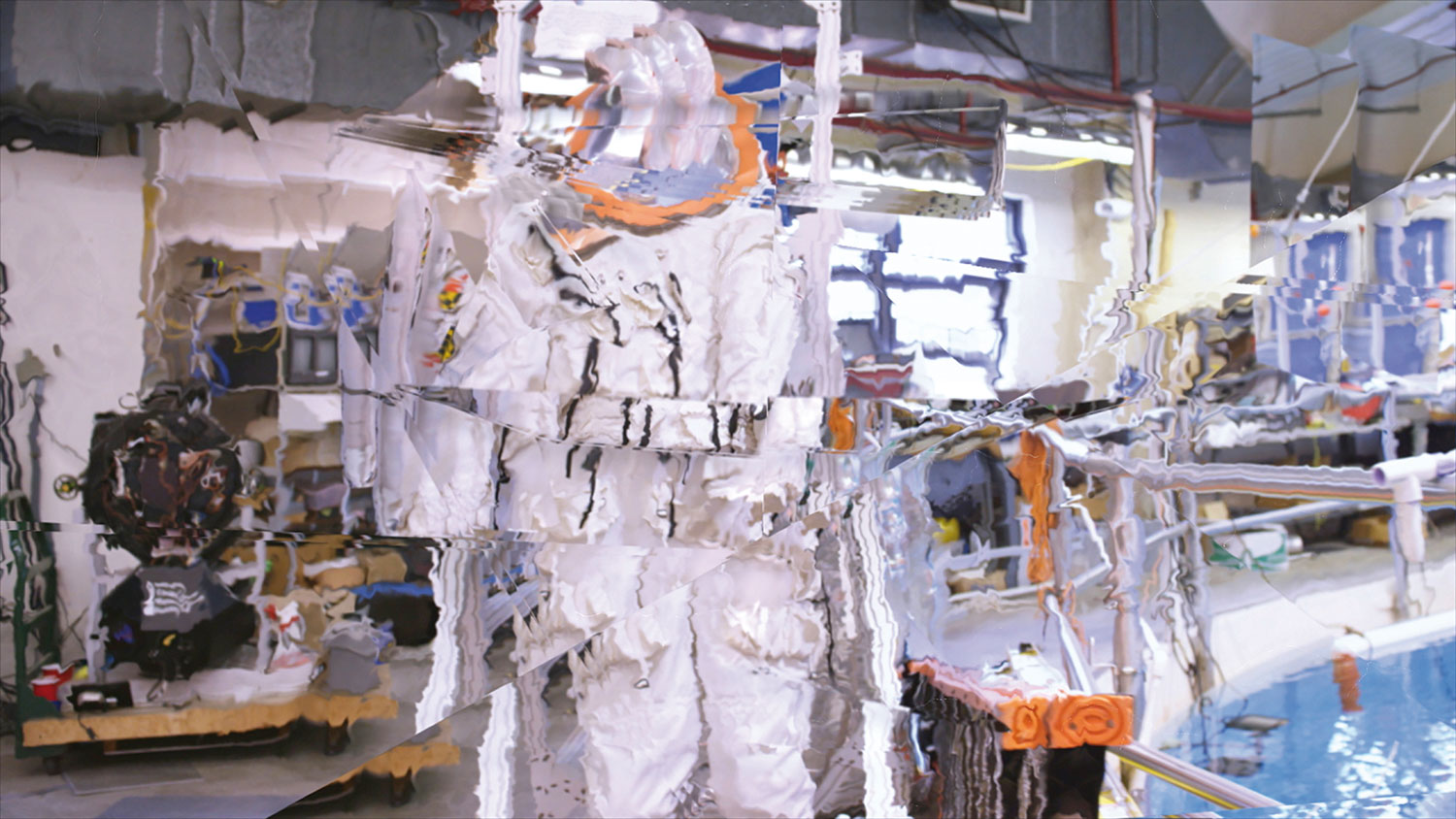 It’s easy to feel lost while watching one of Rachel Rose’s videos. Rather than mere confusion, this sense of disorientation… 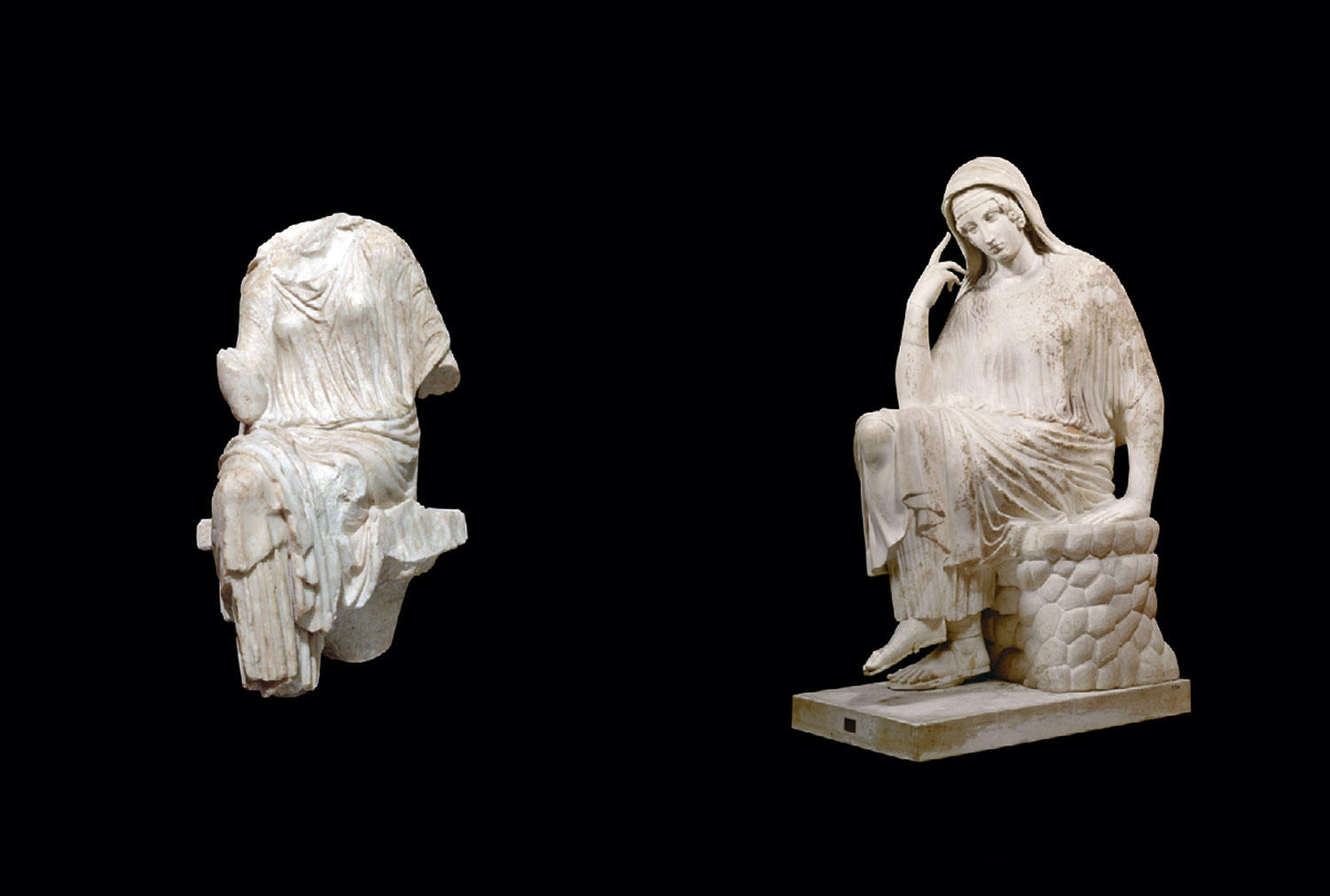 Two recent exhibitions have invited a reconsideration of the institutional narratives associated with the scientific discipline of archaeology: Christodoulos Panayiotou’s… 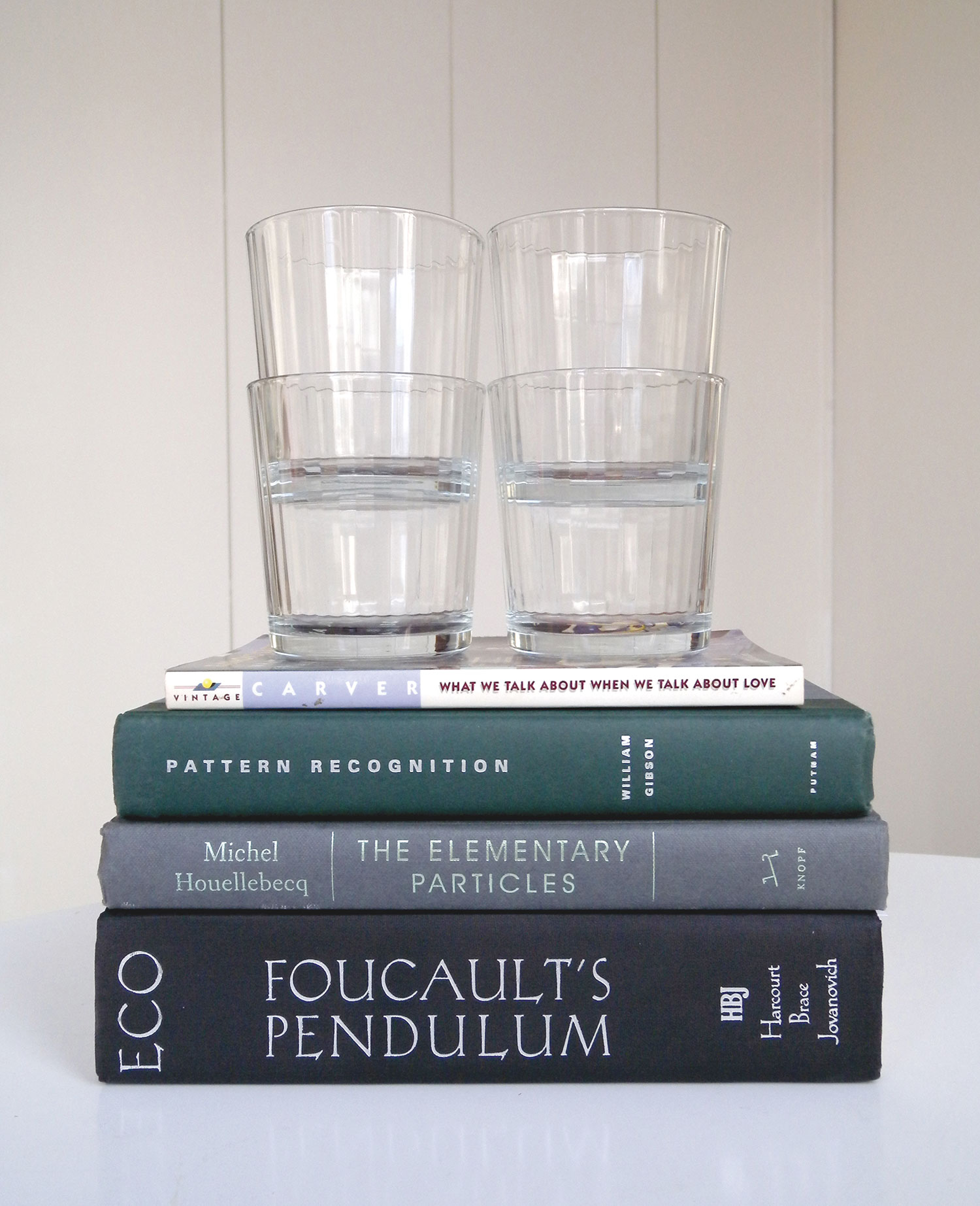 Connecting and collating people, things and information in a practice that often extends beyond the creation of discreet art objects,… 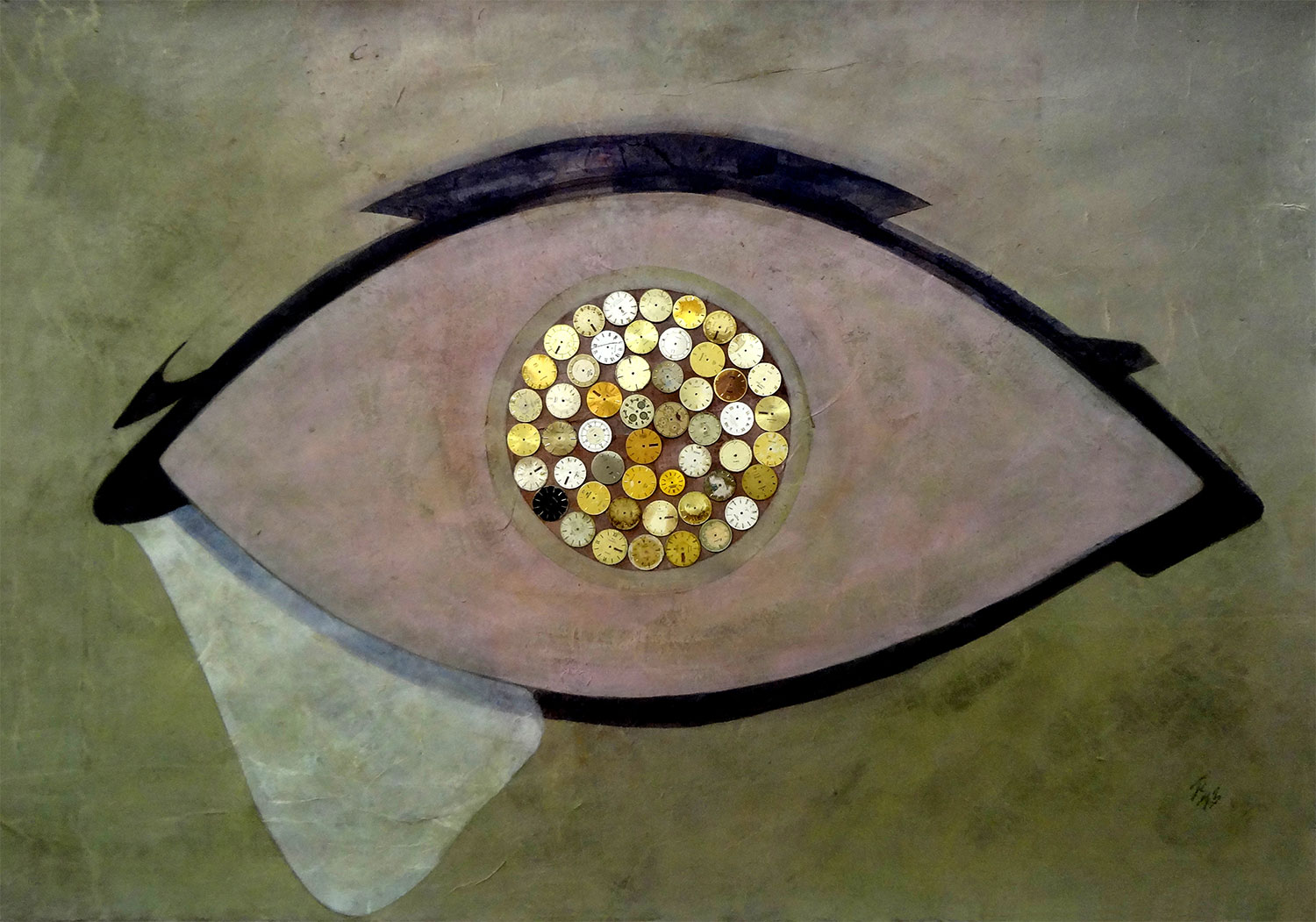 The history of art in India dates back to a variety of mediums, from the renowned Ajanta Cave paintings to…