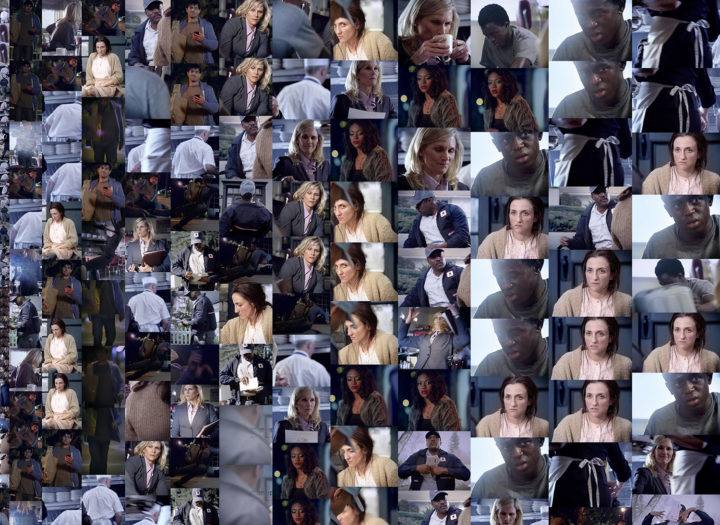 U.S. Immigration and Customs Enforcement (commonly referred to as ICE) is the governmental enforcement agency responsible for the detention and deportation of immigrants — an agency enjoying unprecedented power and influence in the age of Trump.

This project is a systematic examination of propaganda videos produced by ICE and published on the Defense Video Imagery Distribution System, an online archive of videos, images and prepackaged stories prepared by various branches of the U.S. military and freely offered to the news media. By providing high-resolution, low-restriction media to news outlets, the military is able to covertly disseminate propaganda in more insidious ways than if they were to address the public directly through official channels. When the news media make use of this material they serve as an intermediary between the state and the people, a propaganda-laundering operation.

Each work in this series is algorithmically generated from a single ICE video. I feed every frame of every video into image classifying software capable of identifying and isolating common objects in images. The system looks specifically for segments containing human bodies or body parts, and the final image is algorithmically constructed from the segments, ordered by size. The results assemble each video into one image, providing a compressed view of the visual hierarchy of human subjects according to ICE. As a whole, the series gives us a glimpse of ICE’s institutional narrative and its increasingly totalitarian activities.

Sam Lavigne is an artist and programmer based in New York.

Since the political upset of the American presidential election, journalists, academics and artists have been working to make sense of…

Designers of technology love to propagate the myth of a just world, in which people always get what they deserve.…