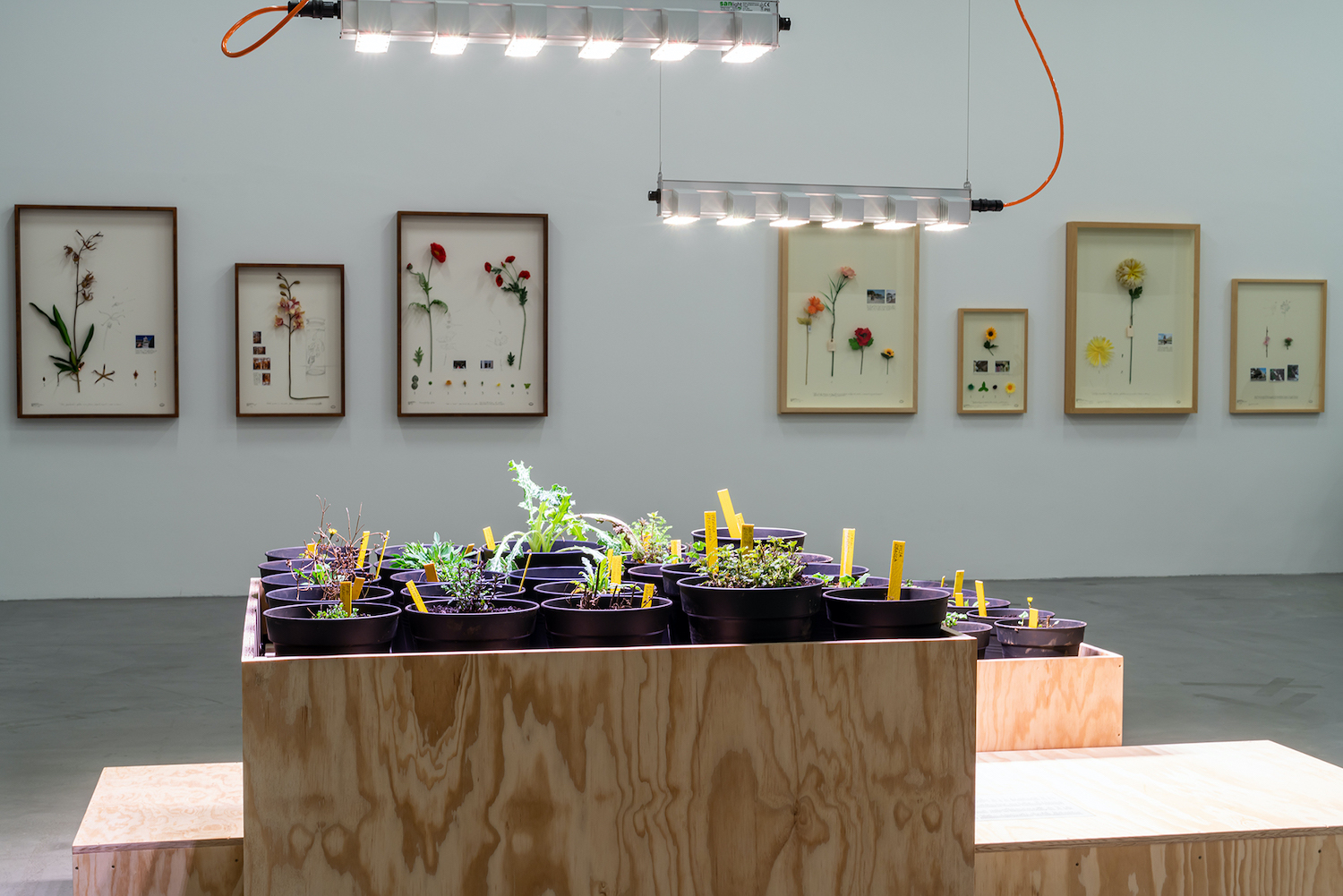 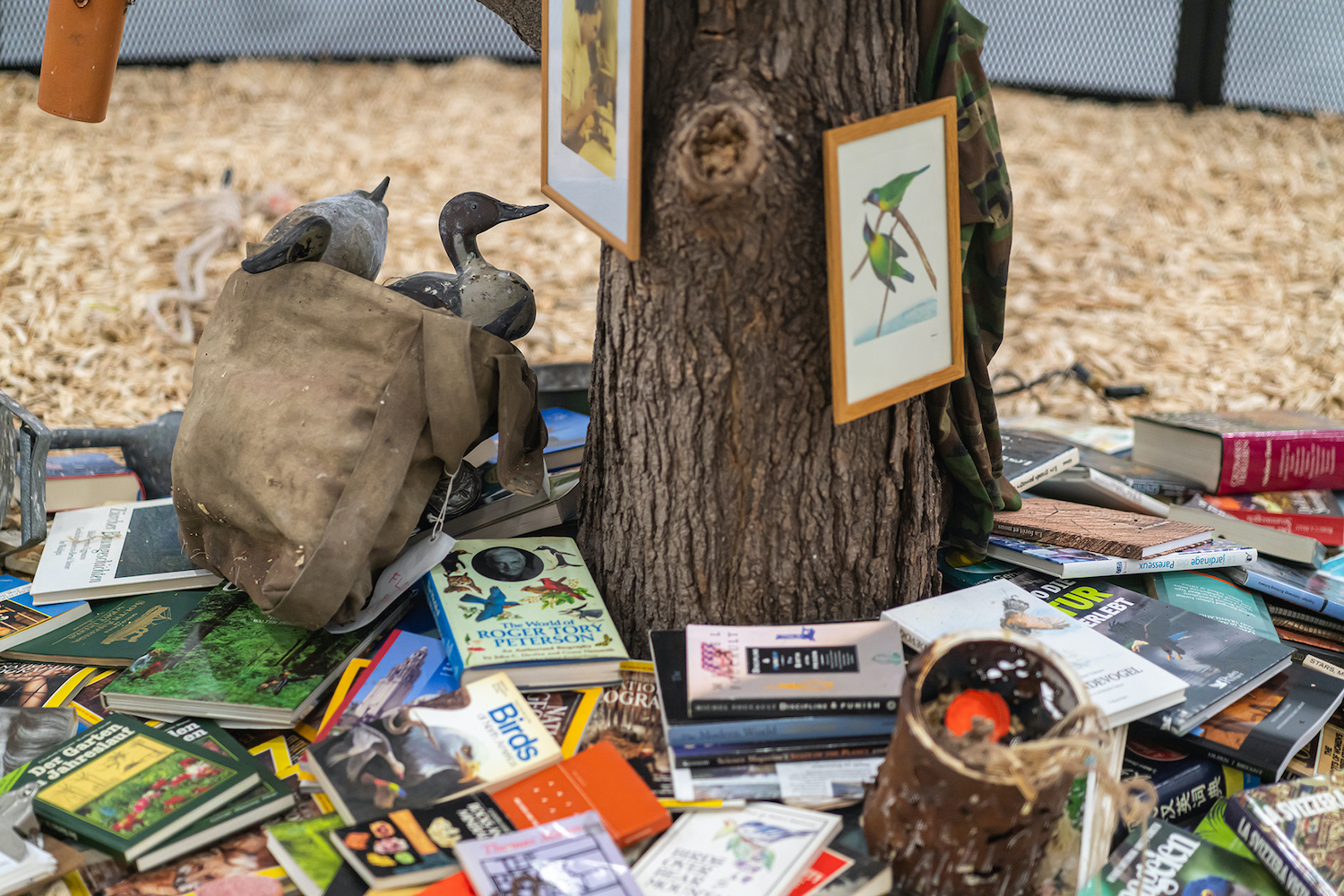 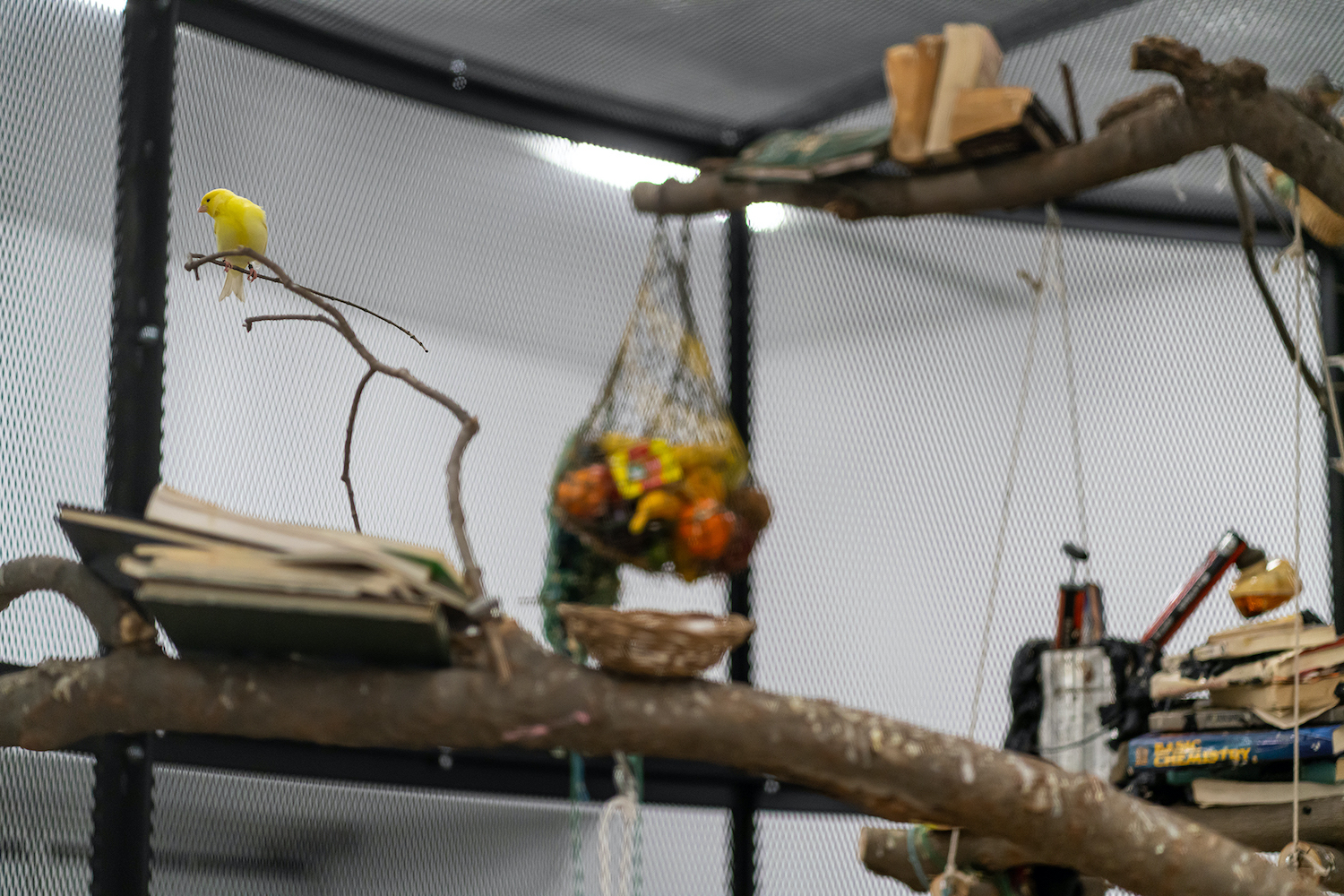 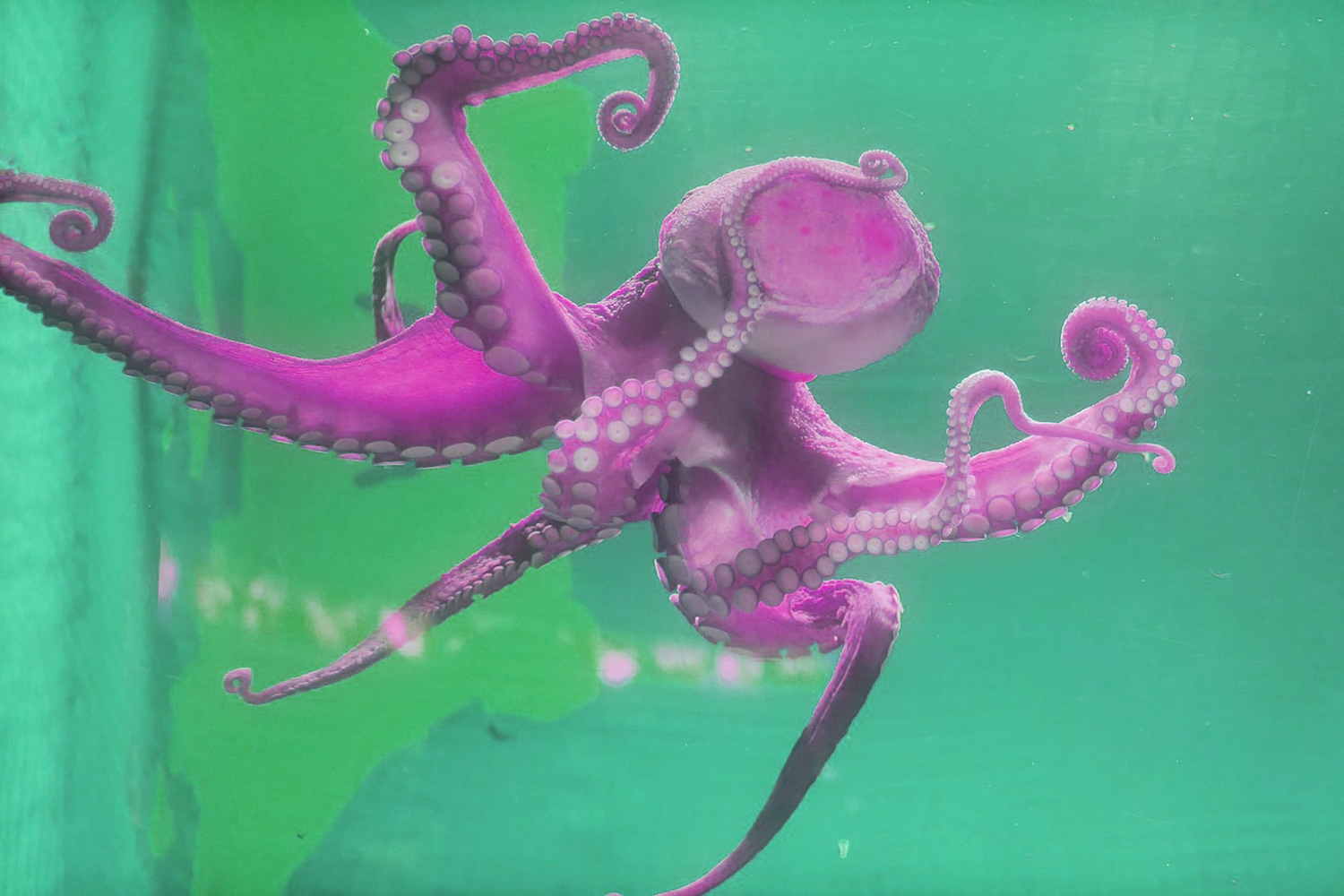 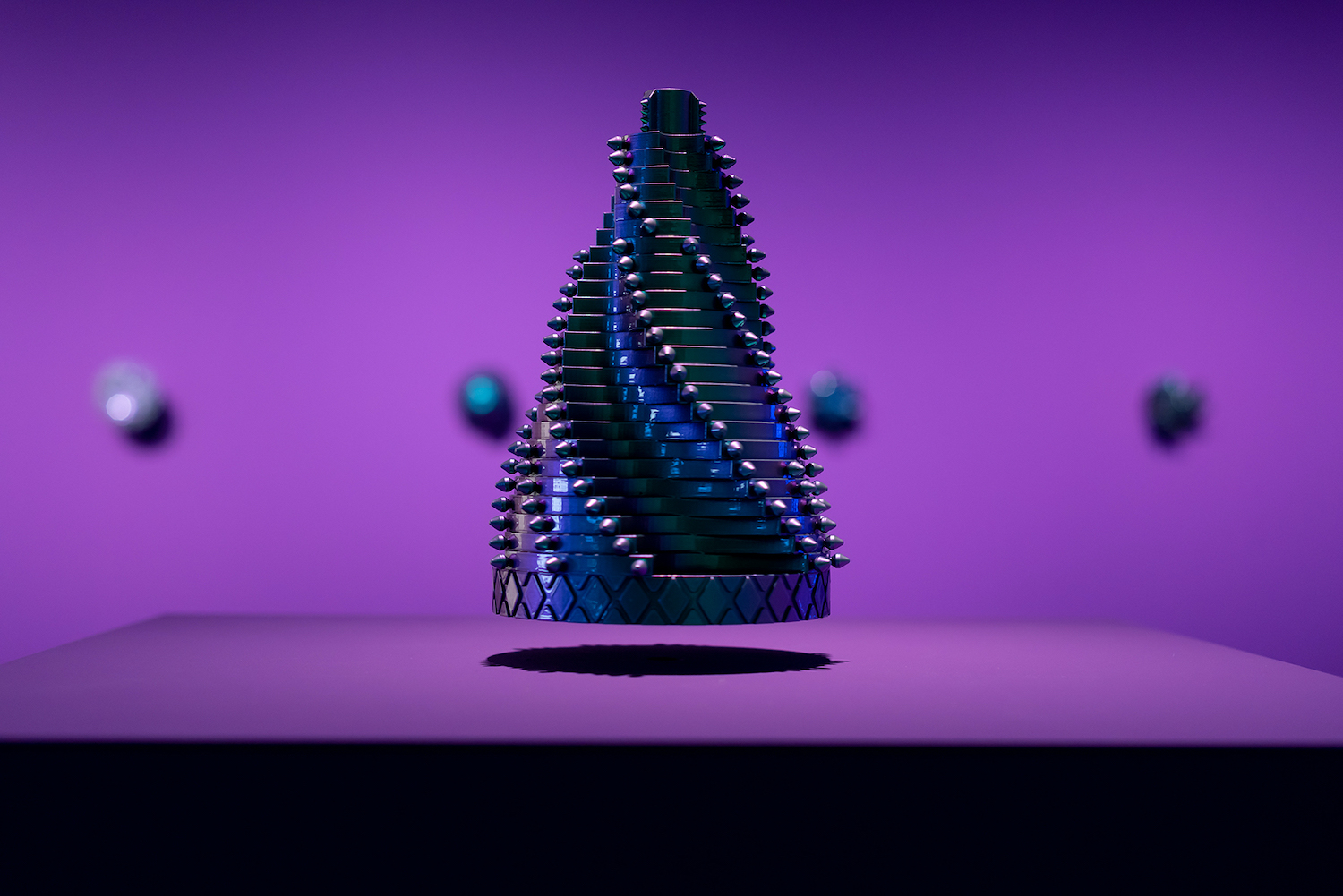 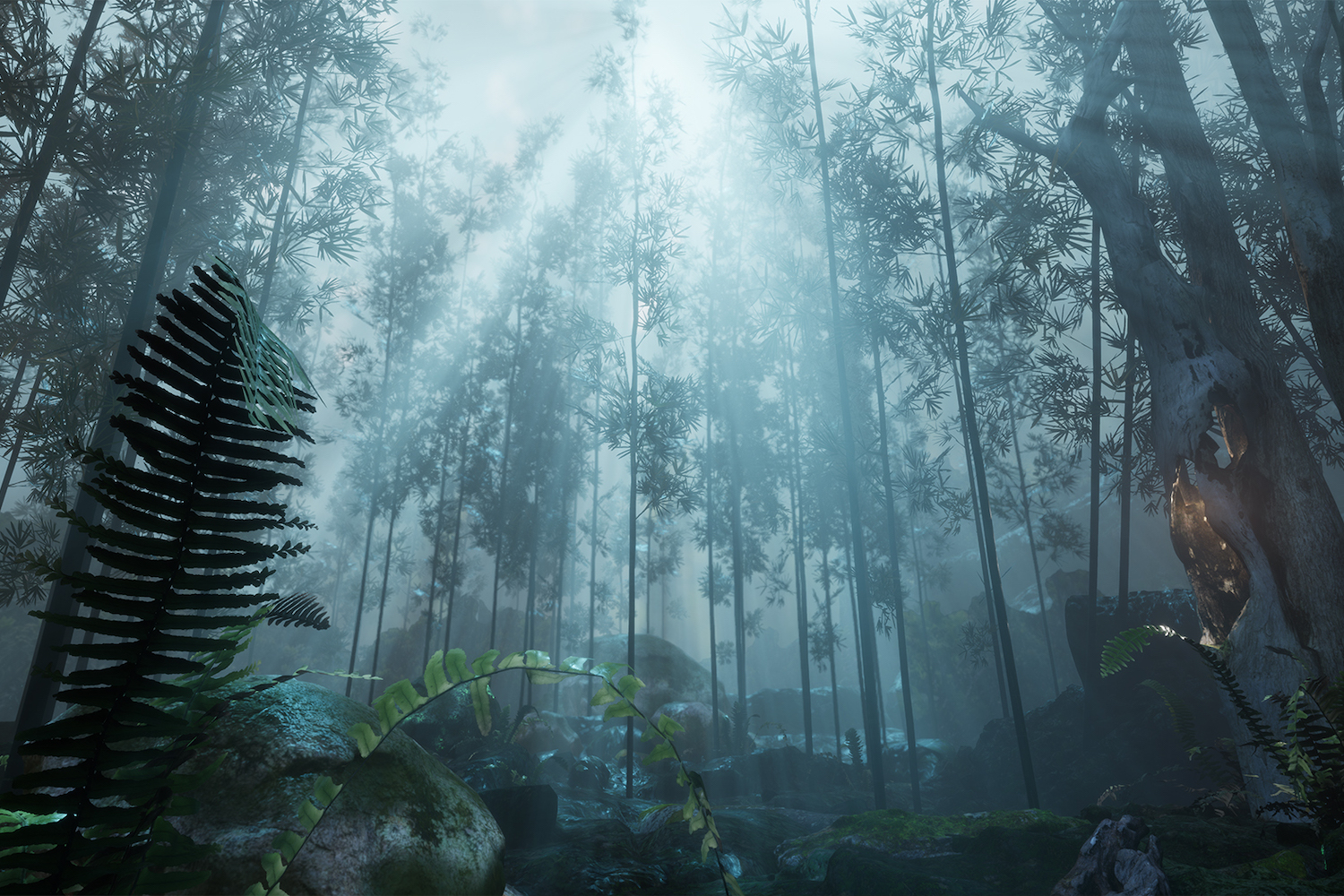 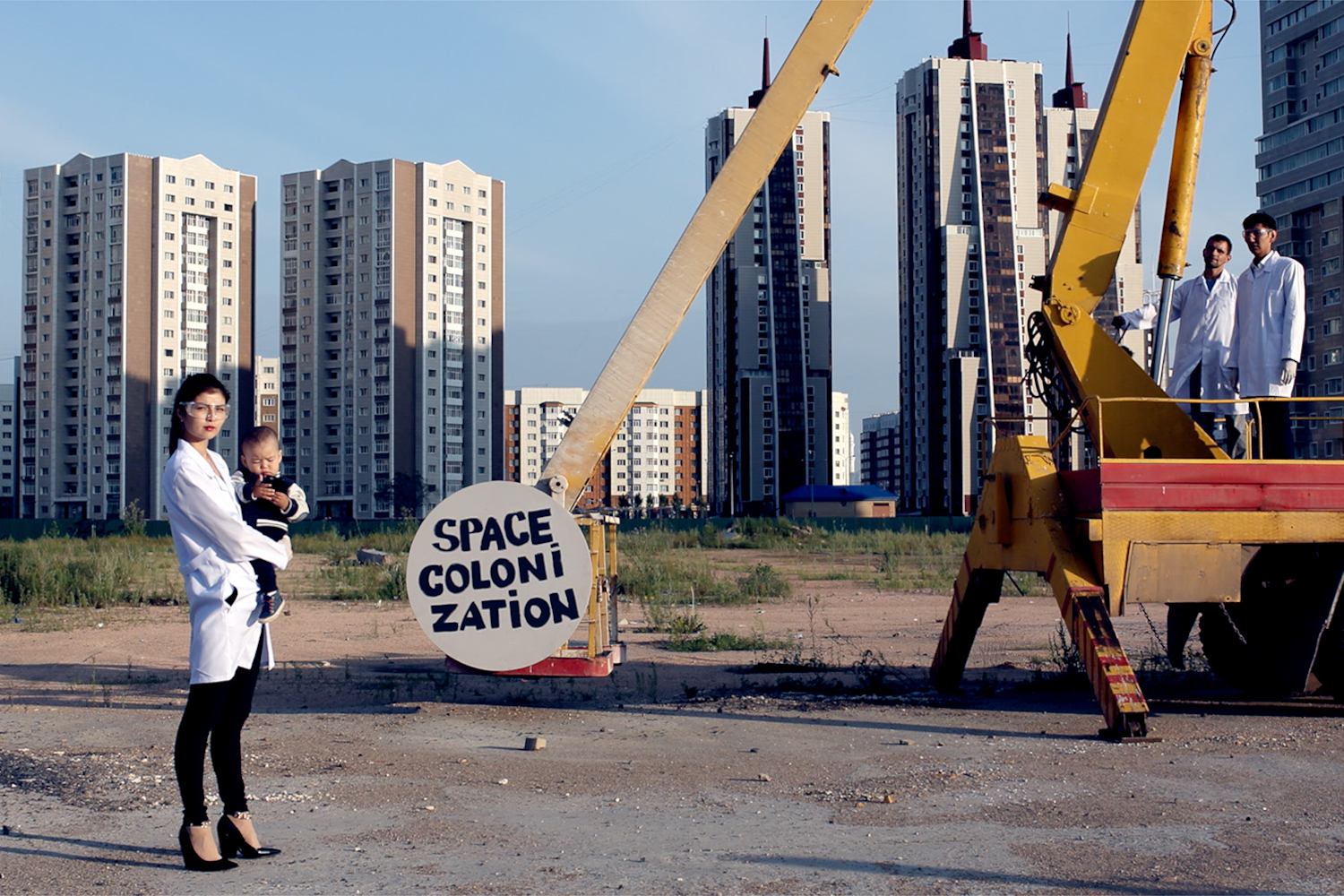 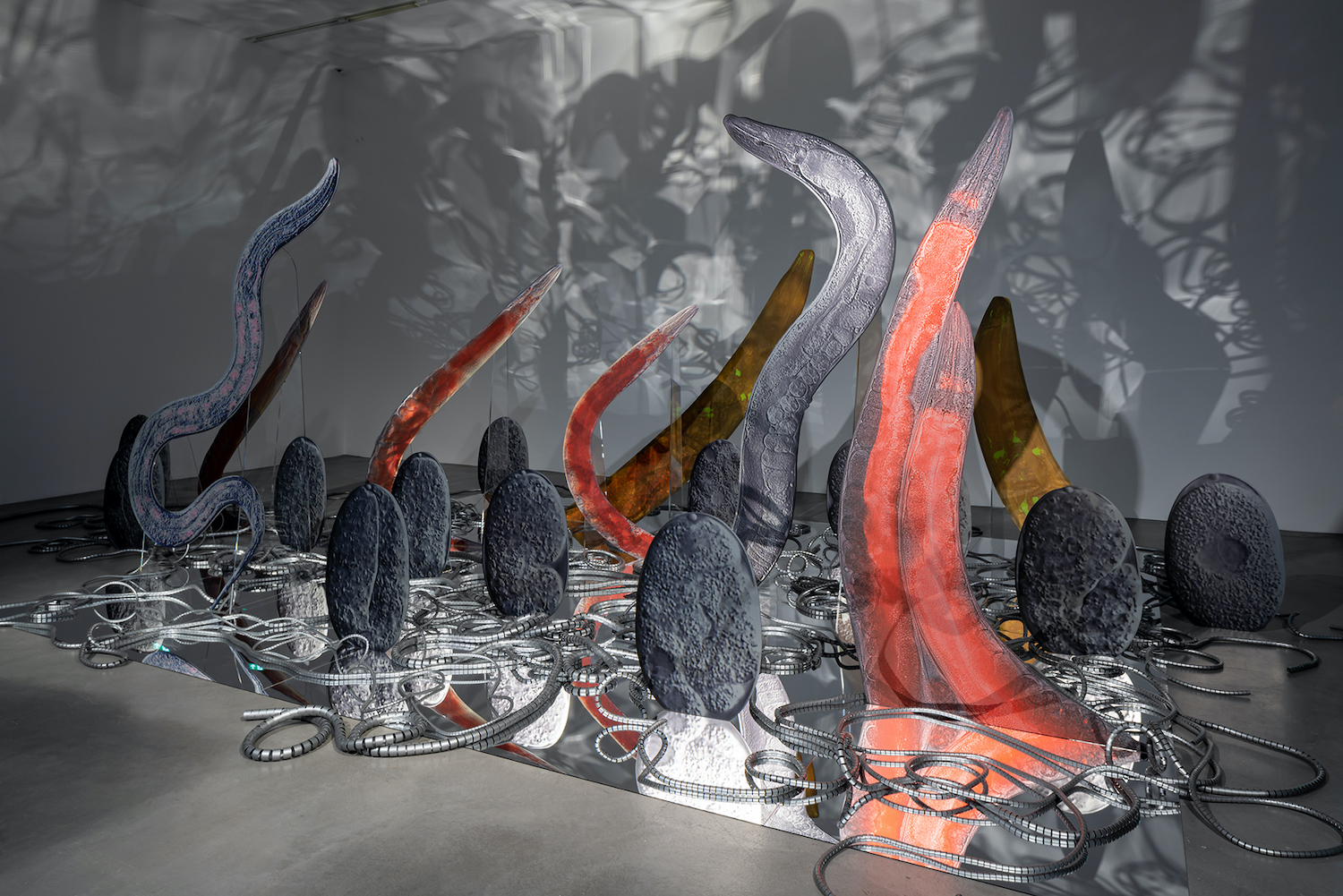 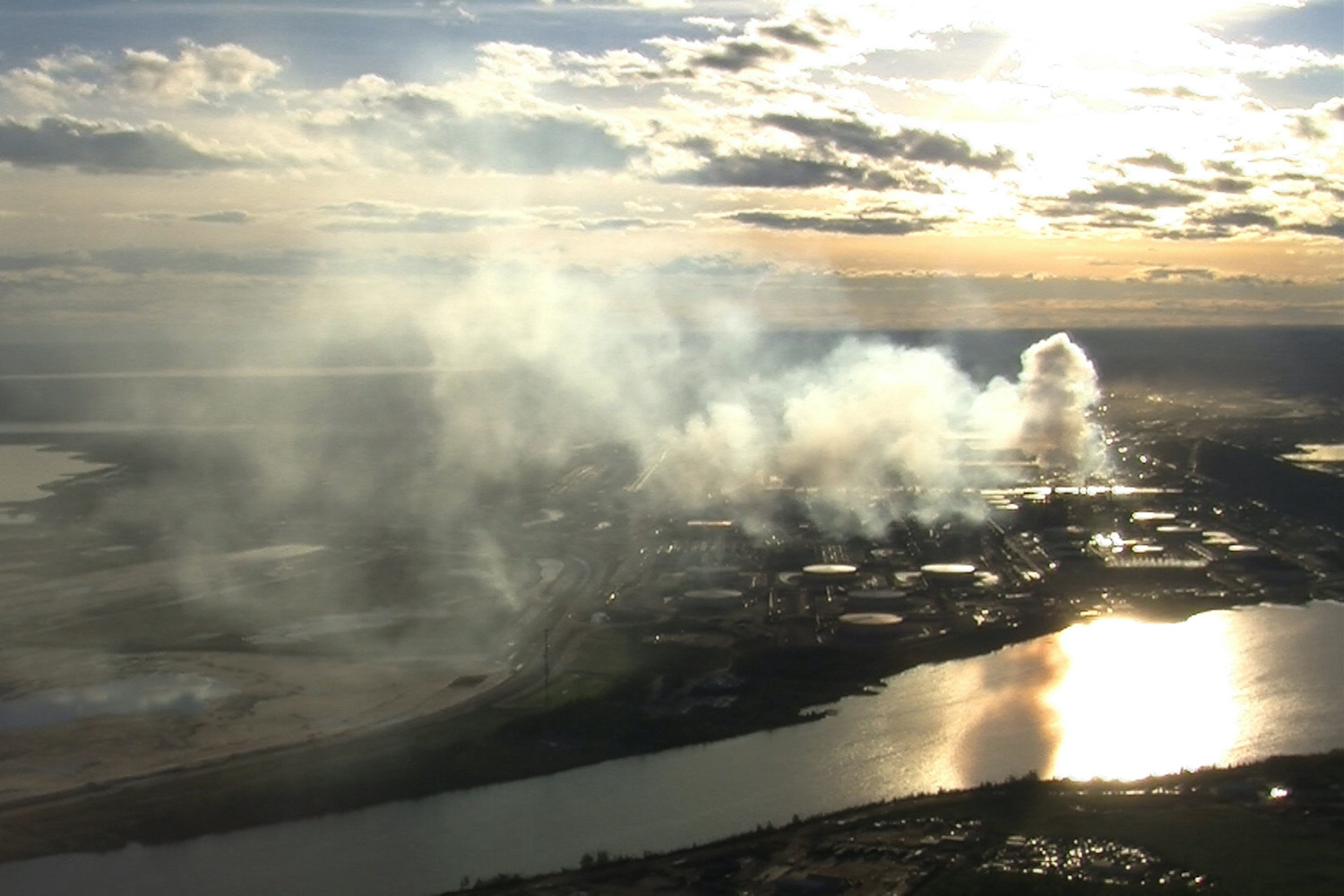 The environmental exhibition exploring humanity’s impact on the natural world has become something of a rite of passage for museums globally. It’s topical, with a capital T, and usually the kind of political that offends nobody. “Potential Worlds 1: Planetary Memories,” the first half of a yearlong program at the Migros Museum, enters with a global group of works that collectively — like seemingly everything dealing with the environment these days — feels a bit light and quite late.

The show is dominated by The Library for the Birds of Zurich (2016/2020), Mark Dion’s metal aviary filled with the bodies and songs of local sparrows. When not nesting on the enclosed tree the birds fly around and shit on books with avian or bird’s-eye topics. The piece was created with the intention that visitors would commune inside, but this was disallowed by the local government before the opening. The desire for the romanticism Dion traffics in is heightened by this extra-artistic rule, and by the way we believe we understand the caged after these months locked inside.

Katja Novitskova’s Pattern of Activation (C. Elegans) (2020) is the most striking installation, a sharply lit, mass collection of her iconic freestanding displays and metallic cable covers. Depicting the titular microscopic nematode, the work demands we actually see this species endlessly important to genetic research and, like man, a frequent traveller to space.

More overtly political is Reena Saini Kallat’s Garden of Forking Paths (2017), a large gouache merging the bodies of animals that symbolize countries in conflict with each other. A tiger with the head of a panda, for example. It seems more hopeful for future alliances in the drama of mankind than a dismissal of politicizing nature.

Subtlety is more present and successful in Kiluanji Kia Henda’s Havemos de Voltar (We Shall Return) (2017), a fictional narrative exploring the life of a rare antelope taxidermied in an ailing Angolan museum and sold to a Chinese nightclub owner as decoration. The work loops in a circle of abstracted colonial truths and ridiculousness.

With all these exhibitions and works the question remains whether anyone is interested in or able to institute change, or if everyone’s happy to enjoy this didactic self-reflective knowledge of destruction. The show was curated with and will travel to the YARAT Contemporary Art Space in Baku, an institution closely related to Azerbaijan’s authoritarian, oil-pumping regime. So, LOL.