The beautiful people of this world wear their spandex leggings high-waisted and tight. The women wear their gleaming artificial hair with exquisite poise, and twirl it around their fingers often. They are, after all, the beautiful people. The spaces that they inhabit and move through have a total, allover aesthetic, decked out like sets for kids’ TV shows, well-behaved nightclubs, or concept stores for useless items. The décor is precise and graphic, whether in rooms that are painted in princessy shades of violet and lemon, or in in those covered in patterns and brights reminiscent of the high postmodernist style associated with the Memphis group. This world is EasternSports (2014), a series of videos created by Alex Da Corte and Jayson Musson, and scored by Devonté Hynes. The melancholic scripts, mostly delivered in French in order to playfully acknowledge the philosophic “depthiness” often attributed to this language in an anodyne, shallow-seeming environment, are subtitled onscreen, and feature several ruminations on existential emptiness, though they are regularly comedic. “Are you an artist? My condolences if you are,” read the words on screen, as we watch a model dressed in a tight green onesie gets a haircut. In terms of action, Easternsports features a number of slow-motion set pieces: a female figure with a deep orange tan and yellow-blonde hair dives into a cage full of balloons before entering into a meditative state; three shirtless men in red swimming caps and matching leggings carefully set up, and then play, a game of beer pong with what appears to be de-labeled bottles of Mountain Dew; a mummy croons a sermon on love songs to a congregation of chattering, pretty women. Hynes’s music, composed in response to Da Corte’s palettes, is constructed from repeated piano-based motifs, other percussive instruments and the sad synths of a curiously touching video game. Indeed, owing to Hynes’s color/sound based synesthesia, color is a point of convergence between the two artists.

In Easternsports we are offered a long, detailed view of Da Corte’s installations as a complete universe. The artist’s exhibitions are often constructed as though they are stage sets or studios, such that viewers are often positioned as uneasy actors. Particular props tend to reappear across the artist’s installations — brightly colored shampoo bottles, soda drinks, mops, ladders, paper cups, balloons, bouncy balls, often arranged by color. There’s an equalizing energy at play in the artist’s treatment of his objects and products. In one of the Easternsports videos we see a woman walking through several spaces, taking several such items from display shelves, as a male attendant assists her, and placing them unceremoniously in a shoulder bag without a second thought. She’s an aesthetic shopper with no need for money, in a world in which every object is banal and Ikea-like, all part of the same holistic or all-encompassing brand.

We arrive in the rooms that Da Corte constructs for his exhibitions as though we have travelled down a corridor into a kind of “off-world” where normal rules do not quite apply. The apartment in Rainer Werner Fassbinder’s The Bitter Tears of Petra von Kant (1972), a film that the artist has made reference to more than once in his work, presents this kind of hystericized space, a closed box for drama connected to the rest of the world only tenuously. The red room in the finale of David Lynch’s Twin Peaks (1990–91), in which dwarves and dead women speak a somnambulistic backwards-speak, might be another example, or the red jewel box theater from the same director’s Mulholland Drive (2001). Sceneography, as witnessed in Da Corte’s work, is a way of looking at spaces and objects in a way that is time-based and inherently theatrical: occasionally we are explicitly directed by the viewer. For a recent exhibition, “Delirium 1” at David Risley in Copenhagen, for example, the gallery spaces were described in the exhibition texts as “Scene 1” and “Scene 2.” Both areas, one with a red color scheme and the other with a purple one, had mirrored floors with an Escher-like tile pattern on them, backdrops for objects, mirrors, fabric works and photographs. From “Scene 1”: “The viewer (you) enters the room. The smell of Calvin Klein’s Obsession lingers. There is an acrylic tiled floor. Its pattern is a lattice-type grid; the spaces in between the lattice lines are mirror. It appears as if you might have to walk only on the lines for fear of falling into nothingness. There is a green mirror shelf on the wall. As you enter you see yourself in green. You are comforted. You think of money.” The exhibition, as well as the narrative, unfolds in the nonsequitous way that dreams and nightmares do, inciting feelings of responsibility, guilt, pleasure or unease.

As Da Corte explains in an email exchange: “Working with stages, or theater in a sculptural sense, actively implicates the viewer’s subjectivity if there are no other players on the given stage. The viewer is the player, the star. There is a sense in these scenes that the camera is on you, but always behind your head, and there is no audience but you.” Given the developments that have occurred in the current technological age, in which we can have little expectation that our every movement is not being recorded by a security camera, an algorithm or the iPhone of a stranger or a friend, a sensation of being potentially observed has become familiar to us. However, it’s the unnerving emptiness, proppiness and artificiality of Da Corte’s installations that drive this skewed form of solo performativity. We are simply performing for an audience of one: ourselves. “Any gesture of performance, even just looking in the space,” explains the artist, “is one that activates the stage and gives new purpose to the special effects to disengage or reengage your psychological state. But the experience is completely yours. In a moment when we are all dancing for the camera, I think of these sculptural void spaces as ones that exist beyond the fourth wall, a place with no exit and no entry. A free place.” He adds an afterthought: “It’s funny to think of a place with no exit or entry as free.”

Da Corte’s attentiveness to scenes, staging and context has not stopped with his own work, and he has often turned to creating display systems for the work of others, even embedding works of artists such as Nancy Lupo, Brendan Smith and Alex Ebstein into his own Plastic Paintings (2013), which he displayed in a pink carpeted environment at the Institute of Contemporary at Art Maine College of Art, inviting visitors to rearrange the plastic panels as they chose. His next project, “Die Hexe” at Luxembourg & Dayan’s townhouse gallery space in New York, will create a linked series of densely atmospheric, cinematic environments for displaying works by Haim Steinbach, Robert Gober, Bjarne Melgaard and Mike Kelley. These are artists who share Da Corte’s attentiveness to the politics and atmospheres of display, and for the exhibition he theatrically positions them as “father figures.” Kelley’s work will be shown in a gingham room; Steinbach’s in a pantry smelling of spices in which the older artist’s signature shelves will be virtually indistinguishable from a number of other shelves. As one ascends the stairs, the environments become increasingly synthetic, less vital, the atmosphere ominous.

Color also clearly augments the emotional responses of Da Corte’s environments. He describes his first childhood experiment, conducted aged eight, which was to record the responses of his schoolmates when asked how a range of different colors made them feel. “Color is everything and communicates far better than my mouth,” writes da Corte. “In the scenes that I create, color is a way of introducing time into the experience of looking. When greeted by a blood-red wall, you may feel alarmed or have a sense of urgency while looking at the rest of the space, even if the red does not accompany you.” The suburban familiarity of many of the objects, too — VO5 shampoos, Swiffers — is another shortcut into the subconscious of the viewer, being mid-range, mass-produced products that are available at most supermarkets and delis. Stripping them of their branding, however, renders them strangely toothless, and perhaps more absurd. Volumizing shampoo is orange, moisturizing is pink, anti-dandruff is blue — choices that make a kind of sense when accompanied by logos, imagery and branding, but which seems babyish and absurd without. They speak to a culture that is spoon fed products and easily manipulated by basic visual sweeteners. I mention to Da Corte that his stripped products remind me of children’s television shows (I grew up in Britain, where the BBC are not allowed to show any brands, so de-labeled products were common on shows with craft or cooking projects.) “I like that you mention a children’s television show,” he writes back. “This reminds me of blurred-out logos in rap videos as well. The absence of labels creates a free space, one with no context or class, a place from the future. The familiar utilitarian objects of an American suburban class look extremely strange but regal in these voids. Removed from the bathroom closet, a purple WetJet Swiffer can be transformed from a cheap mop into a regal purple staff that connotes Crown Royal and velvet and Prince. Most of the objects I use are typically utilized for cleaning, and cleaning is one way of exercising control. A space with no cleaning tools is a space with no control, and with no control comes the reinvention of control, class and power.”

In other words, Da Corte’s work gives us access to an airy spiritual world that we already partake in as dreaming consumers. We build our identities around branded scents and various seductive consumer products, and fill spaces vacated by previous forms of labor or spirituality. “We are living in a moment where there is a plethora of new idols, some of which are plastic, and the lines that define our spiritual lives in relation to these idols are blurry,” ends the artist’s e-mail. “Easternsports was guided by this fracture between one’s understanding of self and what the self actually wants or needs. It referenced the spiritual only in that it was a play about lifestyles and the sport of fetishizing the unattainable.” Looking at a sweet-smelling, hygienic dream in which everything is always clean and your hair is always perfect, you realize that it’s also a form of nightmare. 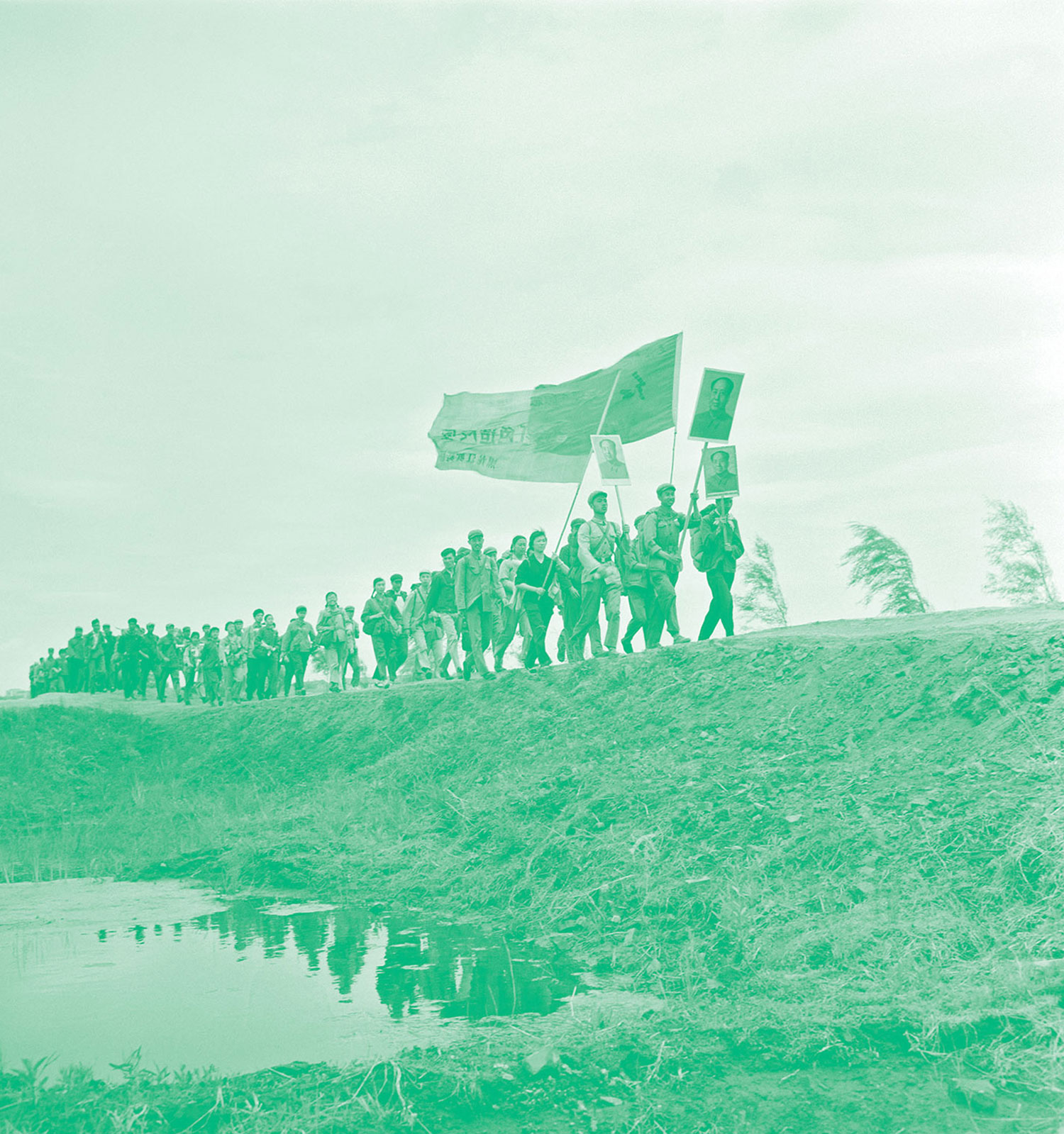 When the exhibition “Earth Works” was held at Dwan Gallery, New York, in 1968, it had been two years since… 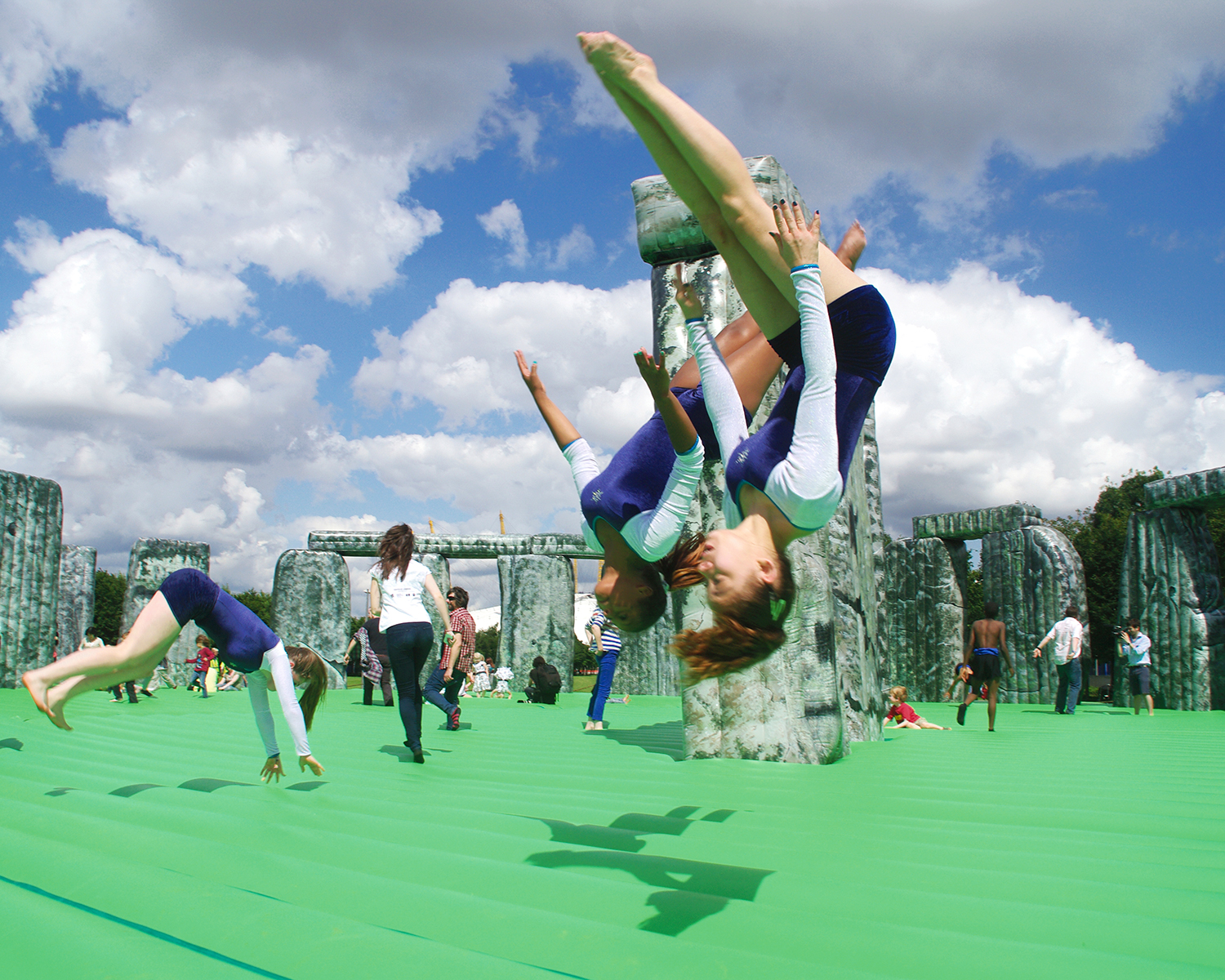 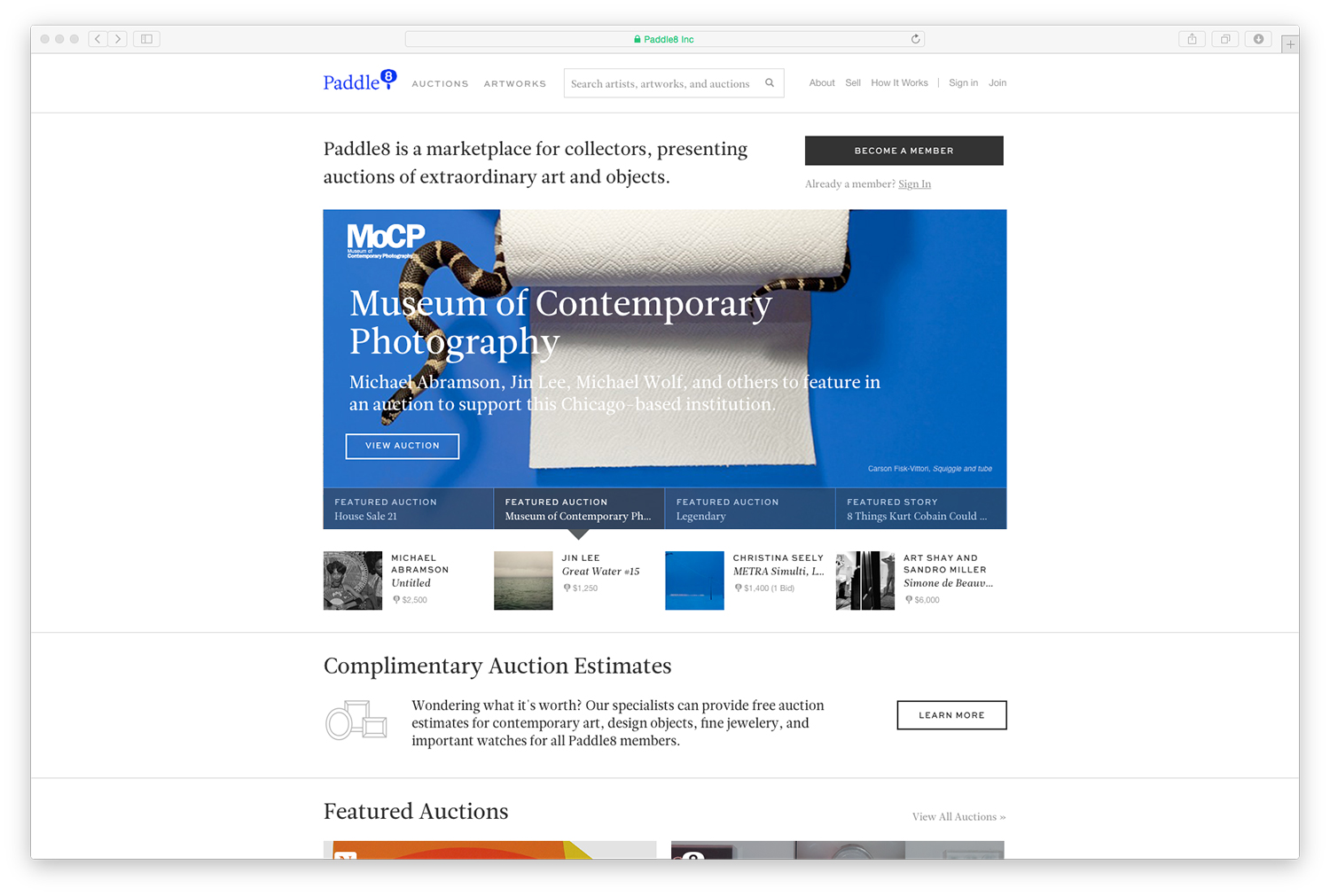 Following Andy Warhol The first thing a visitor to ArtStack sees is the line, “We want people to see more… 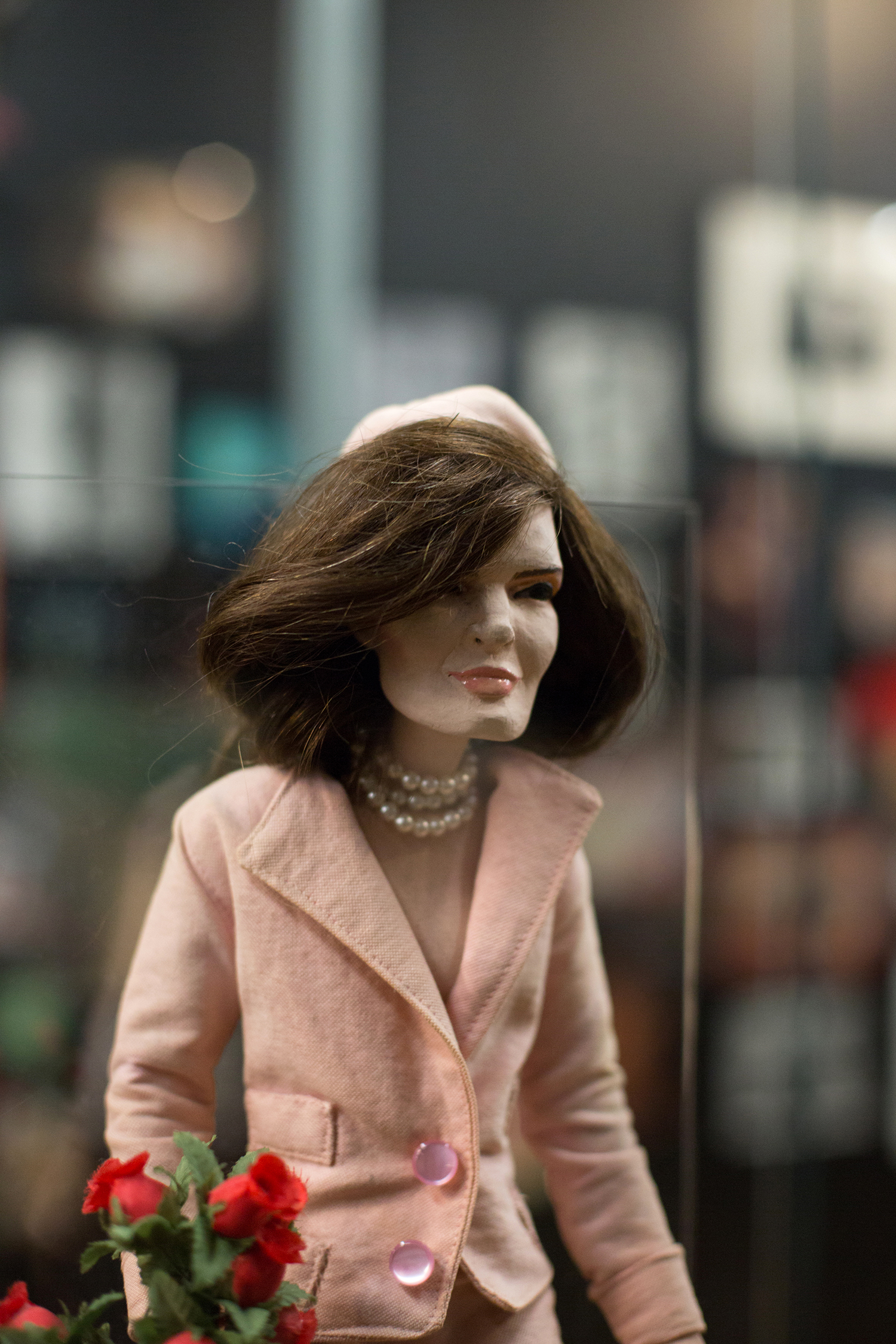