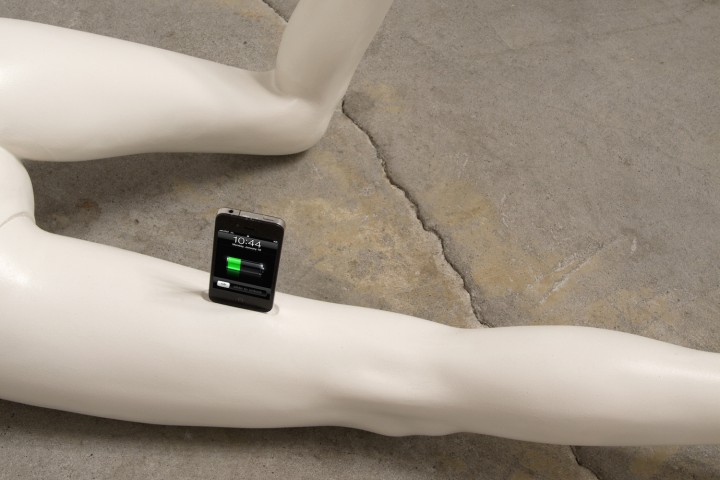 When asked in an interview about what triggered her iconic Water Event (1971), Yoko Ono said that when she first thought about the work, as a sort of Zen joke, she gave “a laugh right away,” thus she “knew it was a good piece” [Yoko Ono interviewed by Hans Ulrich Obrist, in Horizontal Memories, Astrup Fearnley Museum for Moderne Kunst, p. 119]. Sharing this same reverence for intuitive laughter — as well as an affection for instructions — Pedro Wirz has been developing works that explore strategies of collectiveness with both humor and boldness.

Born in São Paulo in 1981, Wirz spent his childhood and teenage years in quiet Pindamonhangaba, a small city 160 kilometers northeast of the capital. Having first trained in public relations — a line of work that rather suits his energetic character — in 2005 Wirz left for Europe to pursue an art education, obtained from Basel’s Fachhochschule Nordwestschweiz (FHNW). Parallel to his artistic production and driven by a will to make things happen, Wirz has since participated in several curatorial projects, taking place in venues as diverse as his living room (Wirzhaus, 2007, in collaboration with Raphael Linsi and Luiz Albisser) and the Liste Art Fair (the forever ending story, started in 2009 and currently paused, in collaboration with Linsi, Tilman Schlevogt and Claudio Vogt). Either as a cause or as a consequence, his practice as an artist has largely been shaped around a certain metteur en scène attitude that is intrinsic to the curatorial realm.

The “Curated Sculptures” series (2010–ongoing), one of Wirz’s earliest and most recognizable groups of works, consists of an operation that can be reenacted indefinitely, each time generating a unique object. Wirz constructs a structure that serves as the background of an artwork and invites curators and/or artists to adorn its foreground, thus enabling his sculpture to serve as a platform for an exhibition within an exhibition. Through this mechanism, the series proposes reflection on notions of shared control and manifold authorship; by adding elements to the equation, the vertical idea of a “curator in charge of a situation” becomes blurred. To this day, Wirz has developed seven works under the “Curated Sculptures” umbrella, gathering many accomplices in their making.

Collaboration is a key word within Wirz’s vocabulary, underlying many of his pieces. To accomplish Sculpture Exquisite (2011), for instance, he invited eight fellow artists to devise a set of collective drawings by following the rules of the “Exquisite Corpse.” Invented by the Surrealists, the Exquisite Corpse consists of a joint effort to create a text or drawing; each participant contributes with a part and shares it with the next person, who is only able to see a segment of what the last contributor added. The results of Wirz’s proposition were then carved into wood, becoming wall sculptures. In KITS (2012), he challenged several artists to each make a sculpture by strictly employing a set of materials he developed. The selection of objects on offer, which included ropes, plastic and wooden bits, was based on the artist’s observation of the trendiest materials he saw exhibited around Berlin galleries at the time. KITS had an interesting outcome, as even though everyone had the same tools to begin with, there were no two creations alike; hence the piece evolved into a translation exercise. Yet another collaborative development is TFSMG (2013), a series of objects designed mostly by children employing a paper sheet called “The Fantastic Sculpture Maker Grid.” A few months back, the artist had been invited to talk about his profession at a vocational fair in Zurich. After explaining to his audience what it meant to be a “professional artist,” he offered them the TFSMG sheets, asking the participants to individually draw the shape of a sculpture and, what’s more, to determine its color, size, material and display specifications. Wirz then manufactured the drawings, generating a heterogeneous group of objects that was exhibited at his first solo show in Brazil (at Mendes Wood DM, in São Paulo), suggestively titled “Gringo.”

Whereas the artist had built a certain reputation for himself in Europe, until roughly one year ago he was largely unknown to a Brazilian public. “Gringo” introduced his work to a local audience, enabling Wirz to reconnect with the country after several years based in Europe. Currently, he divides his time between São Paulo, Basel and New York. This geographical change has further affected his practice, and the artist has since experimented with new materials and concepts. Some of his most recent artworks, such as Players Only Love You When They Are Playing and Dials (both 2014), present a fresh take on issues of collectiveness, as Wirz now seems to emphasize interaction over collaboration. Noteworthy, participation is at the core of the neoconcreto movement from the late 1950s in Brazil. Players… consists of a white fiberglass cast of female legs bearing I-Phone chargers; when exhibited, visitors are encouraged to hang around the sculpture and talk to each other while using the chargers to boost their phone’s battery. Deals are a series of smaller — though equally functional — objects, made of rubber hoses that are knotted in such a way as to become pipes. To produce this new body of work, the artist has started to nourish a studio practice; accordingly, he has taken on himself most of the manual parts involved in the manufacture of an object.

In São Paulo, Wirz has recently teamed up with artist Gabriel Lima — who has also just returned to the country after a long period of living abroad — to form the pop-up exhibition platform Postcodes. Now heading toward its third edition, Postcodes aims to showcase the work of emerging international artists in the city, many of whom travel to develop their work in situ. Having endorsed the exchange of ideas since the beginning of his artistic career, Wirz is now pursuing such cross-pollination on a scale that is more global than ever.

Maria Peres de Pontes is an independent curator and writer based in London.