Ali Subotnick: What are you afraid of?

Nathalie Djurberg: I’m afraid of almost everything; maybe I’m less scared now than I was three years ago. The thing about being scared is that you get immensely bored when you’re less scared, and that might force you to do things that will terrify you the next second when the fear comes back.

ND: I think I’m more afraid when I’m with people. You can’t control others as you can control yourself. Tiny things scare me, like if you think a thought or someone says something, that will start a chain reaction in your brain (maybe I should say my brain) and that would lead to unpleasant thoughts — this sounds really vague and silly, but it’s the same as when you say that you get scared that someone would break in: it would be just as horrifying believing someone was breaking in, as it would if it actually happened.

AS: When you fantasize or daydream, do you generally imagine twisted, disturbing or violent events?

ND: Oh, what a question! I have never thought about that. Different fantasies have different purposes, but to try and answer your question I guess they tend to start off kind of ordinary and sweet until I get aware of them and then they break the rhythm they are in, like when you’re falling to sleep and your thoughts take really strange patterns. But when I fantasize it’s more deliberate, I have to think more about it.

AS: So you’re just naturally drawn to violent or taboo thoughts and ideas? I used to fantasize about pounding my sister’s head into the pavement. Do you have anything like that from real life that you use for inspiration?

ND: Everything I’ve ever thought or have done or seen is, in some form, inspirational. I have done some bad stuff, I definitely have wanted to do worse, but I think it’s the really, really strong sense of guilt that is really interesting; it’s a clash of the desire to do bad things and being terrified of being evil. When I was a child, I tried to pay or make up in advance for things that I hadn’t done, and maybe never would do.

AS: Pay in advance how? And for what future misdeeds?

ND: I would try to earn money (or steal from my older brother) and then give it away to charity, and I would do all the housework and take care of my younger brothers. One of the bad things I used to do was to tease my older brother until he would beat me up really bad, but I learned not to mind the pain that much and laughed when he was doing it, the ultimate way of teasing. But then again, I didn’t consider that as being so bad when I was little. 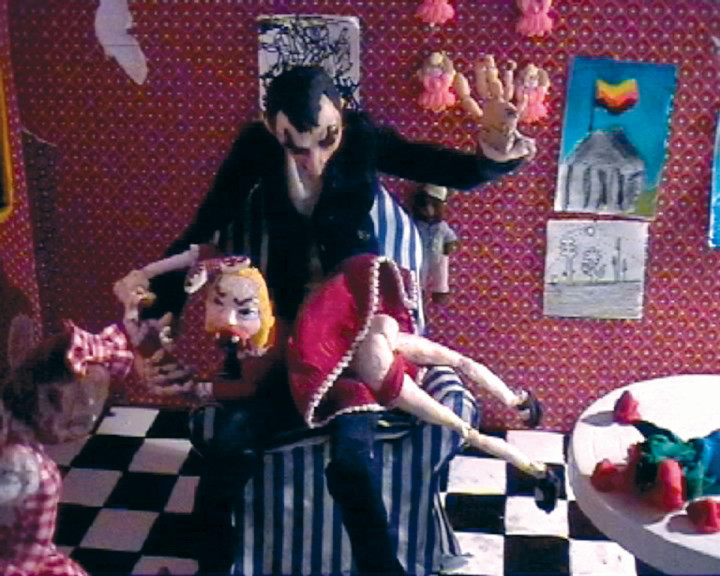 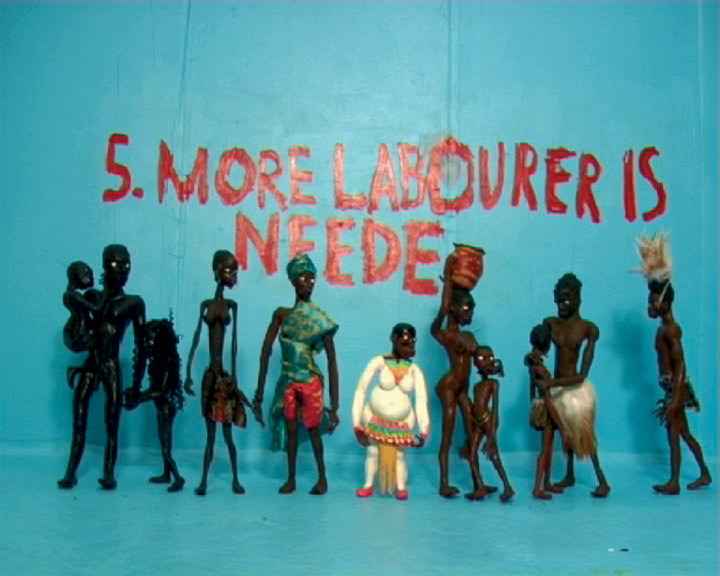 AS: What do you crave more, sweet or spicy?

ND: What does that mean? Like eating? Then I like sour, or as the Swede I am, salty with jam.

AS: Sweet and sour. If you could have three wishes granted, what would you ask for?

AS: Peace doesn’t seem to be your number one priority! And you’re like a perfect porcelain doll, what could be more beautiful?

ND: The peace thing is to make myself less selfish. Maybe six wishes, three for myself, and three unselfish ones. Then I would add being extraordinarily good at math to my selfish list. I’m very bad at that. And regarding the porcelain doll, which makes me very happy, I just think that’s an after construction from your part.

AS: Fine, you don’t see what’s in the mirror, I understand that, but it’s not an ‘after construction’ — it’s a fact, you’re a total doll. But this feeling of guilt or self-disgust for being evil, does any of that get cleansed or absolved through your work, like if you act out and do bad things in your art work then you won’t have the urge to do bad things in real life?

ND: I guess so, or like being God in your own world, being able to punish the bad ones, or choose not to punish them, live out the aggression and also swing it around just to see what happens. A way to cope with reality, move it into your studio and change it. Struggle between being victim and perpetrator.

AS: Is your work an exercise in power or venting your aggressions?

ND: I love this question. Probably both, but more venting my aggressions. Can I think about it some more?

AS: Sure, get back to me on that one. Is it a question you get asked often after people see your work?

ND: I don’t remember if anybody asked me that. And I still think it’s both, until they transform and become something else, neither aggression nor power.

AS: What would be the worst way to die?

ND: Too horrible to think of or to say, but I can say the best way: To be walking in the woods and be killed by one of the bears.

AS: Did you see Herzog’s Grizzly Man? I’ve been meaning to see it for so long and haven’t gotten around to it yet. It sounds pretty great and gruesome.

ND: No, I’ll look it up, I haven’t even heard about it. I heard though that it’s supposed to be really peaceful to drown, once you have given up.

AS: If you could be reborn as an animal or human, what or whom would you want to be?

ND: It would be interesting to be a man, but this is not interesting enough. I think I’d rather be an animal, a carnivore, like a wolf or a tiger. That is so corny…

AS: What’s easier for you, laughing or crying?

ND: Fifty-fifty. I tend to start crying when I laugh a lot, and when I’m crying I know that I don’t need to start with what I’m already doing so then the laughter is kind of close.

AS: What do you mean you don’t need to start? You mean if you’re crying you don’t have to worry about falling apart and crying? I always laugh at the worst moments, like when people are crying or something bad happens. I guess it’s called nervous laughter. I just call it uncontrollable.

ND: Yes, and they are both reactions. Once I stepped on my mother’s toes wearing clogs. When she screamed I spun around tearing away the skin and breaking the middle toe, and all I could do was laugh until I was lying on the floor while she was kicking me with her good foot.

AS: Now I see where the guilt comes from… Sun or rain?

ND: I love the rain.

AS: Name a few of your heroes.

AS: Which do you have plans for, wedding or funeral?

ND: I asked Hans to marry me but he said no; now I’m trying to make him sign a contract instead. I think a lot about his funeral, how I will cry, and who would make the music for me.

AS: What does the contract say or do? And you only think about his funeral, not yours?

ND: The contract says that he has to work and stay with me forever, but he refuses to sign it. I’m too afraid to die to think about it, maybe people who are so afraid of dying are drawn to it.

AS: Do you believe in happy endings?

ND: In short terms yes, but then I don’t think the happy ending would last.

AS: So what keeps you going? Is fleeting happiness enough?

ND: Maybe, it keeps you lacking something, forcing you to continue. There wouldn’t be a reason for art if only happiness existed — that is why I wanted to be really, really, really beautiful: it’s the illusion of happiness. Then I wouldn’t do art, only polish my personality.

ND: Beautiful, but after this interview it feels kind of lame that beauty would take the rest away. But if you are rich you can always pay to be beautiful, but then you might get punished in some other sense. No, I’m kidding, but surgery would really be cheating.

I don’t think that wanting is bad, it might trig your imagination, makes you fantasize and that might lead your thoughts in unexpected directions.

AS: Do you think about tomorrow, next year, right now or yesterday more often?

ND: Usually tomorrow. I try to avoid thinking of yesterday.

Ali Subotnick is an art critic and curator based in Los Angeles.

Nathalie Djurberg was born in Lysekil, Sweden, in 1978. She lives and works in Berlin.

Maurizio Cattelan: Since your show at Daniel Reich’s apartment I have seen you shift media and styles often. Artists who…

For Dominique Gonzalez-Foerster 2005 was a sabbatical year. Her calendar was emptied of exhibitions and public projects. The first show…

Neville Wakefield: I’ve always understood the iconic aspect of your performances to be serial and anti-narrative. Certain aspects have changed… 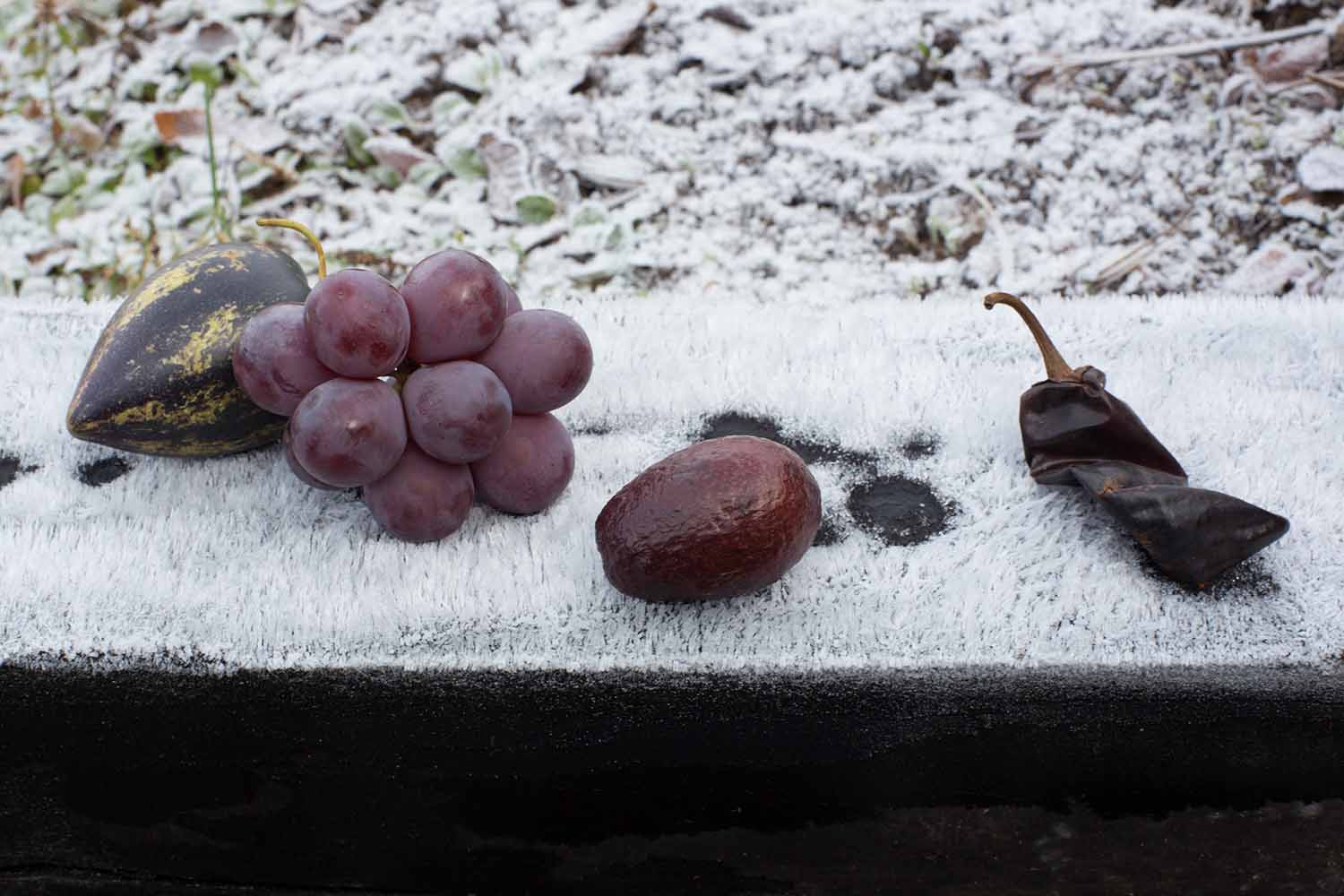 Wolfgang Tillmans has been written about extensively, and it is almost alarming to see how writers project their ideas onto…