Norman Rosenthal: What is art to you? And it’s function in the world?

Matthew Stone: I believe that every action that anybody makes is already creative. Whether conscious or not, whether that person defines themself as an artist or not. Those actions become art when they are passionate.

NR: And how do you measure that?

MS: I think I would quote a friend of mine who says ‘I know it when I see it.’

NR: But does art have to take place in the art gallery? What is the use of these funny places?

MS: I am inclined to make a comparison between a gallery and a church. They both exist as a rarefied environment for intensified experiences.

NR: Do you really think of art as an ersatz religion?

MS: Not as a religion, but as a spiritual practice, definitely. I’m interested in the idea of being able to maintain a position that is open enough to see more than one side of an argument. Every solid definition or ideology is a death to all the other possibilities that exist beside it. It’s about knowing that two things that seemingly oppose each other can both be true simultaneously.

NR: Has art the right to be blasphemous or transgressive?

MS: Art has the right to do anything.

NR: But there are things that shock you or that you find potentially disturbing?

NR: Let’s go back to this perhaps terrible statement from Stockhausen who said that 9/11 was a great work of art, well I suppose that according to your definition it was…

MS: I think it was definitely a passionate work of art.

NR: But do you think that the fact that it happened was an appalling thing? Is a war a work of art? I think you are in a very dangerous territory here.

NR: Whether you’re an American soldier or you are a member of the Al Qaida. I mean, are they really all artists?

NR: As each of them would presumably believe in their rightness.

NR: Do you see art only as anarchy?

MS: I think it’s inevitable that it is, but I don’t know if there’s much difference between chaos and order; anyway, sometimes the idea of order seems deeply chaotic and compromising, in a way that chaos would traditionally be perceived as being.

NR: What is more beautiful chaos or order? Pattern or no pattern?

MS: They are the same thing. No pattern is a pattern.

NR: Yes, I think I would agree with that. You also seem to quite like the idea of people following you.

MS: I have a complex relationship with that idea; I’ve spent a lot of time thinking about what it means to be someone to whom people listen. In a sense, finding dynamic ways of working that are generous and open rather than dictatorial.

NR: Do you see yourself as a sort of priest, or a druid for that matter, to refer to some of your particular actions, as far as I understand  them?

MS: I don’t think I would specifically define myself as a priest. Alanna Heiss asked me once if I had thought about becoming one.

NR: What do you think are a priest’s functions?

MS:  I always thought about things in relation to shamanism.

NR: Which is where our first ever discussion began.

MS: The problem is that these terms are all so loaded. Religion fucked up…

NR: Well, you can also argue that art also fucked up, because within art there is also a dictatorial aspect, spiritual imperatives, that are very singular to individuals rather than…

MS: Conducive to a whole?

NR: Yes. And do you agree with that?

MS: Yes, and that is something that I would very much like to undermine.

NR: If we talk about the Zeitgeist, do you know what I mean by that?

MS:I think the Zeitgeist is when ideas become established through exposure, and people then attempt to assert themselves and their individuality by swinging to the opposite extreme of that idea. It’s natural I think. But we live in a time where these cycles are getting quicker all of the time. This is because we are exposed to so much visually potent language.

NR: Is that a good thing?

MS: The surface may change more quickly, but what it describes remains the same. That is if it says anything at all beyond the surface.

NR: Do you think that the Internet has been partly to blame for that?

MS: Not to blame, it’s part of it. I love the Internet.

NR: And do you communicate with other people through it?

NR: Do you think you never will, or do you hope to?

MS: I hope to meet some of them. But did Joseph Beuys expect to meet every person who saw and somehow understood his ideas?

NR: No, but he did want to have what he described as an ‘open university’ and  had great respect for knowledge.

MS: He would have loved the Internet then.

NR: Yes, but he was very keen on very precise knowledge of things, of plants, of literature, of philosophy, of medicine, of physics, of politics… he wanted to be learned, and I have a feeling that your generation tends to rely on a funny world of… If I am to use a cliché, Wikipedia for example.

NR: Where we can constantly know about anything, but, in a way, not understand any of it.

MS: I agree. But I think at the same time more people are learning about a far greater variety of things. That they might not have had access to before. Ultimately, it’s a personal responsibility to learn about what you feel is relevant for your life. I don’t think that everybody in the world should learn about everything that Joseph Beuys believed they should. They should go and find out about what they crave.

NR: He probably would have agreed with that. Do you believe in symbols?

NR: So what are the big symbols in your world?

MS: The group, the community, a group of people is a symbol for me, for a fluidity of individual existences and for the edges of ourselves where we can find the beginnings of others.

NR: That’s what in the ’60s was called a “Commune.” Are these communes a sort of alternative family living? You have lived in squatting situations, which is a sort of commune. Is there a good sense of sharing?

MS: We shared, but its not utopian by any means. But we were able to make five course dinners for fifteen people from food we found in supermarket bins.

NR: This reminds me of ’68, the communes that symbolized that year. I went to Berlin in ’69, as a student, and I went to an apartment, there was a girl, sitting in front of me — she had a big box of apples and she said: “the apples are socialized…” It seemed such a ridiculous concept for me… I fled. What did you learn from being in a commune?

MS: How to work with other people, retaining my own individual creative identity, whilst respecting theirs. I learned that if I gave up some aspects of what I instinctively wanted to hold personal it didn’t compromise my work or myself. In a sense my ideas became bigger, the more generous the approach.

NR: It’s a kind of aesthetics of friendship. A very English thing by the way.

MS: It’s like an elite that anyone could join; it’s a sense of tribalism that could transcend war.

NR: It could also make war. In fact what is nationalism, but a form of tribalism? In my perfect world there would be no state boundaries anywhere. They are an incredible restriction for the fluidity of the world.

MS: A lot of what we’ve discussed has outlined the dangers that this type of thinking can lead to. We’ve seen where utopian language takes us when followed to an extreme. It’s frightening. But although we might conclude that ideology is dangerous we must surely still remain idealistic.

NR: Do you have an artist you think is exemplary… forgetting Joseph Beuys, he’s not allowed in the list.

MS: Can I have Andy Warhol and Joseph Beuys together? I think they were very much trying to describe similar sentiments.

NR: They were great friends, or at least they pretended to be a mutual admiration society.

MS: And I’m sure they were, but I’m still convinced that their seeming differences can be explained by their differing socio-political environments.

NR: One was American, if you like, on the surface superficial.

MS: …Affecting an air of superficiality.

NR: And the other, Joseph, European, affecting an air of deepness. And I think that’s it.

Norman Rosenthal was born in 1944. He is an exhibition-organizer and art critic based in London.

Matthew Stone was born in 1982 in London, where he lives and works.

Hans Ulrich Obrist: What were the trends in the Academy? Carla Accardi: The Academy’s trends focused on Italian art, while…

Dying is no more than not being seen. (Fernando Pessoa) Gino De Dominicis was an extraordinary artist in terms of…

After Arte Povera work in the early ’60s and mid ’70s by Anselmo, Boetti, Fabro, Kounellis, Mario and Marisa Merz,… 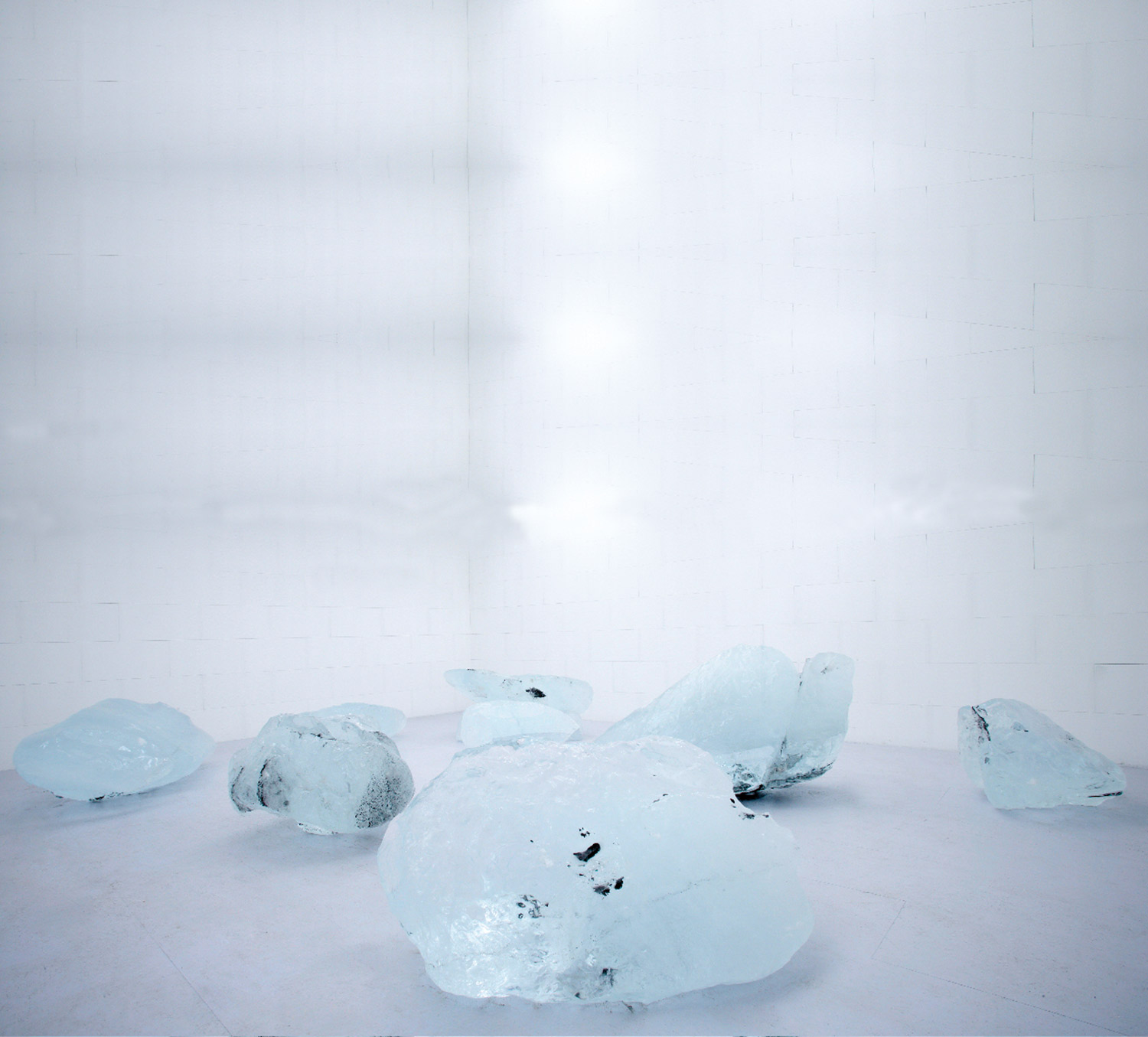