It has been over thirty-three years since Marcel Broodthaers died in Cologne on January 28, 1976; he died on his birthday, aged fifty-two, like William Shakespeare who also died on his birthday at the same age, some three hundred and sixty years earlier. Such a twist of fate as this is a chance reminder of Broodthaers’s wide knowledge and enthusiasm for literature and his love of Shakespeare’s work in particular, which led him, together with his wife Maria, to name their only daughter Marie-Puck, the name being inspired by a character from Shakespeare’s A Midsummer Night’s Dream.

It goes without saying that neither Marcel Broodthaers nor William Shakespeare could ever have been aware of this coincidence surrounding their deaths; however looking back over past events and personal memories it is interesting to observe how chance and serendipity plays an important role in our lives, sometimes even when we are unaware of the significance and consequences of events at the time. It is from this point of view that I am reminded of Broodthaers’s interest in and love of Mallarme’s poem Un coup de dés jamais n’abolira le hasard [A throw of the dice will never abolish chance, 1897.] His friend, the painter Magritte, gave him a copy of the poem in 1945 and it appears to have acted as a link between Broodthaers’s literary work and his art objects. This poem became the starting point for several works by Broodthaers in the early ’70s. He was interested in both the literary and visual qualities of the poem. As well as the words, Broodthaers was interested in the so-called “blanks” on the page, these white spaces which act like a silence that conveys as much meaning as the importance of the image of the poem.

Since his death there has existed the equivalent of such “blanks” in the wider knowledge and understanding of Broodthaers’s life and work, which have mostly been filled by academic and scholarly research rather than the first-hand experience of seeing and knowing his art through exhibitions. His works are in many important museum collections throughout the world, but few have intelligently curated his work, while many seem reluctant or frightened to take on the challenge of exhibiting his work in a contemporary context and in a coherent manner. On occasions his works are treated by some institutions like the relics from a bygone age rather than what they are, the products of a vibrant and complex mind that has given us a heritage that through his objects, paintings and texts expresses a continuous understanding of the nature of the human condition within an expanding cultural context. It would be as if Shakespeare was only understood through scholarly texts and not through the performance of his plays or the reading of his poetry. It could be that the intellectuals of academia and the museum registrars and conservators of this world have hijacked Broodthaers’s work for their own private purpose. 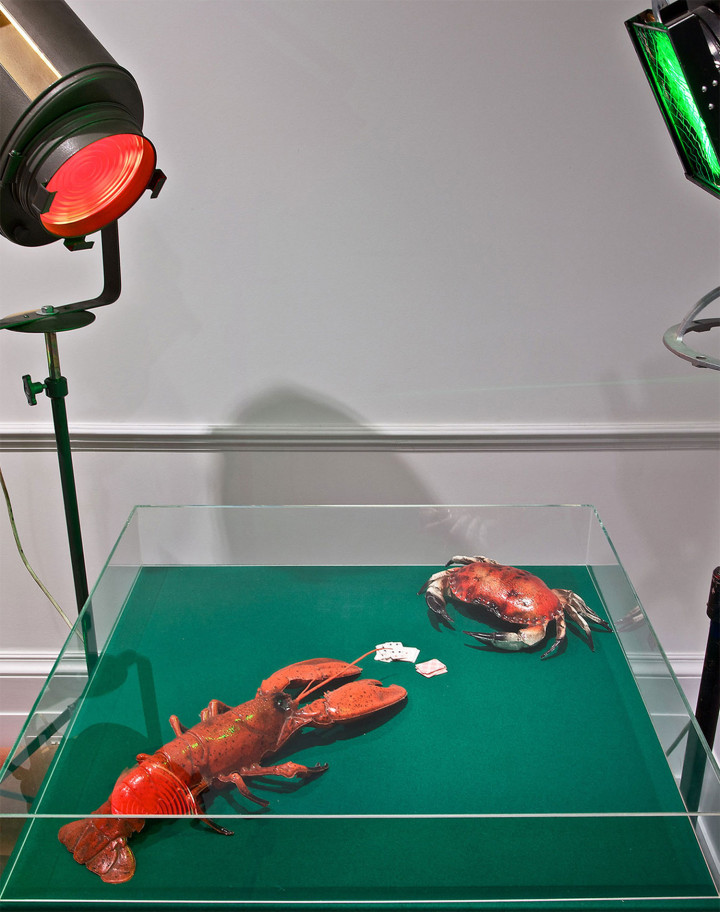 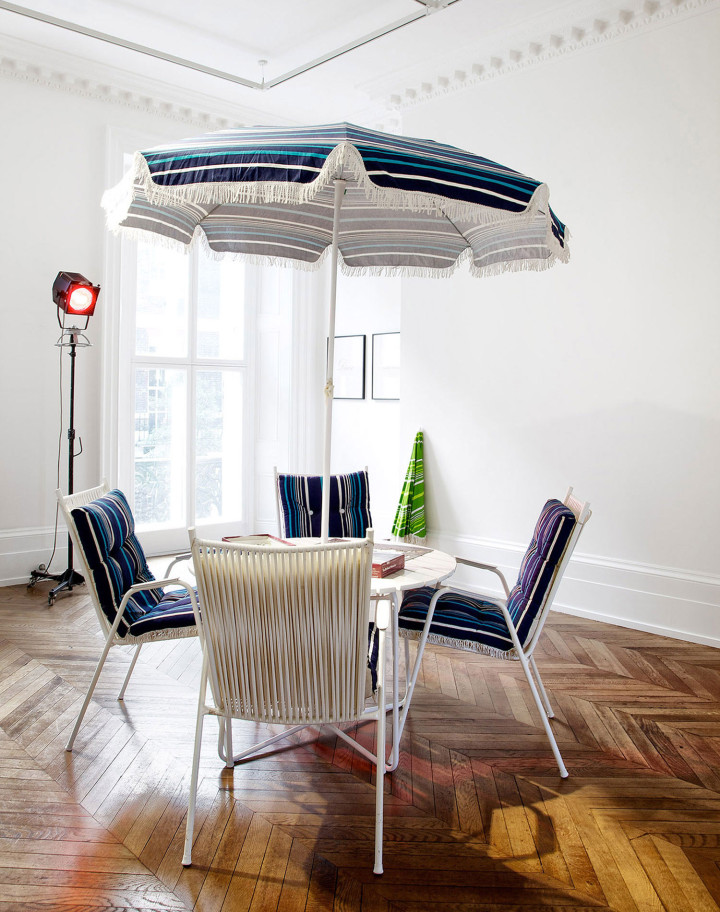 However, there is a profound sense of irony in this “moth balling” approach by museums to the preservation of Broodthaers’s ideas and objects in that much of his work questioned the role of the museum and its place in reflecting contemporary society. In September 1968 he invented the Musée d’Art Moderne, Département des Aigles, which comprised an installation of crates, postcards and inscriptions situated in his Brussels apartment. The Museum was opened with an inaugural speech given by Johannes Cladders, then the director of the Museum in Monchengladbach, Germany, which was followed by a discussion on the role of art within society. In present-day terms this work has acted like a “message in a bottle” washed up on the shore of the future that alludes to the inevitable fate of works of art once embraced in the arms of the museum and the art market. Broodthaers’s working methods and his overinflated reputation for being difficult to work with may, even to this day, put off some curators and museum directors from being involved with his work. Broodthaers was not difficult to work with; the fact was that he was his own best curator. He would refine and refine his ideas until he achieved what he wanted. Working with him was not difficult at all, but it was demanding, so that you had to be patient, hold on to your nerve and closely follow his thinking. He would precisely construct the context of his work within his own conceptual parameters, relating constantly to his intentions and purposes of the exhibition or project as he had conceived it — sometimes putting existing works together to create new, combined, multiple meanings.

My first experience of working with Broodthaers came in the mid ’70s when I was director of exhibitions at the Institute of Contemporary Arts in London. Prior to my appointment to the ICA, their visual arts program was, to say the least, uninspiring, and they appeared to have lost the trust and interest of contemporary artists. At least a year before my appointment I asked Broodthaers if he would do the first exhibition were I to take up the position at the ICA. He said yes, he would! In the meantime he went to live with his family in Berlin as a guest of the DAAD program.While in Berlin, Broodthaers made the film Berlin oder ein Traum mit Sahne (1974), and in February–April 1975 he created the exhibition “Invitation pour une exposition bourgeoise” at the Nationalgalerie, Berlin. During the period between 1974 to 1975 Broodthaers was working very hard and had completed several major projects and exhibitions, which began to take its toll on his already fragile health. 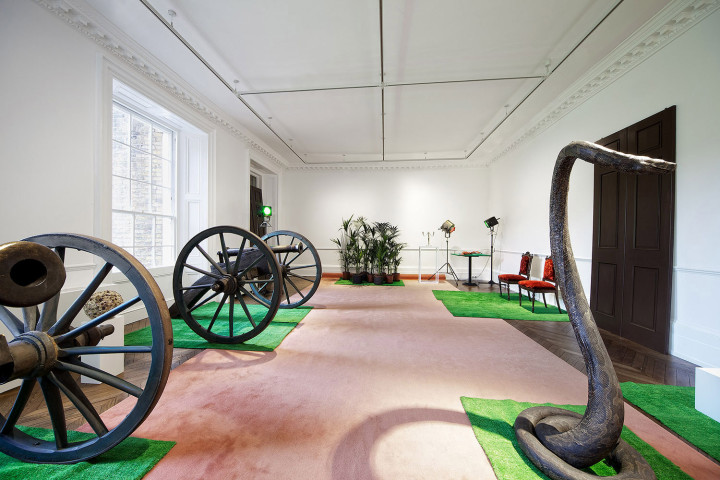 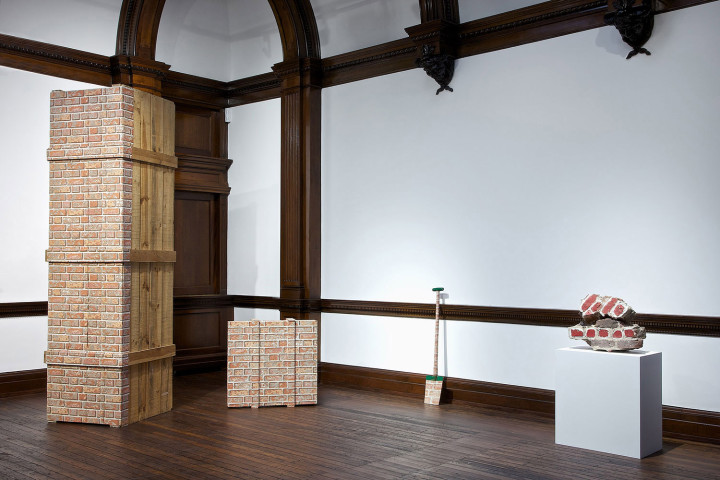 The more time I spent with Broodthaers the more I experienced his creativity and began to understand his working process. I soon realized that Broodthaers, although distancing himself from his past as a poet in order to be an artist, was still a poet by nature and used objects and words to disrupt our perceptions of the world in order to create something unique. He would deal with several themes at once, each having a relationship and dependency to each other and to entirely different works, which together created a matrix of interlocking meanings.

On his return to London from Berlin he arrived in my office one morning looking better than I had seen him for some time. He asked me if I still wanted to do the exhibition with him. I said yes, very much so. “I will do it on one condition,” he replied. “I will do it if you take the risk with me; it could be very good or it could fail.” I was happy to take the risk and I embarked on a journey to assist him with the exhibition “Décor: A Conquest by Marcel Broodthaers” at the ICA in 1975.

In 1968 the ICA moved to new premises in Carlton House Terrace, an early 19th century building designed by the great British architect John Nash, which was situated on the Mall that leads to the Queen’s London Residency, Buckingham Palace. Broodthaers took the historical, cultural, social and political connections of this location as his starting point for his new work. I soon realized that I was not in any conventional curatorial role. I would not be dealing with existing works or trying to secure loans from museums or collecting, but I would be working with an artist who wished to make an entire new work that would be constructed as his ideas progressed through the making of the exhibition. Neither Broodthaers nor myself would see the exhibition until it was installed, but we could both visualize it as his ideas developed and we acquired the necessary objects. It was very much a case of a search for form, a search for meaning. I now knew what he meant by “Would I take a risk with him?” His first request was to ask me to find him two full-sized 19th century canons, one French and one English. At first this seemed an impossible task as I visited museums that had such items in their collections and I was received as if I was somewhat deranged. On one occasion I was refused a loan from the Army Museum in London, and not wanting to again meet with the artist empty handed, I visited the museum shop and purchased a jigsaw puzzle of a painting of the Battle of Waterloo. I intended this as a present for his daughter Marie-Puck. As I presented the present to his daughter at our next meeting, Broodthaers leaned across the table and took the box and said, “That’s really a present for me!” The puzzle played an important part in the exhibition and his subsequent film The Battle of Waterloo (1975). This anecdote is an example of how Broodthaers was always refining his ideas and continually, sometimes up to the last minute, responding creatively to a new and unexpected set of events.I eventually found a company that hired props to film companies where we found all the items that Broodthaers needed for his “Décor” including two authentic 19th century cannons, one English and one French. For Broodthaers it was very fitting that we had found all we needed, and much more, from a company that supplied the professional film industry. 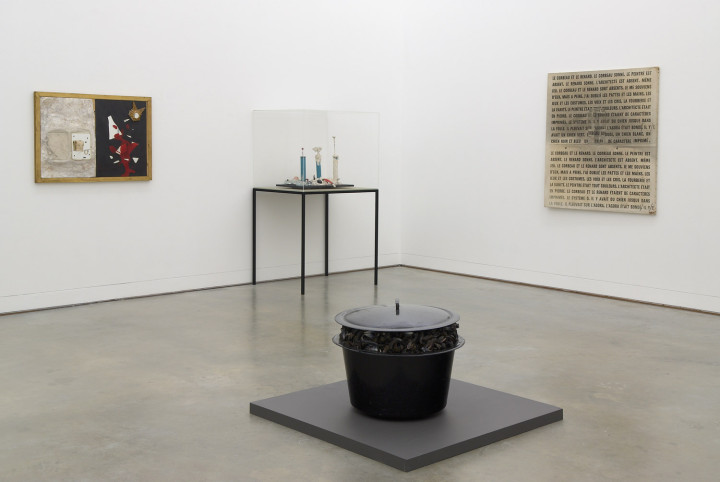 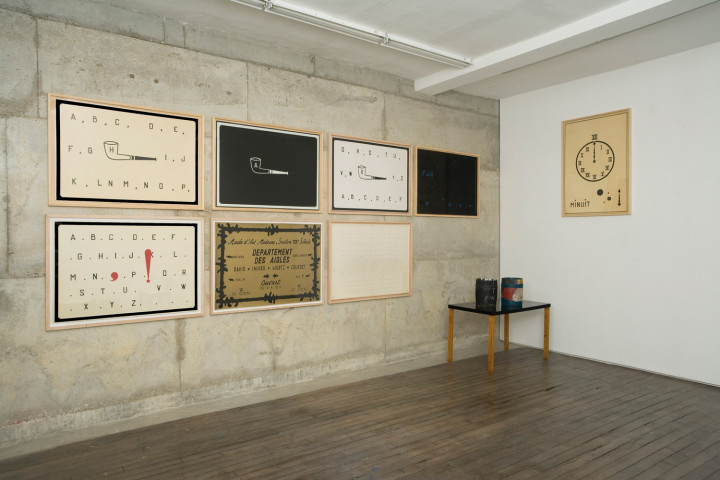 It was at this time I understood that Broodthaers’s use of the word “Décor” was directly related to the French meaning of the word, that of a “film set,” which was different to the English derivation, meaning decoration, and subsequently that arbitrary art-world term, “installation.” The exhibition “Décor: A Conquest by Marcel Broodthaers” was in terms of the artist’s intentions to be primarily a film set, which included the live event of Trooping the Colour that commemorated the Queen’s official birthday, to be performed in view of the galleries at the ICA during the duration of the exhibition. This ensemble became the subject of his film The Battle of Waterloo. Subsequently in conversations I had with Broodthaers after the exhibition opened and while he was making and editing the film, he focused on the future and his further interests. He told me that once he fulfilled his commitment to the exhibition “L’Angelus de Daumier” at the Centre National d’Art Contemporain, Hotel Rothschild, Paris, in October 1975, he would give up making objects and exhibitions and concentrate on making films. Sadly, the Paris exhibition was his last and he died in Cologne on January 28, 1976.

So Broodthaers left behind poems, objects, paintings, books, but much more in the form of a living heritage. Over his lifetime he worked long and very hard to enrich our cultural and intellectual life for very little financial reward. It is now for those who have known his work for a long time and those who are interested but new to it to keep his work fresh and alive for a forever-expanding contemporary audience.

Even during his lifetime, and particularly now, Broodthaers has been difficult to categorize; he has never fitted easily into Surrealism or Conceptual Art. Although very much an international figure in the art world of the ’60s and ’70s, he has since remained an outsider who even since his death has contributed to our understanding of the world of ideas. In his own words: “It is possible to grasp reality as well as that which reality conceals.”

Roselee Goldberg: There is much excitement about your forthcoming Performa Commission, inspired by your rehearsals in Yokohama last month. Yeondoo…

As soon as my dad told me I needed to make money and thus get a job, I found myself…

Simon Castets: In a recent text, you described your practice as a way to convey the sense of freedom you… 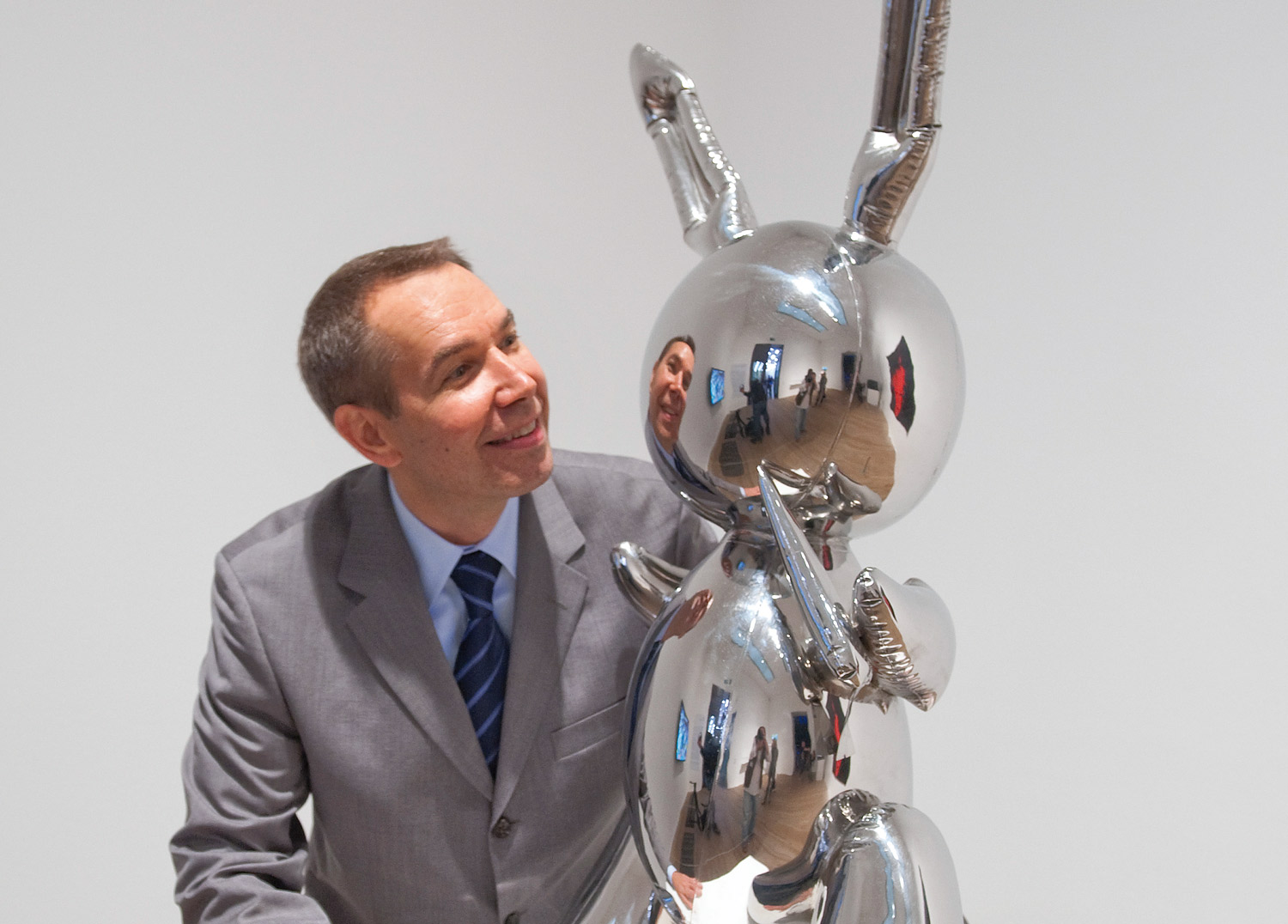 With his September 2008 auction at Sotheby’s, Damien Hirst cut out dealers and other art world middlemen, and went straight…