Jade Niklai: Your practice reminds me of the ancient art of storytelling. Fact and fiction are consistently interspersed with meaning and interpretation, and the artworks often relate to accompanying texts. Is storytelling a typically Cuban cultural practice, or is it more of a personal approach?

Diango Hernández: Especially when I prepare solo exhibitions, short stories, which are mostly related to autobiographical matters, become relevant for my process. Articulating facts that belong to personal experiences and mixing them with fictional elements allow me afterwards to create “rooms” and objects that are interconnected in a sort of narrative, which then can lead both myself and the viewer toward a specific dramaturgy. I won’t say storytelling is a particular Cuban approach. It’s something that comes from my fascination with literature rather than from any particular cultural background.

JN: Your work is by and large interpreted as a reflection on personal memory and the collective history of Cuban life during the ’80 and ’90s. You have been living abroad for over eight years now — first in Italy and Spain, and since 2003 in Düsseldorf — and your work also takes you around the world regularly. How do these experiences inform your artistic practice?

DH: In the late ’90s, a more experienced artist friend of mine asked me two questions: “Could you imagine living abroad?” and “Can you imagine how this would affect your work?” These questions were often the topic of discussion among Cuban artists. No one really knew at the time what to say objectively about it. But there was a general fear of losing your “artistic sources” and your references once living abroad.

JN: Your residency at Blood Mountain Foundation revealed a very personal working process that comprised tireless weeks of looking, finding, assembling and interpreting. Does this method change from project to project?

DH: The residency was a very joyful and interesting process. I had the opportunity to get to know Budapest through people who are fascinated by the city. Under this prism I was confronted by beautiful discoveries. I felt so comfortable in Budapest that at the end I was practicing what I do on a daily basis in Düsseldorf. I could not say it was similar to any previous residency I have done. 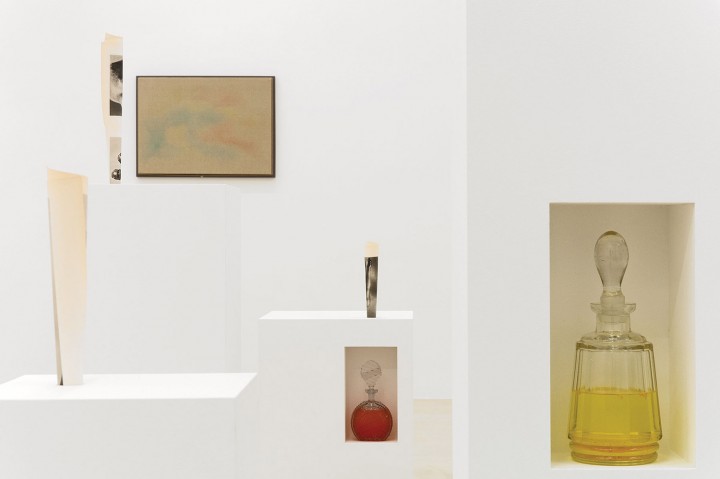 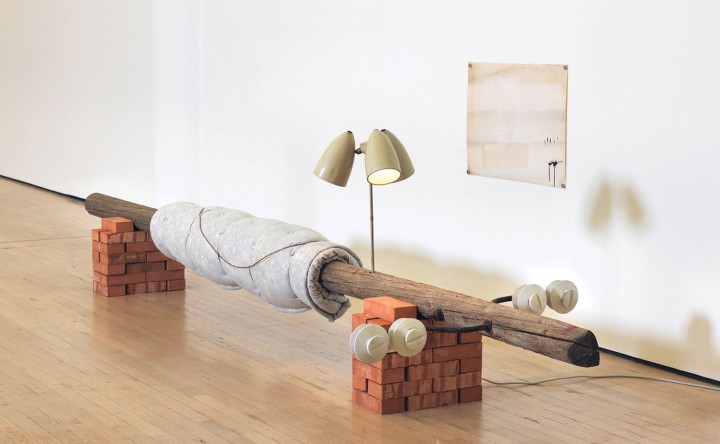 JN: You have talked in the past about the importance of omission rather than addition in your work.

DH: In general, I consider omission more important than addition, especially when it comes to defining a piece or a space I am working with. Nevertheless, this is something that is more acute in some projects than others. Omission for me is related to silence, and addition to noise. In many cases, I like to keep quiet and to bring to the space more silence than noise. Silence is a very powerful thing when it is used in the right way. When silence becomes a strong and physical “material” like marble, it is able to amuse and challenge us in a very special way.

JN: Your works always consider the exhibiting context. This is especially true for your installations. Do you work exclusively on commission or do artworks come to life in their own space and time?

DH: I work in different ways, and this changes often depending on the way the exhibition has been planned and organized. Ideally I like to work from my studio and to prepare as many elements as I can by myself. This is not always possible, especially with installations, which can be dramatically affected by institutional logistics, budgets, etc. In these cases, I work onsite and then the output is the result of many “accidents.” Sometimes I feel comfortable doing this, and sometimes it is terribly stressful. Nevertheless, it is hard to say for me when an artwork has had its own space and time, because I am convinced that what comes out of my studio is an art piece; the rest all belongs to the process.

JN: Your process is at once old school and contemporary: you look for objects in flea markets and on eBay, you are accustomed to installation, but find drawing fundamental to your thinking and practice. How do you marry these distinct approaches? Are times when one dominates?

DH: I think drawing is one of the most beautiful things that we can all do. It can defy physics, logic and all the reality that exists every day in front of our eyes. In this sense, drawing, painting and installation are all the same for me; they are all elements of the “big drawing” that I want to draw with my work. A drawing where times-spaces-histories-geographies-ideologies-impossible-dreams are all together, sometimes as lines with ink and sometimes as an incomplete wooden chair.

JN: While much of your practice is nonfigurative, it is hugely “human” in its tone and appearance. Many of your installations reflect on the animate lives that once inhabited the objects.

DH: The values I grew up with were all based on the belief that humans are the center of everything. There is nothing more important for me than the human. As you know, growing up in a socialist country implies the absence of religion, so I belong to a generation in Cuba that never entered a church until adulthood. Neither my friends nor I practiced any form of religion. Even now, when I question what kind of role humans play in a socialist society, I still think that all we were doing as a society was to improve humanity’s well being.

JN: You have talked about the important distinction between the “home” and the “studio;” specifically, how private and intimate the latter is to you. Do you think this is because of or despite your years of traveling?

DH: I have established the studio as a private space. I want to keep this space as “pure” as possible. I want to keep it far from the influences of people that can contaminate my thinking environment with their wishes and transitory opinions. I believe that nowadays the artist needs to protect his or her working environment; there are many ways to communicate what we do without the necessity of opening the studio doors to strangers. I need to work in a very isolated situation, and the studio is the only space that offers me a way to be inside my world and not in a particular country or city. Traveling bothers me. I prefer to be at home, yet I know travel is extremely necessary and I do it a lot. But this is not the reason why I keep my studio out of the “entertainment package.” I sometimes collect art, and I have in my collection some photographs of early 20th-century artist’s studios. These spaces fill me with mystery.

JN: Your artistic practice started off in a Cuban collective called Ordo Amoris Cabinet [The Order of Love Cabinet], and from time to time you work with artist Anne Pöhlmann; you also collaborated with Mouse on Mars (Sun State). To collaborate is an enriching but potentially difficult undertaking. Do you find yourself in the position of “director” in these circumstances, or do you give full artistic license to your creative partners?

DH: I have played different roles in each of these collaborations. Sometimes you are the one “talking,” and at other times you are just “listening.” I have learned that to collaborate means to give away a part of you. In working together, the roles are strictly defined within the perimeters of the collaboration. That’s why I prefer to think of an intellectual collaboration as a model based on dialogue, rather than production. Production usually brings the old dilemmas to the forefront: this is a model that can be very destructive between the one who thinks and the one who produces the object. I am not a director. I love freedom, and despite being in control, in a real intellectual collaboration, if you need a director then the collaboration has already died.

Jade Niklai is the founding director of Blood Mountain Foundation in Budapest.

Diango Hernández was born in 1970 in Sancti Spiritus, Cuba. He lives and works in Düsseldorf, Germany.