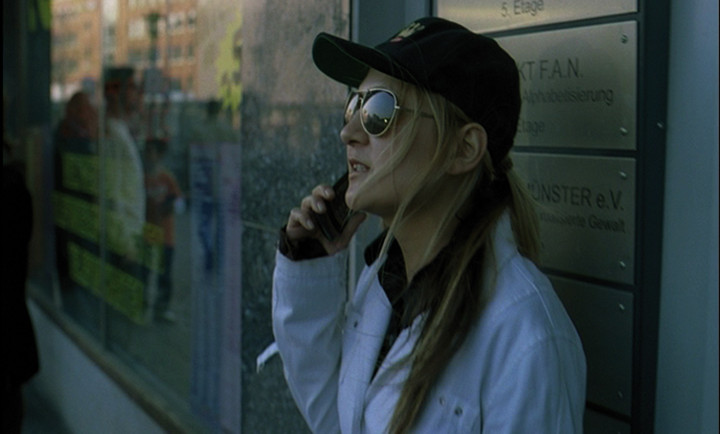 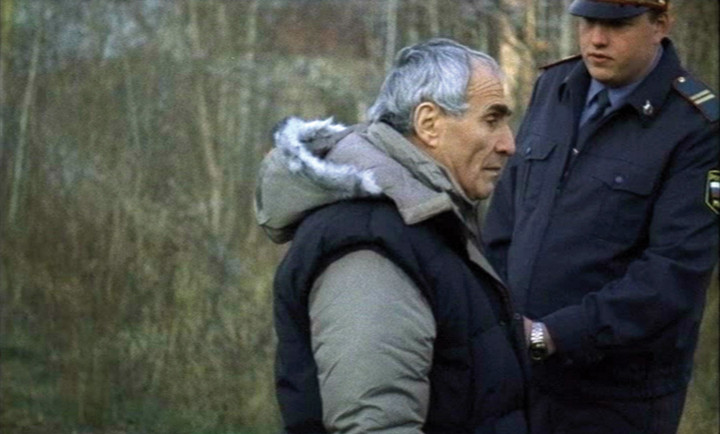 Clemens von Wedemeyer makes films. Which is not to say that he makes cinema. He does frequently work with cinematic strategies and motifs, but tends to thrust such references into the context of art, cross-cutting them with art’s viewing and image traditions. “Art and cinema are different languages, but they are related,” von Wedemeyer once said. “I am interested in both languages. Taken together, they make it possible to devise a practice that opens up space for new investigations. I use set-pieces made up of possible film languages, sometimes from Eisenstein’s films, a tracking shot that Godard could have used — these are tools for seducing and seizing power over our bodies and the way we look at things. They work with the memory of something one thinks one has seen once before — that is what I am particularly interested in: looking into the dark pool under the screen where memories of all films lurk.”1 Von Wedemeyer does not just bring film memories to light by linking art and cinema, but creates new access to reality. The gap identified by this difference is the actual aesthetic-argumentative location from which he develops his film language. He turns internalized forms of filmic fiction into instruments for looking by restaging them; by refracting them through documentary strategies, for instance. In this way he creates a plane of references to reality which  has fiction discernibly woven into it. Von Wedemeyer does not make documentary films, but he often borrows their conventions so that they can be used as potential for fictionalization. “Fictionalization is extremely important for me,” he says, “everything shot with a movie camera fails to do justice to the place one is filming. Documentary films claim to represent the truth. By fictionalizing I intend to make it clear that things cannot be as I show them. I try to open up a gap between what I show and what actually is. The viewer then has to fill that gap.”2 His work goes beyond quoting codes, von Wedemeyer gains a precisely defined alien quality from such references that remain disturbing and strengthen the pictorial element.

For example, by creating contradictions: “When I use a familiar filmic expression, it enters into a state of conflict with new subject matter,” says von Wedemeyer. And he explains this in more detail with reference to his film Silberhöhe (2003): “These authors interest me, because they stand for a certain style (camera, editing sequences). What happens if it is filled with new gestures? When Antonioni filmed in the fascist modern satellite city near Rome [L’eclisse, 1962], it was not yet developed. Yet there was an uncanny and unsettling impending threat in the early ’60s: the end of economic growth. A premature end of this worldwide structural change is evident in Halle-Silberhöhe, in East Germany. My point was to look at the destruction with the eyes of the construction.”3 Antonioni’s psychodrama diagnoses the growing emotional coldness of modern societies, depicts crumbling love affairs, while concrete fortresses are going up as a backdrop to the film — accommodation bearing the hallmarks of a utopia interpreted via isolation here. Antonioni and von Wedemeyer address a postmodernist concept of urbanism from different perspectives, and Silberhöhe — a film produced as part of the Shrinking Cities project — also addresses the distance between the two points of view. The reference starts even on the formal plane: the desolate proliferation of housing in L’eclisse leads to a bright shot at a very high aperture, a visual dissolution into light, as it were. Silberhöhe picks this up by starting with a nocturnal thunderstorm, showing an inhospitable slab construction housing estate lit by lightning flashes. This is not fiction: the district was built between 1979 and 1989 for 40,000 residents, and had lost over half of these since the fall of the Berlin Wall in 1989. The characteristic feature is the way von Wedemeyer explores and fictionalizes reality. The camera’s eye passes through the desolate site, showing impressive, depressing images of a dying city in almost painterly opulence: heavy demolition equipment moves in, inside walls crack, outside walls explode and crumble. Destruction is recorded objectively, but the focusing often celebrates it. The images are simultaneously matter of fact and dramatic, and demonstrate how von Wedemeyer uses the fictionalizing potential of the documentary: on the one hand, these images are far too unwieldy, scarcely fit together to produce a plot that would involve viewers in a fictitious story. On the other hand, it is precisely this reticent persistence that makes them strong: von Wedemeyer’s films make “the image emerge as an event.”4

In works like Rien du Tout (2006) this is combined much more strongly with reflection on film-making itself. This film was made jointly with Maya Schweizer, and its sparse dialogue is modeled on Beckett’s plays: a woman director wants to make a film about the Middle Ages and is looking for amateur actors in the suburbs of Paris. The film is structured by developments and counter-developments: the casting in the theater auditorium is now concentrating on a single person, and the rest of the applicants are bored and drifting into the nearby car-park. The events in the theater grind to a halt, the director and her assistant start to quarrel, and the candidate on the stage becomes a rigid extra. The more the events in the theater fade, the more the car-park becomes the scene of the actual plot, leading to a spontaneous party involving the “superfluous” performers. The reflective process of the “film within a film”, i.e. addressing and revealing film or stage situations in the film itself, is one of von Wedemeyer’s core themes. The sophisticated game with fault lines between apparent reality and actual fiction, already the structural principle in his first work Occupation (2001/02), is handled with even greater complexity in Rien du Tout. Similar semantic entanglements were created even in Occupation, but also in Big Business (2002) or Otjesd (Leaving), 2005, by the fact that von Wedemeyer issued these films with a “Making of” version of equal caliber at their side: elements he reveals as production conditions have new narrative superimposed upon them at the same time. Rien du Tout can be read as an attempt to build the “Making of” principle into the film’s plot structure directly.

Von Wedemeyer’s most recent film Metropolis, Report from China (2006) again addresses urban themes more strongly: focusing on rampant architectural Utopias in today’s China, he links documentary material with excerpts from Fritz Lang’s Metropolis (1927). Belief in progress and fantasy, reality and fiction become involved in unpredictable entanglements and referential loops. Von Wedemeyer’s films are stamped through and through with the insight that “fiction precedes any subjects.”5

(Translated from German by Micheal Robinson)

Jens Ashtoff is an art critic based in Hamburg.

Clemens von Wedemeyer was born in Göttingen, Germany, in 1974. He lives and works in Berlin and Leipzig.

The female body, in all its potential fantastic proportions, obsesses Mika Rottenberg. Her eccentric videos have featured body builders, dancers,…

Andrea Bellini: Let’s start at the beginning. Is there a real beginning? What are the moments and the intuitions that…