Umberta Genta: Do you have an obsessive personality? I can’t help wondering about it when I look at the extreme perfection of your work.

Charles Ray: I would say someone might say that I was obsessive, but really I am not.
I have discipline and persistence. Obsession is undisciplined and mindless, two qualities that are out of place in good artwork — or any work, for that matter.

UG: Does your meticulous approach manifest itself in your daily life?

CR: It depends upon what vantage point you view me from.

UG: Compared to other artists, your output seems very thoughtful but also very spare. Is that a function of being a perfectionist, or is it more of a deliberate production strategy?

CR: My sculptures are born from a personal necessity to create and communicate; other aspects of this drive are secondary.

UG: Do you think this “slower” output has had an impact on your career?

CR: Aspects of my previous answer address this question. My output follows the essence of my sculptures. Output and production are not strategies; they are necessary or rather emergent qualities of my relationship to work.

UG: How do you know when a work is finished?

CR: That’s a good question. In the past many people have commented that I am slow.
I have often thought that I take a long time to produce a work. Recently I am beginning to understand that one does not necessarily have to take time but can use time to create a work. If you want to think of time as a river eroding stones, you can begin to see how time itself can be used to create a sculpture.

UG: From your earliest works to Oh! Charley, Charley, Charley (1992) to more recent pieces such as Light From the Left (2007), your own image reigns supreme. When researching your work, I sometimes couldn’t distinguish you from your sculpture! Has anyone mistaken this for mere narcissism?

CR: I’m sure they have, but I never make that mistake myself. They are sculptures and they are directed towards viewers, and that structure between the work and the beholder breaks the mirror of self-absorption.

UG: It must be challenging to reproduce yourself so realistically. Have you encountered any difficulties?

CR: No. Realism is structural rather than emotional. 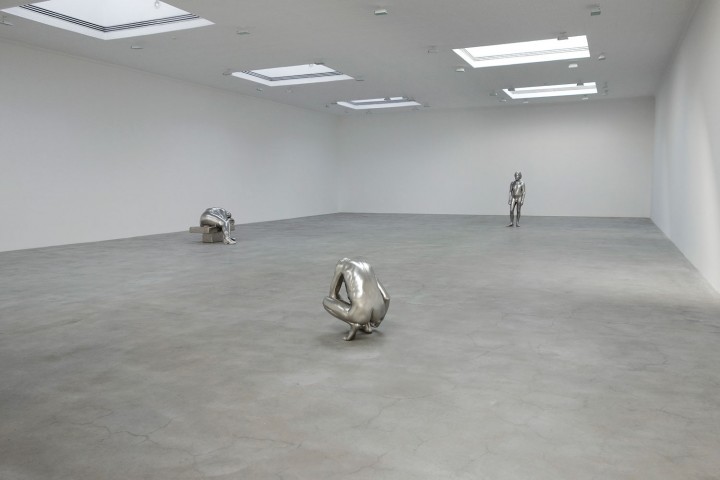 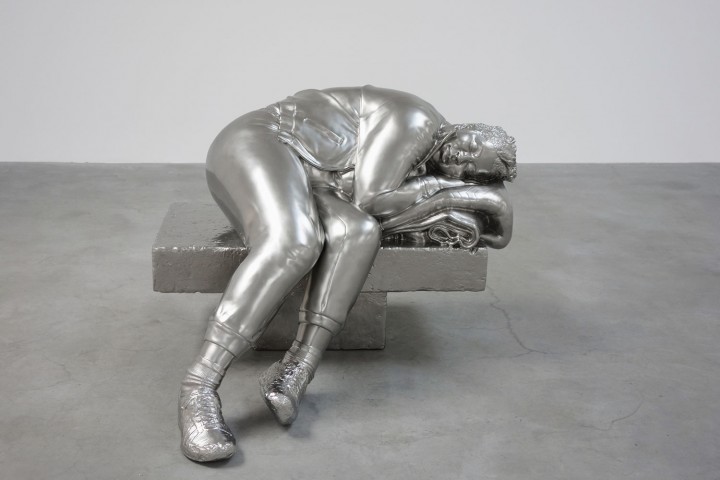 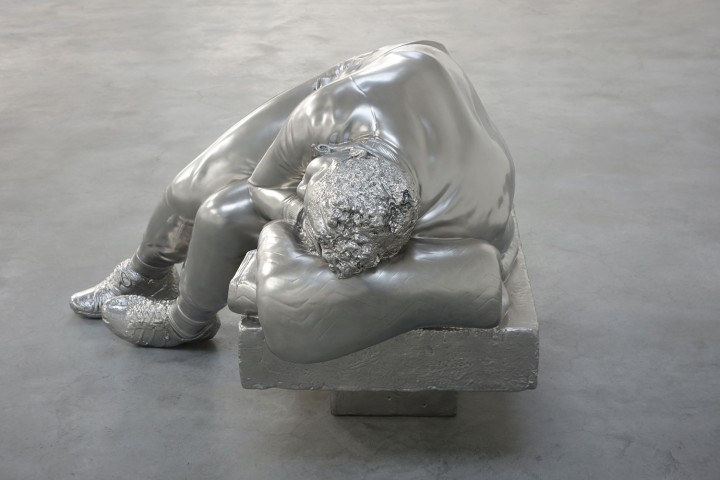 UG: I recently spent a little time in L.A. My impression was of a place where much of one’s life is concentrated around the home. Do you think that’s accurate? Why are you based in L.A.?

CR: I’ve always tried to live near water. I grew up on lake Michigan, and when I came to LA I gravitated towards the beach. I now live a few short miles from the Pacific.

UG: I see a shift in your work from expressions of completed actions to incomplete actions. One of the new works at Matthew Marks is a man lacing his shoe, but there’s no shoe. Do you want viewers to complete these actions in their minds?

CR: No, my sculptures are seldom only about the spark of inspiration that ignited them. Shoe Tie (2012) came from an idea I had about a ghost. I do not believe in ghosts, but if they did exist and a ghost wanted to tie his shoe he would not need to have a shoe. This simple observation led me on a path or trail to make this work. The act of making the sculpture and the sculpture itself create a sort of meaning machine that, when the work is good, is hard, if not impossible, to turn off.

CR: I disagree that the sculpture you are referring to depicts a giant woman. It simply transforms the viewer into a very small person.

UG: What does a subject need to embody in order for you to feel motivated to create its sculptural version?

CR: It does not really work that way. The true nature of the subject is rarely there at the beginning.

UG: In some of your works depicting boys, Boy with Frog (2008) especially, I get the sense of being in a transitional state — of being on the cusp of adult consciousness. I guess this consciousness happens at different ages for each of us. What do you recall about being a boy, and what meaning do you attribute to that period of your life? Do you see yourself in that boy?

CR: I don’t see myself in that boy, but I certainly look for the boy that I no longer am. The other day I was fondly thinking of a particular mistake I made as a young kid. It was then that the impossibility of time travel finally came home to me.

Charles Ray was born in 1953 in Chicago. He lives and works in Los Angeles.

Maurizio Cattelan: This might not be the best way to start, but I have to ask you, what’s with all…

It was the early ’70s when Henry Kissinger referred to Bangladesh as an “international basket case,” which in turn was…

Lucy Rees: How did you first become interested in miniature painting? Tell me about your training. Imran Qureshi: When I first…