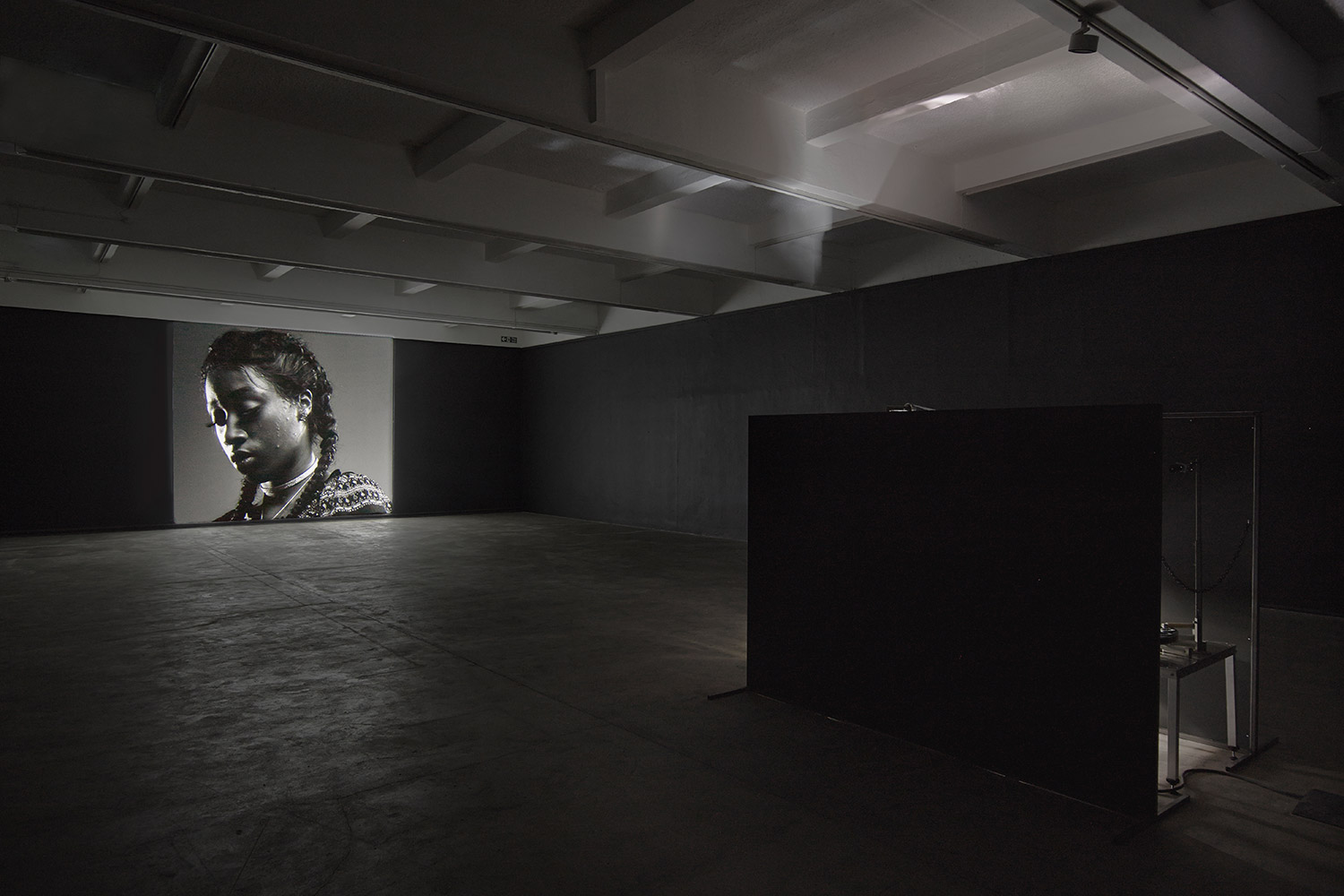 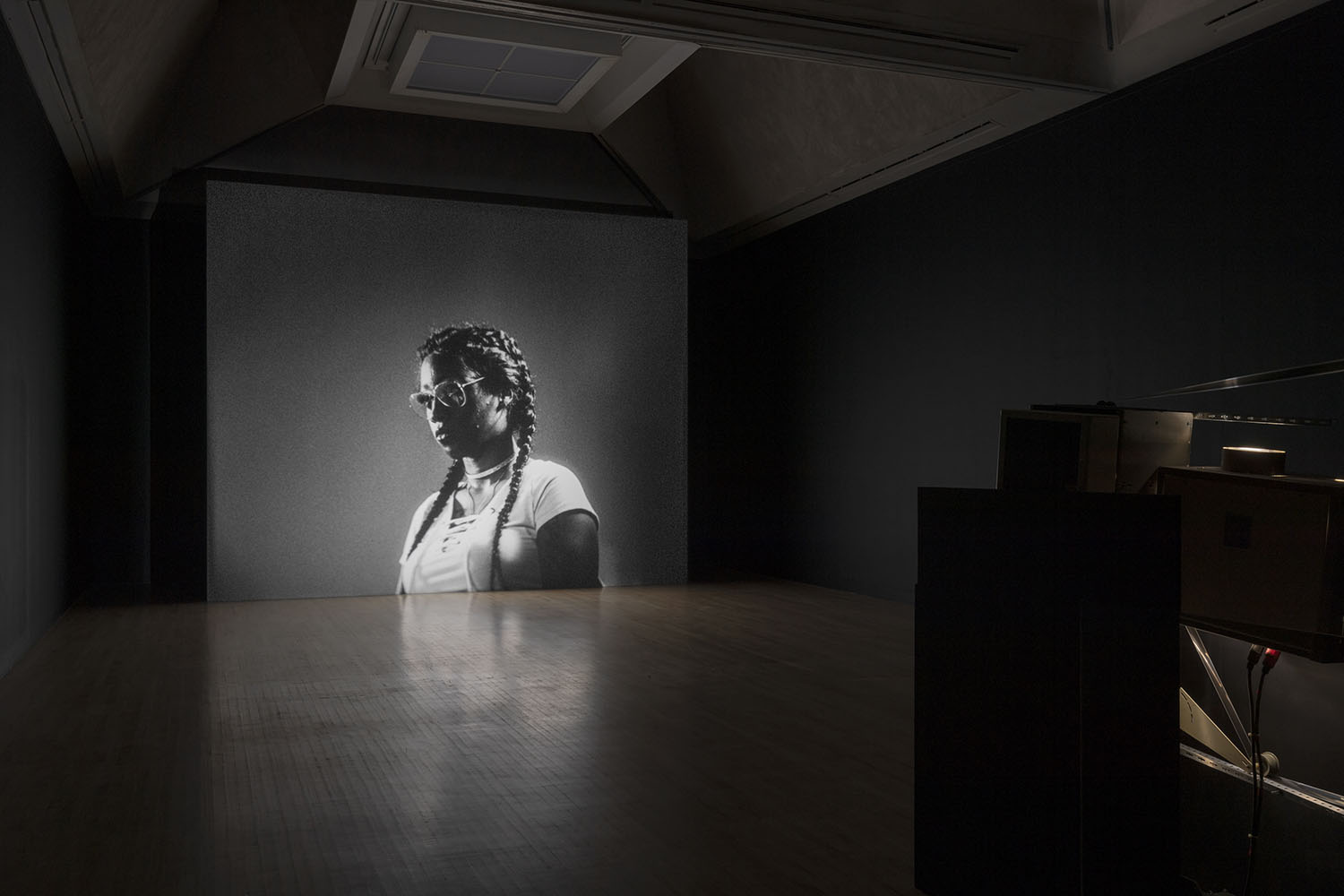 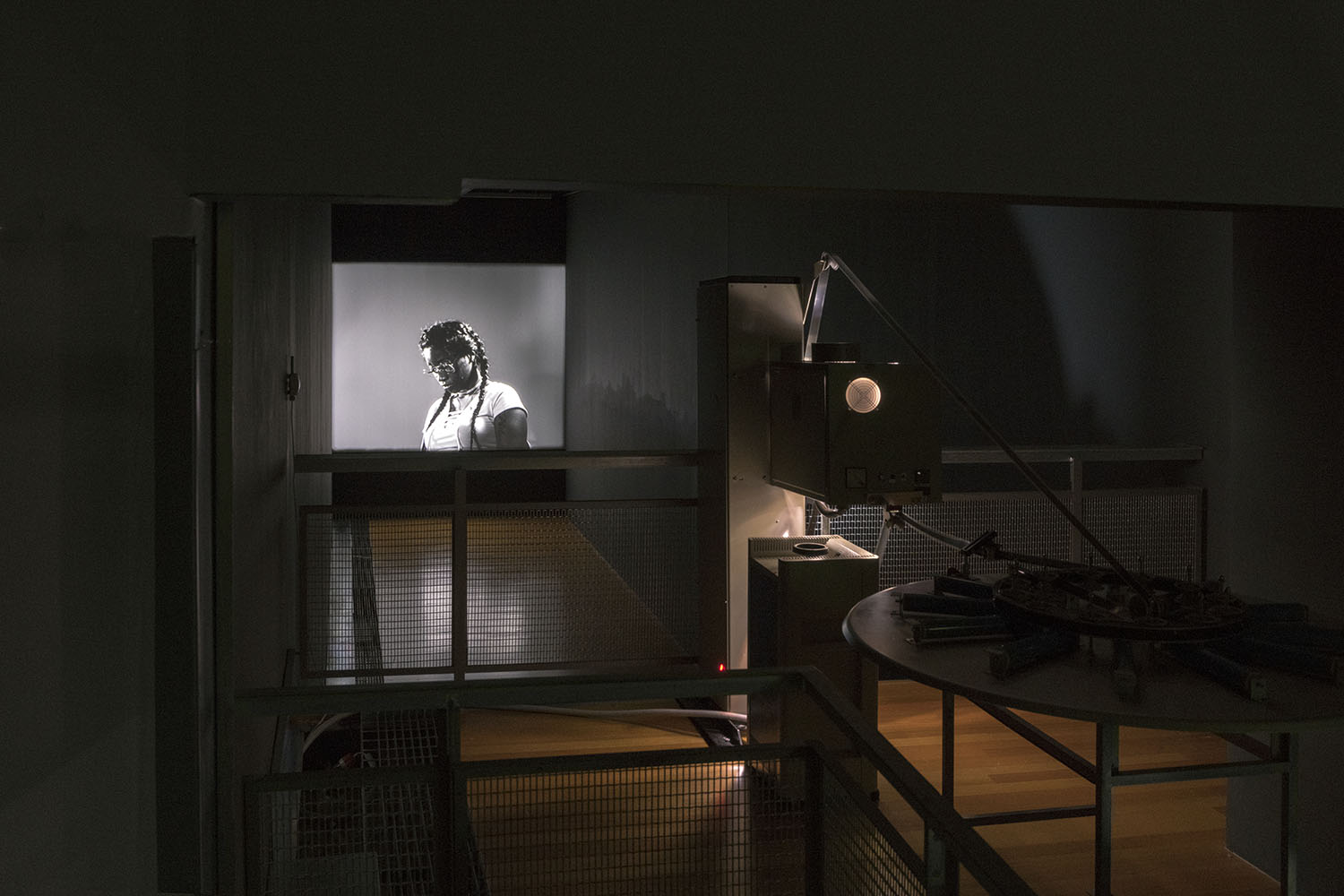 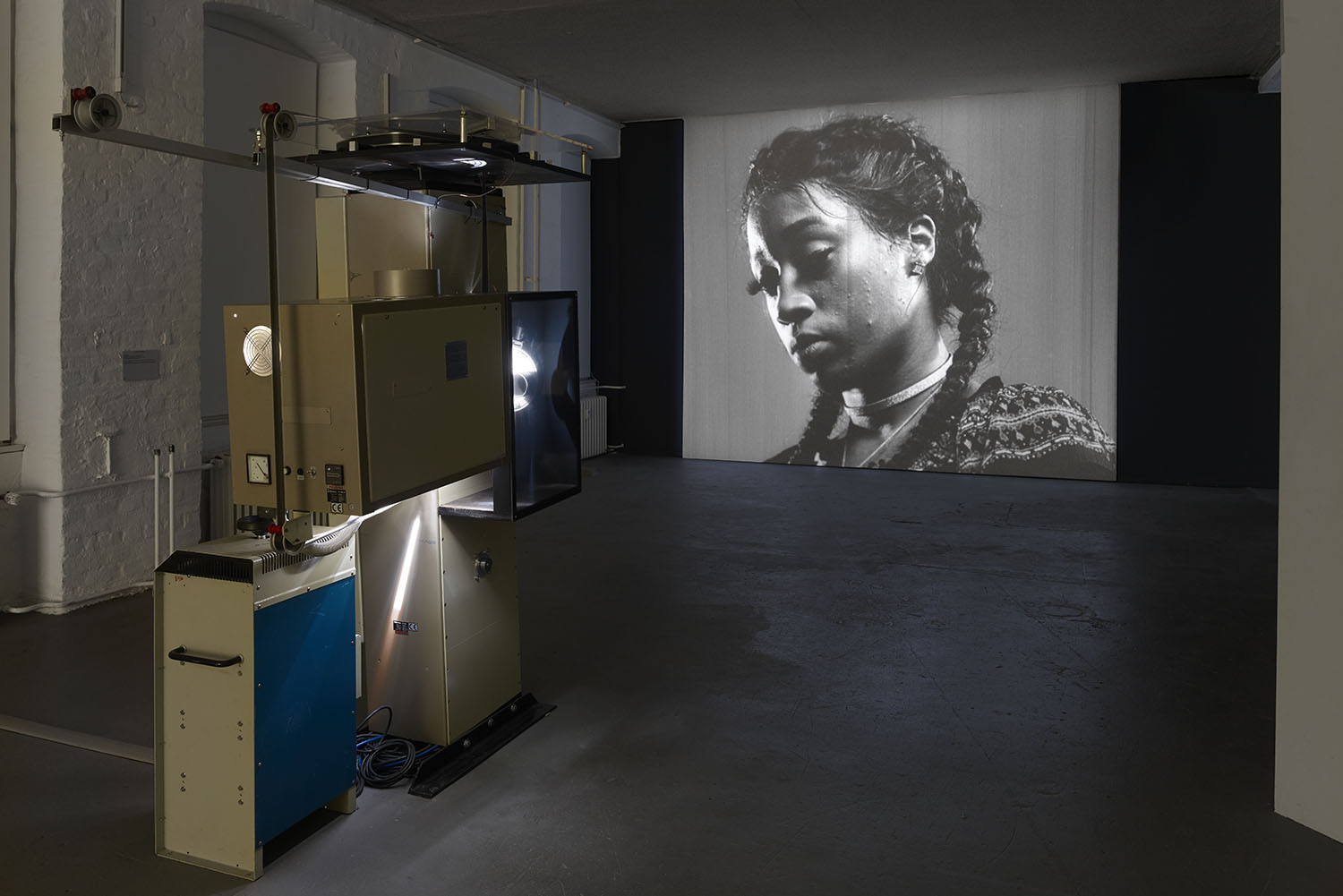 The right to look or the right to look away? Who chooses to look and who chooses to look away? What or who gets seen, and what or who gets silenced or goes unheard in the process? I’ve been ruminating intensively on these questions as part of a book project I’ve been working on over the past year. It’s a project that considers the nature of our encounters with blackness in contemporary art. It tries to understand how the work of certain artists challenges us not merely to look but to witness, and in the process provides a very different understanding of black life in our contemporary moment. It is an active and participatory encounter with what I’m calling a black gaze.
A black gaze does not describe the viewpoint of black people. It is not a gaze defined by race or phenotype. It is a term I use instead to describe a particularly challenging point of view that confronts us with the precarious state of black life in the twenty-first century. It is a gaze that transforms this precarity into creative forms of affirmation. It repurposes vulnerability and makes it (re)generative. In doing so, it shifts the optics of “looking at” to an intentional practice of looking with and alongside. A black gaze does not allow viewers to be passive to its labor or impassive to its affects. It is a gaze that demands work. It demands the work of maintaining a relation to, contact and connection with, another.
The black gaze I am describing should not be confused with empathy. It is not a gaze that allows you to put yourself in the place of another, nor does it allow you to presume you share another person’s experiences or emotions. It’s not about sharing the pain or suffering of differently racialized subjects. It is recognizing the disparity between your position and theirs and working to address it. It demands the affective labor of adjacency. It is the work of feeling done both in spite and because of these differences, and choosing to feel across that difference rather than with or for someone living in very different circumstances.
The room is empty except for a massive projector at the center of the room. Its sizable scale dominates and intimidates anyone present in the vacuum of the space. Yet despite its imposing physical presence, its fullest impact is aural and sonic. While the film itself is silent, its visuality is permeated by the rhythmic monotone of a projector that suffuses the space with a rapid mechanical clacking. Its insistent drone amplifies the image it projects and simultaneously engulfs.
The figure on the screen is a black woman with long braids that rest on shoulders covered by a T-shirt. Just below her cropped sleeve, her arm provides the only hint of identification through the tattoo that clads it: Philando. The grainy black-and-white composition of her celluloid presence gives heightened definition to the sheen of her face, the texture of her skin, and the taut weave of her plaits. Her movements are surprising as her almost photographic stillness gradually transforms into subtle, gentle, and affecting motion. Chin held high looking upward; chin bowed with eyes cast downward; glasses skimming abundant eyelashes; absent glasses revealing soulful eyes.
autoportrait (2017) by Luke Willis Thompson is a silent portrait of Diamond Reynolds, whose live Facebook broadcast while seated in a car next to her partner Philando Castile, in the immediate aftermath of his murder by officer Jeronimo Yanez in Falcon Heights, Minnesota, offered a chilling account of one of a seemingly endless series of brutal killings of innocent black men and women at the hands of law enforcement. The artist describes it as an alternate response to this remarkable act of witnessing, as a “sister-image” or second broadcast, “where her survivability is the subject of her performance.”1 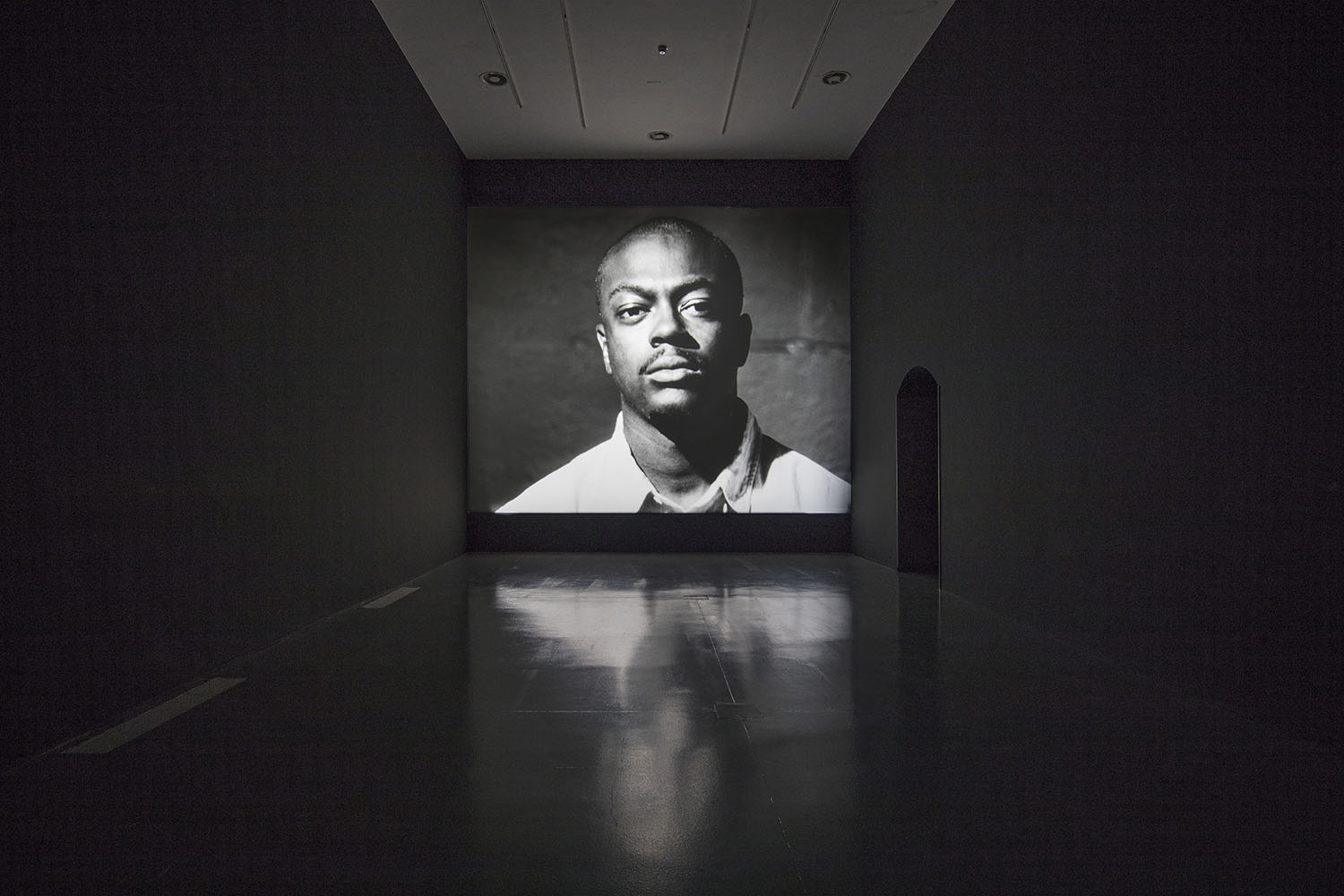 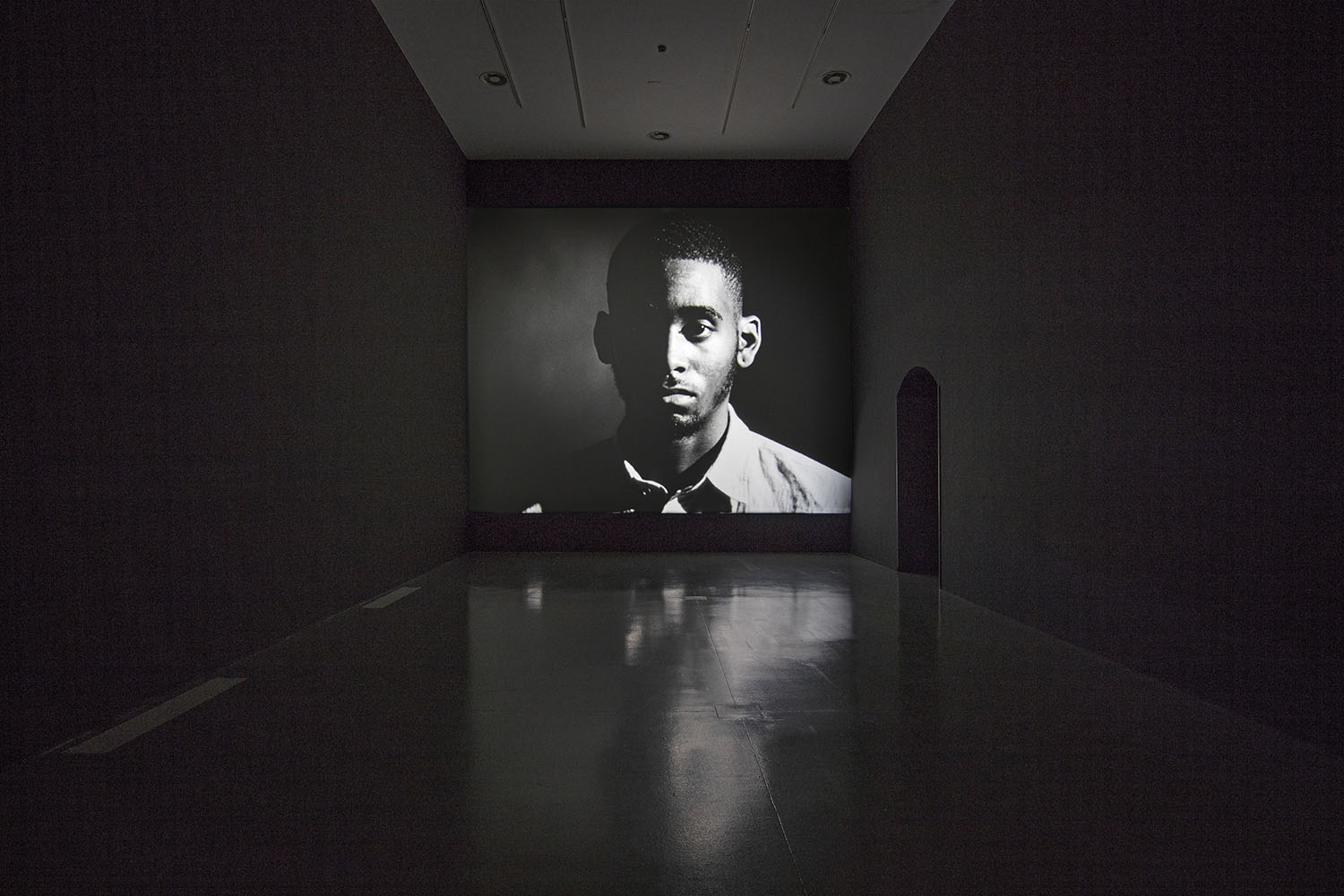 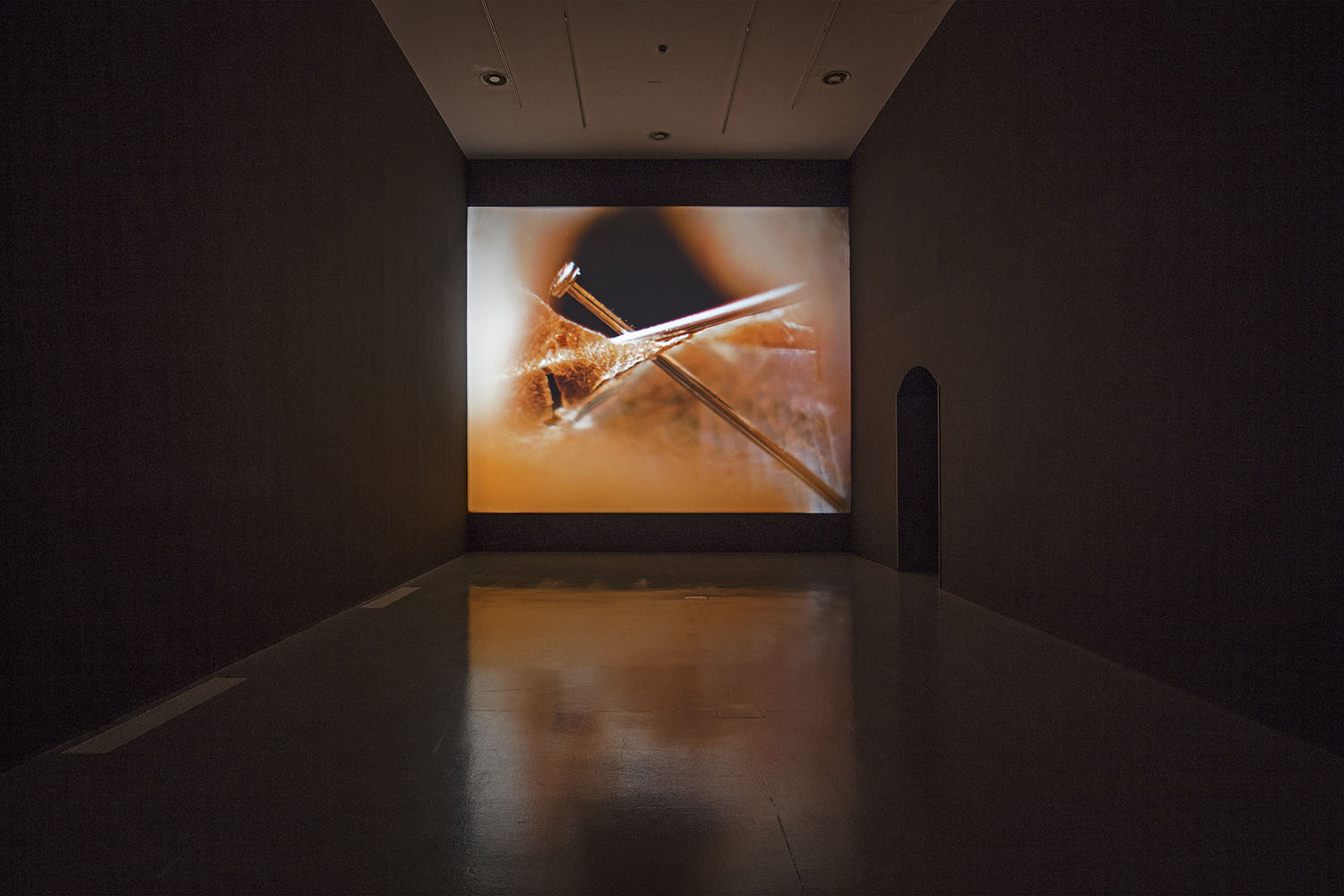 While she never eyes us directly, the black gaze of Diamond Reynolds captured so powerfully in autoportrait demands quiet yet arduous labor. It demands we partake of the labor of listening to her quietly enthralling image. As Scammell rightly emphasized, Reynolds’s act of defiance was her refusal to remain silent. Yet autoportrait renders her neither speechless nor silent. In Thompson’s carefully constructed image, Reynolds delivers a devastating critique through a resounding frequency of quiet that wrests our undivided attention.
Neither a gaze of identity or empathy, the black gaze that emerges in autoportrait produces discomforting forms of labor that refuse to position white spectators as the subjects of its gaze. It is a gaze that centers the black subject and inverts dominant definitions of “the gaze” that focus on white male desire as the privileged, if not exclusive, perspective of cinema. It reconfigures this dominant gaze by exploiting white exclusion from and vulnerability to the opacity of blackness, in the process demanding a very different kind of labor of its viewers.
Far from the satisfaction of identification with someone less fortunate, less secure, or utterly precarious, a black gaze demands that we feel the discomfort of being better off and doing the work of making that discomfort generate a different outcome. It requires us to feel beyond the security of our own situation to cultivate instead an ability to confront the precarity of less-valued or actively devalued individuals, and doing the ongoing work of sustaining a relationship to those imperiled and precarious bodies.
The haunting chorus of black gazes assembled in “Hysterical Strength” is in fact a collaborative portrayal of quiet refusal — a refusal to be silenced or to accept the status of disposability. It is a refusal to accept words or speech as either adequate or commensurate to the gravity of their losses or the monumentality of the crime of devalued black life. autoportrait, in particular, forces us to engage with a black woman who overwhelms us through her reserve, control, and containment. It forces us to reckon with the everyday labor that black women have mastered since captivity — carrying loss with dignity, mourning in plain sight, and at the same time refusing to capitulate to the mundane regularity of black death.
Truth be told, a silent portrait of any black woman is categorically unbearable. Our refusal of words is inevitably embraced as an invitation to impose a narrative that we have neither authored nor authorized. Set against the backdrop of the story Diamond Reynolds refused not to tell, why do we demand to hear her tell it again? Why do we expect or demand her to repeat it or tell it differently? Why is this account of it, without words or speech, but delivered instead through subtle gestures that have an affective power that exceeds words, not enough?
In a second gallery connected to the first, a textual supplement screens alongside the looping still/moving images in the main gallery. Black Leadership, Thompson’s most recent work, is disorienting in its three-dimensional depth. The text flickers and floats as if suspended in air rather than projected onto the wall. It is the artist’s own quiet but deeply resonant rejoinder to many of the questions I have posed thus far.
The floating text is a letter addressed to an art journal editor. The letter is pointed and direct. It urges reflection on comments published in the pages of the journal and demands recognition of their destructive force and implications. Profiteering is the withering accusation to which the letter’s author, Luke Willis Thompson, responds: profiting through art by exploiting black pain and suffering. But is it profiteering or a refusal to remain mute? Is the silent but searing presentation of this trio of witnesses to black negation rendered as a work of art an act of exploitation or is it, as I would argue, an act of refusal?
Yes, it is an act of refusal. It is a refusal to be complicit in the silencing of black pain and suffering, and a refusal to impose words on the indescribable. It is a refusal to depoliticize the space of the gallery or to assume the art world is removed from the politics of black fungibility. It is a refusal that forces us to do the work of reckoning — both inside the gallery and beyond it — with our own culpability with the infrastructures of anti-black violence that pervade every space, regardless of whether we acknowledge it or not.

TINA CAMPT is Owen F. Walker Professor of Humanities and Modern Culture and Media at Brown University. She is the author of three books: Other Germans: Black Germans and the Politics of Race, Gender and Memory in the Third Reich (2004); Image Matters: Archive, Photography and the African Diaspora in Europe (2012); and Listening to Images (2017). This expanded version of this essay will appear in her forthcoming collection of essays titled The New Black Gaze. Campt also serves as a Research Associate at the Visual Identities in Art and Design Research Centre at the University of Johannesburg, South Africa.