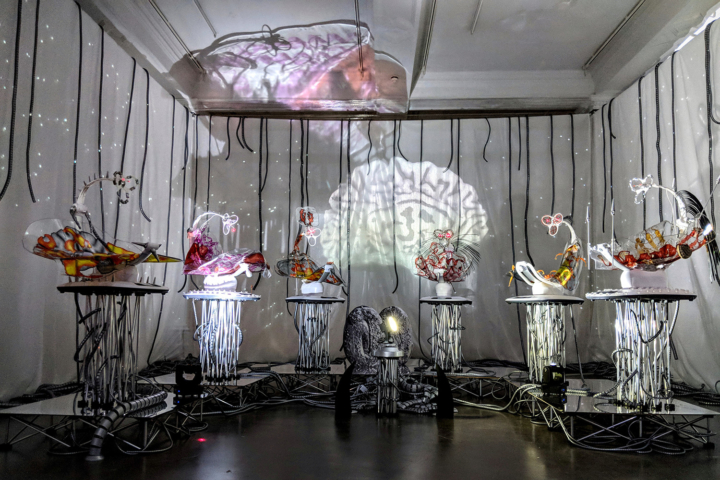 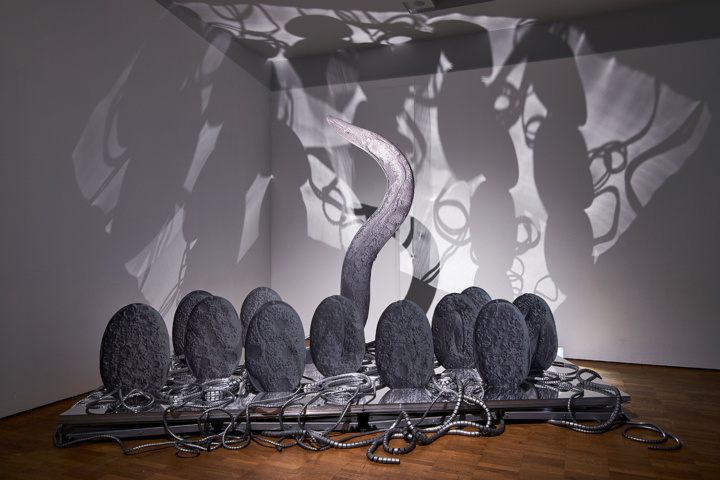 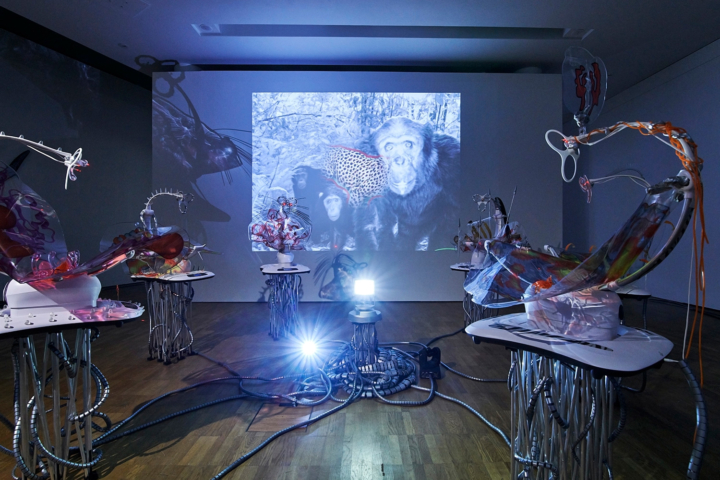 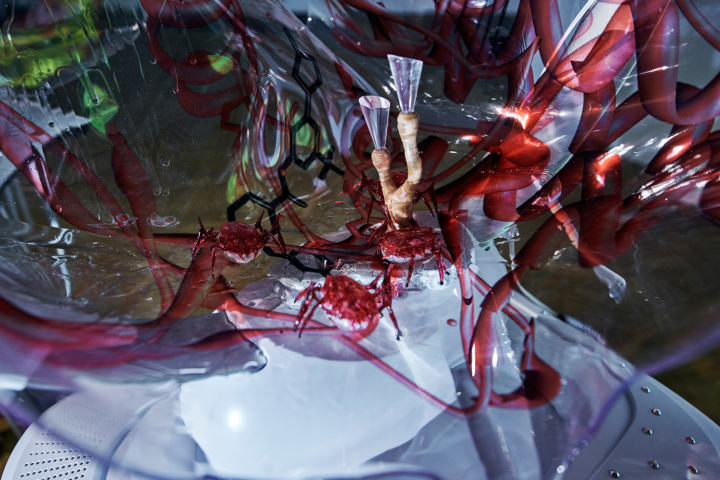 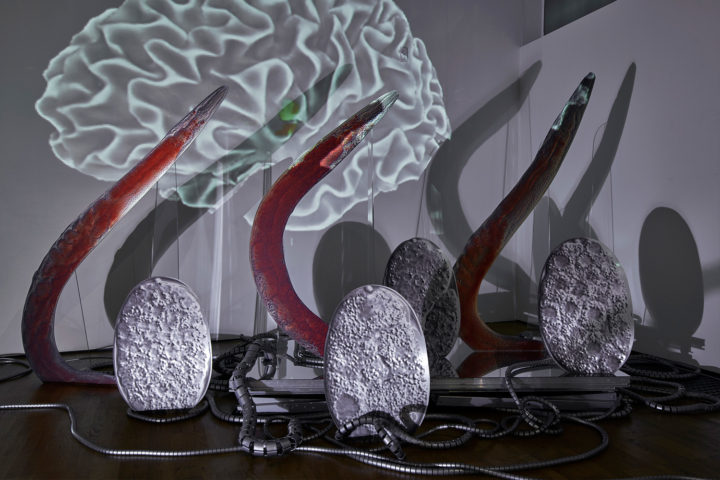 I catch sight of a partial phrase, rotating like a mobile above me: “though it lacks eyes, it can still see light.” The text is printed across translucent resin, its gelatinous curves insinuate neuroimaging; black dots court red foci, arrows gesture toward some viral travel.

Human life has no profound influence; its presence is relict or ostracized. The attraction to colonial expansion is less geographical and more biological, and in this light we rely on the technosphere — big-data analysis, genetic engineering, AI, digital pattern processing — to see in unprecedented depth and detail. In this regard, “Invasion Curves” solicits no projective future, nor science fiction. Rather, Novitskova uncovers and conceives new dimensions previously imperceptible to the naked eye: the surface of Mars, individual neurons of a lab-test worm, or satellite images of storm patterns. Particulate and celestial, the material is produced not only by machines but for other like-minded technologies. With this imaging we recognize the proximity between realism and science fiction — that their difference lies in the level of representational energy each expends to either reflect a past reality or project a parallel one. Novitskova manipulates this coalescence: that to translate the eminently real is to only visualize a further fiction.

Stylistically, Novitskova reduces her complex source material into flat cutouts or kitsch assemblages in ways that ape the stupor induced by big data. Though the resin signs appear liminal, it is the baby rockers that assume the most defining presence. Each is embellished with robotic bugs, Swarovski crystals, stress pills, silicon stress eggs, tree mushrooms, and acrylic massagers. In their laser-strewn jittering, cradling digital scans and accompanied by Kareem Lotfy’s glitchy lullaby, they appear goofy yet sentient, as though humanity were mere precursors to their evolution.

“Invasion Curves” hints at the paradox of automation, that the more machines learn, the more humans unlearn. It is a flirtation with the obliteration of human dominion, a subordinating side-eye. Novitskova recognizes that we are metabolically involved in the world via the data we harvest from it, that the simulation of the world is part of the world, that natural ecosystems are increasingly artificial.

This is true of Annual Reports (2018), sixteen digital prints on clay finished in metallic nail polish. Their information from weather satellites, extinction graphs, and MRI scans are deliberately abstracted and bear the most unsettling and literally graphic tone. It is like a mirroring of what a human eye can recognize — significantly less than what the machine captures or the algorithm calculates. Eyeless yet superior, and as a nearby sign reads: drunk with power.

Jala Wahid doesn’t mess around. Entering this basement gallery-cum-meat storage facility one is met by the jagged profile of a…