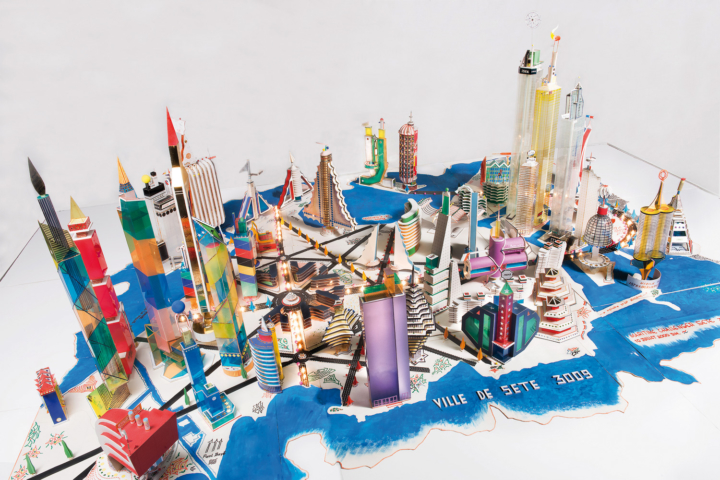 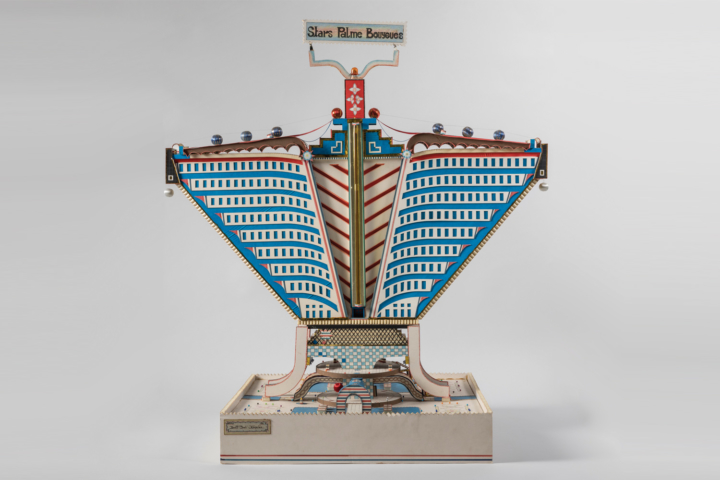 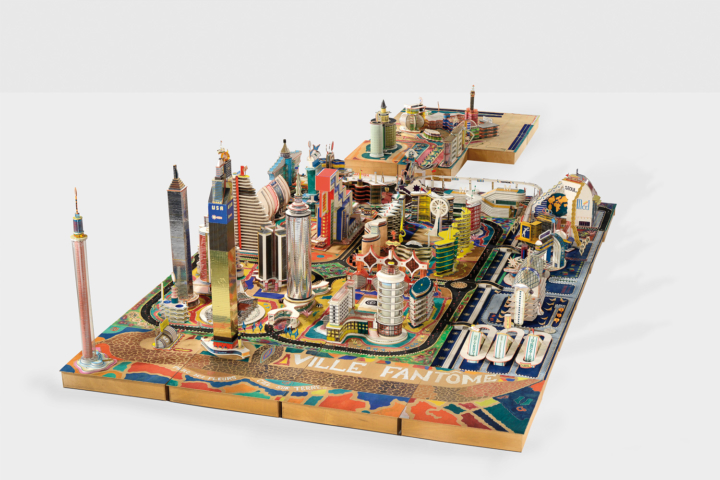 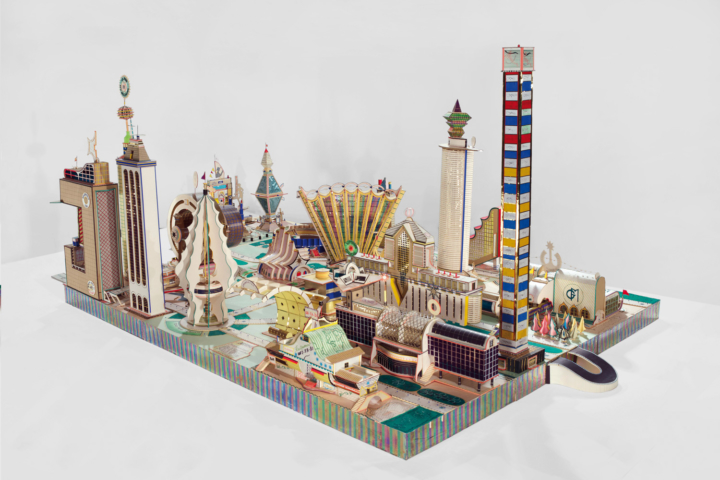 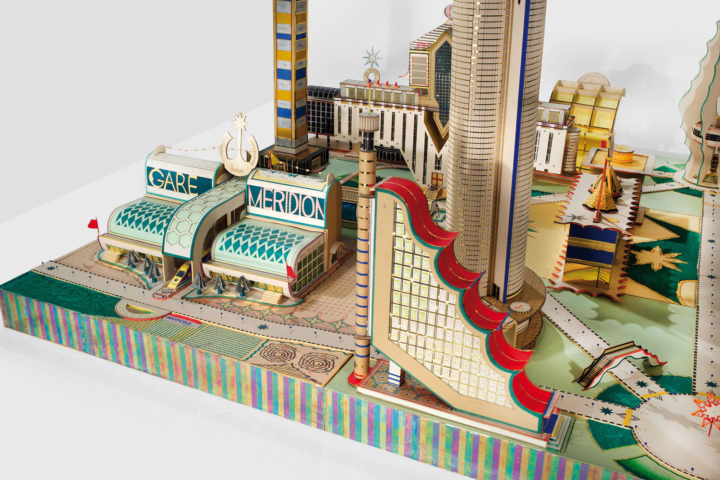 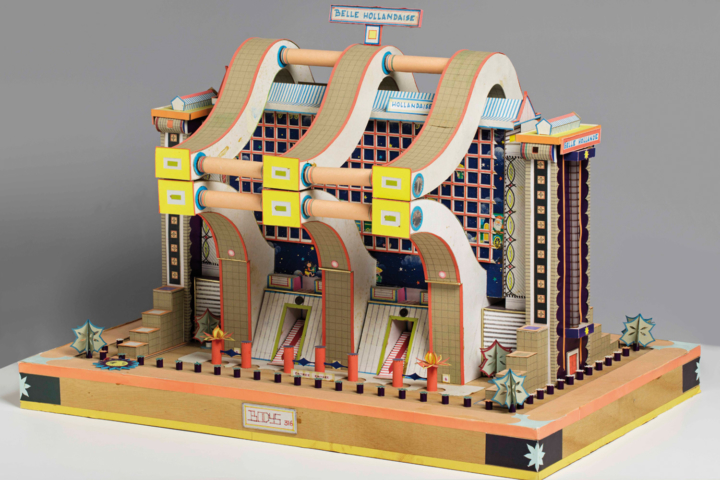 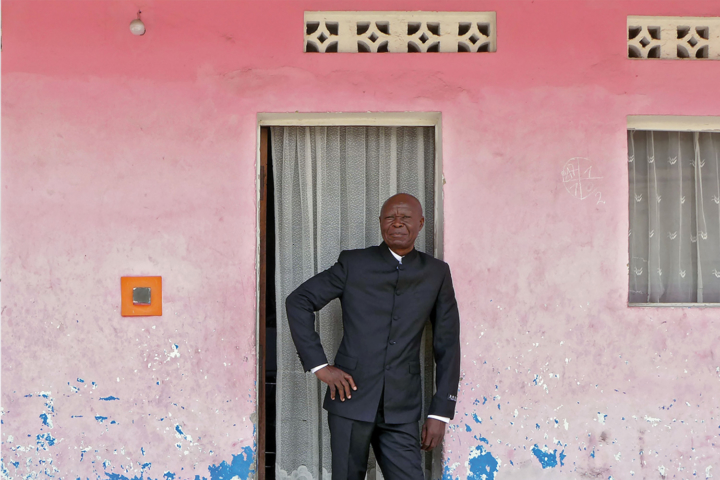 In 1971, military dictator Mobutu Sese Seko took control of Congo, renamed it Zaire, and campaigned for a vast cultural reappropriation: he got rid of colonial signs and attributes and advocated for Africanization instead (“Zairianization”). In particular, he sought to establish the capital, Kinshasa, as a major metropolis and to glorify his reign by instituting ambitious architectural projects.

Beyond urbanism, an impulse for reimagining a novel society was set. As a result, Bodys Isek Kingelez (1948–2015), who fell in love with Kinshasa and lived in the city for most of his life, contributed to this nascent collective dream with his urban maquettes — miniature sculptures of buildings and cities. Looking at his models (Kimbembele-Ihunga, 1994; U.N., 1995; Ville Fantôme, 1996; Ville de Sète 3009, 2000) we wonder where the lines between engineering and fantasy, architecture and sculpture, become blurred — whether theses cities are functional or simply dreams from an imagination on fire, or both. Using colored paper, commercial packaging, plastic, soda cans, bottle caps, and other cheap commercial materials, Kingelez expresses a “more harmonious society of the future.” Inspired by a welcoming utopia where all races live in peace, free of violence and disease, the structures (hospitals, campuses, towers, parking lots, electrical plants, etc.), infrastructures (roads and waterways), and meta-structures (cities) are meticulously organized to serve this common purpose. “If you succeed in building a model,” as he once said, “you visualize what is inside of you.” Thus does the architect eventually realize his true nature: he is an artist with a vision, working with a purpose. The hope for a loving, carefree mankind manifests at every level, from the microscopic details to the macroscopic ensemble. In his “ghost city” (Ville Fantôme, 1996), Kingelez said “there is no police force in this city, there are no soldiers to defend it, no doctors to heal the sick. It’s a peaceful city where everybody is free. It’s a city that breathes nothing but joy, the beauty of life. It’s a melting pot of all races in the world. Here you live in paradise, just like heaven.” In this politically corrupt setting, which would lead to the demise of Mobutu’s government in 1997, Kingelez’s sculptures would precisely entomb a naivety to propaganda, an audacity for power, and a cult of glamour all their own. 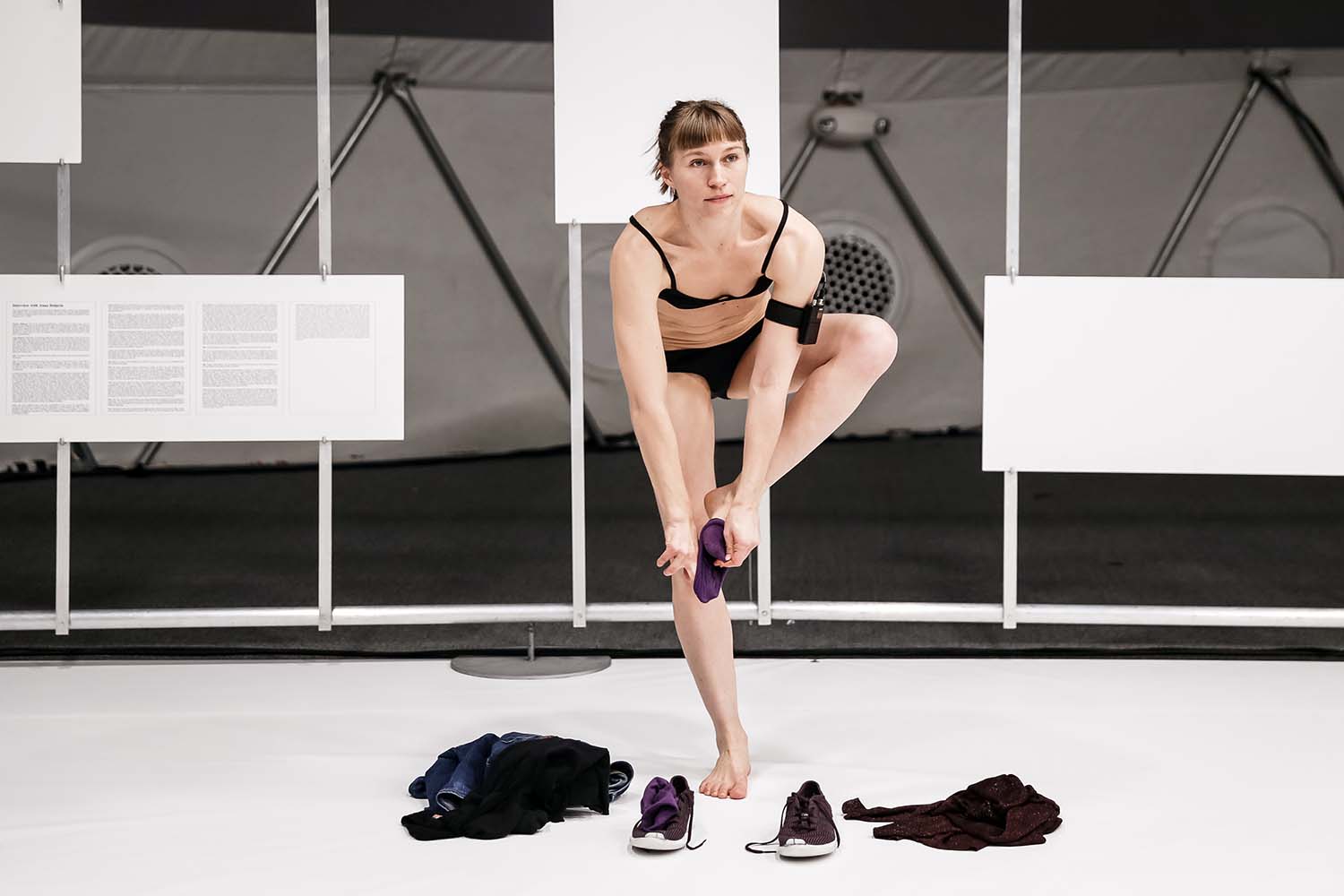 At the beginning of Mette Ingvartsen’s 69 Positions, the audience enters an open, steel-tube cage lined with various performance documentation…