Transmissions is the outcome of Nick Mauss’s time spent as a fellow at the Center for Ballet and the Arts at New York University. The exhibition hazards refreshing intellectual promiscuity in webs of entanglement drawn out via playful archival displays and live performances. Mauss’s curatorial logic is, aptly, terpsichorean as he coaxes viewers to contemplate modern ballet and its European ancestry in relation to avant-garde visual (and decorative) art production between the 1930s and 1950s. Mauss contends that ballet is part of a larger story, subject to as much revision and cross-contamination as the plastic arts — only its genealogy is more fugitive, and more hybrid.

Scenography in Mauss’s work often manifests as interior architectures in homage to artist-aesthetes like Léon Bakst and Florine Stettheimer. Mauss designs Transmissions around a dance floor, demarcated on one side by a line of scrim panels along which official New York City Ballet photographer George Platt Lynes’s decadently homoerotic photographs of draped dancers’ bodies hang mid-air. Nearby, Dorothea Tanning’s Aux environs de Paris (Paris and Vicinity) (1962), a breathy painting of tumbling animations, rests in the proverbial wings, as footage of George Balanchine in rehearsal refracts from a monitor overlooking Mauss’s own Images in Mind (2018), a reverse glass painting on fifty-six mirrored panels. Occasionally, we hear Balanchine’s voice as he counts for his dancers — and hence, for Mauss’s too.

Each afternoon, rotating groups of four dancers emerge, stretch, and then perform choreographies that convert a Marley floor into the engine of the exhibition, against which Mauss’s notion of ballet “as a kind of body of literature” is actively tested and fulfilled. Heightened by a sense of unfolding kinetic research, the effect is akin to walking into a dance studio mid-class. On a recent evening, a male dancer commences his performance: silhouetted in an all-black unitard, he enacts a series of languid poses, some of which noticeably derive from Platt Lynes’s surrounding photographs, while other postures repurpose Vaslav Nijinsky’s faune character in glyphic profile. The first dancer is soon joined by another, and together they make use of the floor in reclining, piscine configurations, in manners characteristic of Martha Graham’s earthbound technique, Maria Hassabi’s slow, Butoh-like museum sequences, and David Hemmings’s photographic duet with Veruschka in Michelangelo Antonioni’s Blow Up (1966). Eventually, rhythms quicken and gender roles shift, as duets become trios become quartets become solos.

The performers’ stop-motion slowness leads sequences to inscribe and incise themselves as pictures in the show, making literal use of the term choreo-graphy — and their evocation of L’Après midi d’un faune is not lost as a leitmotif for the exhibition as a whole. Largely considered ballet’s pivot into modernity, Nijinsky’s choreographic debut for the Ballets Russes in 1912 was characterized by attenuated sequences of immobility, described as a “choreographic picture” in its program, and even called a “danceless” ballet by certain critics.1 Not incidentally, footage of a 1936 iteration danced by the Original Ballet Russe and shot by dancer-cinematographer Ann Barzel is on nearby display.

Prolonged viewing of Transmissions’ live performances instills a sense of ballet’s shared mother tongue, cutting across histories and dance backgrounds (varied here among performers) — its vocabulary actionable as the already-hybrid commons from which Mauss “unfreeze[s] a catalogue of movements,” such that viewers start to pierce modernist ballet’s genome. In effect, he coauthors compositional, moving friezes: formal devices for transmission that complement views held by Jean-Georges Noverre, an eighteenth-century choreographer and early dance theorist, who conceived of ballet proto-cinematically, as living pictures wherein figures would be “painted in” alongside visual imagery and music, but without words. 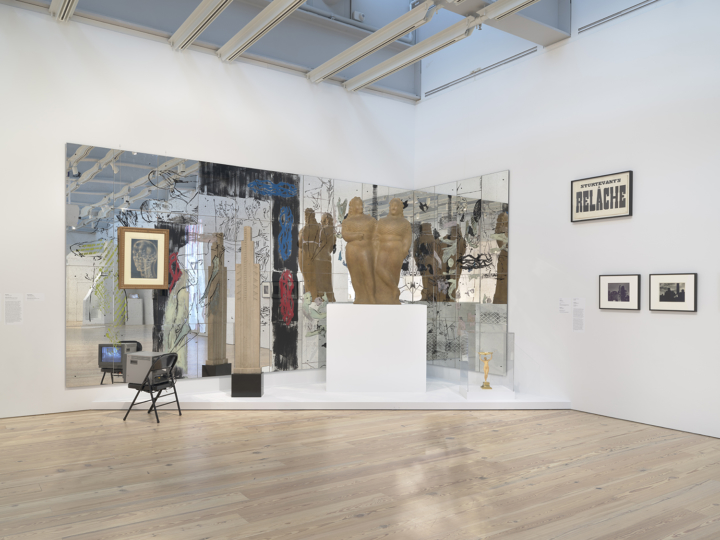 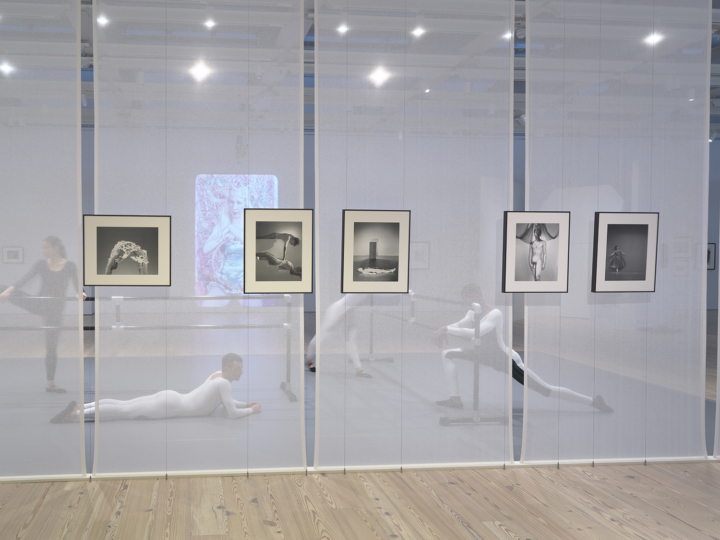 Transmissions might be read as a provocation to think with the articulative capacities of gesture-speech more broadly. As a medium, classical ballet is mute of voice — indeed, Plutarch called it “a conversation in dumb show,” for it “speaks” silently through gesture — yet it was not always so. While ballet was still a subcategory of opera, early presentations included spoken interludes, sung intervals, and ventriloquy. Ballet’s status as a narrative genre emerged only in the eighteenth century, following dance critics like Noverre, who called for a return to pantomimic forms of gesticulation from antiquity in order to imbue balletic virtuosity with narrative. “The ancients spoke with their hands,” Noverre writes about pantomime, to which Lincoln Kirstein adds centuries later, “in a universal tongue.” In tandem idiom, Mauss’s choreographic pictures, like corporeal cinema, transmit live media archaeology, generating an interpretive space and cross-historical framework for the production of gestural meaning.