The dresses featured ad-hoc jewelry made from found materials such as playing cards, fabric scraps and lace. The front of one of the dresses, Hme Sweet Hme Dress (For N.F. and J.B.), carried a large beaded panel alongside a hand-drawn cardboard sign flung over the dress with a chain, giving it the look of a handbag. The sign featured a note from “DJ Dog Dick” proposing some sort of musical collaboration. These crafty materials, sourced from Maratta’s environment and tacked onto the already distressed dresses, suggested a sort of mending process. It was one of those great shows that was somehow both incredibly diaristic as well as universal in its stylistic accessibility — as if the artist’s life could be mapped via a trajectory of bric-a-brac, anecdotes, venues and social relations, all glued to unclean figures. The show literally manifested her collaged subjectivity. At this point I still hadn’t met Maratta in person, but I felt I could relate to her narrative through this symbolic dirtiness with style.

I knew of Maratta through her band, Odwalla88, in which she plays with fellow artist Flannery Silva. I was already a fan of this hardcore spoken-word noise act. When infatuated with a band, it’s a fan’s duty to start researching (or trolling) their entire obscure online existence. Their blog chronicles Odwalla88’s life on tour. I clicked through images of them playing at small bars and house shows, crashing with different punks and accumulating detritus in their car along the journey. It was through music and this sense of a fragmented countercultural community dispersed across the country that I understood how Maratta lived and negotiated the construction of her own self. Sitting comfortably alongside her music is her zine Rock&Rose. Reading this accumulation of thoughts, images, poems, interviews and flyers from within her “scene” feels like being on tour next to her while simultaneously sitting in my bedroom. Even though collage is such an obvious zine trope, it’s this cutting and pasting of experience that makes you feel at once intimate and directed by Maratta. She lets you stalk her.

When I finally met Maratta I saw just how embedded her practice is within her daily activities. She collects apparel constantly — from thrift stores, eBay and designer boutiques. Matching a shirt that is beyond disintegration with a recycled Westwood and shoes from Maryam Nassir Zadeh, she literally performs the role of a fashion-magazine editor, drawing a mood board of disparate references to coerce a style. Susan Sontag reiterates the words of Cocteau in her essay “On Style”: “Decorative style has never existed. Style is the soul, and unfortunately with us the soul assumes the form of the body.” Maratta adopts this as a political stance. Her use of subcultural imagery, mostly grunge, in both her work and life is a stylized message of dispossession from — and armor against — the mainstream. She uses the ploy of style to interrupt the transmissions of normative lifestyles through their own networks. Engaging rather than rejecting fashion and its commodities, and photographing subcultural subjects (echoing the production of muses), Maratta frustrates these paradigms through a dirty lens.

For her booth at Centre for Style at Paramount Ranch 3, she presented three panels. Each panel has a photographed central figure in the frame with clippings from dated fashion magazines and craft books glued across the borders. Abrasive jewelry made from stones, twisted wire, glass shards, children’s bracelets and her own silversmithing is mounted over the figures, adding a three-dimensional collage affect. One of the photographed subjects is her own chest (her face is not visible), which shines with the visible scars of her breast-reduction surgery. Here her process of collaging identity is reified in her own flesh. The other subjects, her female friends who also play music, are similarly obscured so as to avoid a sense of palpable protagonists. Instead, she uses these characters for their stylistic qualities, or what Philipp Ekardt calls “style as technique” in his essay “Fiorucci made me normcore.” Ekardt critiques the method of appropriating socio-aesthetics for works of idolization, but champions style as a technique to address the implicit expressions of marginalization associated with whatever subculture or scene the artist is presenting. Maratta’s world is that of a female working under patriarchy, working in a macho noise scene and commanding her own image and her own weird look.

The editors of many clickbait fashion magazines understand the cachet of identity politics: “See how this new label is redefining gender!”. No longer does subversive fashion necessarily translate a subversive politic, as Dick Hebdige’s structural analysis of subcultural style once purported. The current climate of abject aesthetics sees many young artists and fashion editors reproducing junk as a platitude. Maratta’s work offers new methods of reacting or rebelling by displacing, what Cocteau would call, her own soul. 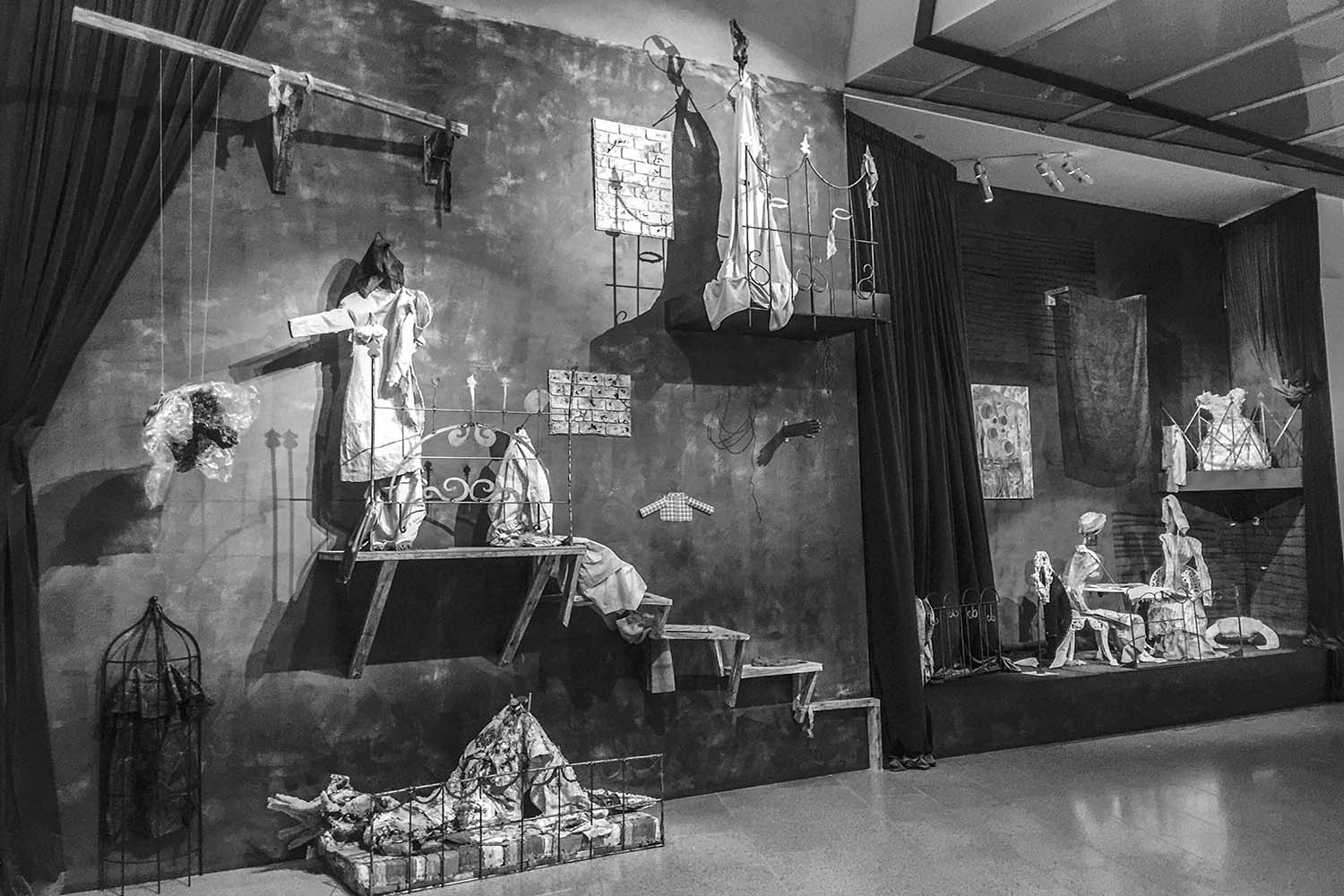