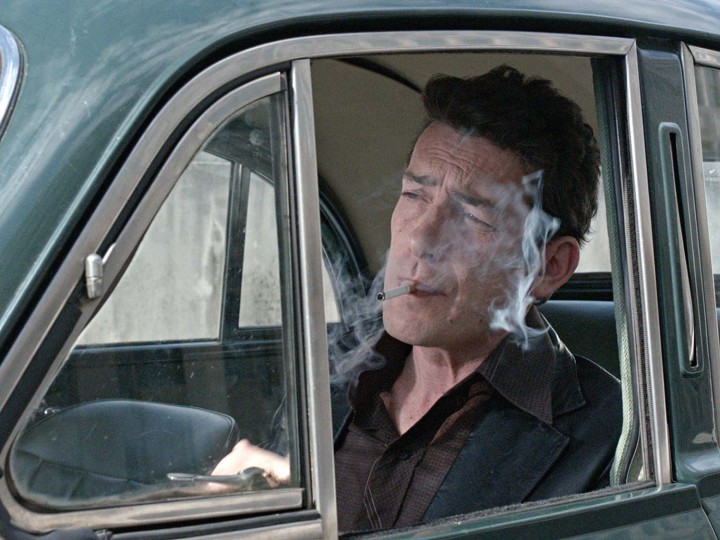 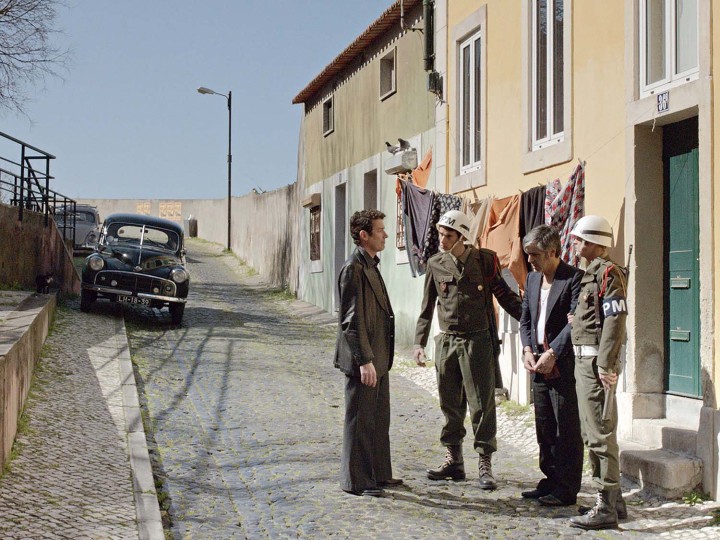 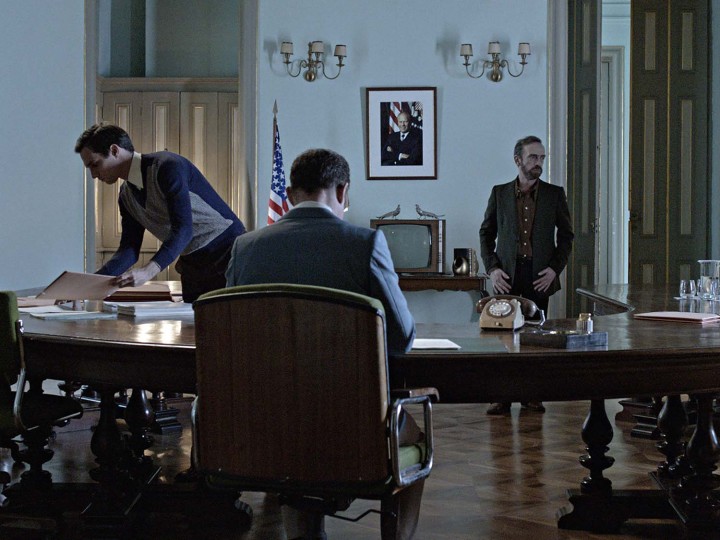 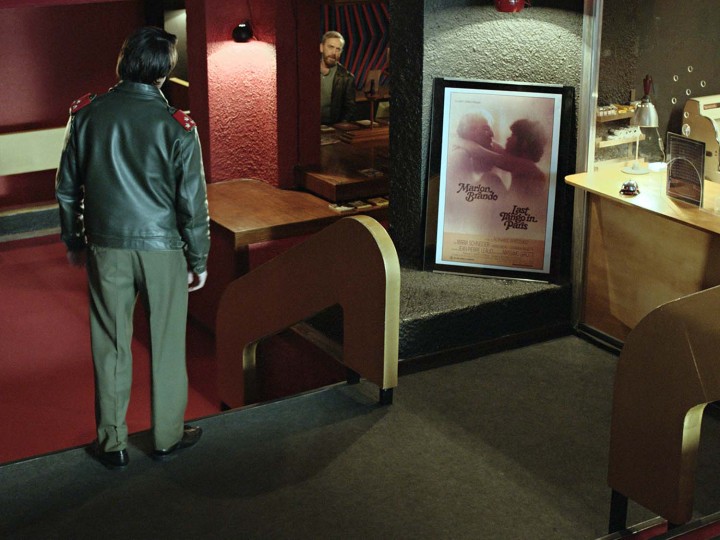 Stan Douglas’s new video installation The Secret Agent comprises six projectors and screens arranged in two facing lines of three, with the audience occupying the space between. While watching Douglas’s espionage drama, audience members turn 180 degrees as action or dialogue shifts from one side of the auditorium to the other.

At times wide shots span the full width of three screens; at other times two screens will show the same action from different camera angles. Sometimes, when two opposing screens each display an actor and the two converse across the space, it becomes necessary to straddle the central benches in order to maintain a view of both.

The fifty-three-minute installation is a reimagining of Joseph Conrad’s novella of the same name. Conrad’s book is a deeply cynical political spy story set in nineteenth-century London. Douglas has transposed the story to twentieth-century Portugal during the aftermath of the military coup and subsequent civil uprising known as the Carnation Revolution. The story remains fairly true to Conrad’s original narrative, with the central roles being played by police detectives, anarchists and, of course, the double-agent protagonist who is caught in the middle. The film is simultaneously hugely accomplished (in the way it deals with multi-screen narrative) and yet also rather crude (in its presumably deliberate mismatching of accents and locations, and in its rather self-consciously acted lead roles).

As a preamble to the film, Douglas has included four large photographic works in Miro’s downstairs gallery. The dark, almost monochromatic images describe in a Christopher Nolan’s-Gotham-film-noir style a large, gothic hotel, a rural riverside community and an industrial, urban landscape.

Douglas is rigorous and painstaking in his reimagining of the past. His complex installation deconstructs not only Conrad’s novella, but also the genre of espionage fiction and its manner of depicting historical events in general. With its covert back and forth between past and present and nuanced layering of history, one might wonder whether Douglas’s The Secret Agent is an autobiographical undertaking. 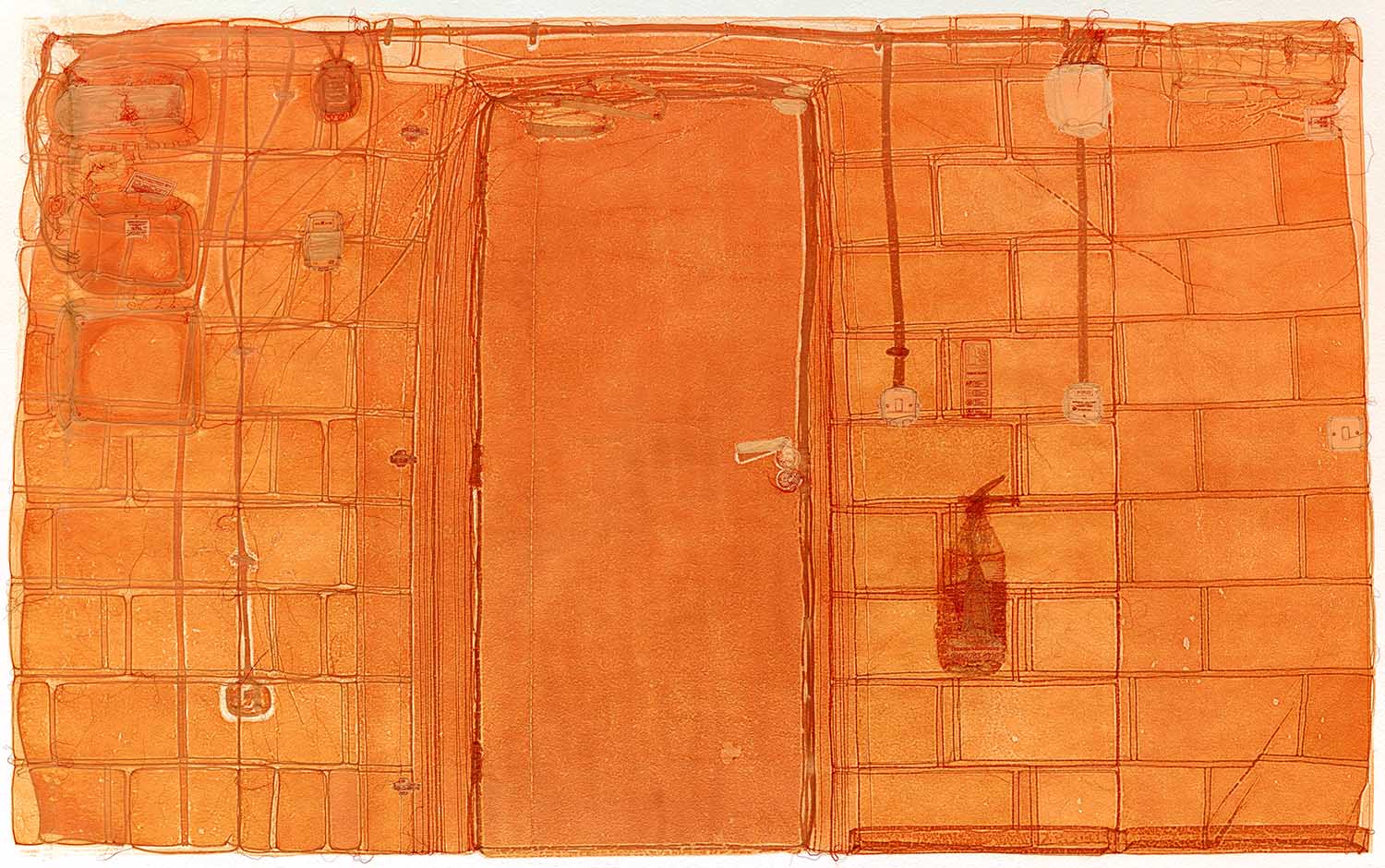 Do Ho Suh’s first solo exhibition at Victoria Miro coincides with his recent decision to relocate to London. Entitled “Passage/s,”…