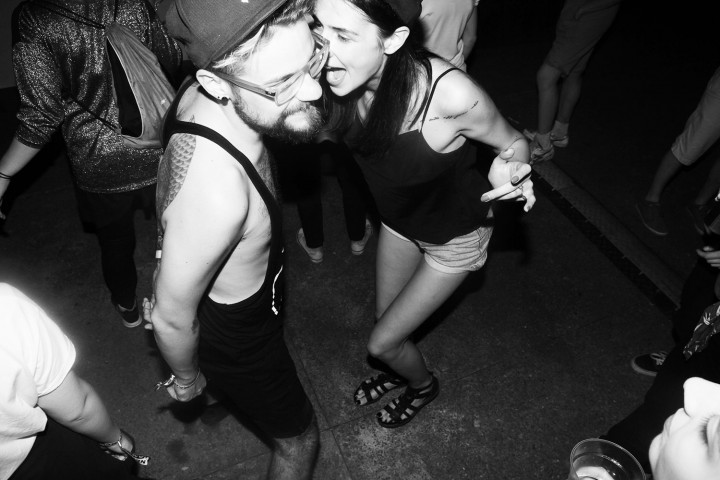 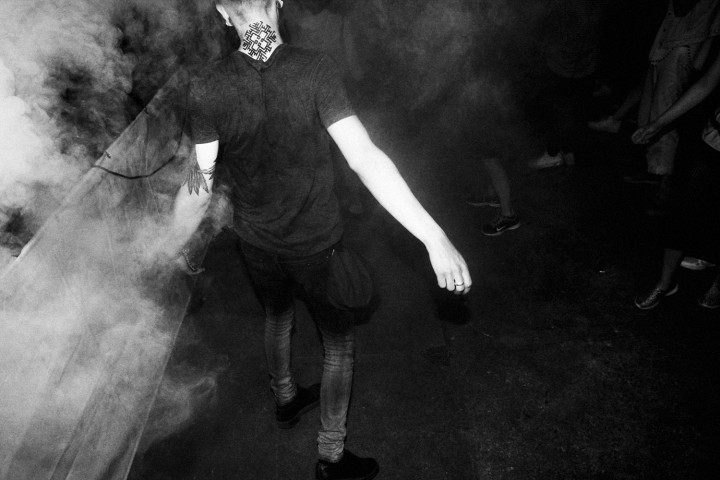 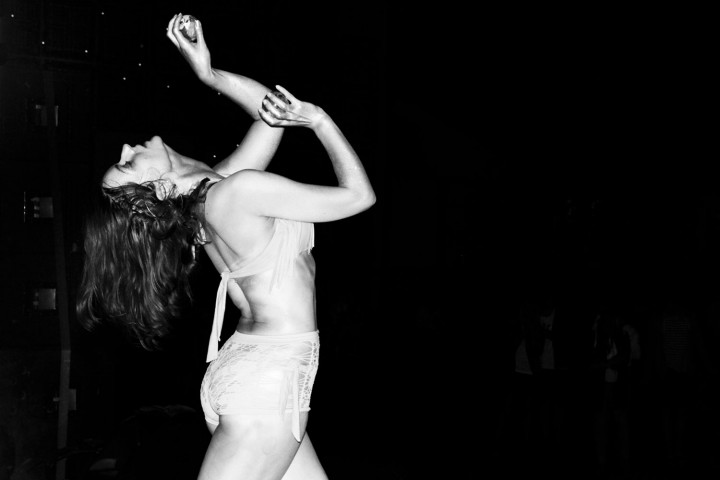 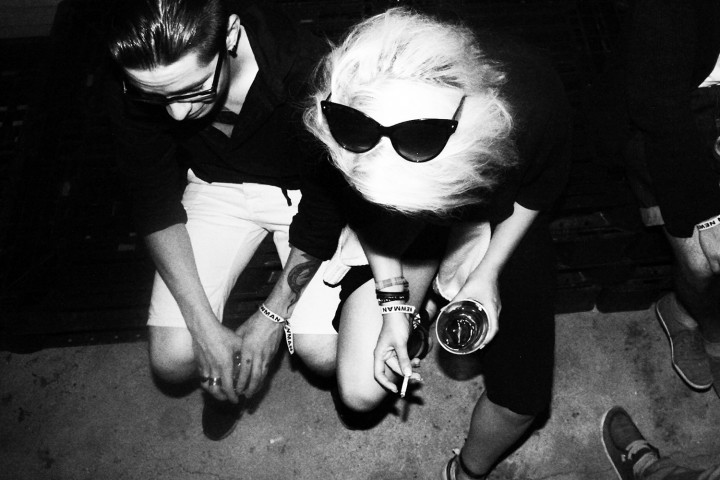 Newman is a festival in a forest, in a town without a train station. It’s the first but hopefully not the last edition of a music and art event that positions itself at the intersection of the online and the real world.

By “real” I mean the corporeal, of being in a body that battles with the summer heat and is soothed by natural lakes in a small Lithuanian town. By “online” I mean the fiber optic networks by which Newman, as a festival and a concept, comes to be. It’s set in Druskininkai, not far from the borders of Poland and Belarus in a region that relies on its visitors — Lithuanians, Russians, Poles — to sustain a spa resort tourist economy. Artifacts of past lives and political regimes exist in a monstrous multistory sanatorium, now looming derelict near boarded-up wooden villas, churches and coffee shops with free Wi-Fi.

The stage is set in the recently renovated Druskininkai Summer Amphitheater, built during the Soviet Union, now host to its post-club performers — British, North American, German, Lithuanian, Finnish, Colombian, etc. — for the three-day festival, running July 3 to 6. It’s carried out by volunteers and organized by the Lithuanian founders of the space Panke in Berlin’s Wedding district, and the programming reflects that accordingly.

Featuring producers and performers from across the networked world, Newman is largely centered around a scene that finds anchorage in the creative cloud. It hosts the likes of Nguzunguzu, Dean Blunt, Micachu & the Shapes and Dan Bodan, as well as local artists like Paulius Kilbauskas and Sweatlana. The music program is curated by fellow Lithuanian J.G. Biberkopf, whose own Saturday set features epic video projections of glaciers in high definition, a goose flying with a GoPro and a deer being thrown across a bus in slow motion as captured by a security camera. Deep bass and sonics that you can touch surround the stage and his audience. An intermittent sign screams “SHIFTING STATES OF MATTER” and echoes the nightmarish conceptualization of the New(Hu)man exhibition theme, described as a “trance-like dissolution into the whole.”

“Happy Independence Day everyone,” Berlin-based performer Dan Bodan says through a microphone before shrugging, “I’m Canadian.” He opens his Saturday-night set with a smooth a capella version of the post-internet romance “Reload” while sitting on a table, legs dangling, knees bending and straightening with its melody as he croons beside a laptop. Bodan’s Personal Computer poignancy is followed by the aggressive introspection of TCF’s production. It ricochets off the trees outside, like a domino effect of electronics crawling across forest walls. Finnish duo Amnesia Scanner’s opening low-end sounds like a semiautomatic with the light from a projection facing out at their audience rather than themselves. A woman walks through the crowd selling shots for one Euro on Saturday. The one-liter plastic bottles of beer are all gone by Sunday.

“The network nurtures enforced conformity by simply connecting everything with everything while the individual, simultaneously, dissolves,” continues the New(Hu)man catalogue blurb. It introduces a list of visual artists whose ideas, work and very existence in the milieu of hyper-connectivity dissolve into a hive of artworks that function more as reference points in a glut of references, rather than individual pieces in themselves. Claudia Mate, Constant Dullaart, Laturbo Avedon, Pussykrew and Eva Papamargariti feature among others. Connor McGarrigle describes the overwhelming sense of seeing six Vines per second appear on his generative video installation 24hr Social (2014) during a panel led by art historian and curator of this year’s “Capture All” Transmediale exhibition, Robert Sakrowski. This one is held on old wooden benches (with laptops) to the side of the Newman stage where the roof has either been built around or cut through to accommodate an old tree.

Dean Blunt, as the centerpiece of an event exploring bodies, their difference and their effect on the psycho-social moment, opens with a looping vox-pop of a Black Nationalist activist saying, “The white man, I say to you over and over again…” Blunt’s is a multimedia performance featuring dry ice, noir saxophone and pre-recorded thunder. His aggressive persona paces the stage, staring down his audience, assaulting them with subsonic bass and strobe, as well as the violent, misogynistic lyrics of the Dean Blunt alter ego. It’s delivered in the shaky monotone vocal of a host body that often struggles to hold a note. “I hope you know it’s all a lie.”

Scattered across the city but centered on the small stage facing out towards the Nemunas River, Newman’s sound, mostly electronic, resonates off the trees on the other side. A crisscross current runs in the water where, on the last day, drunk and bacchanalian revelers would apparently swim till mid-Monday morning. They close a festival that recognizes the link between humans and technology; exponentially growing and interconnected, inextricable and instrumental in the way we are right now. 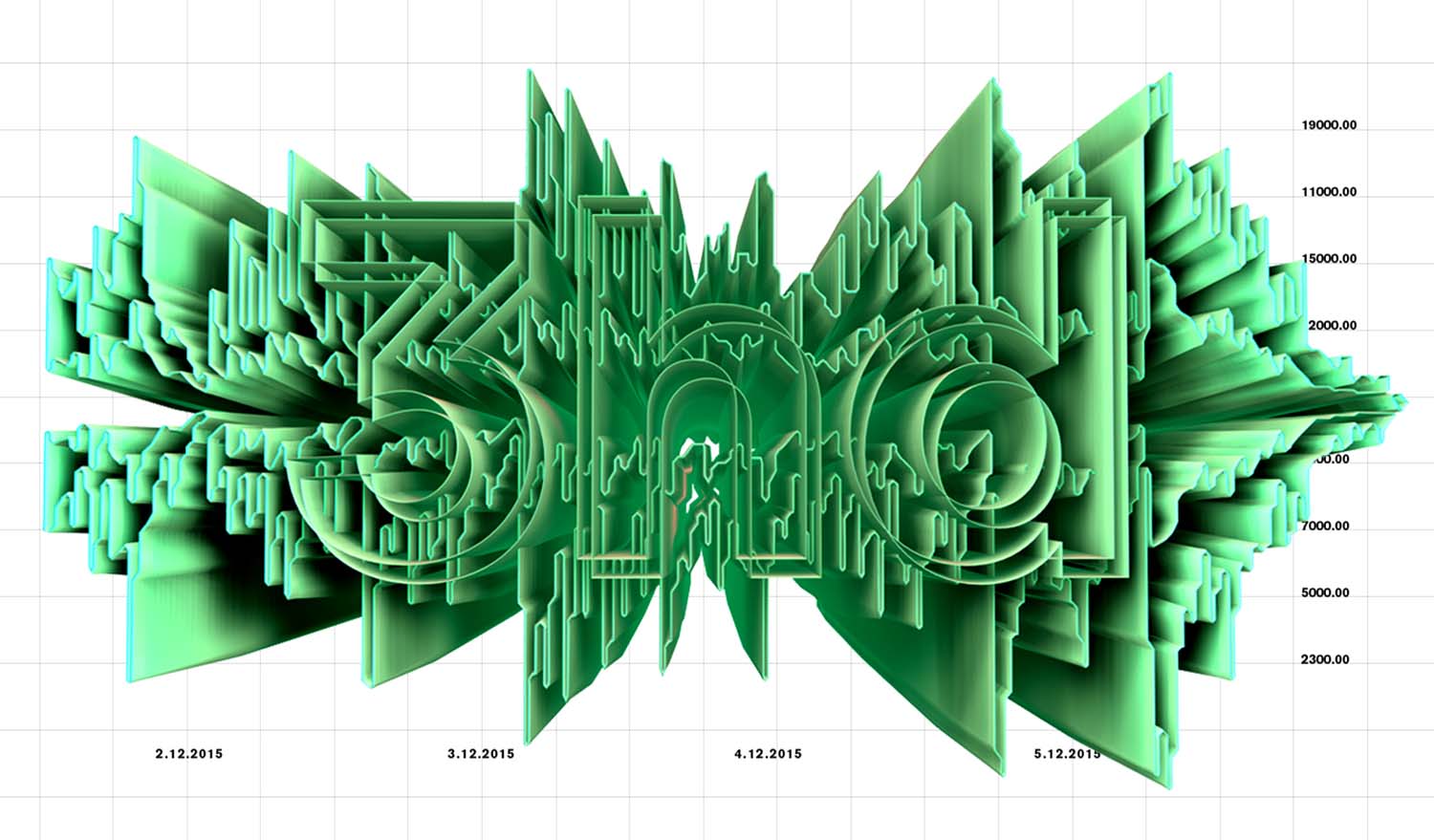 “It’s all in the internet,” says Daniela Seitz, one half of Berlin-based party organizers, now festival curators, Creamcake. “It’s like…