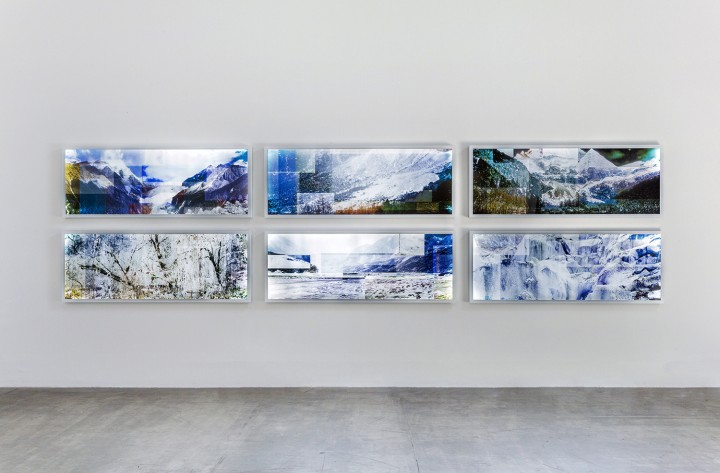 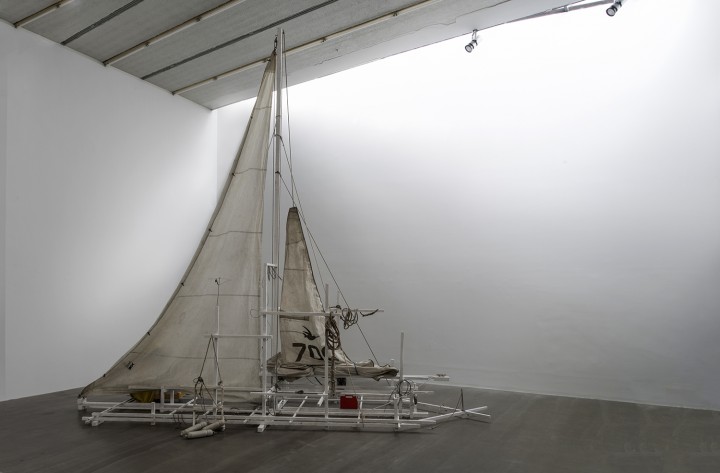 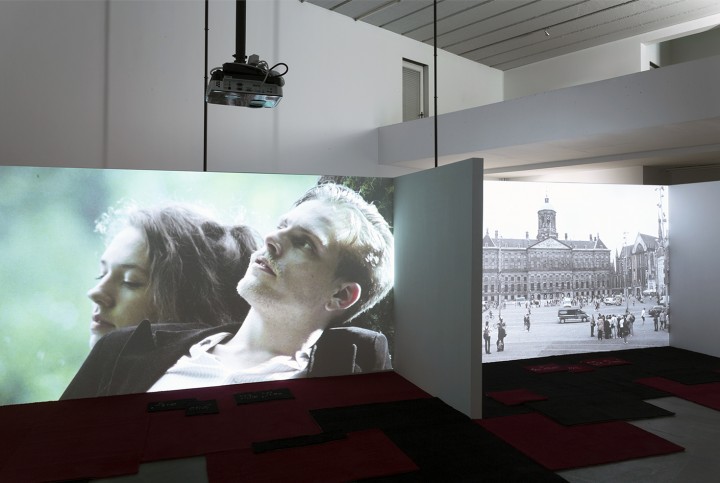 1
2
3
Cheng Ran, “In Course of the Miraculous” (2015), exhibition view. Courtesy of the Artist and Galerie Urs Meile, Beijing-Lucerne.

Through a range of video, installation and photographic works produced during his two-year residency at Rijksakademie van beeldende kunsten in Amsterdam, Cheng Ran experiments with the ways stories are told. He subverts narrative language and logic, constructing illusions of infinite space and time adrift. In the “work-in-progress” video Storyboard Film (2015), Cheng Ran appropriates the storyboard technique in film production, documenting plans and alterations vis-à-vis the actual creation of the work. He describes a series of proposed scenes, shots and camera angles while doodling on computer drawing software. However, his monologue, sounding like fragmented muttering, does not coincide with what is visually represented. The unfinished film becomes a deconstruction of storytelling, an exercise in free association that reveals endless imaginative possibilities and our subconscious inclination to seek them in the abstract.

Before Falling Asleep (2013), a four-channel video installation, adapts popular bedtime fairytales sourced from Aesop’s fables, Ivan Krylov and Hans Christian Andersen. These fables — anthropomorphic in nature — are reinterpreted through Cheng Ran’s personification of an animal, a plant or a natural element. He reverses the symbolism of these objects, employing youthful actors to replace them; he thus gives faces to The River and the Pond and human forms to the pigeons in Aesop’s Two Pigeons. In his poetic and sensualistic retelling, the moral principles are lost and our perception of narrative space and time fades. Like a child, we fall into a liminal trance between a world of dreams and allegories and waking reality.

The exhibition title “In Course of the Miraculous” derives from Bas Jan Ader’s three-part performance In Search of the Miraculous, which culminated when Ader disappeared at sea while crossing the Atlantic in a one-man boat — an art world fable in itself. Ader’s narratives are both highly personal and obscure; the success of his work is never in its completion, but in its undertaking. It is purposeful in intention and conception, simple in execution. Cheng Ran also embodies this spirit. Continuing to explore the spatial and temporal territories between the language of storytelling and its visual elements, he leaves us anticipating his return from across the void.