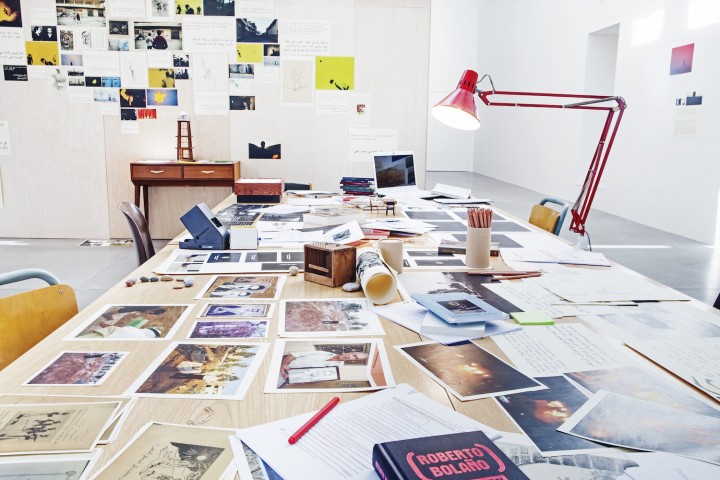 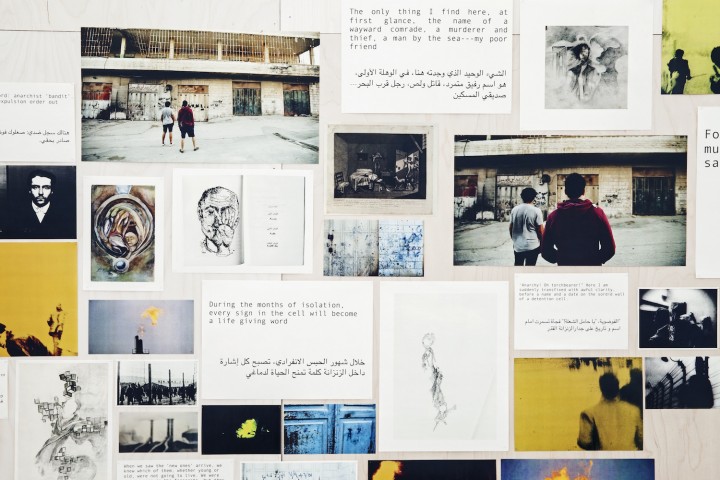 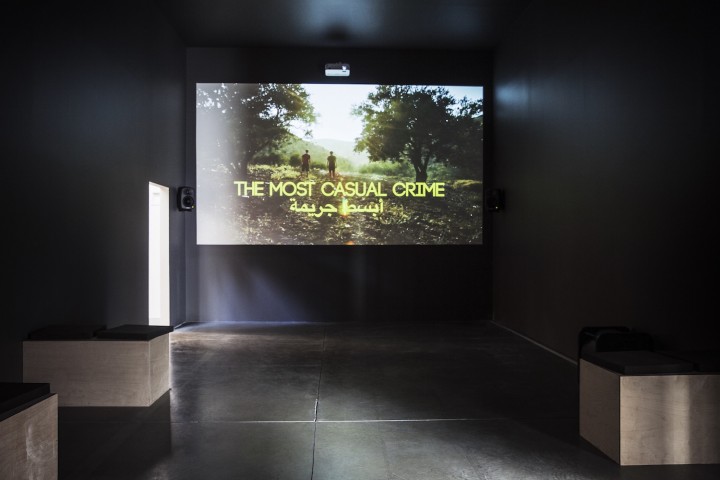 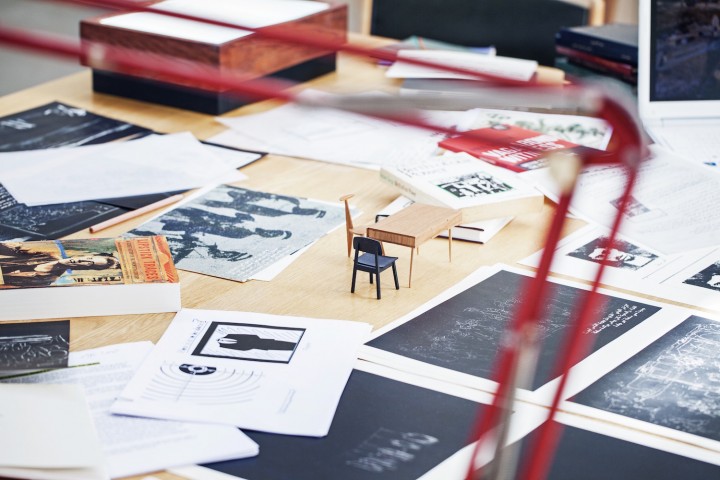 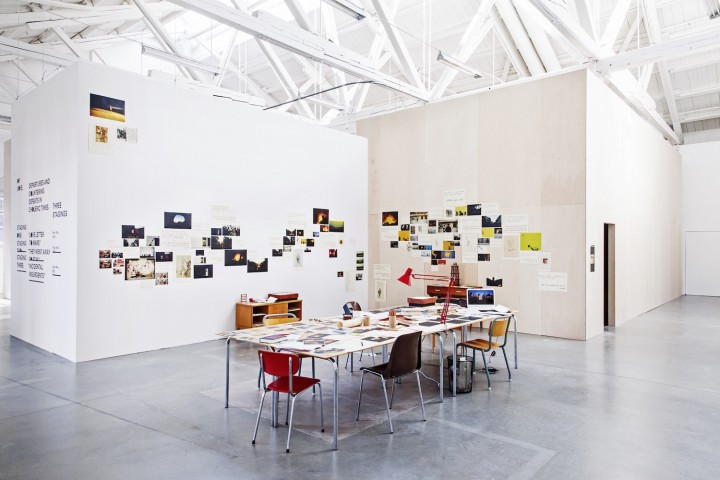 How is history written? Of what is it composed? Whose documents, journals and diaries are borrowed from when carving out a grand narrative? Such questions are posed in “Staging Three: Incidental Insurgents,” Basel Abbas and Ruanne Abou-Rahme’s chapter for the Office for Contemporary Art Norway’s program “Of Love, Departures and Countering Defeats in Choleric Times. Three Stagings.”

The duo created an investigation headquarters of sorts, papering the walls with photographs, phrases such as “They vanished without a trace on the other side of the city, the side where there was no way out,” orphaned pages, and archival ephemera, piling on enough to make the airy, massive space feel as though it were in a bunker deep underground. Long tables were covered in even more photographs and printouts, copies of Victor Serge’s books The Birth of Power and Unforgiving Years, a light box with a rough graphite sketch — all providing heaps of evidence but no direction. Side lamps were left on, and scattered laptops were left open, mid-search, suggesting that the makeshift office was abandoned abruptly.

At the literal and narrative center of the exhibition is a group of short films screened inside a black-box theater. The first two films of the artists’ trilogy are The Part about the Bandits and Unforgiving Years, which introduces two young men who are navigating the open road before them in the dimming sunlight. A word doesn’t pass between them; the only sound is the nervous anticipation of a slow, driving rhythm from a lone drum, tensely working up to a restless pace. Poetic lines such as “THEY ENTER / WHERE THEY DO NOT KNOW,” running parallel in English and Arabic, lead them through caves in the open desert and long drives down empty, winding roads.

Polluting the distinction between documentation and recollection, Abbas and Abou-Rahme script one story line of contemporary life in a highly charged area of political dispute. The artists both work in New York and Ramallah, where seemingly recent history and daily headlines are redrafted and boundaries are redrawn. “Incidental Insurgents” suggests that the most powerful, incendiary evidence one can present is proof of not being sure.