Steven Warwick is a British artist and musician based in Berlin. He combines objects and media to produce immersive environments, and in the past he has collaborated with artists such as Henrik Olesen, Jean-Michel Wicker, Josephine Pryde, Sabine Reitmaier and Richard Hawkins. Warwick also performs under the moniker Heatsick, oftentimes DJ-ing with only a Casio keyboard, creating loops that are shaped and sculpted for the club. His last album, RE-ENGINEERING, paired club music and urban life with self-reproducing cybernetic feedback systems and ecology, a natural segue into his work in Los Angeles. For the past few months, he has been in residence at the Villa Aurora in Pacific Palisades, where he performed Reengineering Villa Aurora.

I knew you would be playing the organ at the Villa Aurora, but I was quite surprised by the ambient effect. Have you experimented with the organ in the past?

It’s the first time I’ve played an actual organ for a performance. Having access to it in the space where I’m staying was new. I’d played around a bit before on one in a church, but the smaller setting of Villa Aurora makes the sound much more intense, especially when the pipes are running underneath you, filtering sound from both sides of the room to create a really immersive experience. Right before I came to LA I had been watching a lot of early Hollywood and German films with silent scores, which gave me inspiration.

What films were you watching?

Greed by Stroheim, Nosferatu, Sunrise, The Cabinet of Dr. Caligari, early French films like Napoleon by Gance, Les Enfants du Paradis, Buster Keaton and D.W. Griffith. I also re-watched Battleship Potemkin. It has this terribly dowdy Michael Nyman score that really started to irritate me, so I put it on silent and played RP Boo’s Legacy instead. I was shocked by just how synchronized the sound and image became. It completely worked with the film.

It makes sense! The rumblings of the revolution sounding off with this Ghetto House soundtrack…

There’s also this mechanic franticness that complemented the speed of the film. I was struck by how long a lot of these films were, normally about three to four hours in length. The original Greed was eight hours. I wondered if its duration had more in common with, say, the length of an opera, and it being a social event or experience.

I wanted to present this dissonance, or maybe harmony, of these very natural rustic lifestyle signifiers that we find in our lives and also the very toxic aftertaste that lingers. The installation was quite noir, and it makes a lot of sense that noir comes from LA.

What about the loop on the projector?

That footage comes from my trip to the Salton Sea. When you look at it closer you realize the white material is a huge mass of dead fish guts and that the lake is massively polluted, yet it also has this bizarre ecosystem that sustains a lot of rare birds. The place also totally stinks of dead fish and has this atmosphere of post-hippie fallout. The shooting range posters struck me, as they are all from the US Department of Immigration, for shooting target practice. I was really surprised when we went shooting together in that I didn’t know what to expect, yet I saw a couple there on a date with the female shooting and the male holding her hips, which I thought was a very strange and striking image. The Feuchtwanger residence, the Villa, was and is an exile colony, and in a way is this German island on top of a hill. It’s a bit like an airport, this interzone. I wanted to draw that out in the performance.

The element of disjunction, or the audience’s “awareness” of this, builds a sort of queer atmosphere, which maybe relates back to the performance? I was reading your feature on Resident Advisor (RA)¹ from a couple of years back and it seems to be in relationship to that.

On the INTERSEX LP I did a track about the notion of gay music based upon the anecdote that I told in that Resident Advisor (RA) feature you read. I’m a little hesitant with queering the space, or rather, how I feel queer and gay has become defined and reified, to be sold back as a demographic in the marketplace.

I think the queer aspect here is not a capturing of a demographic or market share, but is a stand-in for something “off” in your work. It comes through with juxtapositions of elements that are quite asexual and historically rich, like the organ, or even this gentle beach scene being projected, and then something as utilitarian and usually blank as an umbrella but with this rainbow pattern; this combination of surface versus history.

Yes, about the objects and the music together, I think it’s about seduction, with flowers everywhere and the umbrellas, along with this organ and sax music. In the end it is somehow optimistic.

An omphalocele, a rare birth defect in which a fetus’s intestines or other organs develop in a transparent membrane sac… 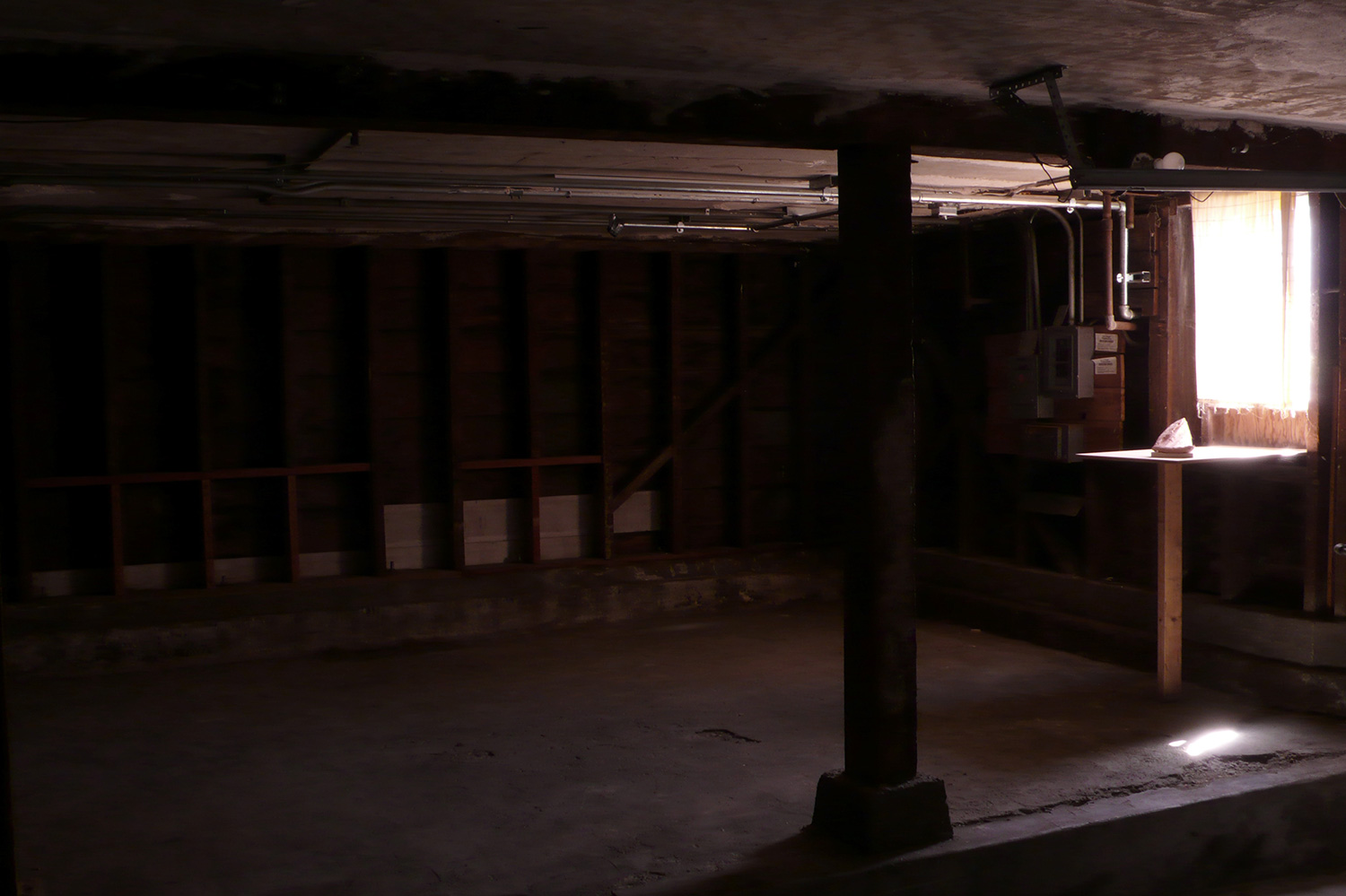